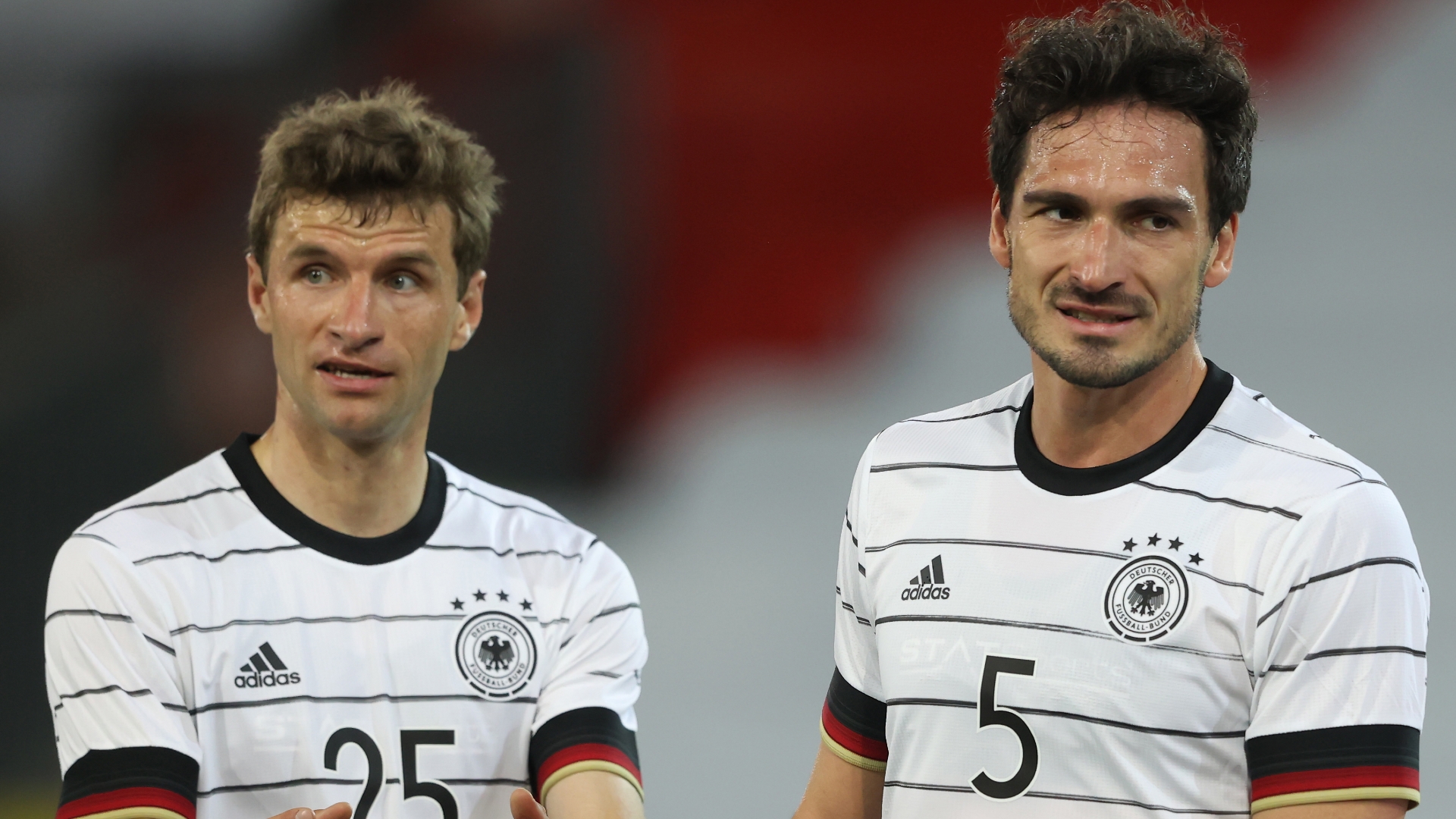 The duo, along with Jerome Boateng, were axed from their national team setup two years ago but have returned ahead of the European Championships

Thomas Muller and Mats Hummels made their official Germany return on Wednesday after a two-year absence.

Both players started in the 1-1 friendly draw against Denmark, completing their comeback after head coach Joachim Low expelled them along with Jerome Boateng in 2019.

Muller and Hummels were named in Germany's Euro 2020 squad, but Boateng did not make the cut.

Why were the trio dropped?

Germany's defence of their World Cup title went disastrously wrong at Russia 2018, as Low's side exited at the group stage.

Following that tournament, Low was under pressure to rebuild his squad and saw the veteran trio of Muller, Boateng and Hummels as players who could be ushered out.

Low's decision was controversial at the time and became even harder to justify as the trio continued to experience success at club level.

Prior to his final tournament as Germany head coach, Low decided to give Hummels, 32, and Muller, 31, another chance.

In an  interview with the German FA's website this week, Muller said he understood Low's decision at the time and did not harbour any hard feelings towards his coach.

"It was definitely a blow for me personally, but my situation back then wasn’t comparable with the last year and a half," the Bayern Munich star said. "It wasn’t exactly plain sailing for me and so I understood Jogi’s decision from a sporting point of view. I got what he meant. It’s all in the past, though."

What's next for Germany?

After friendlies against Denmark and Latvia, Germany kick off their Euro 2020 campaign with a group stage match against France on June 15.

Low's side will then close out group play with games against Portugal and Hungary.