After almost a year away, Gregg Berhalter has put together a roster that should have fans excited about the future of American soccer

When the U.S. men's national team takes the field against Wales on November 12, it will have been nearly a year since fans saw Gregg Berhalter's team at anything close to full strength.

Despite everything that has gone on away from the game, from an American soccer perspective, 2020 has been one of the most hope-inspiring years in recent memory, even if all but one international friendly in early February was postponed.

Over the course of the past 12 months, Christian Pulisic truly emerged as a focal point at Chelsea while Sergino Dest and Weston McKennie have joined megaclubs themselves in Barcelona and Juventus, respectively.

Gio Reyna broke through at Borussia Dortmund, Zack Steffen has started for Manchester City and the list goes on and on.

Tyler Adams' goal to send RB Leipzig to the Champions League semi-finals is somehow the fifth-biggest USMNT storyline of the past 12 months.

And with all that comes optimism.

Despite nearly a year-long break, the USMNT is set to reconvene in November and, although talented MLS stars such as Brenden Aaronson, Mark McKenzie, Jozy Altidore and Jordan Morris are not involved, this will offer supporters the closest look at what this new-look USMNT can be.

Berhalter has used this opportunity to call in some fresh faces and cause some major surprises in his latest squad, with the likes of Valencia starlet Yunus Musah being called in despite his uncertain international future.

This is a roster with balance between youth and experience, even if some of the group's more experienced faces are barely over the drinking age.

For the first time in what seems like a lifetime, there is a game on the schedule, one that gives Berhalter a chance to start putting puzzle pieces together ahead of World Cup qualifiers next year.

With that said, Goal has taken a closer look at the major talking points in Berhalter's squad...

It has been several months since Gio Reyna broke through into the Dortmund first-team, making him the latest American star to truly shine at a European superpower.

And now, as he remains in incredible form for the Bundesliga outfit, Berhalter can finally get him involved.

Reyna was expected to make his USMNT debut in March, but the coronavirus scuppered those plans.

In the months since, the teenager has taken on an even bigger role for Lucien Favre, playing both on the wing and as a No.10 in a team lead by young stars Erling Haaland and Jadon Sancho. 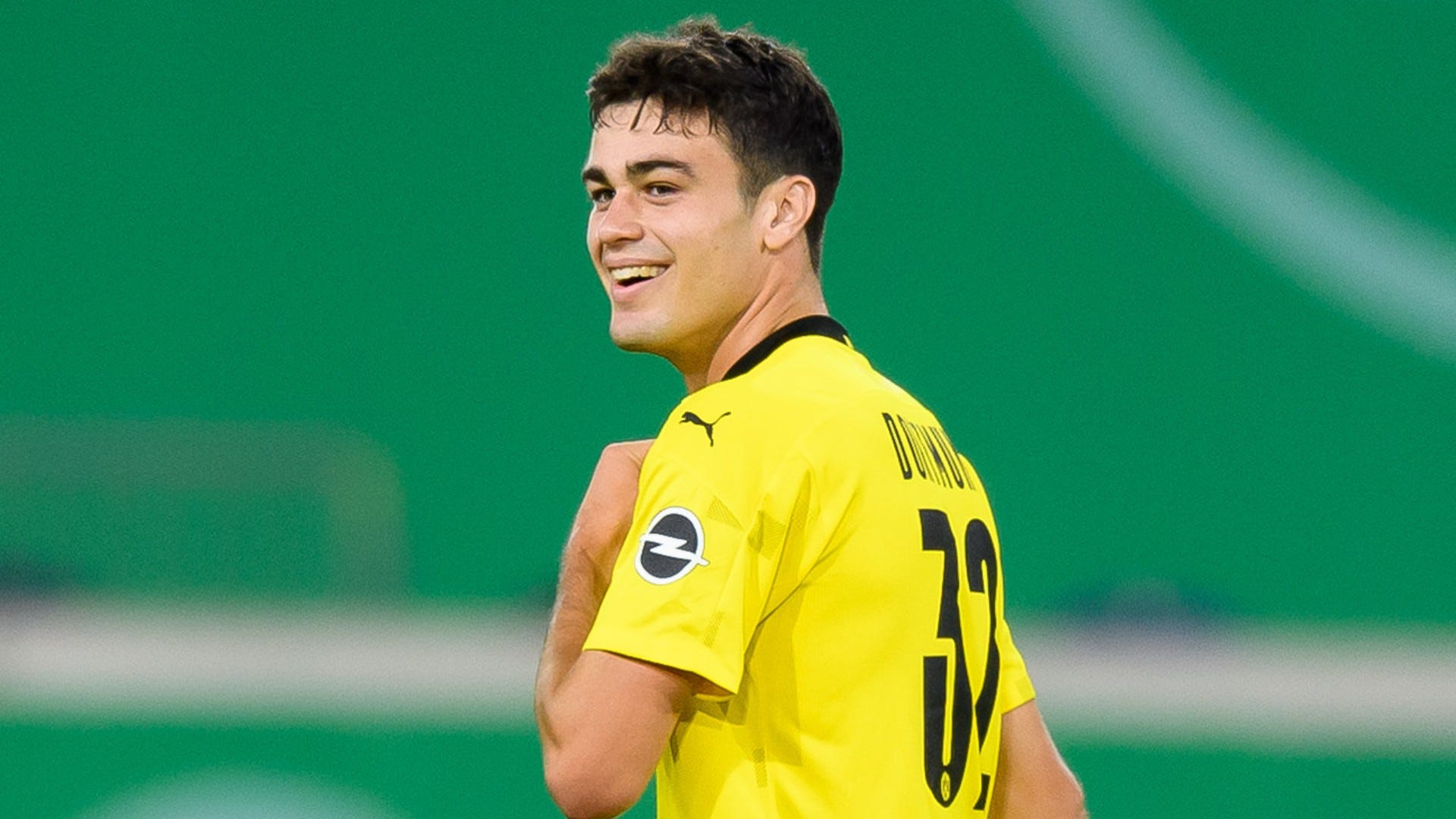 While he can play as a No.10 with Weston McKennie and Tyler Adams handling defensive duties behind him, Berhalter says that it is far more likely that Reyna will start off on the wing opposite Chrsitian Pulisic, at least initially.

“For us it’s about the same thing. It’s about putting him into a position to affect the game," he said. "We generally play a 4-3-3.

Regardless of where he plays, the U.S. seems to have a star in Reyna; one that will finally have the chance to take the major leap into the senior team.

Musah and Soto provide both questions and answers

There were some big surprises in this USMNT squad, but none were bigger than the inclusion of Yunus Musah.

The New York-born England youth international had not previously indicated that he would represent the USMNT but, having now broken through at Valencia, here he is.

For those unfamiliar, the-17-year-old former Arsenal midfielder has emerged for Valencia this season, scoring his first goal for the club on Sunday.

Part of Musah's breakthrough is out of neccesity, with the Spanish side having undergone the firesale of all firesales this summer, which is causing a cultural crisis at the club.

But part of Musah's breakthrough is also that he is a promising player, even if he is not one that looks set to be a gamechanger at the international level just yet.

The good thing is he does not have to be, and it is not guaranteed he will even remain with the USMNT going forward.

Musah will remain eligible to represent England, Italy or Ghana even if he does feature against Wales or Panama, and the cynic may see this call-up as a way for him to force England's hand. 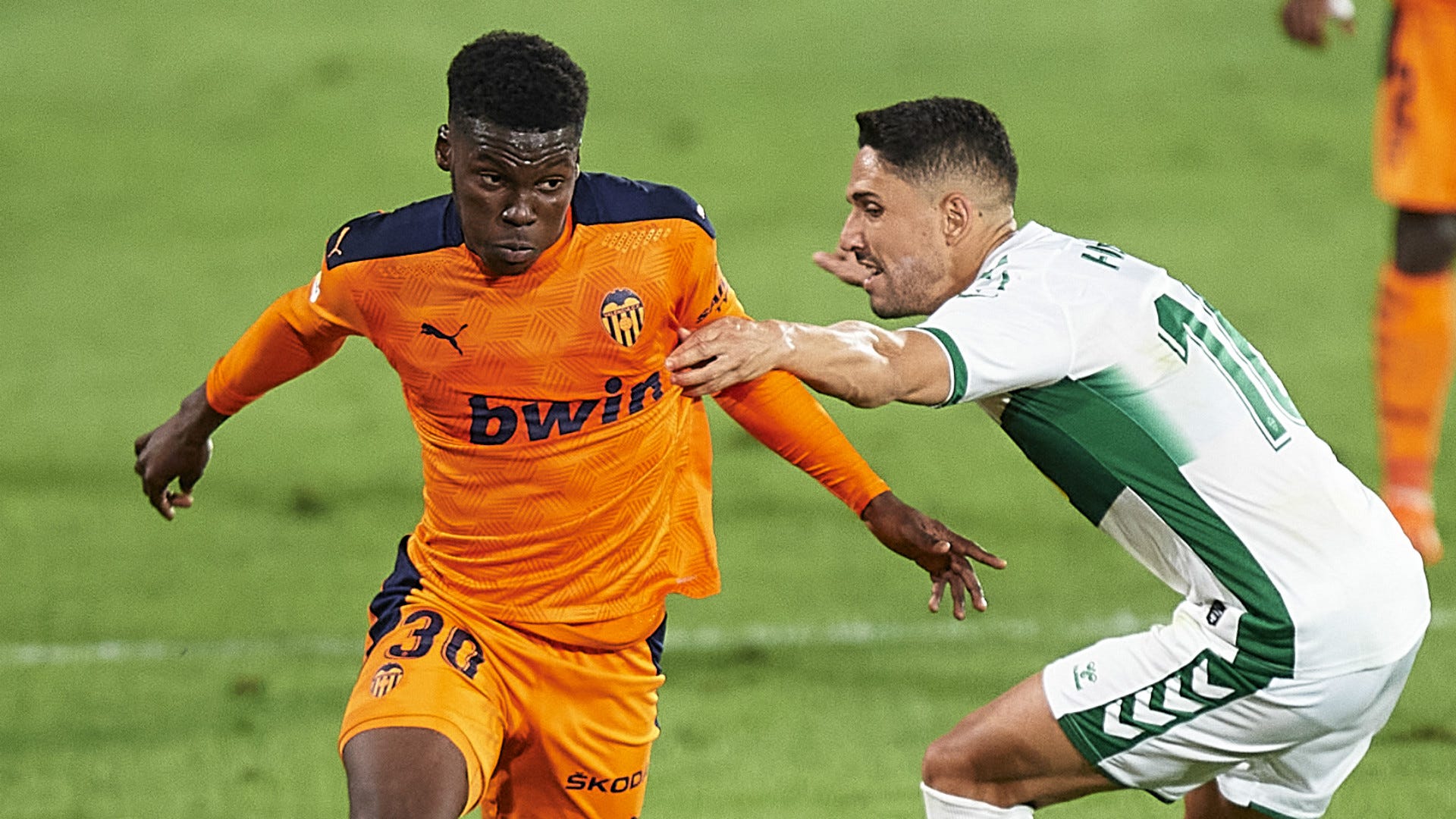 The optimist, though, sees him as another potentially talented piece; one that has a realistic pathway to the World Cup in 2022.

“What we see from (Musah) is a player that’s hungry, he’s hungry to make his impact,” Berhalter said. “He has a connection with the United States. He loves the direction the team is going in, he loves the young talent that he can be alongside, and we see him as having a ton of potential.

"He’s obviously chosen us now, but there’s still a long-term implication that’s yet to be decided.”

Musah is not the only addition that has options elsewhere either, as Sebastian Soto was called into camp despite recent flirtations with Chile.

His status with the South American nation remains unclear, as he may or may not already have a Chilean passport, but it is a good sign for the U.S. that he is here and ready to contribute.

In the days leading up to the USMNT squad announcement, much of the discussion concerned Christian Pulisic.

The Chelsea star recently injured his hamstring in the warm-up ahead of Blues' clash with Burnley, putting his status in doubt for the upcoming international break.

And though his presence in the squad is undoubtedly good news,, it remains to be seen if he is fit to actually play.

He added: “He is one of the leaders on our team and we will rely on him to help guide this team. At such a young age he’s already played a ton of Champions League games, World Cup qualifiers. You name it, he’s done it. He certainly is a leader on this team.”

The thought of Pulisic leading a team that involves Reyna, Adams and McKennie is an enticing one, especially given the fact that fans have not seen this team at full strength in nearly a year.

However, if the ex-Dortmund man is unable to play, it could open up the opportunity for a player on the fringes to stake their claim for a regular starting berth.

Perhaps that player could be Konrad de la Fuente, the teenage Barcelona star who has shone while playing up an age group with the youth national teams.

It may be Timothy Weah, who has seen his development derailed by injuries since making his move to Lille from Paris Saint-Germain. 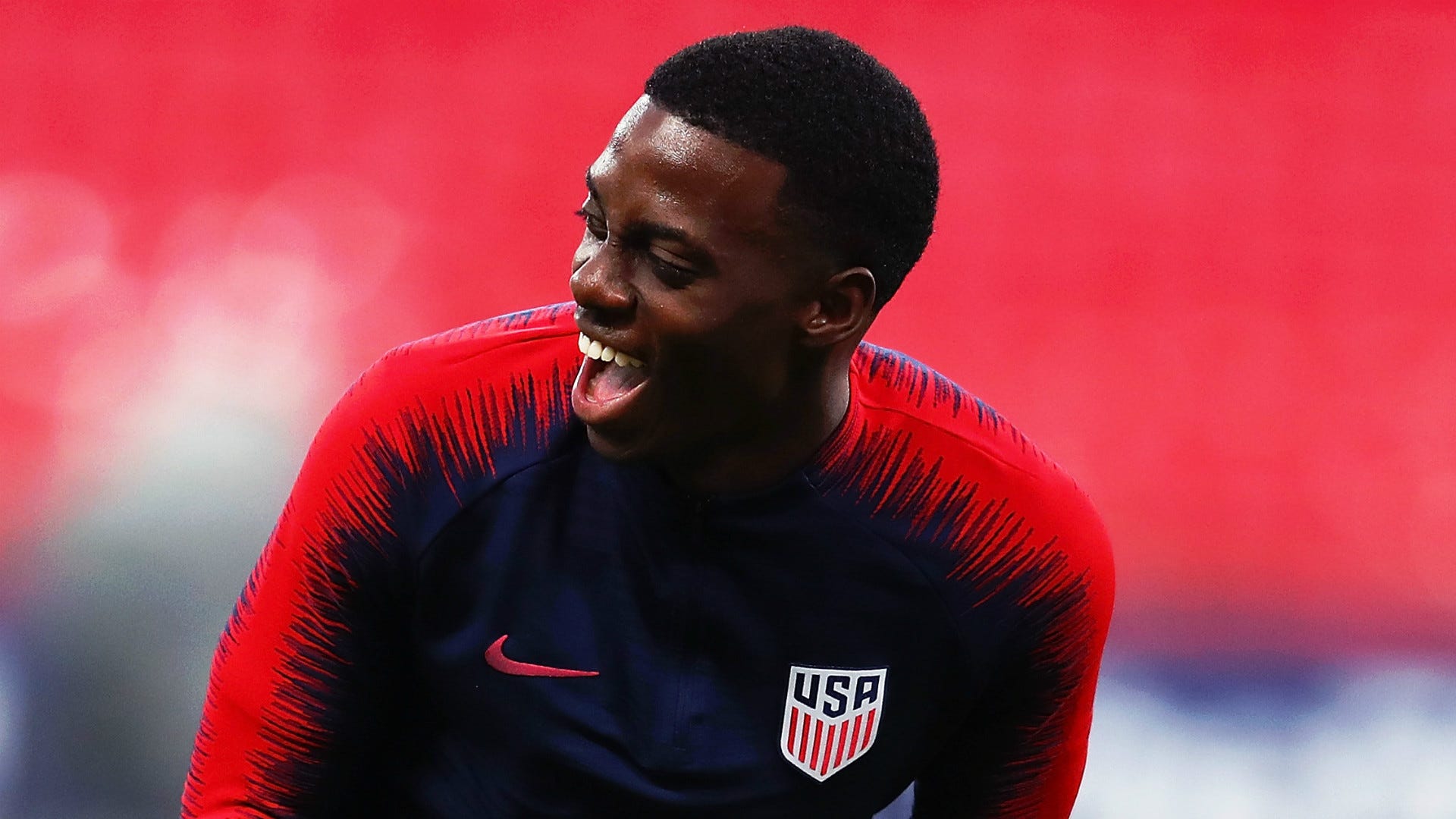 Maybe it could be Uly Llanez, one of the stars of the January camp, or it may be a newcomer such as Nicolas Gioacchini.

But, while the wing spots are interesting, all eyes are on the No.9s.

The USMNT is still crying out for a striker to truly claim that spot, wrestling it from Jozy Altidore's hands in the process.

Josh Sargent, by and large, is the favorite to get that done, despite some struggles with lowly Werder Bremen. Soto, too, remains an option, especially given his recent form with Telstar.

As for MLS options, Altidore and Gyasi Zardes remain in the picture, while youngsters such as Toronto FC’s Ayo Akinola and Orlando City rookie Daryl Dike could be called-up sooner rather than later.

The point is, with the World Cup just two years away, the No.9 spot is there for the taking, and a strong performance from Sargent, in particular, would go a long way towards actually making it his own.

Is this the most talented USMNT team ever?

There have been a lot of good U.S. teams, with the 2002 World Cup and 2009 Confederations Cup squads coming to mind. But the national team has never had this much raw, top-level talent on one roster.

Nine of the players in this squad play for Champions League clubs, the most in USMNT history.

Several others, such as Musah, Sargent, Antonee Robinson and John Brooks, are playing for established clubs in Europe's top-five leagues, while up-and-comers like De la Fuente and Richie Ledezma appear to be nearing their own breakthroughs.

Even without MLS stars like Altidore, Brenden Aaronson, Mark McKenzie and Jordan Morris, this team is loaded with talent.

“It’s a great step for American soccer,” Berhalter said. “I’m a firm believer in the measure of talent in any given country is based on how many players they have playing in the Champions League. So I think it’s really important that we get those numbers up. 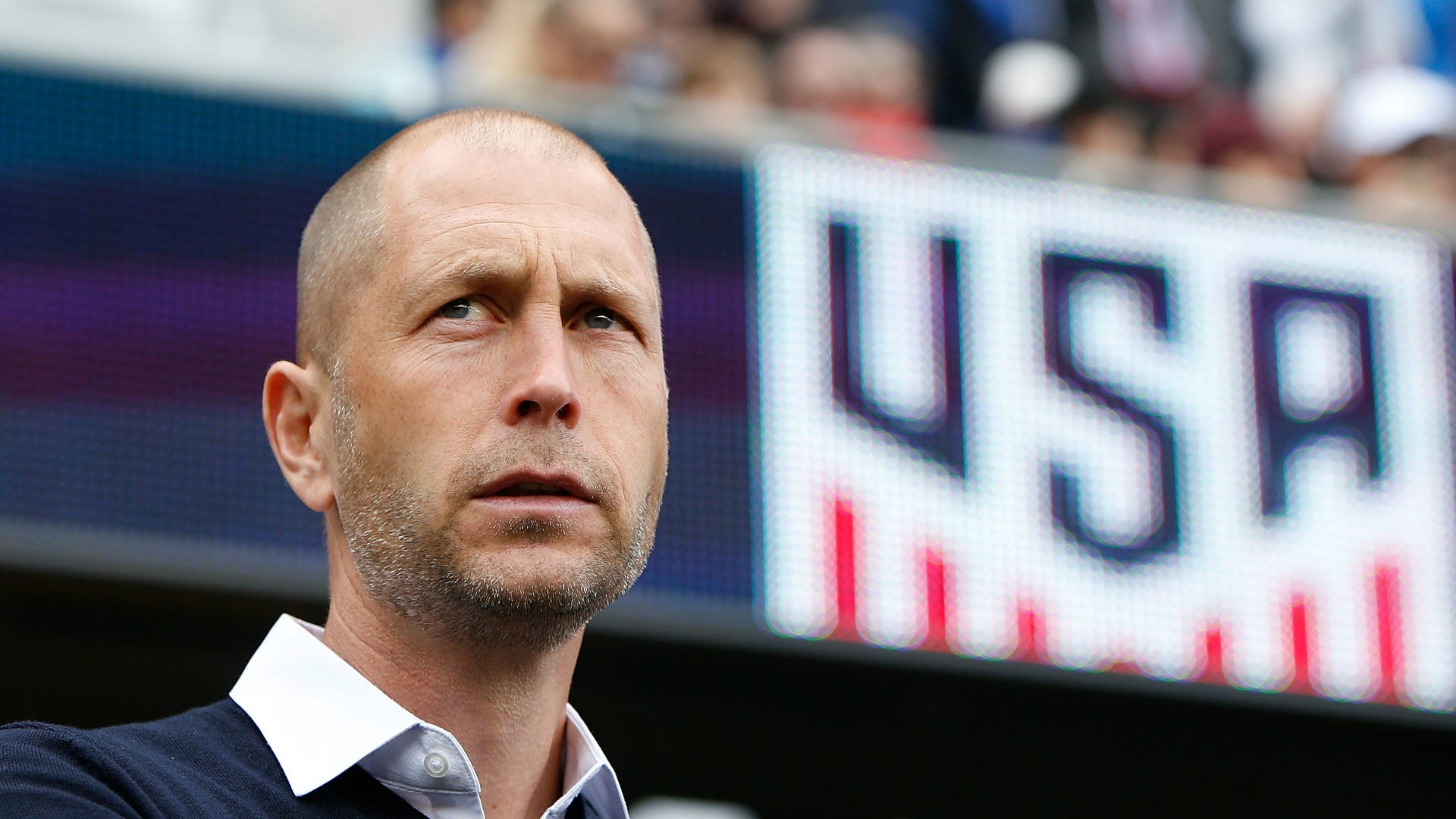 "And I think the two things that lead to success is having a strong domestic league and then to have players playing the Champions League, and it’s good to see that we have that.”

Despite all that, this team, both now and in the coming years, is built on promise, on hope.

When camp starts, the roster will have an average age of 21 years, 300 days, with the average number of caps set at nine. This team is young, to put it bluntly.

With the likes of Pulisic, Reyna, McKennie, Dest and Adams all finally in the same squad, could this be a moment akin to the assembling of the Avengers? Quite possibly.

Could this finally be the start of a golden generation, one that starts at the perfect time with 2022 and 2026 looming? Maybe.

But fans will have to wait and see. There is reason for optimism, but optimism does not guarantee anything.

There will be growing pains, especially in the months to come, and some of these players, as good as they are, may not reach their potential.

For now, though, there is reason to be excited, perhaps hyperbolic, about a team that has more players playing at a higher level than ever before.