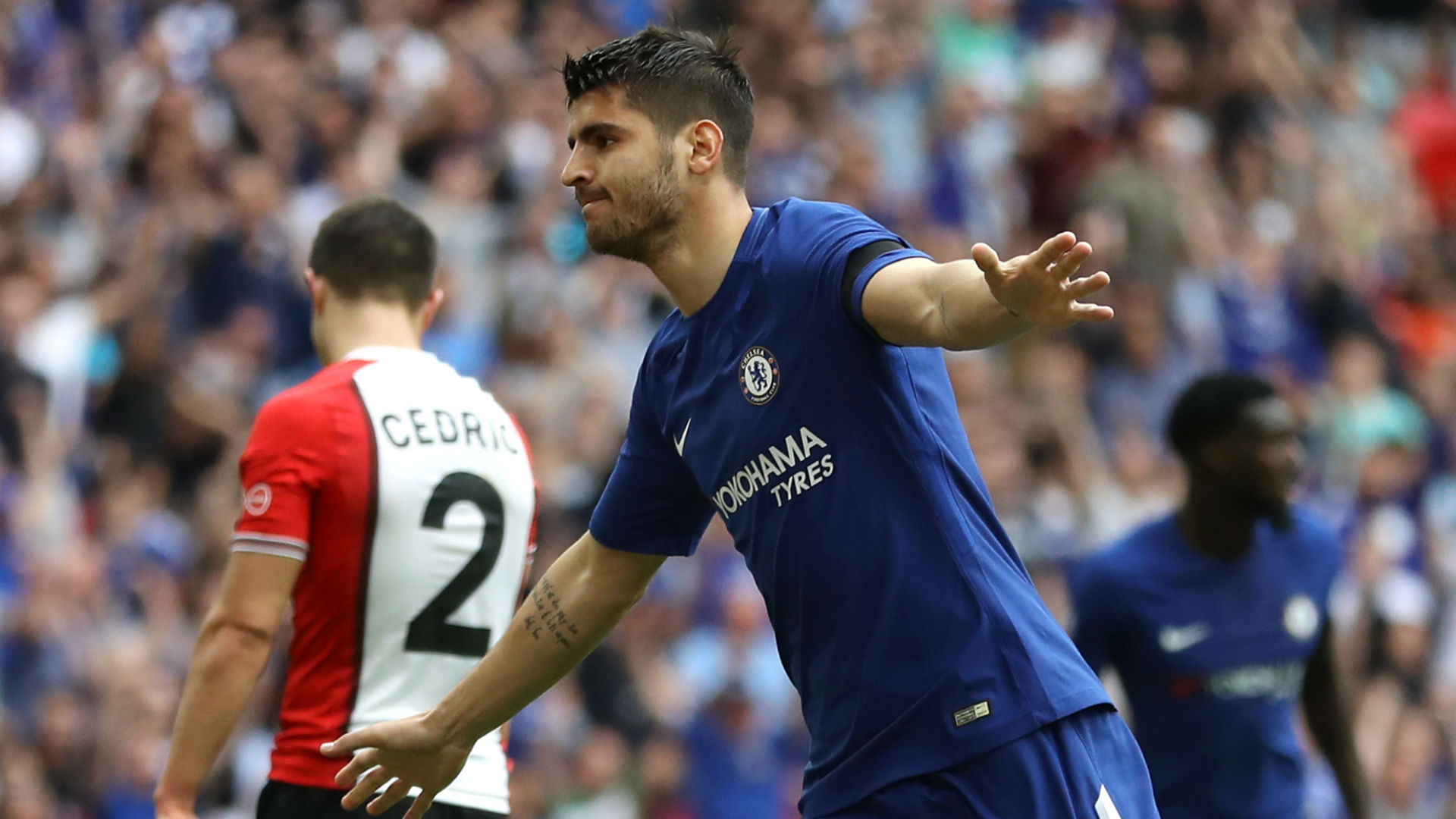 The Blues striker has had a patchy season, but that hasn't stopped his old club publicly expressing an interest to sign him in the future

Alvaro Morata has been backed to be a success at Chelsea and advised to reject a return to Juventus by former Blues striker Hernan Crespo.

He has scored 15 goals for Chelsea, but has struggled for form and fitness on occasion, and he is wanted back at former club Juventus for next season.

But Crespo, who won the Premier League title with Chelsea and also enjoyed a productive spell in Serie A, feels the 25-year-old should stay in west London, if he is happy at the club.

"I think he is a great player,” Crespo, who returns to play at Stamford Bridge on Friday as Chelsea Legends face Inter Forever, told Goal. “He is a young player who has a lot of trophies already.

"However, you need to be patient. He has showed he is a very good striker, but normally when you play in a big team it is difficult to be at a high level for the whole year. In the past, the same thing happened at Juventus, but that is because he is young.

"He can be the future of Chelsea but it depends on him. It is important to see if he is happy. If he is happy at Chelsea and he can show his best in this team then it would be great for everyone, but if he wants to come back to Juventus and make another experience then we will see.

"It is different than my experience at Chelsea because I was older than him. I had already been past my best level. The Premier League at that time wasn’t the best in the world. Now it is. At that time, when I played, Serie A was actually the best. Then, AC Milan called me, the second time was Inter.

"It was difficult for me to adapt that way around. If you want me to offer my personal opinion, I say stay at Chelsea! Show your best there because you play in the best league in the world. Chelsea can win the league again. They have big decisions to make, to go with Conte or not.

"For the players, though, everything is clear for their futures, it is down to them to choose. I think he should stay and that’s regardless of the manager, but you never know, whoever the manager is may have other ideas."

Tickets can be bought for Chelsea legends versus Inter Forever through Chelsea's official website. The match is in memory of Ray Wilkins, who passed away last month.