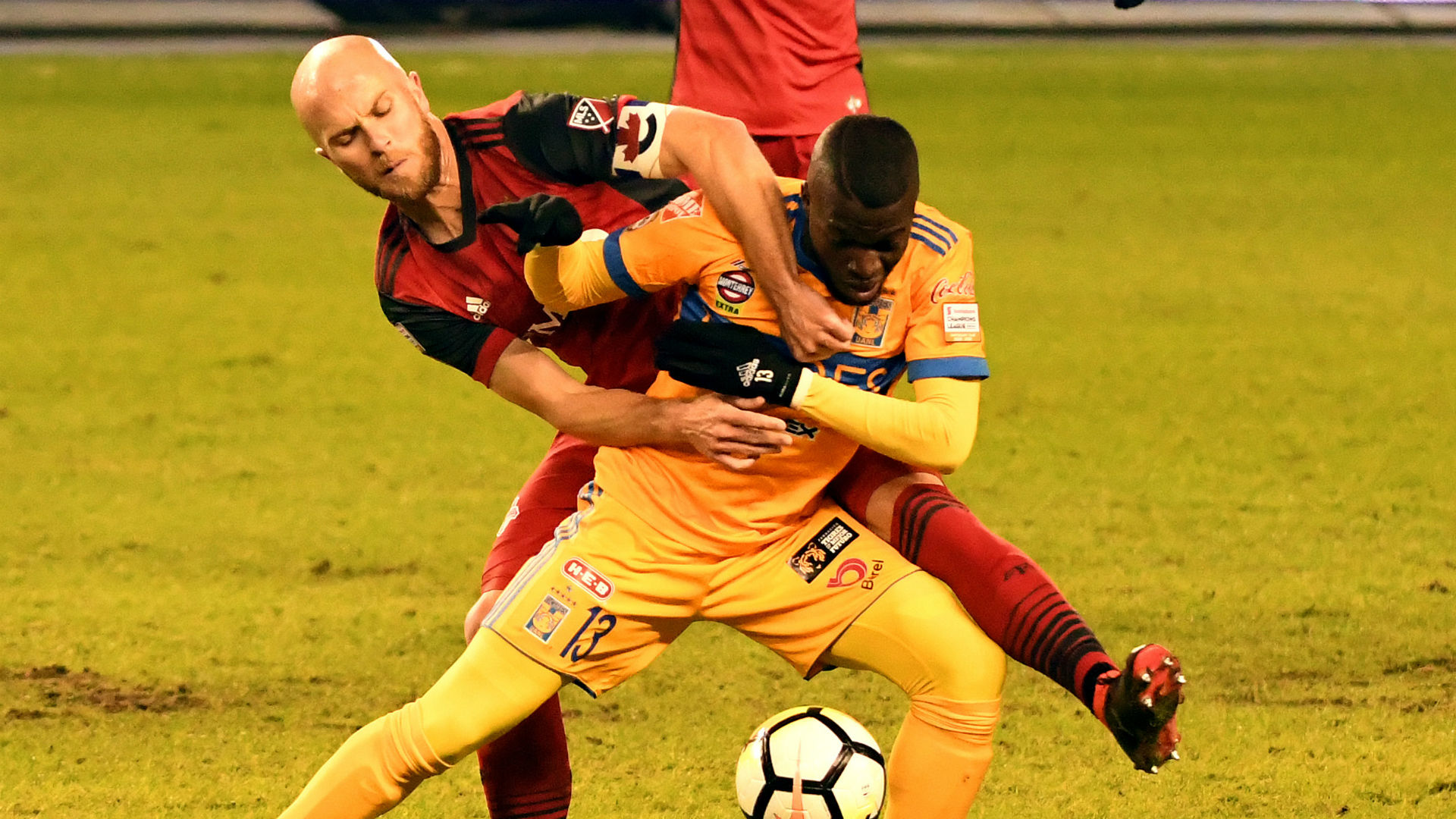 It is a banner day for MLS.

All three teams remaining in the CONCACAF Champions League beat their Liga MX opponents in the first legs with Toronto FC topping Tigres 2-1 and the Seattle Sounders getting a 1-0 result over Chivas. The New York Red Bulls did it on the road, withstanding a furious effort from Tijuana to escape Estadio Caliente with a 2-0 victory on Tuesday.

These advantages are nice, but the celebration will become embarrassment if, say, the Red Bulls slip up at Red Bull Arena or Tigres flex their muscle at home and roll into an all-Mexican semifinal.

Fans with long memories will recall both feelings - that MLS is finally going to break through and the crushing disappointment of another failure in Mexico. The 2013-14 CCL quarterfinals saw all three MLS teams get results against Liga MX opposition. Then, Cruz Azul beat Sporting Kansas City 5-1 in Mexico City, Tijuana topped the LA Galaxy 4-2 at the Caliente and Toluca beat the San Jose Earthquakes in a penalty shootout.

Things are different this time around, though. MLS really has grown and done so in ways that make the league more competitive in international club competition. Some of the main issues that were keeping MLS teams from having any chance at regularly getting past Mexican competition have become less significant.

TAM, the latest method permitting teams to spend more on individual player salaries and spend on the team in general, has been flowing - especially with the teams at the top. Toronto FC is the most expensive MLS team in history. It shows. Not only does TFC boast stars like Wednesday's Man of the Match Michael Bradley and Sebastian Giovinco, it also can afford to bring in a player like Gregory van der Wiel to defend Tigres' left side even with other former European club players like Javier Aquino and Eduardo Vargas included.

The other issue has been depth. The money helps there, too. More relevant, though, is that MLS teams are beginning to see fruits of the seeds planted years ago. Jonathan Osorio, whose spinning backheel winner should be put on a lenticular postage stamp if TFC wins the CCL, is a TFC youth product. Marco Delgado, who set up Jozy Altidore's equalizer, is a Chivas USA refugee.

The Sounders also had a mix of stars, like scorer Clint Dempsey, and youth products who coach Brian Schmetzer felt comfortable tossing into the mix against Chivas (the Mexican one, which still exists). Handwalla Bwana, who joined the Sounders Academy in 2015, didn't look out of place at all going at the Chivas defense while it was homegrown Henry Wingo who set Dempsey up for the tally.

The gap is closing between MLS and Liga MX. That's been true, though, regardless of results in a tournament. The true test will be results over time. For now, that still heavily favors Liga MX.

This matchday, though, gave fans in the U.S. and Canada positive evidence that things are changing, that their sides won't be steamrolled every time. The Red Bulls, TFC and the Sounders can have hope that they'll keep the MLS flag flying high throughout the CCL. Instead of another entry in the book like the 2013-14 tournament, 2018 may be a new chapter.