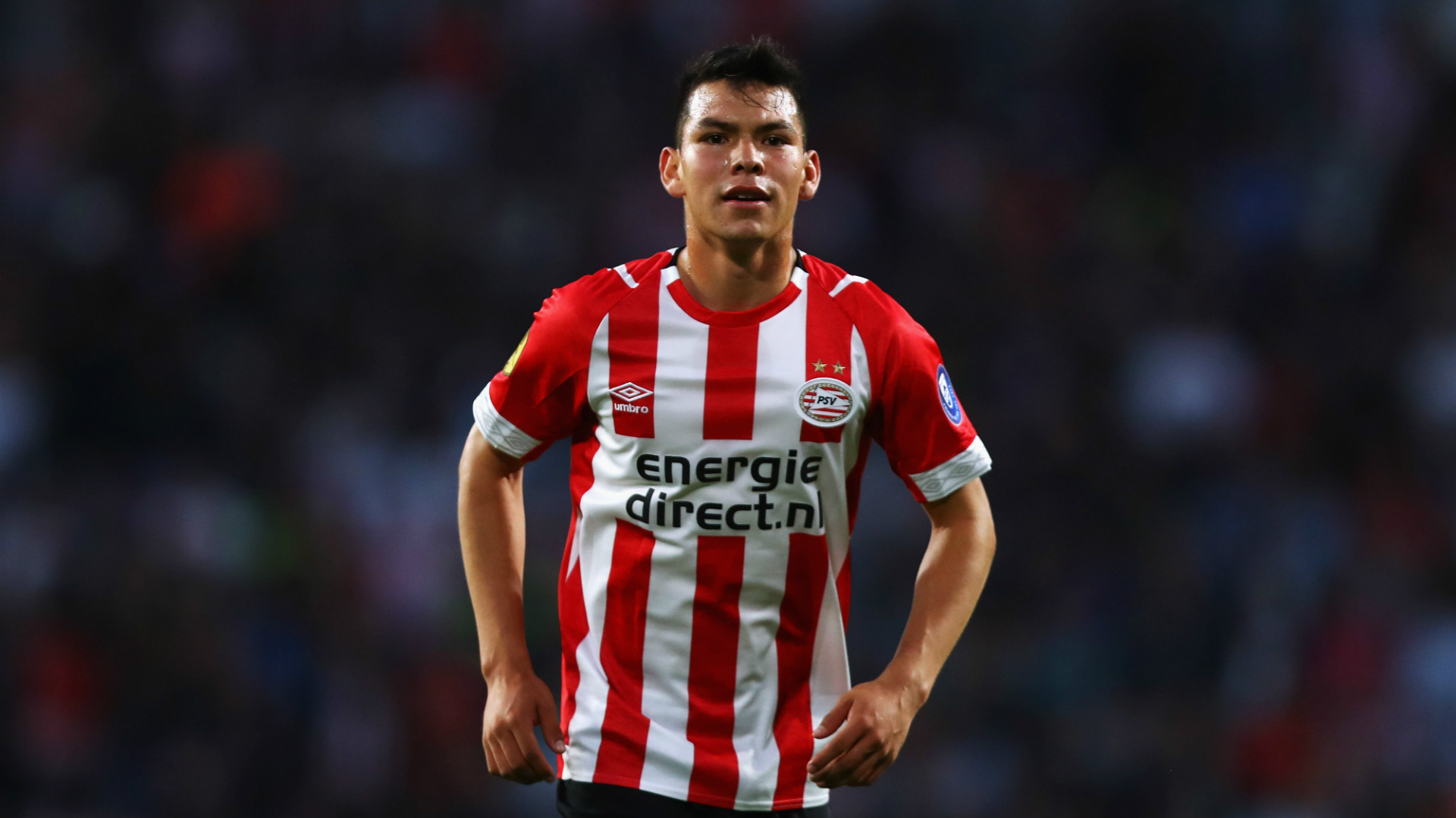 Chucky got a goal this weekend and another in Belarus, while the former Santos defender saw his first minutes in Spain

More European leagues got started this week, with play opening in Spain and Italy, and that meant more Mexican players getting involved in European action.

It was the second week of play, though, for Hirving Lozano, for whom it was business as usual. "Chucky" made a near-post run and finished off a pass from Angelino to give his club the lead over Fortuna Sittard on Saturday in league play. He then was taken out shortly after the hour mark as PSV eventually earned a 2-1 victory.

He was back on the scoresheet with a beautiful goal in his Champions League debut on Tuesday. Lozano scored the second of PSV's three goals in a 3-2 victory over BATE Borisov that sends the series back to Eindhoven for the Dutch side to close out. After having a point-blank header saved in the first half, the Mexico star unleashed a curler from outside the box that flummoxed BATE goalkeeper Denis Scherbitski.

Nestor Araujo is a new face in Europe, one of the few El Tri players who made the switch this summer. A knee injury kept him out of the World Cup, but he looked to be back at 100 percent for former Monterrey manager Antonio Mohamed's Celta de Vigo. Araujo went all 90 minutes in a 1-1 draw with Espanyol.

Potential El Tri center-back partner Hector Moreno was a rumored transfer target during the offseason, but also played the full match for his club in Spain. Moreno helped Real Sociedad to a 2-1 victory over Villarreal. Miguel Layun didn't get to make his debut with the Yellow Submarine, though it will come sooner rather than later. Oswaldo Alanis is looking for a new club after being released from his Getafe contract; he never played for the La Liga side, where he signed this summer.

It was the second week of action for Porto, and Hector Herrera once again was in the starting lineup for the defending champions. Herrera fired off a rocket of a shot in stoppage time that hit the post, but after a video review was ruled also to have been handled by a Belenenses defender. That led to a penalty kick being converted for a 3-2 victory. Jesus Corona came in as a substitute, playing the final 26 minutes of the contest.

In England, Javier "Chicharito" Hernandez, made his first start of the season but couldn't change West Ham's luck as the Hammers fell 2-1 to Bournemouth. Raul Jimenez started a second consecutive match for Wolves but couldn't double his scoring total for the season as the club fell 2-0 to Leicester.

Even then, it was a better day for the Mexican forwards in the Premier League than for El Tri defenders in Germany. Carlos Salcedo and Eintracht Frankfurt fell to a fourth-division side in the German cup, ending their defense of the trophy in the very first round. Salcedo was booked early and came off in the 78th minute of the embarrassing defeat.