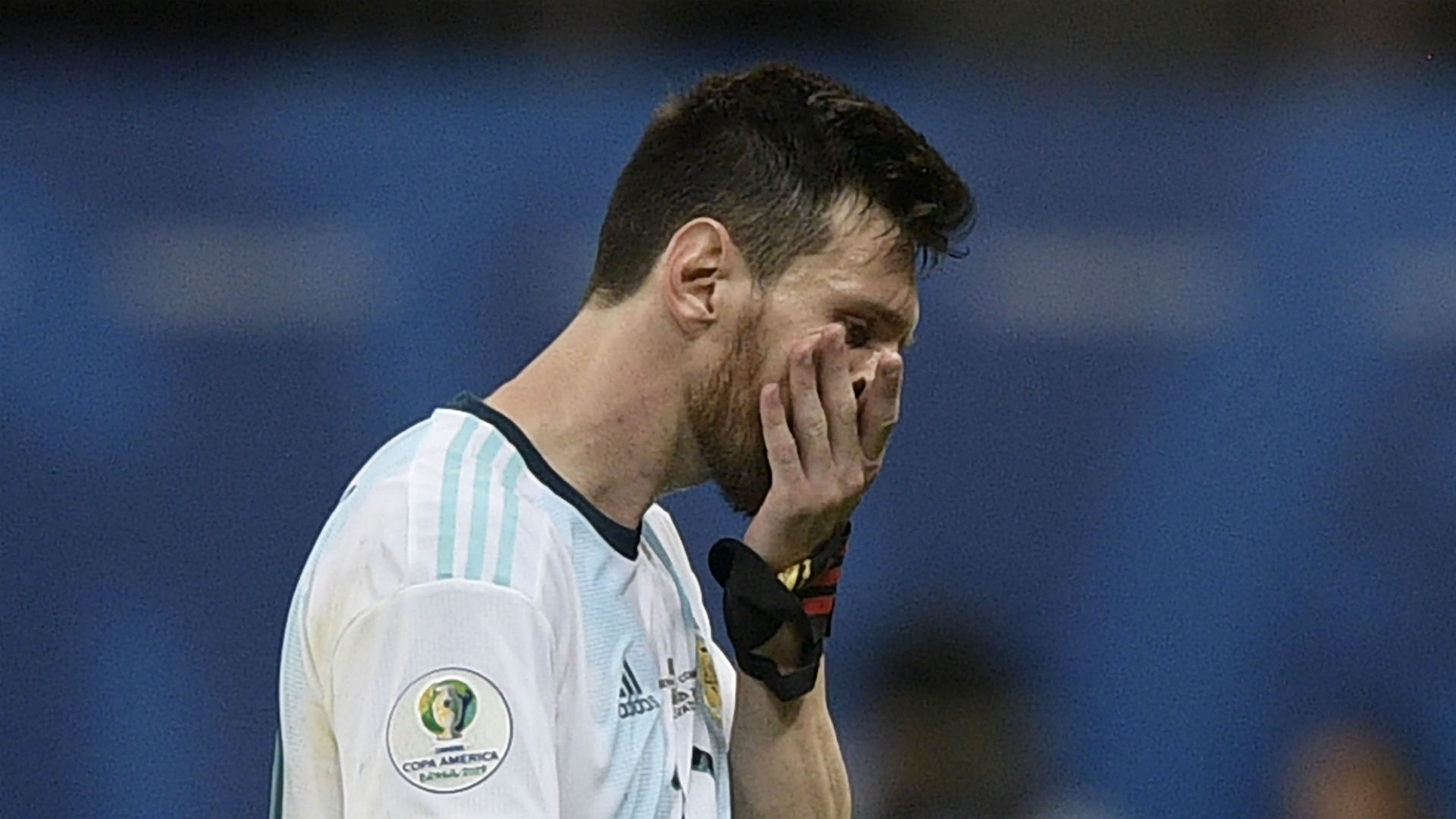 The Albiceleste captain was just as powerless as the rest of the disappointing Albiceleste, who were deservedly beaten by Colombia in Salvador

The defeat was bad enough; the manner of defeat is what will hurt most. Lionel Messi was made to look a mere mortal by Colombia as his Argentina team were bullied and outplayed in Saturday's Copa America curtain-raiser in Brazil, falling to a 2-0 reverse that lays bare the myriad problems afflicting the supposed international giants.

The lack of cohesion, the lack of collective play, the lack of anything remotely resembling a coherent team: these are the failings that will haunt Argentina after a dishevelled performance that bordered on anarchy at times in Salvador.

Expectations around the Argentina team going into this year's Copa were the lowest in recent memory. Even so, the Albiceleste failed to fulfil even the most minimum of requirements as they were comprehensively outplayed in a turgid first half.

Pinned back by an effective Colombia press and hardly aided by some inexcusably sloppy passing out from the back, Messi was essentially a spectator as his team struggled to pass the halfway line. With one of his few touches, nevertheless, the Barcelona man fashioned perhaps Argentina's only noteworthy chance early on.

An exquisite pass from distance sent Sergio Aguero haring after the ball while Colombia tended to the injured Luis Muriel. David Ospina almost made a hash of his clearance before recovering to dispossess the striker – unrecognisable from his form in a Manchester City shirt – and play was eventually stopped to allow Muriel to exit the pitch, an early injury blow for Carlos Queiroz's charges.

It almost proved a blessing in disguise, however, as replacement Roger Martinez gave the sluggish Argentina defence a torrid time with his movement and touch around the box in tandem with veteran warhorse Radamel Falcao.

Again, they were helped in their pursuit by the Albiceleste's own kamikaze tendencies. An inexplicable exchange between Franco Armani and Nicolas Otamendi almost let James Rodriguez in under the posts, the Bayern star just failing to get a shot away before Argentina scrambled the ball behind Armani's net.

Above all Argentina's woes were a signal of the chaos which has engulfed the team since the 2018 World Cup, an uncertainty exacerbated by the presence of novice coach Lionel Scaloni. Saturday marked the first competitive match Scaloni had ever experienced as a trainer, at any level, and it showed in a display that was disjointed, disorganised and painful to watch at times.

In the second half at least the Albiceleste showed a little more initiative, in large part driven by an excellent Copa introduction from Rodrigo De Paul, who replaced the insipid, ineffective Angel Di Maria at the break. Leandro Paredes went close with two long-range efforts before Messi nodded agonisingly past the post, not before taking a brutal hit from Juan Cuadrado that saw the Juventus man booked and replaced to avoid a different coloured card making an appearance.

At the height of Argentina's tepid recovery, however, Colombia struck with the goal of the Copa America so far. Martinez had no trouble in shaking off the attentions of Renzo Saravia as he cut in from the right and barely broke stride as he unleashed a thunderbolt from outside the area that gave Armani no chance.

All of the momentum previously accumulated withered away, with a desperate Argentina never likely to claw the equaliser back and Colombia more likely to add another, as indeed they did five minutes from the end through Duvan Zapata. Particular mention must go to Scaloni's bewildering decision to replace Aguero with Matias Suarez, removing at a stroke his side's main threat in the area while Lautaro Martinez, fresh off hitting a double in his last Albiceleste game, clicked his heels on the bench.

Defeat does not spell the end of Messi and Argentina's Copa hopes. Even a third-place finish could be sufficient to make the knock-out stages, with clashes against Paraguay and Qatar still to come in Group B.

Unless a wholesale improvement is seen, however, the nation may as well wave goodbye to the tournament right now. Not even Messi could lift this clueless, apathetic team out of mediocrity, and their participation in Brazil will be short and painful on the evidence of Saturday's Salvador horror show.