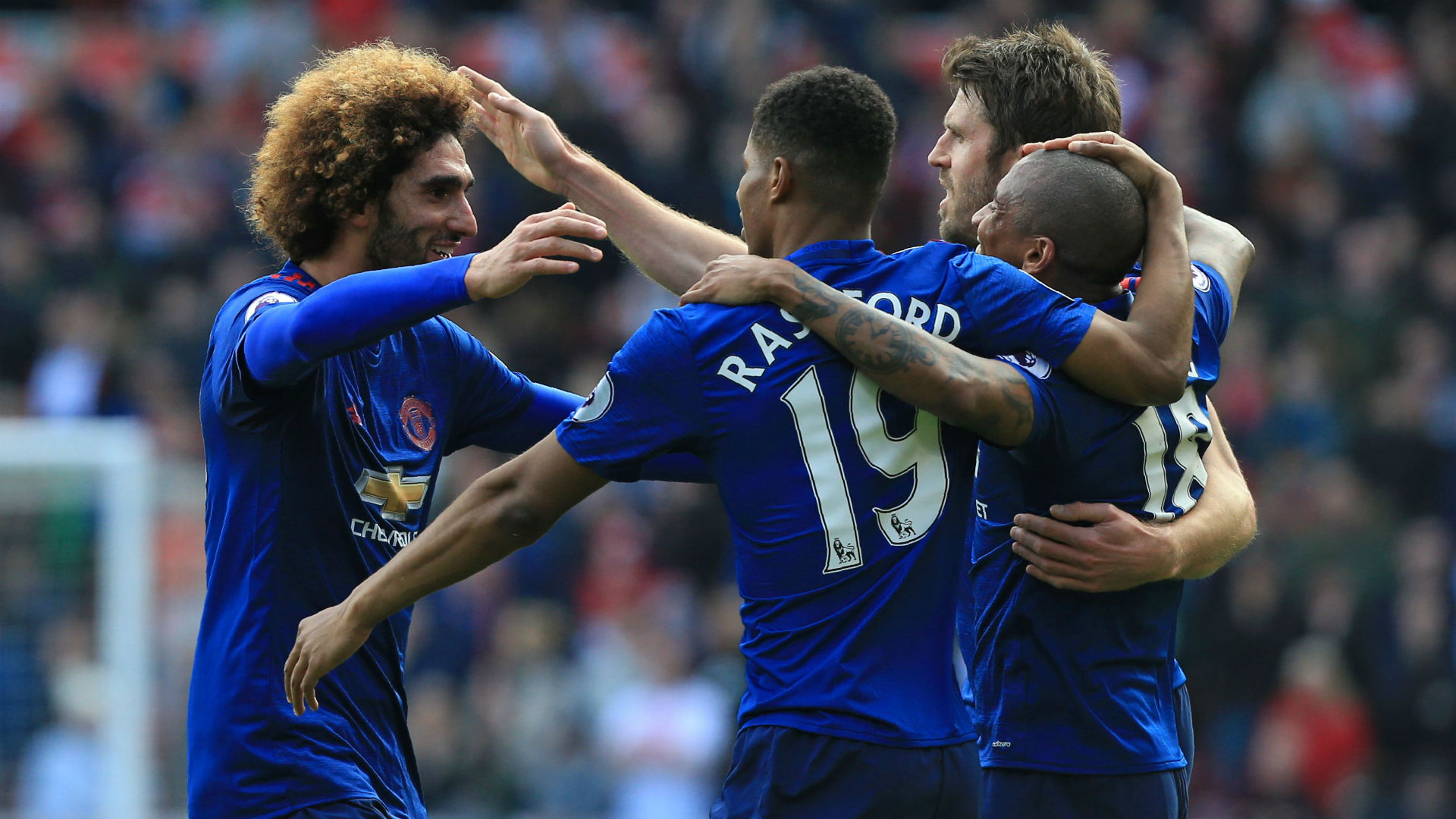 The Red Devils, as the most successful side in English top-flight history, wrapped up a milestone success as they prevailed 3-1 at the Riverside

Manchester United have become the first team to win 600 Premier League games following a 3-1 victory away at Middlesbrough.

The Red Devils have won the Premier League title on 13 occasions, with a record-setting 20 top-flight crowns secured in all.

As the most decorated side in English football, it should come as no surprise to find that the Old Trafford outfit have amassed a remarkable number of victories.

The success at the Riverside Stadium was United’s 14th of the current campaign, with that return enough to have them in contention for a top-four finish.

Jose Mourinho will feel as though they should have hit the 600 win mark before now, with 10 draws having frustrated his side at times.

The Red Devils have, however, been in impressive form of late and are unbeaten in top-flight action since October 23.

Marouane Fellaini and Jesse Lingard put United 2-0 up against struggling Boro, with Mourinho’s men showing no ill-effects from their midweek endeavours in Europe. Rudy Gestede pulled a goal back for the hosts, but Antonio Valencia made sure of the points in added time after a mistake by Boro keeper Victor Valdes.

The most productive seasons in United’s Premier League history have seen them collect 28 victories over the course of a single campaign – having achieved that feat on five occasions.

If they are to avoid setting a new low this term, then they will need to claim another five wins from their remaining 11 fixtures – with only 19 successes secured in two of the last three seasons.