Casey Stoney's side are not far off the Women's Super League champions, but it will take time to go to the next level

Manchester United have won all the plaudits this season but Sunday’s defeat to Chelsea was a reminder of what they need to win titles.

Casey Stoney’s side were top of the Women’s Super League at Christmas, unbeaten in the first half of what is just their second season in the top flight.

In November they beat Arsenal, the 2018-19 champions. A week later, they came from 2-0 down to draw with Manchester City, who have finished in the top two of the WSL every year since 2015. On the opening weekend of the season, with a depleted team, they came from behind to draw 1-1 with Chelsea too.

Such incredible form has turned United into unlikely title contenders. The club wanted to secure Champions League football this season by finishing in the top three and their performances and results since have made them heavy favourites to do so.

But to then go that next step and have a team capable of winning a title is not something that can be built overnight, it’s something that takes time.

“First half, we weren't near our standards, I thought [in the] second half [we were] a lot better. Lauren James comes on and does what Lauren James does, and equalises for us. Then I think at that point, you take a point,” Stoney said after the game, with United lacking that ability to manage a game that Chelsea’s experienced players delivered in abundance.

“That's what you've got to learn. Take a point, defend well, do the basics really well.

She's at it again! 🔥@frankirby with her FIFTH goal in two games! #BarclaysFAWSL pic.twitter.com/Nlrv5ROYbH

“It's a heavy lesson for all of us, me included - but having said that, [Chelsea] have been building [this team] for nine years, they've got a team of world class players and we're not far away.”

Of the players in Chelsea’s first-team squad to have played a league game this season, only Jessie Fleming hasn’t won a major honour – and even she is a 77-time senior Canada international at 22 years old.

It’s a team Emma Hayes has spent years putting together, with no obvious weak spot in what is the best squad in England and one of the best in Europe.

They have title-winning experience and big game experience that keeps those titles and results coming.

United, meanwhile, have a squad with lots of young, talented players who have yet to taste that glory. Many of them are only in their second seasons of top-flight football. Again, with the club only three years old, it’s no surprise. 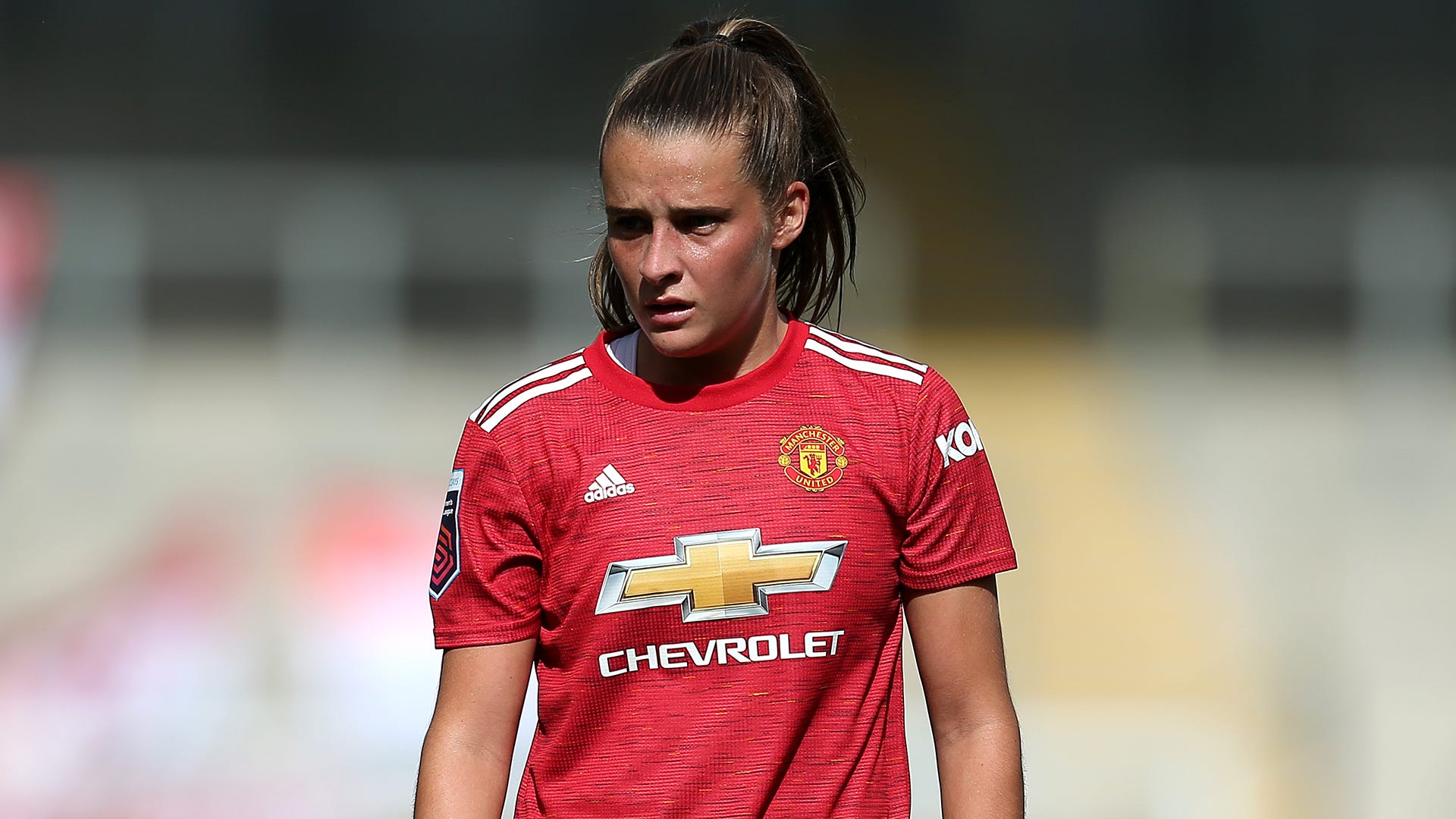 The surprise, though, is how quickly United have come on. The pace at which they’ve developed into a team that belongs at the top end of the WSL is so impressive.

That’s a testament to Stoney’s work in particular. Her leadership ensures this team carry the right attitude, staying grounded after big days and staying focused after tough ones.

She’s already impressed Tobin Heath, the two-time World Cup winner who has sung the former England international's praises this season. With Stoney's reputation as a coach building, and the size of United as a club, big names like Heath will continue to want to join this team in their quest for those first trophies.

Hayes herself knows all about the journey Manchester United are on. She was there several years ago with Chelsea.

“I would say [having the title-winning experience] is an advantage because I know what it's like to be the team aspiring to do that too,” the Blues' manager said. 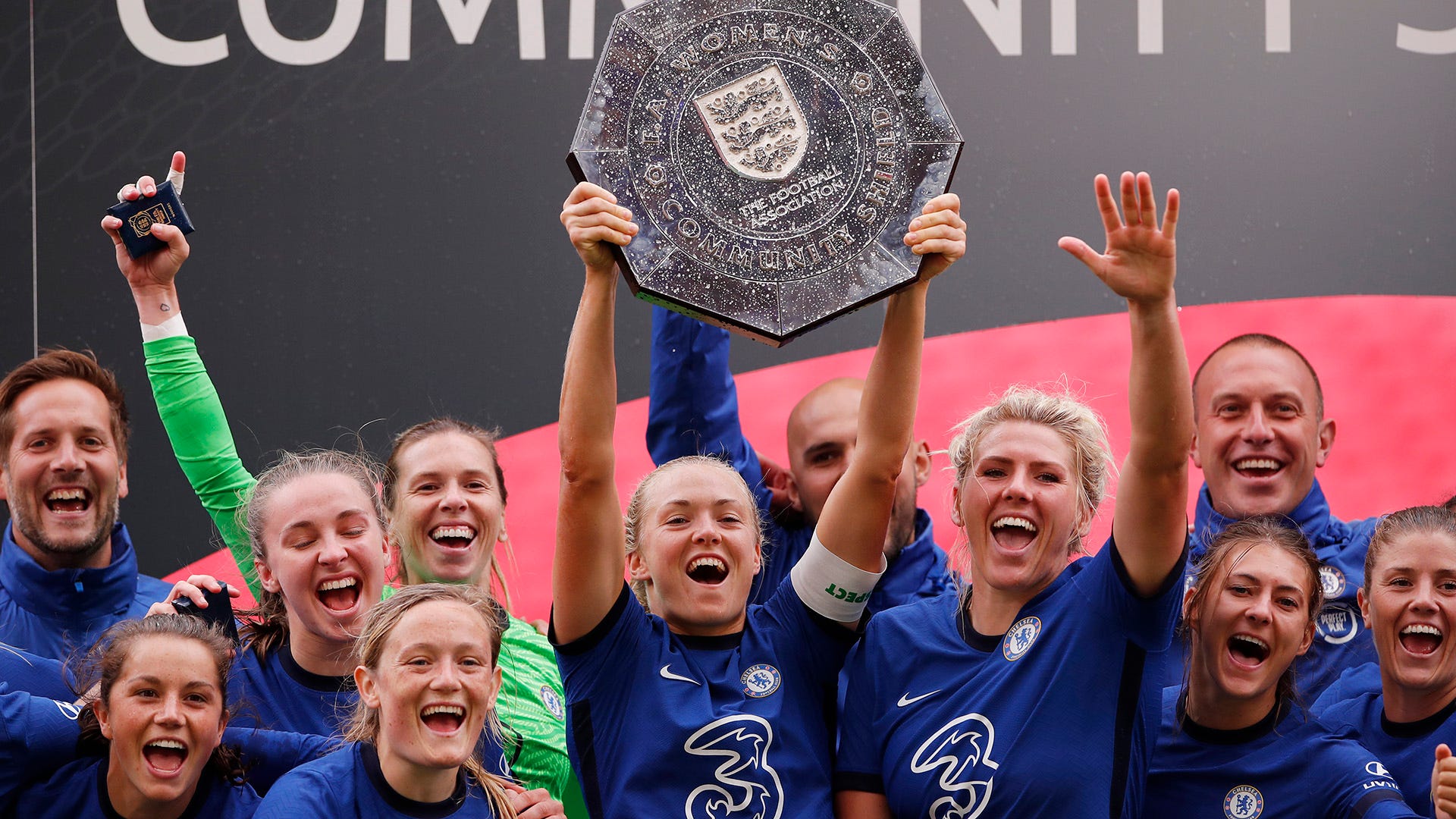 “We haven't always been here. I know that the first titles and the first trophies are often the hardest. You have to have setbacks within that.

“I thought the difference [today] was that experience. Casey will know that. She's an amazing manager and she's got a tremendous group that will compete and are continuing to compete for the title this year.

“Nothing is won yet and I'd go as far to say is that's the best team we've played this year. They're a tough side.”

But as far as United have come already, Stoney is not one to allow herself to look back, reflect and enjoy what has been a really successful start to life in the north west.

“As much as, yes, it's our third season, I've got a team that's capable of winning and potentially taking a point," she said.

With United matching that mentality with results already at this point in their short history, it won’t be long until they start to pick up those title-winning experiences.

But, as Hayes says, setbacks are part of that journey and defeats like Sunday's will be as important as anything as United learn what it takes to be champions.