It took the Brazilian more than half a season to adjust to English football, but a solid start to 2018-19 has seen him crowned Player of the Month

The phrase “like a new signing” might well seem like a particularly cruel joke for Tottenham fans this season given their fruitless summer transfer campaign, but in the case of Lucas Moura it’s actually true.

Ahead of Saturday's meeting with early pacesetters Liverpool he has been their standout individual, and collected the Premier League’s first Player of the Month award for the season. It was well deserved.

In August, he scored his first Premier League goal for Spurs – a lovely left-footed shot at Wembley in a 3-1 win against Fulham – and added two more goals in the destruction of Manchester United at Old Trafford.

After a summer in which Spurs supporters were frustrated by a lack of fresh faces, the 26-year-old signed from Paris Saint-Germain in January has helped them forget their transfer problems. If he was seen somewhat as damaged goods back then – he’d barely played 70 minutes of Ligue 1 football that season for PSG – he is once again showing the kind of form that persuaded the French side to fork out some €40 million (£36m/$47m) to Sao Paulo for his services back in 2013.

Once upon a time he was seen as the coming talent in Brazilian football and was even reported to have turned down United’s advances to strike out in Paris. While the league titles flowed – four in all – it had been a long time since he could be described as a starting player at Parc des Princes.

Neymar and Kylian Mbappe arrived after PSG surrendered their title to Monaco, and Lucas ran out of opportunities. Still, here was a Brazil international with more than 30 caps to his name and a proven pedigree in Europe available for a pretty low price considering the levels of the market. If Spurs could get him up and running then there was a good chance he’d shine.

The initial signs were promising as he made his debut away at Rochdale on a bitingly cold February afternoon. He scored and played well. But from then to the end of the season the kind of productivity that Mauricio Pochettino was looking for only appeared in flickers.

It has been a slow and deliberate process for Lucas to get up to speed with the English game and with the demands of his manager. And, over the course of the past few weeks, he has shown to the wider world that he is ready to come to the fore.

Nine of the Tottenham squad went as far as the World Cup semi-finals, meaning their involvement in pre-season was severely curtailed. Indeed, many of that number only joined their team-mates the Monday before the season started at Newcastle. That meant players like Lucas would have a full pre-season to impress the manager.

Lucas has spoken quite openly about his first six months in London representing a period of adaptation, and his performances on the United States leg of Tottenham's pre-season tour demonstrated that he would have a key part to play in the first team this season.

Son Heung-min’s international exertions over the past month – winning a gold medal at the Asian Games for South Korea – mean that he has been restricted to only 10 minutes of Premier League football so far this season. That absence has in turn opened the door to Lucas.

But it’s not a like-for-like replacement. One of the benefits of not adding any players means that Pochettino has a squad that does not need to be bedded in. They are ready to work in whatever shape the manager asks.

And through the season so far they have moved quite seamlessly between a back three and a back four, between three and four midfielders, and up front they have been fluid from game to game as well. 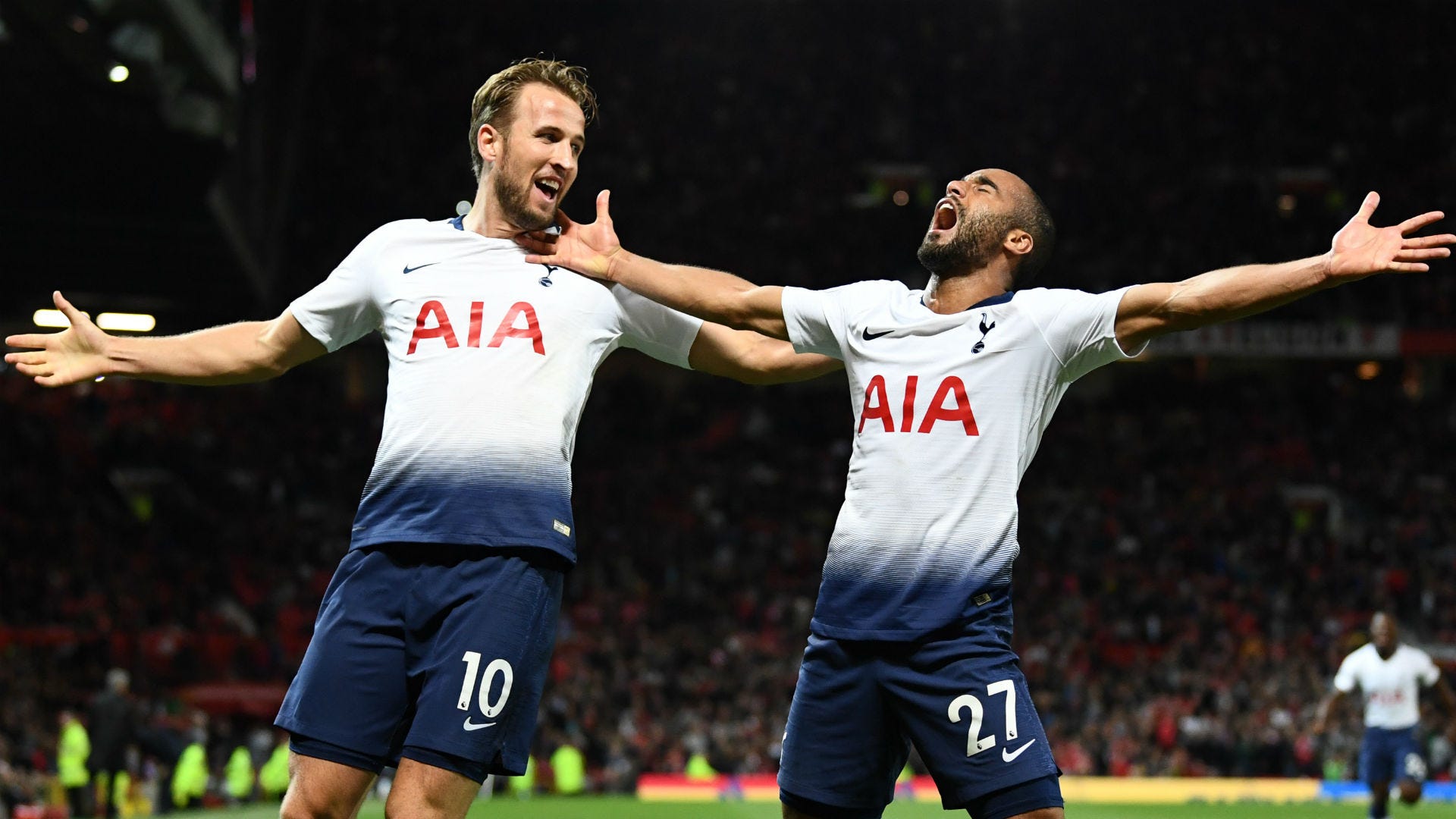 While Harry Kane’s status as the central striker is non-negotiable, how Tottenham get the ball in and around the frontman has changed. Ben Davies or Danny Rose on the left and Kieran Trippier on the right will still get forward to add width to the attack but there has been a noticeable emergence of a strike partnership up front.

Kane and Lucas are working in tandem – as evidenced by the Brazilian’s second goal against United – and that added pace and dribbling ability has given Spurs an extra dimension. Once regarded as an orthodox winger, Lucas is showing that he can excel from the centre as well in going by markers and opening space in the final third.

And when he goes up front it allows Christian Eriksen to wreak havoc from a central position at the top of the midfield diamond.

The defeat to Watford was painful and stopped Tottenham’s good start to the season in its tracks. But there is the opportunity this weekend to gain ground on one of the league’s leading lights.

Liverpool have won all of their four matches to this point and come calling at Wembley as England’s in-form team. But this is a Spurs side who took four points from Jurgen Klopp’s men in the league last season and have the weapons to make life difficult again.

If Liverpool press high and leave a pass available for Lucas then they could well be on the receiving end of the Brazilian’s talents just as United were at Old Trafford last month.