MONTERREY, Mexico — Tigres needed to prevent an early goal. Instead, they conceded nearly immediately. Rogelio Funes Mori chested a ball into Dorlan Pabon's path, and the Colombian gave the home side the lead.

It was the worst start Tigres could've asked for. Monterrey scored to take the lead for the sixth and final time in the Liguilla. For a team that loves to soak up pressure and burst forward on the counterattack, it was setting up for Rayados to lift the trophy in front of their home fans.

Instead, Tigres kept their calm and stuck to their game plan to come away with a 2-1 victory (3-2 on aggregate) and lift the Liga MX trophy for the sixth time in the club's history.

Who can explain why they seem to be the only team in the league that can beat Monterrey at Estadio BBVA Bancomer? Even after the regular season victory for Rayados, Tigres manager Ricardo "Tuca" Ferretti said before the game that he wasn't worried about going the seven miles across town to play in a stadium where Rayados hadn't lost this season. After all, he reasoned, Tigres were the last team to get a victory at the stadium, knocking Rayados out of the previous Liguilla. 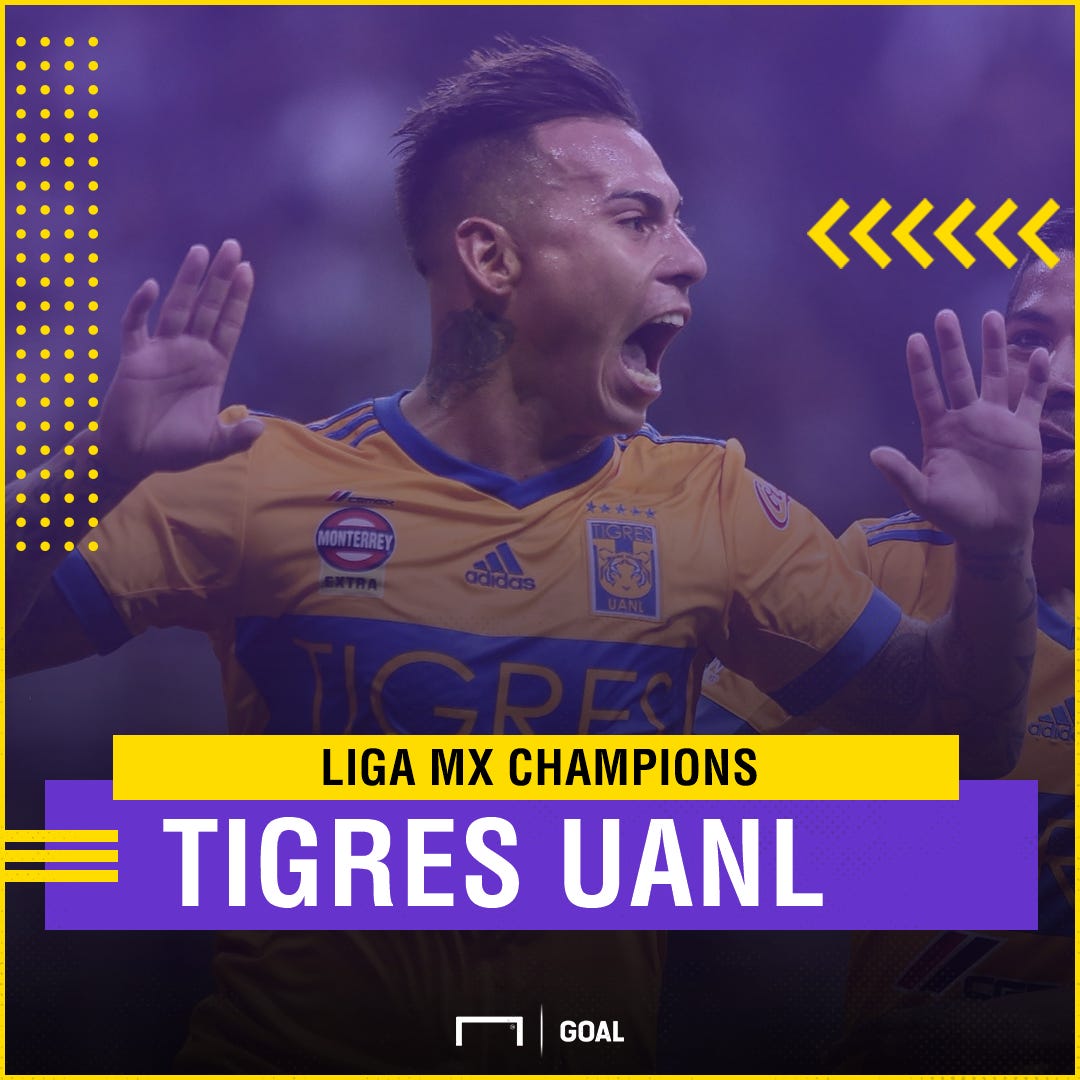 So it was again. Even a penalty call that looked a lot like some home cooking for Monterrey could not deny Tigres from again giving their fans in "La Sultana del Norte," the northern city that has become the focus of Mexican soccer thanks the two successful clubs, bragging rights once again.

It was the first time the clubs had met in the final and, aside from a cold front that swept in and marred the first leg, that was all anyone was talking about. Fans feared bullying from the winners, and it will be worse for Monterrey supporters now that Tigres have not only eliminated them from the Liguilla but done so with the grandest prize at stake.

Ferretti deserves a lot of credit for engineering the comeback. The first goal was classic Tigres. The team kept the ball, patiently moving it around the midfield before finding a chance to get forward on the wing. Jesus Duenas found Eduardo Vargas at the top of the box, and the Chilean took advantage of the half-chance to take a shot and bring things level once again.

The second goal was off the training ground, but if there were Monterrey scouts among the 30,000 people who turned up for Tigres' open training session Saturday it didn't show. Center back Francisco Meza, in the match only because of Hugo Ayala's red card suspension, made a delayed run into the box as the corner kick went short. Nobody picked up the Colombian, and he headed it past stunned Monterrey goalkeeper Hugo Gonzalez.

Meza makes for an unlikely scorer to win a trophy on a team that boasts Andre-Pierre Gignac, Enner Valencia, Javier Aquino and Vargas among other international attackers. The designed set piece, though, again speaks to the details Ferretti puts into his game plans. Even the fact that Meza was on the field was a choice Ferretti had to make, though it seemed like the obvious one after Meza pinch hit for Juninho at the left center back spot in the semifinals.

Ferretti didn't speak to the press in a news conference after the game, something that reportedly is his custom after finals. Another of his customs, having his trademark mustache shaved in celebration, took place as soon as the players joined together.

Players who experienced friction with the manager during the season were reconsidering. “They're mistakes that you make. I had the confidence to be playing and from one moment to another they send you to the bench. Yeah, I got mad. It was bad, and you have to learn from it," said forward Enner Valencia, the summer acquisition who lost his starting role down the stretch but returned to the XI for the semifinals and finals.

Getting the Ecuador international back into the squad was another Tuca touch that went right. Rayados were the better team this season overall. Sunday was the first time all season they'd conceded more than one goal at home, and in addition to being the league's best defense, they also boasted the top attack. When it was time to prove it, though, Tigres were the best team in both legs of the final.

"When things are the most difficult is when (the players) put in the most effort," Ferretti said in brief remarks to television broadcasters after the game. "The whole season we were playing really lazilly, but all of a sudden they plugged in and gave everything and naturally achieved what we achieved today."

That's thanks to Ferretti, whose calm heading into the second leg was no act. The margins between these two teams were slim, and we'll have another final between the two rivals before 43 years are over. This time, Ferretti outwitted his counterpart Antonio Mohamed to make sure it's his fans who have the last laugh.