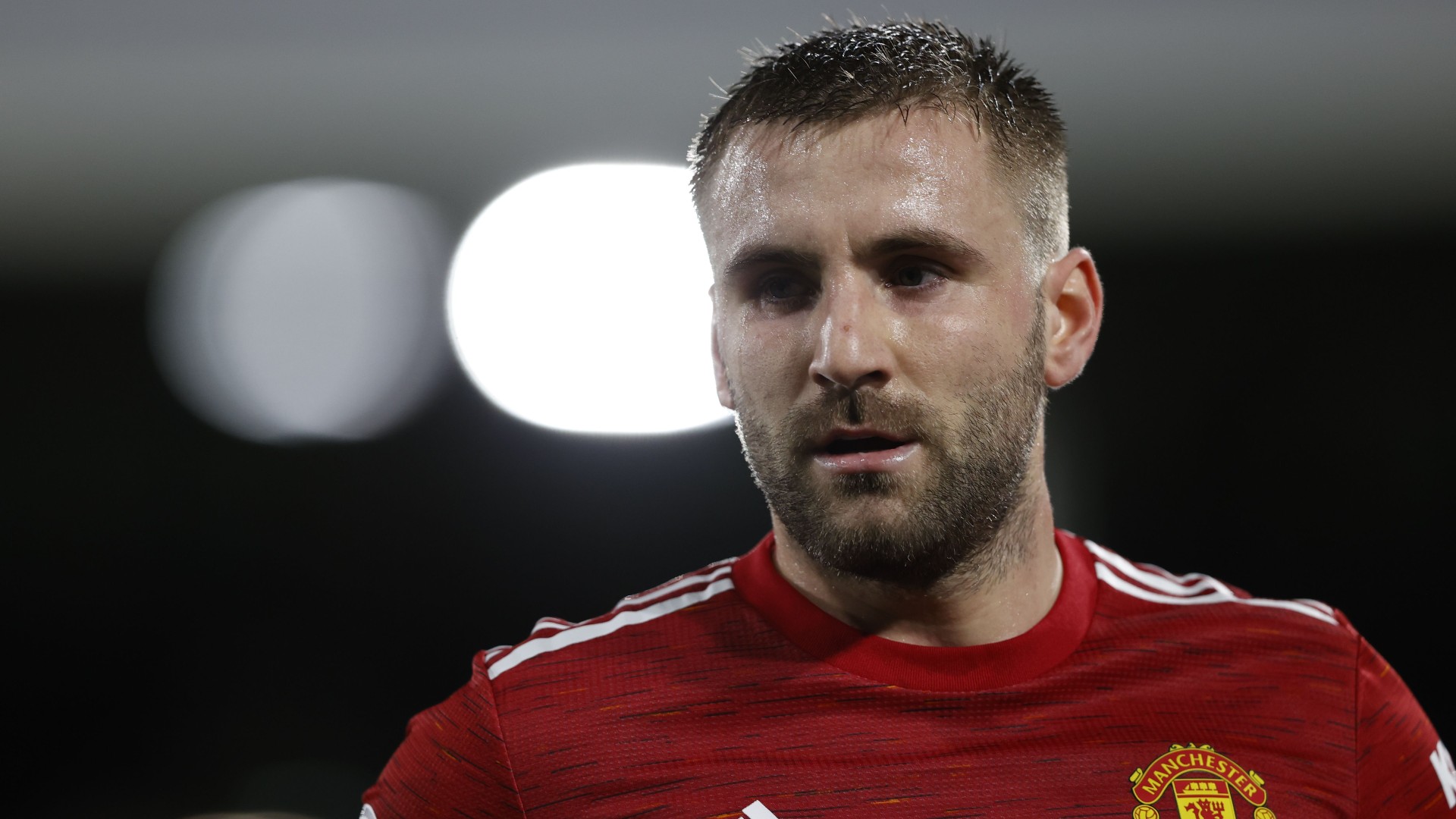 Luke Shaw says he's "extremely happy" to have earned a recall to the England squad, characterising it a "massive honour" to represent his country again after enduring a difficult personal period that had kept him out of contention for more than two years.

Shaw hasn't played for the Three Lions since September 2018, with his struggles for form and fitness at club level forcing Gareth Southgate turn to alternative options at left-back.

However, the Manchester United star has been drafted back into the fold ahead of England's opening 2022 World Cup qualifiers later this month, and he can't wait to make his mark on the international stage again.

"I'm extremely happy, it's a massive honour to get selected for your country," Shaw told BT Sport.

"I've been out of the fold for a while but I've always had ambitions to get back into the squad.

"Now I’ve done that and I’m really looking forward to being there with the lads."

Shaw was handed his England debut way back in 2014 when Roy Hodgson was in charge and served as the youngest player in the squad at the World Cup finals in Brazil that year.

Unfortunately, the talented defender has only won seven more caps since then, the last of which saw him leave the field with a head injury during a friendly defeat to Spain in 2018.

How has Shaw performed for Man United this season?

Shaw has worked his way back into the England squad by playing a key role in United's assault on multiple trophy fronts in 2020-21.

The 25-year-old has already featured in 34 games across all competitions this term, recording one goal and six assists along the way.

His latest stellar display came in the second leg of the Red Devils' last-16 Europa League tie against Milan on Thursday night, which they won 1-0 thanks to a Paul Pogba strike to progress to the quarter-finals of the competition 2-1 on aggregate.

The visitors ultimately managed to scrape through despite being well below their best at San Siro, and Shaw has called on his team-mates to raise their level heading into the business end of the campaign.

"Obviously, we're very happy we’re through. I’ll be honest, and the lads and staff would agree, we weren’t good at all especially the first half we were awful," he said.

"The first 10-15 minutes, we started well, kept control of the ball but it was like a switch - we turned off, kept giving away balls, bringing pressure on ourselves and we were lucky.

"Second half it always helps to have a world-class player like Paul (Pogba) to make a difference and he did that. But we know we need to be better than tonight.

"It’s a very good win and the positive is that we are through, we have players coming back and the squad looks better."