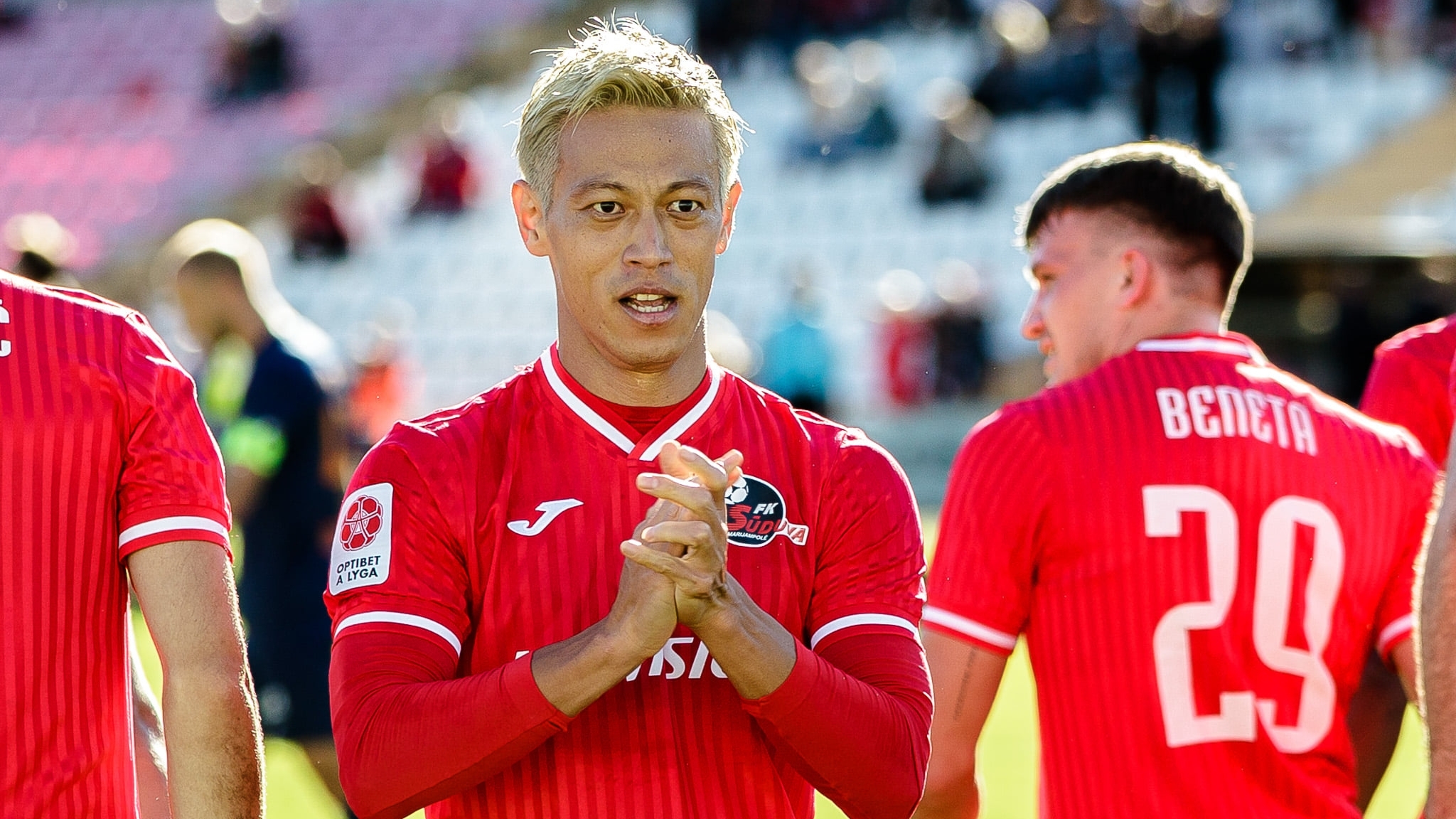 Like everyone else in Lithuanian football, Paulius Jakelis was stunned when he heard that Keisuke Honda had joined Suduva.

"To be honest, I have no idea why he decided to come here," the TV commentator tells Goal.

“Everyone in Lithuania was surprised. We had some famous foreigners here in recent seasons, including (former Liverpool striker) David N'Gog or (Nigeria international) Ogenyi Onazi.

“We also had Paulinho, who later played for Brazil and Barcelona, but that was a completely different story, as he came to Lithuania as a young, no-name foreigner.

"Honda is the exact opposite. He is already a well-known name in the football world. He is a superstar and a huge influencer in Japan, so it's a very strange decision."

Honda is, though, a well-travelled player. In terms of countries, Lithuania is the 10th different country on what looks more like a world tour than a football career.

In recent years, he has played in Mexico, Australia, Netherlands, Brazil, Portugal and Azerbaijan.

The 35-year-old first came to European attention, of course, during a successful three-year stay at CSKA Moscow in Russia, before moving to Italy in 2014 after agreeing a free transfer to AC Milan.

At international level, meanwhile, he represented Japan at three World Cups and earned 98 caps in total, scoring 37 times in the process.

What, then, attracted him to Lithuanian outfit Suduva?

"I'm not here for the money," Honda insisted during his first press conference. "I was intrigued because the season is ending soon yet I can fight for the title and experience a new country."

Indeed, as it stands, Suduva are top of the table, six points ahead of second-placed Zalgiris, albeit having played two games more.

Honda has wasted little time in making his presence felt on the pitch, even bagging a debut goal in a 4-0 rout of Banga on September 26.

Jakelis, though, feels it would be wrong to portray Honda's arrival as some sort of dramatic turning point in the title race.

“It was all over Lithuanian media when he signed but while I see this as a huge signing in terms of his name and social media numbers, I don’t think it’s something significant if we talk about his quality on the pitch," the media expert says.

"He is not young anymore, not in his best shape. Huge name? Yes. But I don’t think that he will prove one of the most important players at Suduva, to be honest.

"He joined after the season started. Moreover, Suduva was not a bad team beforehand!"

Of course, it has also been argued that Honda will have a bigger impact off the pitch.

The Lithuanian top flight does not attract a lot of fans and basketball is a major competitor in the battle for public attention.

Indeed, Jakelis does not believe Honda will leave behind a lasting legacy, particularly as his deal only runs until the end of the season, in November.

“Generally, I see his arrival as a positive thing for Lithuanian football," he explains. "The local league is not very popular and has low attendance numbers.

"Some extra fans will come to the stadium for sure, but I doubt this signing will change something dramatically, as happened when LaMelo and LiAngelo Ball joined local basketball club BC Prienai-Vytautas.

"For Suduva, it’s a good opportunity to gain more followers on their social media platforms. But for Honda, he probably just wants to experience everything in his life.

"Lithuania is completely different from Japan, but we have nice people, lovely cities and nice architecture.

“Only a few athletes in the world would have problems living in Lithuania in terms of their stardom, probably only Cristiano Ronaldo and Lionel Messi.

"Honda? He can enjoy a calm life here. He can easily walk around in every Lithuanian city and 99 per cent of people will not recognise him at all.

"And of those that do, only a few will be brave enough to ask for an autograph or photo!"

Honda has admitted that he will relish the anonymity that comes with living in Lithuania: "I couldn’t cross the street in Japan or other European countries, but I feel free here."

However, while he is still playing an active role in the management of the Cambodia national team, talking regularly with his coaching team and players through conference calls, there is still a desire to give something back.

"I'm not sure how I could help Lithuania but I have time," he argued. "I'd like to know more about education and social problems. I'll be here until the end of the season so I will start to get interested in those topics."

For now, though, he is primarily focused on winning a league title before deciding where the Keisuke Honda world tour will stop next.