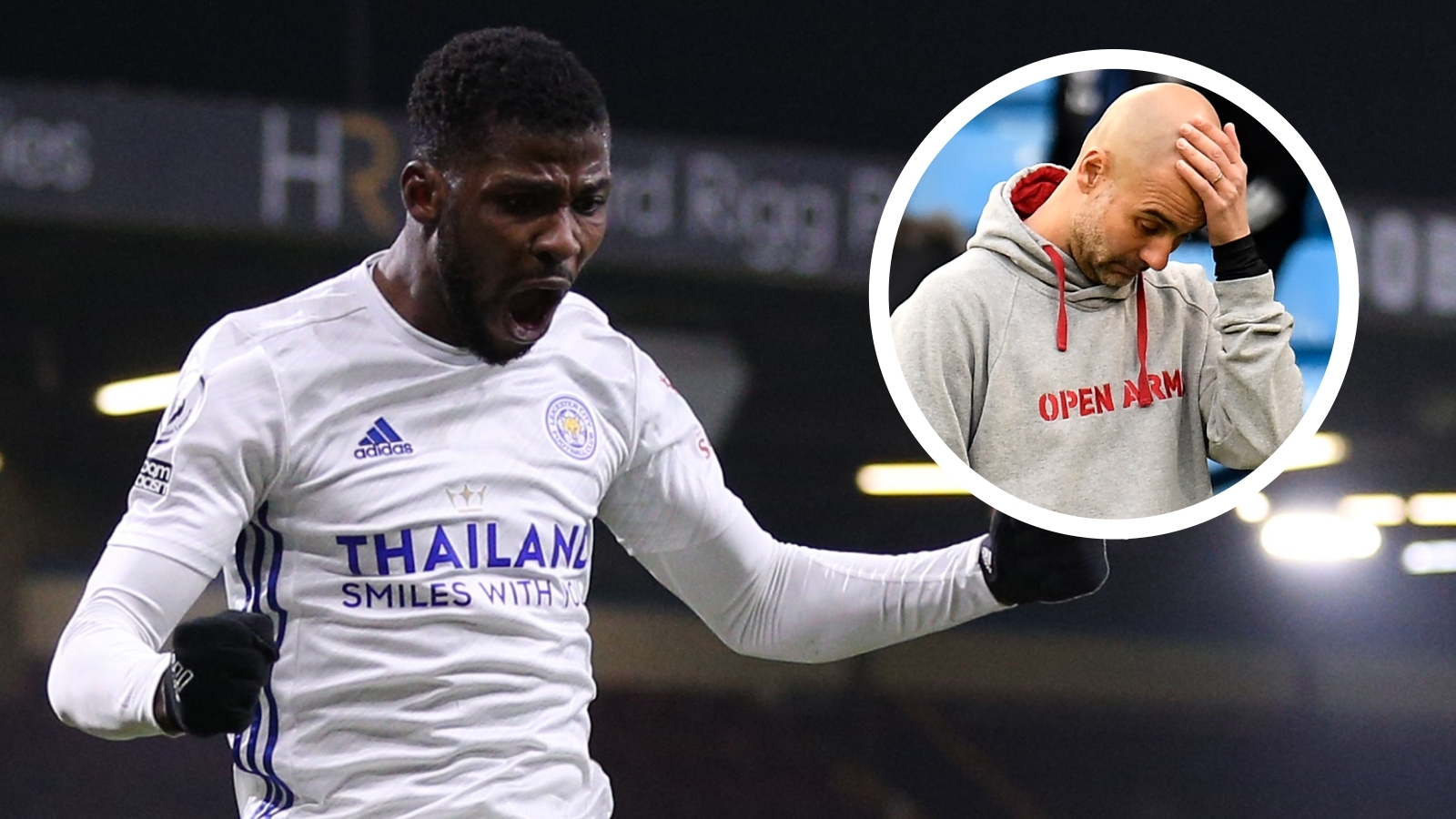 Four years after leaving the Etihad, the Leicester striker is fulfilling the potential that had the Premier League champions excited for his future

It was typical of Kelechi Iheanacho’s selflessness that, after leaving Manchester City, he took time to record a heartfelt message of thanks to the fans and everyone who worked at the club.

After two years at the Etihad Stadium, Iheanacho left as a popular figure who made a mark with his humility and modesty as well as his impact on the pitch.

In an emotional two-minute video after leaving, he thanked everyone from former City boss Manuel Pellegrini, who had handed him his debut, to the cleaners and clerical staff at the Etihad Campus.

No one was missed, although Pep Guardiola might have counted himself lucky to get a mention after he froze the striker out in the pair’s only season together, before his switch to Leicester.

In the 2016-17 campaign as City’s title challenge drifted away, Iheanacho was on the periphery – starting just one Premier League match after the turn of the year and playing a total of 156 minutes in all competitions.

It was a disappointing end to a City career had started with such promise but he is finally starting to fully blossom at the King Power Stadium ahead of the two sides' meeting on Saturday.

Iheanacho has seven goals in his last four appearances and the 24-year-old is primed to show his former employers just how good he could be.

“The quality was there, he was a young player, Gabriel [Jesus] and Sergio [Aguero] meant we did not have much space,” Guardiola said of Iheanacho.

“He’s a fantastic person and I’m delighted it’s going well. He’s playing and he links really well, good in behind, he has the right tempo and is so clear in front of the goal.”

The teenager had chosen City ahead of Arsenal and Porto when he arrived in 2015 after helping Nigeria to the Under-17 World Cup where he won the Golden Ball winner as the best player.

He quickly showed his quality in the U18s, scoring a brilliant individual goal against Manchester United and a close-range strike in the FA Youth Cup final at Chelsea.

Elevated to the first team, Iheanacho made an instant impact. After being used an injury-time substitute on his debut in a comfortable win at Watford in August 2015, he was an 89th-minute introduction a fortnight later at Crystal Palace and snapped up a late chance to snatch a dramatic 1-0 victory.

Mentored by Yaya Toure, excitement about his potential grew, particularly after a brilliantly taken hat-trick at Aston Villa in the FA Cup three months later.

Averaging a goal every 96 minutes in the Premier League, at one stage it was the best of any player with 10 or more in the league's history.

And with the announcement of Guardiola’s appointment shortly after, there was an increased expectancy about how good he could become with the former Barcelona and Bayern Munich coach’s huge reputation for developing youth players.

However, the Catalan never seemed wholly convinced of Iheanacho’s potential.

The Nigerian missed the Olympics in the summer of 2016 to push his claim to be involved with the first team and scored an important goal in a derby victory at Old Trafford.

But praise from his manager was hardly glowing with Guardiola saying he played him only because he was the sole striker available with Aguero suspended.

Opportunities became even fewer when Jesus arrived in January and the difference between what Guardiola wanted from his strikers and what he was getting became clearer.

The Brazilian delivered the hard work, high pressing and team ethic which had been missing and which are the reasons he remains such a key part of Guardiola’s plans today.

Iheanacho couldn’t match the dynamism of Jesus, nor could he promise the guarantee of goals that came from Aguero.

Despite leading the line as a centre forward, he had actually arrived at the club more as a second striker and found it difficult to play the role alone.

“You need to do more. You need to help the team do more,” Iheanacho revealed of Guardiola’s demands of him at the time. “You need to press high, help your team-mates back and covering. And of course score goals.

“We have lots of quality players so you need to keep up. Everyone is doing great and bringing their best. You need to be on the same level, be at your best and help win the things that we need.”

With chances infrequent, it became inevitable that he would leave at the end of the season with Leicester beating West Ham to his signing for £25 million ($35m) – not a bad return for a player that cost City £250,000 from Taye Academy in Owerri.

That was more than three years ago and it has taken until now for Brendan Rodgers to finally unlock his huge potential.

Confidence had dropped after his short time under Guardiola and took another slump when he struggled in his early days at Leicester.

But Rodgers has identified that he needs players around him. Playing alongside Jamie Vardy has brought out his qualities with Iheanacho outscoring the former England international in recent weeks.

His double in the FA Cup win over Man United before the international break was followed by another humble interview, this time signed off with an off-screen yelp of delight.

City’s defence is the meanest in the Premier League, but they will face a big test to keep their former player quiet during or even after Saturday’s clash.