Saudi Arabia, an Asian powerhouse, qualified for four World Cups consecutively from 1994 to 2006. However, it was a bit of a surprise when they failed to make it to football's grandest stage in 2010 and 2014.

But the West Asian side came back strong, qualifying for the 2018 World Cup in Russia and have now made it to Qatar 2022 as well.

Much of the credit for Saudi's resurgence as a force to be reckoned with in Asia is down to a comprehensive vision executed by the Saudi Arabian Football Federation (SAFF), led by President Yasser Al Misehal and General Secretary Ibrahim Alkassim. The country went back to its grassroots and nurtured players, coaches and scouts. This focus on all aspects of the footballing ecosystem has now paid dividends.

Saudi's focus on youth has seen them perform well in age group tournaments in the recent few years. Earlier this year, Saudi Arabia won the U23 Asian Cup in Uzbekistan. Ibrahim Alkassim explained how they moulded a strong group of youngsters who will lead the national team in the coming years. 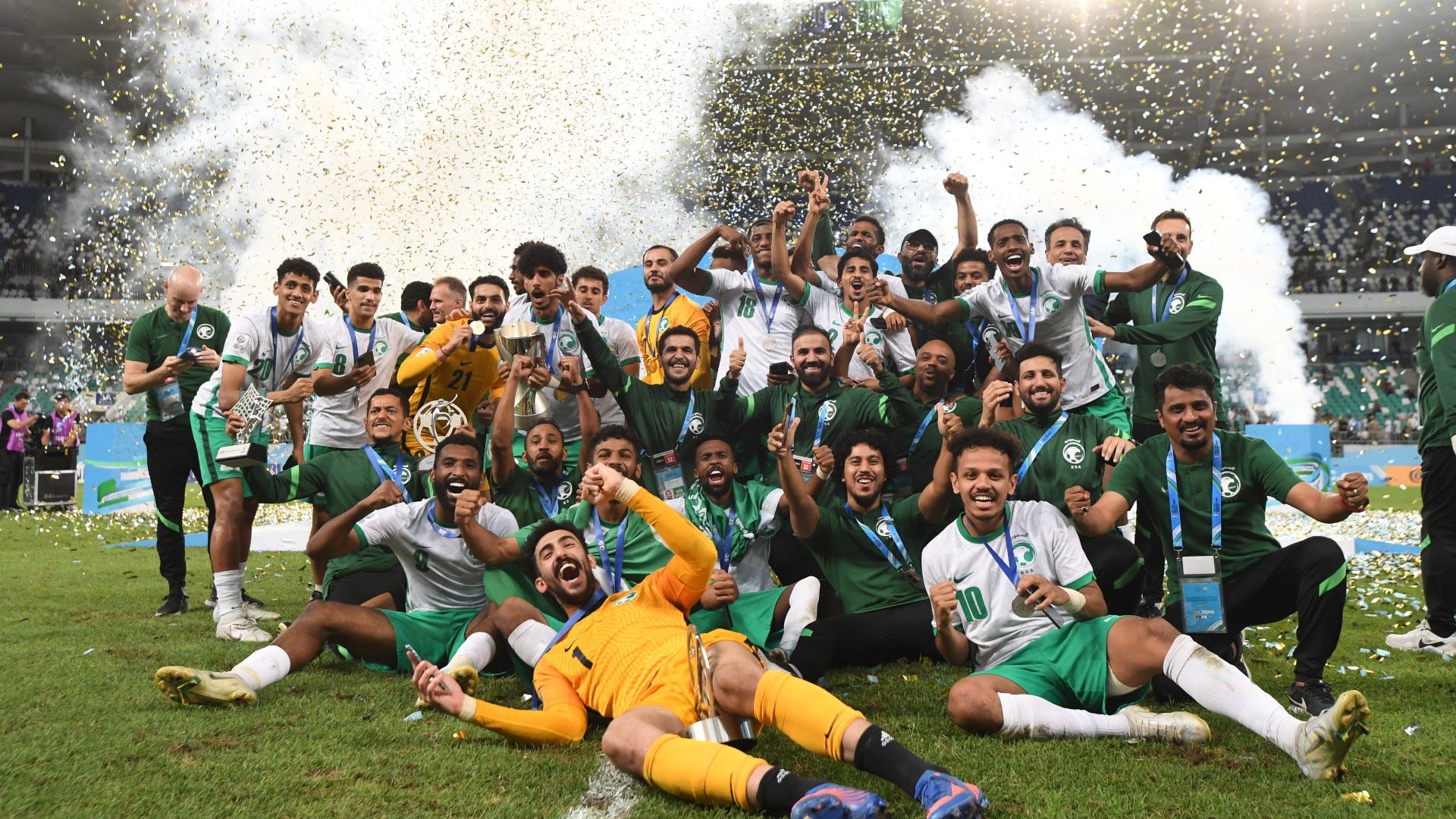 Alkassim mentioned how they had given chances for the players from the U23 side during the FIFA Arab Cup held in December 2021 in Qatar as a precursor to the World Cup. While Saudi did not progress past the group stage, the experience gained was valuable for these players who went on to win the U23 Asian Cup in June 2022.

Alkassim also shed light on how Saudi Arabia have set up a scouting network to identify talent and educated coaches so that these talents are nurtured and they realise their potential. He mentioned how the Saudi FA is helping identify talent who were missed by the clubs in the country. Do note that there are more than 60 clubs across the top three divisions of the league system in the country. 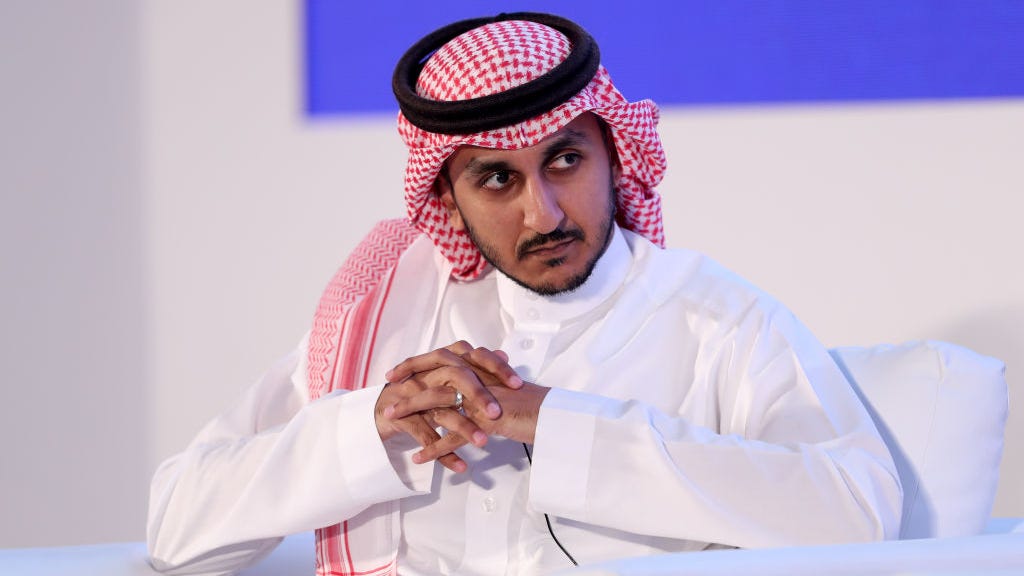 He also went on to state the when the current administration took over Saudi FA, the plan was to create a team that would be within the top 20 in FIFA Rankings by 2034.

"In 2019 the current administration took over and in the same year we started working on our long term strategy which is basically by the year 2034, the national team should among the top 20 teams in FIFA rankings. We used to work on a reactive approach that happens in so many federations. You need to plan from today for 10 or 15 years. You need to start getting the kids for 2030 World Cup. So we started working in 2019 and we did not publish our strategy until 2021. Why, because in 2021, with results in hand, we wanted to show them that this is what we did in the past two years and that’s why you should believe in us even more." 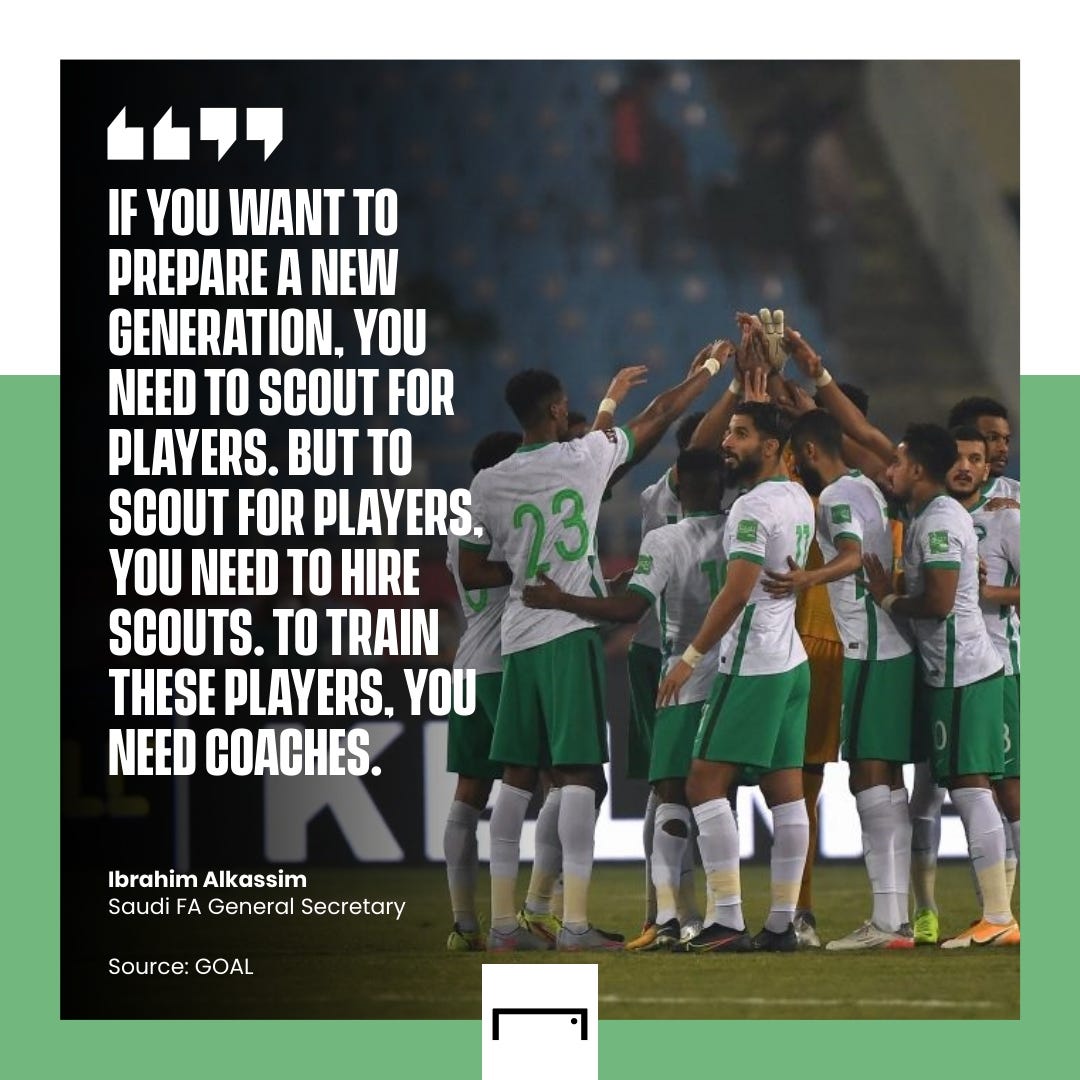 Alkassim also touched on how apart from players and scouting networks, they are also focused on improving the coaching levels in the country.

"In 2018 in Saudi Arabia, there were only 735 coaches. Today we have 3000. By 2025, we plan to have 8000 qualified coaches. If you want to prepare a new generation for the future competition, you need to scout for the players. But to scout for the players, you need to hire scouts. And when you hire scouts, you need to train them. Now you have the scouts and the players but who will train them? So that’s why we are working on coaches. Now we have the players, scouts and coaches but where will they train? We need the infrastructure, the green surfaces. So now we have all these but who will officiate the matches? So we also have a plan for the referees. So that’s why we jumped on the number of referees from 1000 to 1700. I know the number is still low compared to the other federations but the jump shows you the potential."