How will Lee Nguyen's standoff with New England Revolution end? 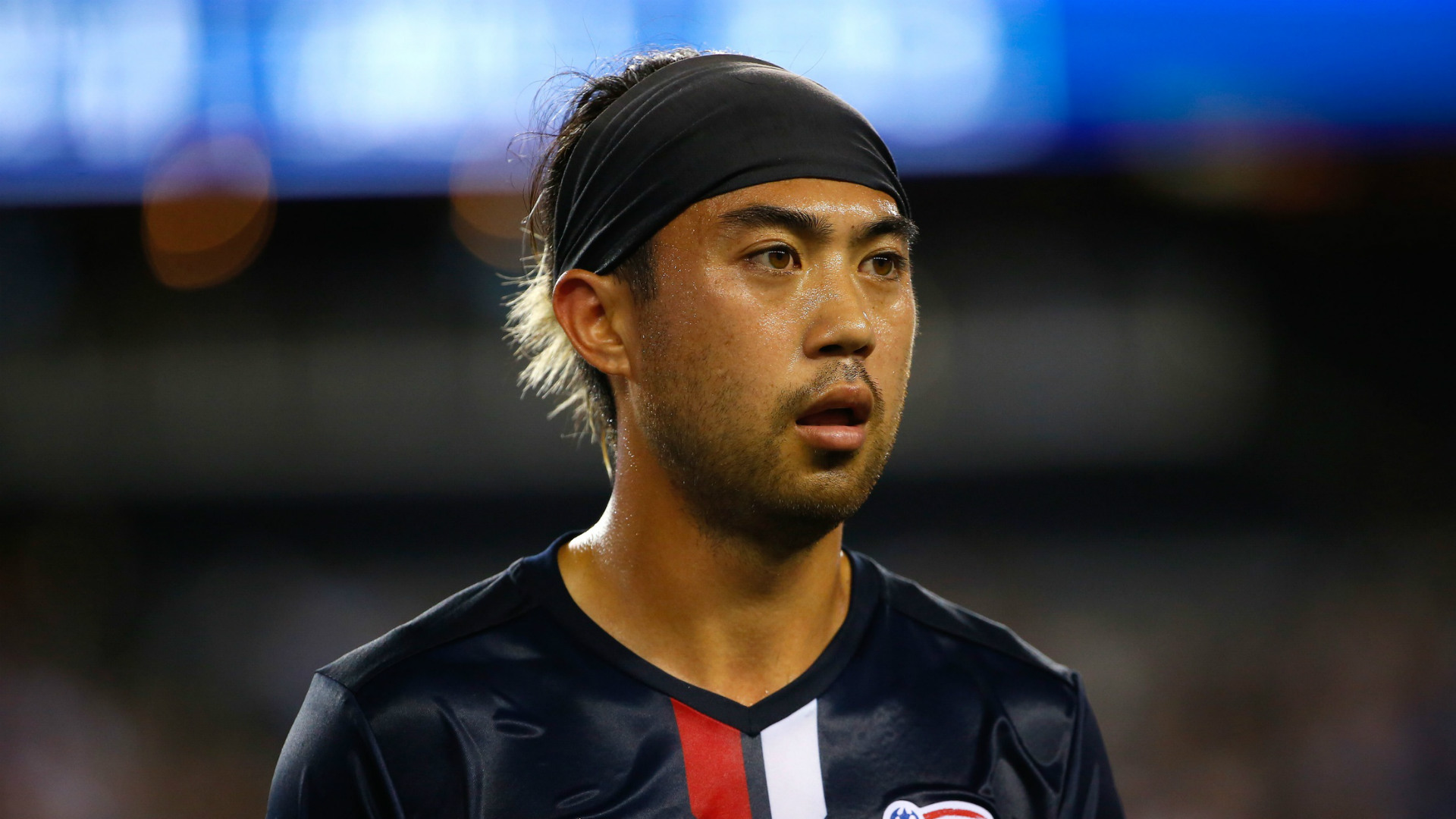 The playmaker is holding out in search of a trade away from New England, but the Revs aren't budging. Here is a closer look at the mess

Major League Soccer's offseason has seen several of its top attacking midfielders change employers during a whirlwind winter of trades driven by the league's infusion of targeted allocation money — cash that has made wheeling and dealing the new normal in a league that has never seen so much trade action.

That makes the case of Lee Nguyen's tug-of-war with the New England Revolution all the more puzzling. The 31-year-old is currently holding out from the Revs' preseason training camp in the type of move more often seen in the NFL, and never so publicly in MLS.

For those catching up, Nguyen requested a trade after the end of the 2017 season, deciding six seasons in New England was enough. Rather than put the wheels in motion to trade away their best player, the Revs did nothing. Even after Nguyen took the extra step of making his request a formally written one, New England responded by telling Nguyen he wasn't going anywhere.

In the midst of all this, we watched the New York Red Bulls trade Sacha Kljestan to Orlando City and Sporting Kansas City deal Benny Feilhaber to LAFC. The Columbus Crew received a trade request from Justin Meram and eventually found a home for him in Orlando, landing a hefty amount of allocation money in the process.

As those trades came and went, the Revs continued to stand firm in their decision to not just shoot down the request, but not even look into what the market might yield for the midfielder.

That refusal has led Nguyen to hold out, with his hope being that the Revs might relent and trade him away. Revs general manager Mike Burns made it clear on the first day of Nguyen's holdout that the team had no intention of backing down.

"Lee didn’t report to preseason and he’s not honoring his contract,” Burns told reporters last week. “We’ll handle the matter internally, and we’ve already had discussions with MLS. It’ll be handled appropriately. We have zero tolerance for guys who don’t honor their contracts."

Clearly Burns and the Revs believe they're not doing anything wrong by standing their ground. Nguyen is in the third year of a five-year deal he readily accepted when it meant doubling his salary at the time, so he isn't exactly blameless in this situation. That said, New England choosing to essentially ignore Nguyen's trade request has only served to leave the team with fewer options when they could have made the situation work out for them.

The Revs will argue that Nguyen has signed two new deals since joining them, securing sizable salary increases in both instances. Nguyen, to his credit, continued to outperform his salary and finished 2017 as one of the best values in the league, with his 11 goals and 15 assists last season putting him among the league's best goal producers. His $500,000 salary was far and away the lowest of any player in the league who finished with double-digit goals and assists, a group that consists of just four players.

Was Nguyen's trade request a gesture to try and force New England into another new contract, or was he simply ready to leave? The Revs clearly believe it was the former, but sources close to Nguyen tell Goal a new Revs contract wouldn't make him stay.

Here we are, a week into Nguyen's holdout and it's tough to see a good outcome to this conflict. Will either side blink? New England can afford to wait out Nguyen because of its plentiful midfield options, including U.S. national team midfielder Kelyn Rowe, who can slide into a playmaking role. But the fact that the Revs can replace Nguyen makes their decision to fail to even entertain the possibility of a trade all the more mind boggling.

Is Nguyen really ready to forgo his salary and potentially sit out for weeks and months to force a trade? If he were to miss a season holding out, it wouldn't count toward his contract, meaning he is stuck in place unless New England relents, which is looking highly unlikely, though you have to wonder how long the Revs are willing to let this go on.

The situation isn't making either side look great. The Revs are only adding to their reputation of being a nightmare for players to deal with, a rep earned over more than a decade of well-publicized battles. As for Nguyen, some will see him as spoiled and unprofessional for not reporting for training camp, and you wonder if some potentially interested teams might have been put off by his decision to hold out.

There are definitely teams that could use Nguyen, and that have the resources to make a reasonable offer for him, but it's a safe bet that whatever price teams are willing to pay now is much lower than it was before the whole situation turned messy and public. Teams aren't allowed to contact Nguyen because it would be considered tampering, and the Revs aren't listening to any offers.

Which teams might be interested in Nguyen at this point? Here are some MLS teams that could make sense as a destination for Nguyen:

CHICAGO FIRE. After missing out on Juan Quintero for a second time, the Fire are on the market for a playmaker. They are currently considering international options, but Nguyen could fit in very well with the setup the Fire currently have. The trading away of David Accam has given the Fire even more allocation money to work with.

MONTREAL IMPACT. Blerim Dzemaili's return to Bologna has left the Impact with a glaring need for a playmaker. Newly-acquired Chilean midfielder Jeisson Vargas could conceivably help fill the void in the middle of the field, but the Impact are on the market for another central midfielder.

NEW YORK RED BULLS. The Alejandro Romero Gamarra saga continues, and the man the Red Bulls had lined up to replace Kljestan still isn't under contract. If that big-money transfer falls through, the Red Bulls could be left scrambling for a playmaker. Does Nguyen fit in with Jesse Marsch's system? More importantly, would the Revs trade Nguyen to a rival?

PHILADELPHIA UNION. The Union need a playmaker, and they showed in their acquisition of David Accam that they are willing to spend big on proven MLS quality. A midfield with Nguyen, Accam, Alejandro Bedoya and Haris Medunjanin would have Union fans thinking playoffs, but it might take more than just allocation money to pry Nguyen away from the Revs. Perhaps adding a player like Derrick Jones or Keegan Rosenberry could do the trick.

COLORADO RAPIDS. The Rapids aren't exactly overflowing with creative midfield threats on their roster, and sending Nguyen to a Western Conference team would be preferable. Would a move to Colorado be what Nguyen had in mind when he sought his exit from New England?