On and off the pitch, the Morgan family has been crucial to the Foxes’ journey through the leagues to winning the FA Women’s Championship title

It was midway through last August when the feeling that something exciting was brewing in Leicester really began to intensify.

After the June announcement of the FA Women’s Championship season being curtailed due to the Covid-19 pandemic, with the Foxes finishing sixth on points-per-game, next-to-no news was coming out of the club.

However, when an opposing player shared images of a pre-season encounter with Leicester, accidentally revealing that Remi Allen, a player with 10 years of experience in the Women’s Super League, had signed for her childhood club, it was clear that there was good reason for the media silence.

Indeed, just 10 days later, Leicester City announced that the women’s team would be integrated into the club and become a professional, full-time outfit – only the second in the league, alongside relegated Liverpool.

“We’ve set some very big goals this season,” said manager Jonathan Morgan at the time. “We’re going to try our best to make sure we fulfil them.”

Ahead of Sunday's final Championship games, Leicester have already sealed the league title and promotion to the WSL. They'll lift their trophy at the King Power Stadium this weekend, taking on Charlton in their first ever fixture at the ground.

It's an achievement that has been more than just a year in the making, though. It’s a journey that the Morgan family started a long time ago.

It was Holly Morgan, the Foxes’ captain, that inadvertently began this story, joining Leicester’s centre of excellence as an 11-year-old.

A reshuffle in management at Leicester meant her father, Rohan, would soon become chairman of the women’s team, founded in 2004. 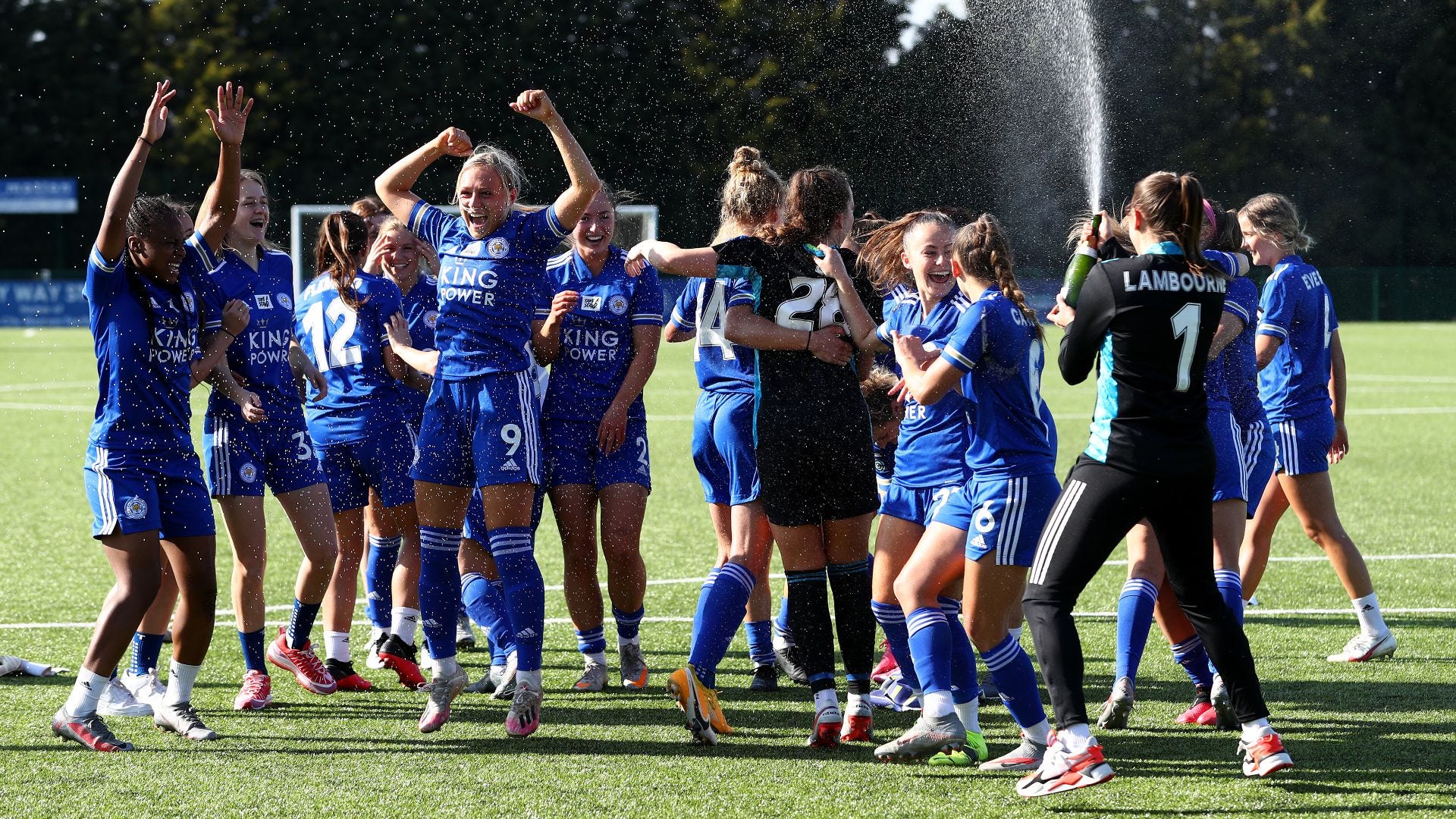 “[He] made a promise to Susan [Whelan, now Chief Executive of Leicester City] that he'll grow this club and he'll get it to where it needs to be,” Jade Morgan, general manager of the women’s team and sister of Holly, explained. “He's always had that fight and that desire for the club.”

The club bid for a place in the new Women’s Super League in 2009, too. They were unsuccessful, but their ambition was evident from the start.

After some difficult years, things would begin to quickly evolve, with Rohan Morgan’s enthusiasm rubbing off on those at home.

Jonathan, his son, would come on board as manager of the reserves, stepping up to the first team in 2014. Jade followed, taking up her role two years later.

Then came what Holly describes as “a turning point” – the club bid for a place in the inaugural Women’s Championship, ahead of the 2018-19 season. Alongside names like Manchester United and Sheffield United, their application was successful. 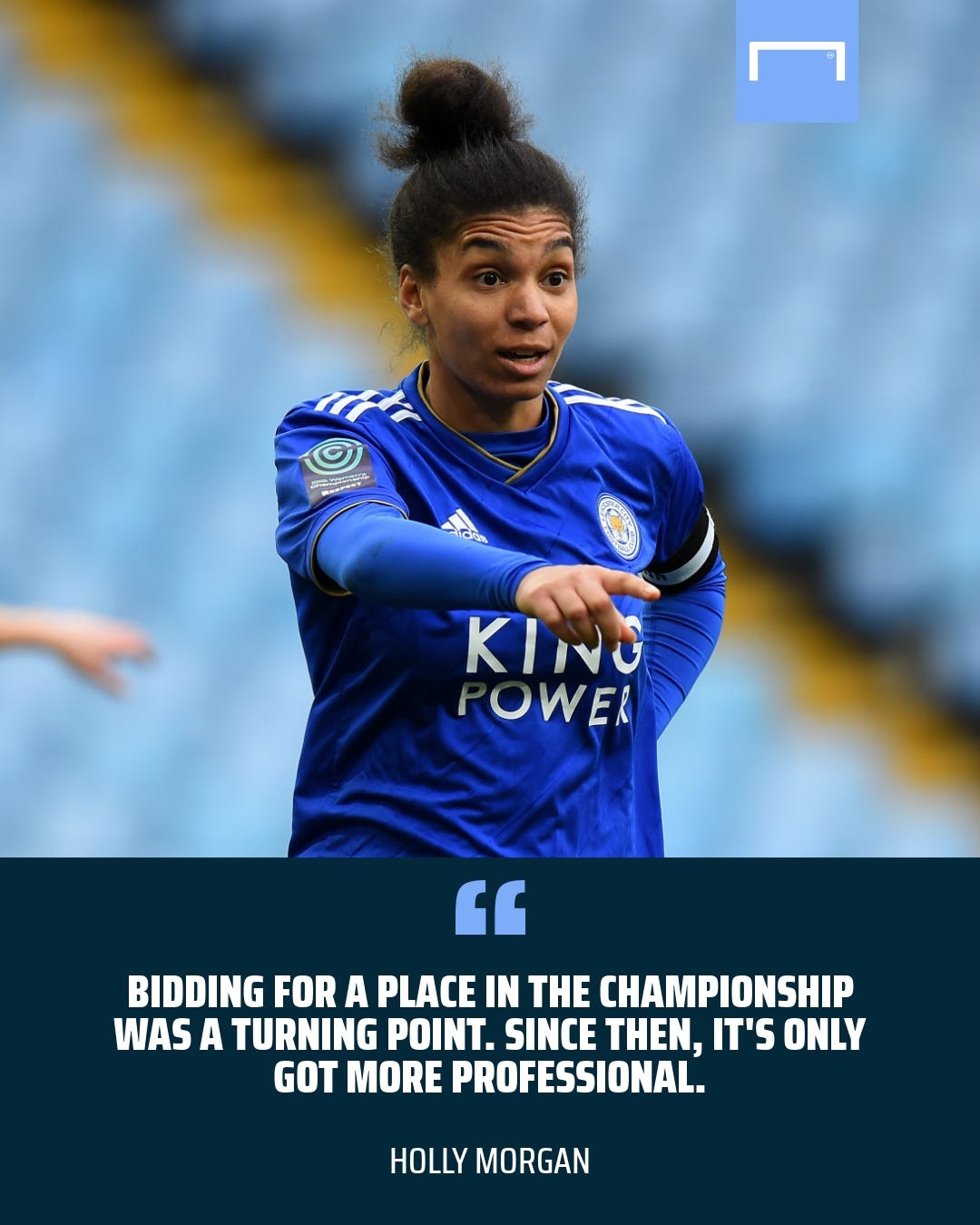 “Things changed in terms of professionalism,” the captain recalled. “Some people were able to have contracts for the first time. That was a turning point for us and since then, it's only got more professional."

The subsequent success is a credit to the pillars put in place by the family over all these years, and to the club for their ambition and support in building upon that success.

Their talented title-winning team, crafted together so carefully, have reached the top table in style, too.

They did the double over Liverpool, most people’s favourites for the title, recorded a new club record win at this level, beating Coventry United 9-1, and have lost just two games all season.

To officially clinch promotion in early April against London City Lionesses was meaningful too, as the date coincided with what would have been the 63rd birthday of Khun Vichai Srivaddhanaprabha, the late Leicester owner who tragically died in a helicopter crash in late-2018.

His role in Leicester's shock Premier League success in 2016 is well-known but the support of Khun Vichai and his family also played a huge part in the rise of Leicester's women's team too.

"They've been there, supporting us behind the scenes, pushing us to the next level, bit by bit," Jonathan Morgan told Goal. "This sort of thing has been going for four years, five years.

"From when we put our bid in for the Championship, the club were firmly behind us. It was just all just waiting for the right time to launch it. Thankfully, this year was the year and it has really paid off." 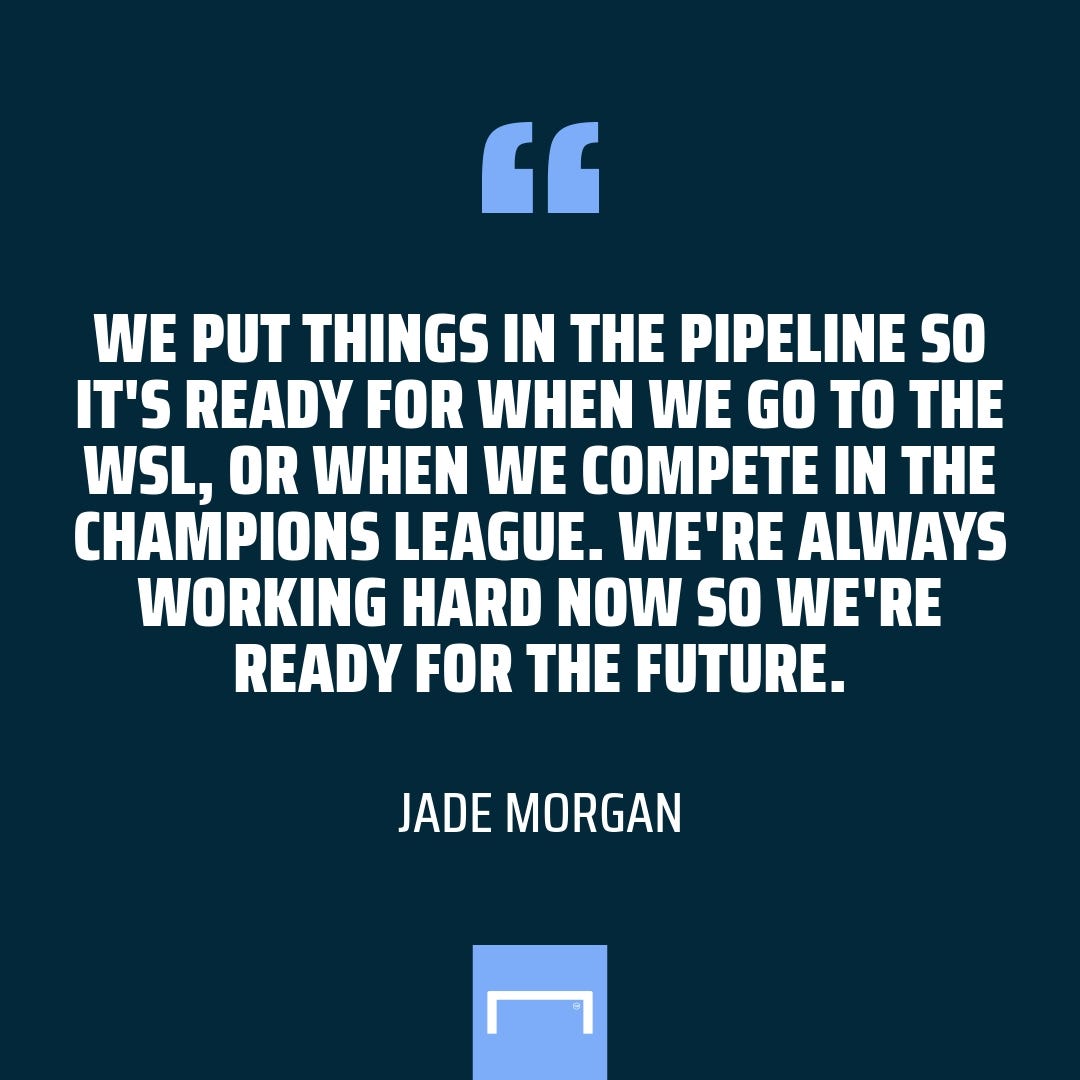 The next chapter in Leicester's story promises to be exciting. Jade Morgan, the general manager, is aware of how much this not only means to the club, or the city, but the entire area.

“When we did our bid in 2018, one of our major arguments to the Football Association was that there was just no representation of a Championship team at that time in the East Midlands,” she told Goal earlier this season.

“It is important that within Leicester, Leicestershire and surrounding areas, players can see a tangible pathway. They can see that there are steps they can take to become a professional full-time female footballer. Previously, that wasn't there.

“When girls finished in the regional talent centre or under-16s, they were going out of the catchment area to the north or the south. It's good now that the West Midlands, the East Midlands and the Midlands are starting to grow for elite football.”

That long-term planning and view of the bigger picture is also responsible for the development of the first team.

“If we need X, we get it ready now,” Morgan added. “We put things in the pipeline so it's ready for when we go to the WSL, or when we compete in the Champions League. We're always working hard now so we're ready for the future.”

Their goals for this season have been ticked off. One more league fixture remains, and next week's Women's FA Cup clash with Manchester United, then it's time for celebration, a short, deserved summer break and a new adventure.

That feeling that something special is happening in Leicester isn’t going away anytime soon.