The midfield duo's absence was very apparent against Panama on Sunday, showing just how important they are for the team's World Cup qualifying hopes

Part of qualifying for the World Cup in CONCACAF is proving you can survive, and even thrive, with different groups of players. And, in this new format that has required teams to battle through three games in a week, that fact has never been more apparent.

Through the first five games of their qualifying journey, the U.S. has proven they can survive without some key players. Brenden Aaronson has filled in admirably for Christian Pulisic and Gio Reyna.

Young center-backs like Miles Robinson are making life a bit easier even without John Brooks. Reggie Cannon hasn't even played in World Cup qualifiers, nor has Daryl Dike, a player that looked like the USMNT's striker of the future just a few months ago.

But, if Sunday's loss to Panama showed us anything, it's that the U.S. is still struggling to survive without its starting midfield with Tyler Adams, in particular, now as vital as ever as we near the midway point of the qualifying cycle.

Adams was relegated to the bench in Sunday's defeat while his midfield partner, Weston McKennie, was left back home in the U.S. to deal with a nagging injury. USMNT boss Gregg Berhalter explained that he felt Adams needed a rest, a chance to recover with a 45-minute limit meant to prepare him for Wednesday's home match against Costa Rica.

“With Tyler, we wanted him to play 45 minutes because of his load. And the other thing to keep in mind is prior to this camp, Tyler hasn't been playing regularly for [RB Leipzig],” said Berhalter.

“He had a little bit of injury, he was in and out of the lineup. So now to ask a player who hasn't had any load, or much lower than the last three weeks, to go play three 90s, I wasn't comfortable with it, and I'll take responsibility for that.”

We'd seen the USMNT without McKennie before, with the Juventus midfielder being kicked off the team last month for a rules violation.

But we hadn't really seen them without Adams aside from a tough first half against Honduras that was turned into a 4-1 win once the RB Leipzig midfielder was moved from right back to central midfield.

Well, we got a look at what an Adams and McKennie-less midfield looked like on Sunday and, by any measure, it was a mess. 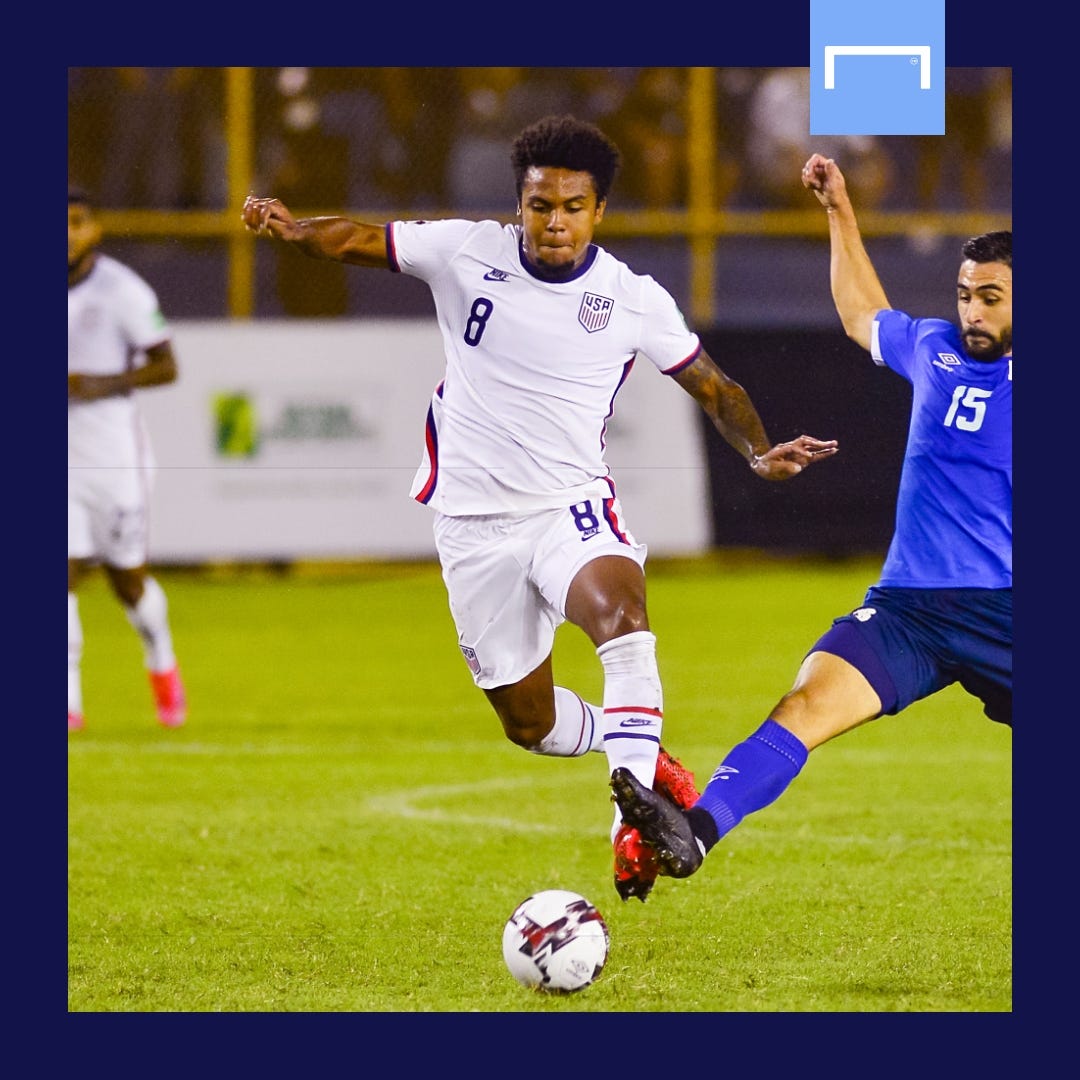 "We didn't have control of the midfield, and that really hurt us in that game," Berhalter said after the loss. "I'm going to look at the touches that our midfielders had individually but it was nowhere near what we expect. Distances were too big, the connections were too spread out, and it wasn't great in that regard. So we've got to look at it and improve."

There are all sorts of stats that will explain what happened on Sunday, when Berhalter turned to the experienced Sebastian Lletget and Kellyn Acosta next to Yunus Musah. There are the .22 xG (expected goals), a direct reflection on how starved the front three were.

There's the fact that the midfield completed just 11 passes to one another in the first half before Berhalter, rightfully, got Adams on the field.

There were also the misplaced passes, the poor touches, the lack of energy and willingness to drive the ball forward. Even Musah, a player that has emerged as one of the USMNT's best at simply making things happen, was routinely dispossessed while going at it all alone and trying to do too much.

Acosta, Lletget and even Musah can do plenty of things. Acosta is a solid defensive presence, a capable passer, an ever-improving master of CONCACAF's dark arts. Lletget is tied for the USMNT goal lead this year, a player that pops up in big moments and is completely underrated by many because of where he plays his club soccer.

But neither are Adams or McKennie, not that there's anything wrong with that. The U.S. can survive without one on most nights. On some nights, they can probably skate by without both. But it's clear just how important both are to this team's overall success.

With Adams on the field, his two midfield partners feel free. Musah drives forward, causing mismatches and overloads. McKennie pushes the pace, darting into the box and putting teams onto the back foot. Against Panama, we saw none of that as the USMNT loaded with veterans looked scared, tentative and afraid.

Against Jamaica, Adams completed 93 percent of his passes. He won 12 duels, three tackles and earned a bloody lip for his troubles. That's the type of performance that drives a team, that makes a player a leader.

Acosta cannot step into Adams' role as the No.6 and play the same way and that's not an insult.  Lletget, for as good as he is, cannot quite match what McKennie has to offer, which isn't an insult either. 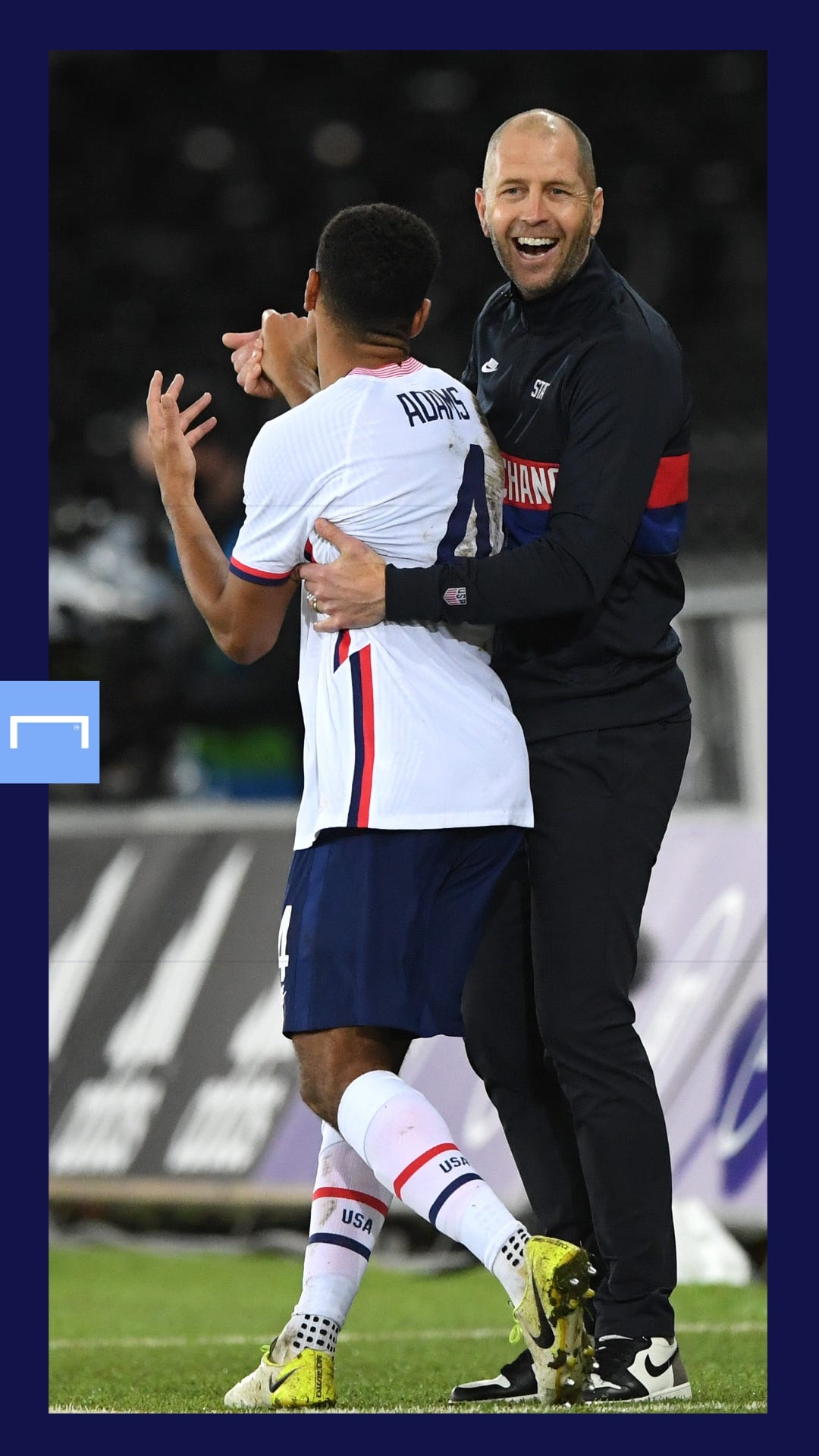 And so the U.S. is left with a problem when the inevitable happens: how do you cope and at what point does depth cause you to shy away from what makes your team go? Is a tactical switch required to accommodate Adams' absence when those moments pop up?

On most nights, the U.S. shouldn't have to worry about those things. Adams was blessed by a seemingly never-ending engine. He is a RB Leipzig player after all. And McKennie back in the team's good graces, although he is still dealing with that pesky injury.

Musah is the obvious favorite to play alongside them, a seemingly perfect compliment, but Lletget, Gianluca Busio and Aaronson could play in there as well. Luca de la Torre is another candidate, although we haven't seen enough of him with the national team to truly know.

And there's good news coming as the next window features only two matches, allowing Berhalter to go all-out with his team thanks to a few days rest. By the time January rolls around and the three-game runs are back, European players will be in mid-season form and coming back somewhat refreshed from that brief winter break.

In the three games until then, the U.S. will need a healthy dose of Adams and McKennie. If Sunday night's performance was anything to go by, the USMNT's World Cup hopes may just depend on it.