The Dutch midfielder has failed to make the expected impact at Old Trafford, with Bert van Marwijk surprised to see a proven performer flopping

Former Netherlands manager Bert van Marwijk has aired his surprise at the struggles being endured by Donny van de Beek at Manchester United, with the experienced Dutchman pointing out that the classy midfielder is “not suddenly a bad football player” and has been overlooked by his current colleagues.

The Red Devils invested £35 million ($49m) in the 23-year-old’s obvious potential during the summer transfer window of 2020, with a big-money agreement pushed through with Ajax.

Van de Beek was expected to thrive in the Premier League, given his ball-playing ability, but regular game time has been in short supply and questions are already being asked of his long-term future at Old Trafford.

Van Marwijk, who was manager of the Dutch national side between 2008 and 2012, has said in his column for De Telegraaf: “I think Donny van den Beek is an excellent football player.

“He has excellent functional technique and despite his young age, he already has the insight to usually make the right choices. He also has a great running ability.

“So, I understand that Manchester United paid him some £35m last summer. Only he plays far too little. On Sunday he was again on the bench for 90 minutes in the top match against Chelsea.

“How is that possible? Van de Beek is not suddenly a bad football player or someone who could not handle the level. I think that is why it is not a matter of too little quality, but that other things are also involved in a different environment.”

Van Marwijk added: “The same position play that made him so strong at Ajax is not there at Manchester United.

“There, the spaces he is looking for between midfield and defence of the opposing team are missing or his team-mates let the moment pass by. His well-timed runs are not recognised there. So, this is also the problem for him. 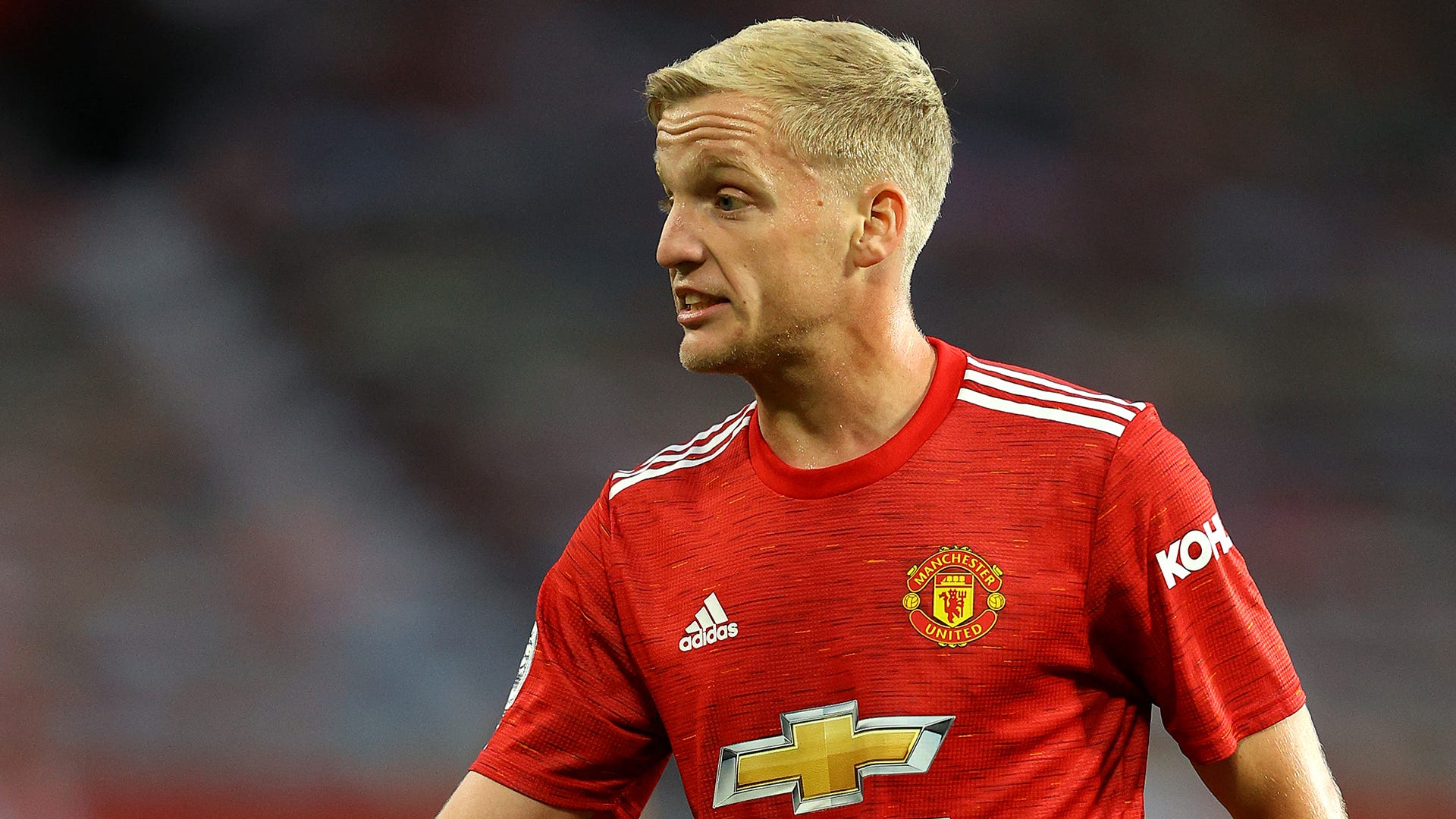 “He is an excellent player, but at the same time he is dependent on his team-mates and the position play that brings his team to the pitch.

“In order to succeed and survive abroad, it seems that something else is necessary. Then you will also have to have or develop other qualities.

“If your team-mates overlook you and the game is not aligned with you, you will also need to be able to find your way. Then that good team player will have to think more about themselves and also have the technical and tactical qualities to make the difference on their own.”

How many appearances has Van de Beek made this season?

A product of Ajax’s famed academy system has figured in 26 games this season.

Only 13 of those outings have been in the Premier League, with just two starts made and 314 minutes seen in total.

A goal on debut in a meeting with Crystal Palace remains the only effort he has contributed to United’s collective cause, while a solitary assist came in Carabao Cup competition.

The Red Devils tied Van de Beek to a five-year contract when securing his signature, with that deal due to run through to the summer of 2025.

It remains to be seen whether that agreement will be seen out, with a hasty exit from English football being mooted.

Van de Beek does face fierce competition for places at Old Trafford, with Bruno Fernandes very much in possession of the No.10 role while the likes of Paul Pogba, Scott McTominay, Fred, Nemanja Matic and Juan Mata compete for other midfield berths.