The United States winger, who won the World Cup in 2015 and again in 2019, explains the factors behind her move to the Women's Super League

Manchester United may only be in their second season in the Women’s Super League, but summer signing Tobin Heath has her eyes on titles this year.

The World Cup winner joined the club earlier this month, along with fellow United States team-mate Christen Press, signing on a one-year deal from the Portland Thorns.

She is joining a long-term project for only a short amount of time, but Heath wants to end her time with the club having something to show for it.

“Manchester United's tradition and history speaks for itself, we're all familiar with it,” the 32-year-old said.

“[This is] a great opportunity [for me] to play a full season and to compete for a title and that's what I felt like I needed.

“When I first watched the team, it wasn't a team that I thought that had recently come into the first division.

“I think it shows with the club bringing over Christen and I that they're very ambitious and they want to compete now.

“They don't want to wait and that's exactly what I love to do. I wouldn’t come to a club that didn't have those ambitions.

“I remember when Manchester United came into the league and I remember saying, 'Wow, this is huge. This is huge for a club like this to have a women's team’.

“It's so important for clubs with all this tradition, history, power, influence to have a women's team and to see the progress that they've made and what they've put into it. 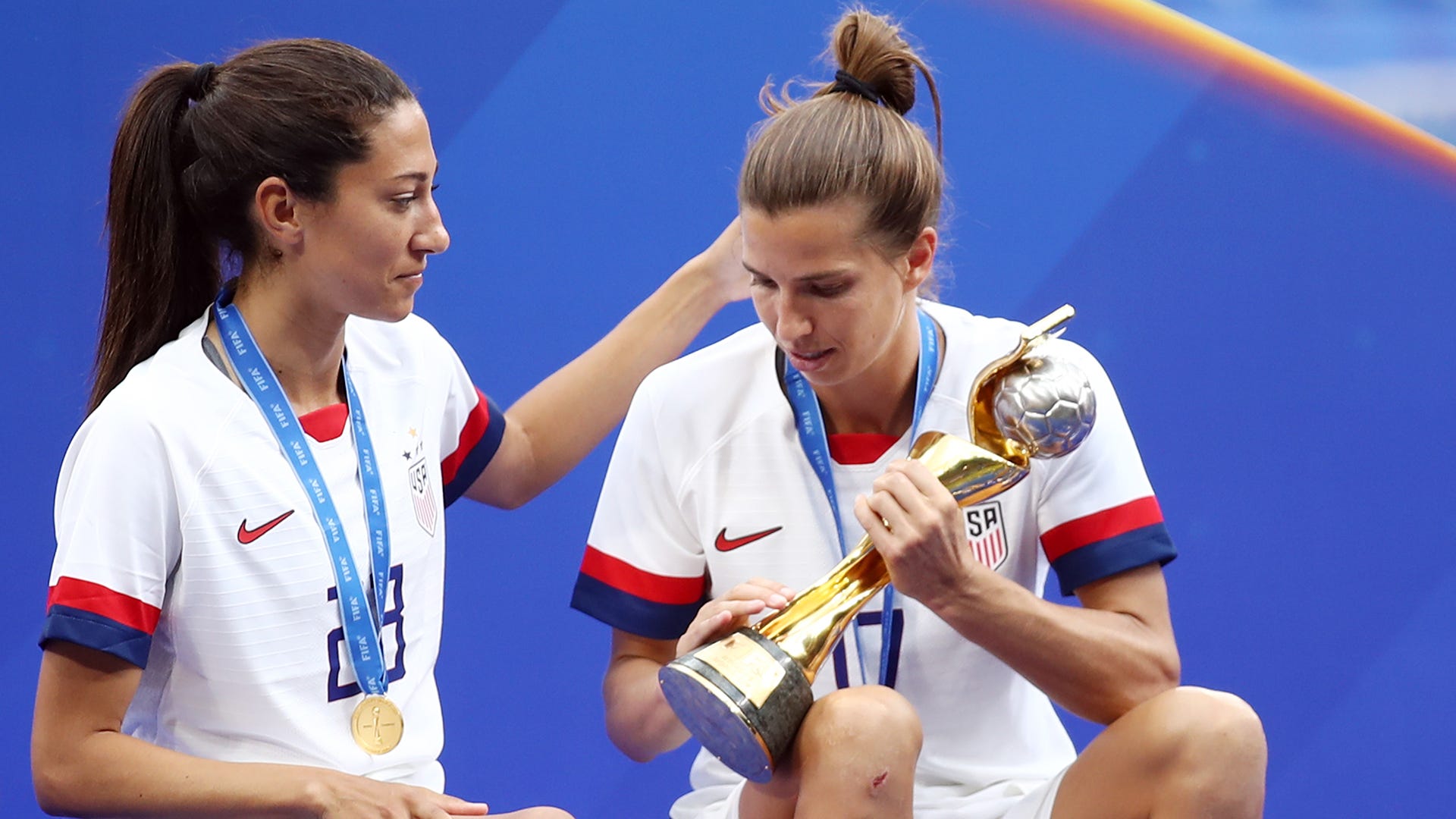 “It's a young ambitious programme, they're only a few years old. I was really drawn in by the manager Casey Stoney and her reputation and what I had heard about her.

“Then, becoming more familiar with the team, I felt like I could really come here and build upon [what they’ve done] and help out and learn and grow."

Man Utd finished fourth in their first season in the Women's Super League last year and now harbour ambitions of going one further to secure a potential Champions League spot.

Signings like Heath and Press are huge statements as they aim to fulfil that ambition, and it speaks wonders of how highly-rated Stoney is that a player of Heath's calibre was impressed by what she'd heard about her as a coach.

“I think when I was first asking about the club, trying to get intel, it was incredible how highly she was spoken of,” Heath explained.

“Then even here, when I came into the team, the girls just speak really, really highly of her, and same with the staff.

“I feel like she's a 'show, not tell' manager. She shows you exactly how she wants the team to be, the culture of the team, by her own actions, and I think that that comes with a lot of respect from the dressing room and you can already feel that.

“She's very focused and the way that she's mobilised this team in the last few years is really powerful.

“It's a testament to her and her devotion for the club and for the growth of this team.” 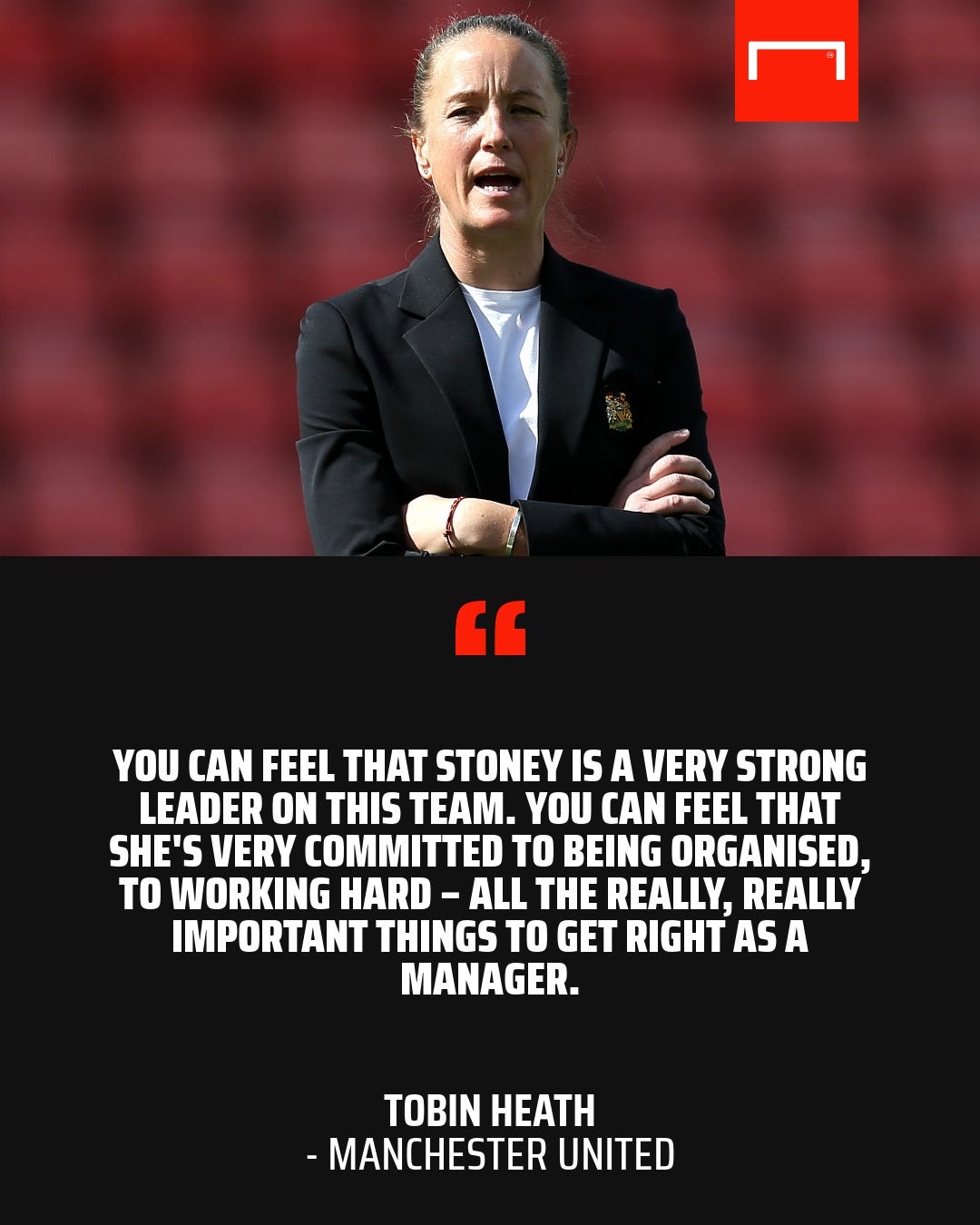 As a player who grew up watching the English Premier League at home in the United States, the chance to play in England was another huge draw for Heath.

“When I put on my first Man Utd training kit, it felt enormous in a way that was really special in kind of like a childhood dream type way,” she explained.

“Obviously, we don't have that history in the U.S., so to be able to put on a shirt like that as an American was really special.”

While she says she always envisioned herself playing for one of England’s big clubs one day, one strange thing about her move to Man United, however, is that she is a huge Arsenal fan.

“It's definitely going to be a different feeling,” she said, asked about the prospect of facing the Gunners as a United player.

“I think it will be great. Obviously, they're very talented team here in the WSL and, as well as a lot of the top teams here, they've strengthened particularly this year. I think all of the matchups are going to be great.

“It already feels a little strange, but we'll see how it is.”