Southampton have had a summer of change, regarding how they conduct their business and with Ralph Hasenhuttl’s modus operandi.

This year’s summer window is the first time in the Austrian’s time at the club they have effectively added to the squad while keeping their major players in situ before the first ball is kicked.

Admittedly, the transfer market still has a month to run, so there remains a possibility that the South Coast side make sales before September 1. 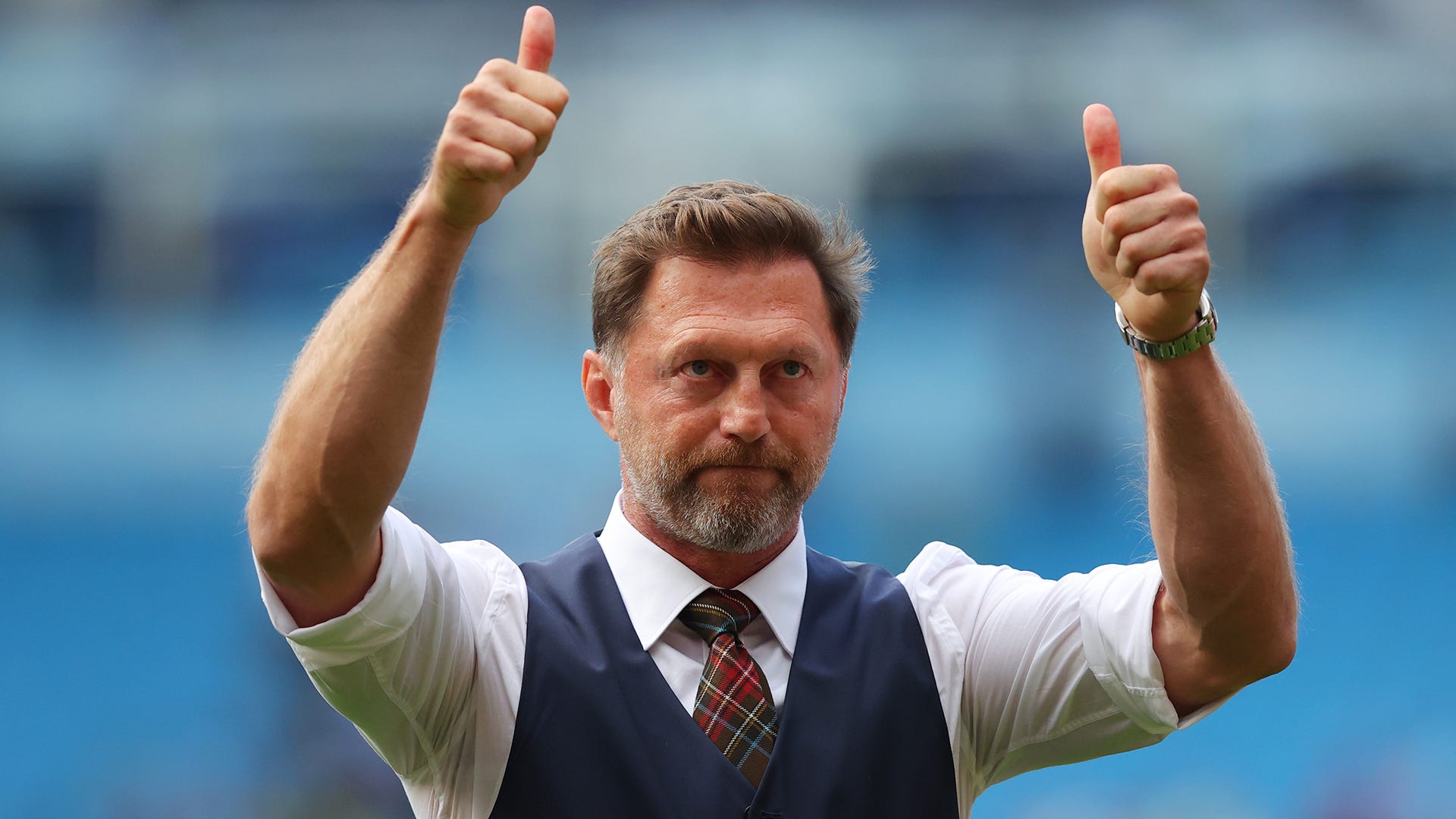 As it is, though, Hasenhuttl takes his team to Tottenham Hotspur on Saturday afternoon fresh from adding six faces to his first-team squad over the summer whilst not saying goodbye to anyone from the preceding campaign.

This demonstrates the ambition of Sports Republic, the club’s new ownership group, to back the incumbent boss and compete for a top-half finish.

Joe Aribo’s signing may not have cost Southampton a fortune compared to other acquisitions, yet the former Rangers man arguably represents the signing that offers the most experience to Hasenhuttl’s men.

Even though there was a feeling the Nigeria international could have bided his time and moved to a side superior to Southampton, GOAL explained why the Saints did all they could to bring the Super Eagle to St Mary’s Stadium. 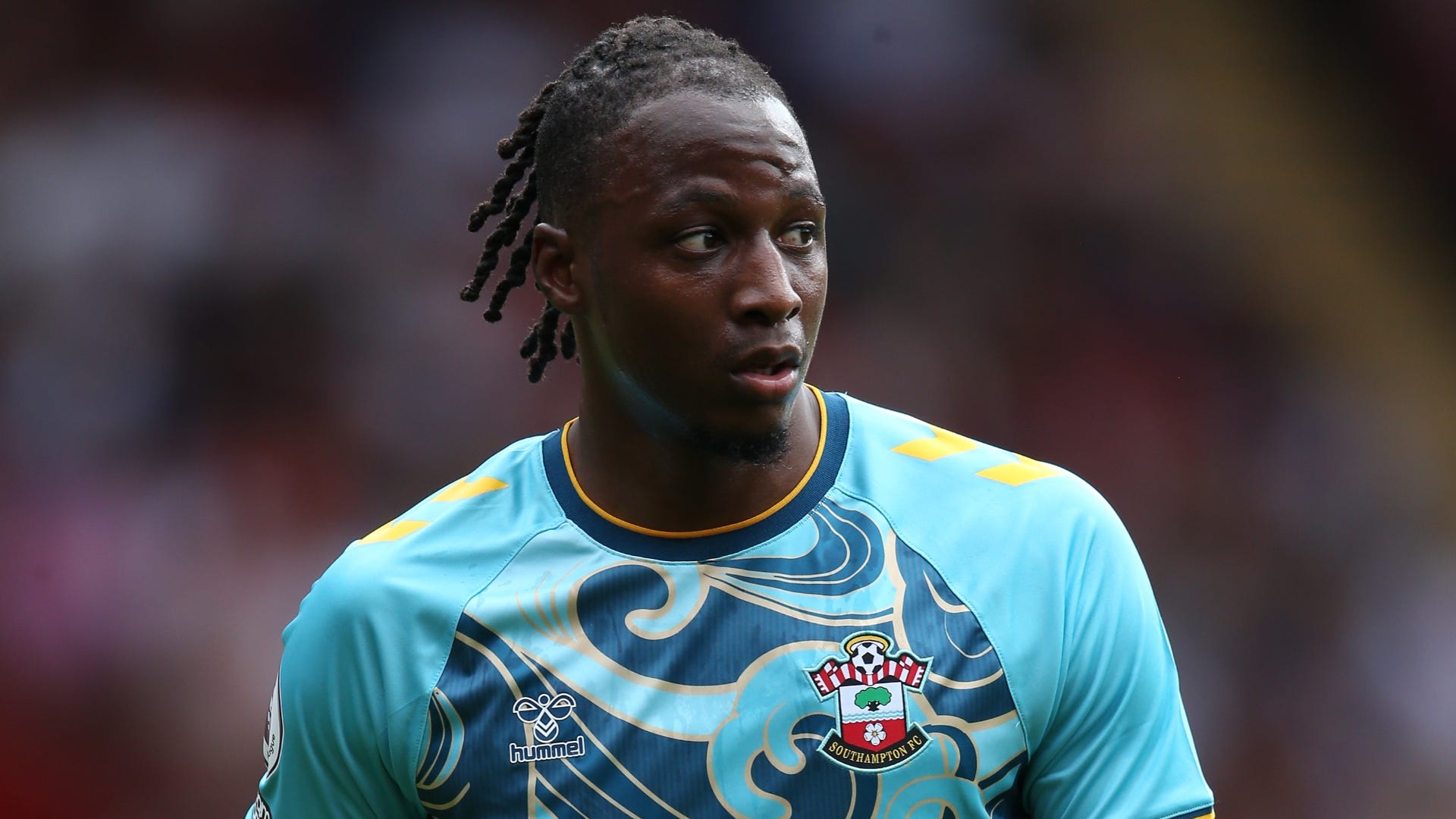 The versatile midfielder’s adeptness in multiple roles is an undoubted plus, likewise the creativity and goalscoring threat he adds to a side that relied on James Ward-Prowse’s expertise from set-pieces more than they probably should.

Aribo’s flexibility in interpreting various roles made him not only a fit as one of the number 10s behind the two strikers in Hasenhuttl’s primary 4-2-2-2 formation, but equally useful if the former RB Leipzig boss switched to the 3-5-2 or 4-1-4-1 utilised at various points last season.

While the usual 4-2-2-2 approach was expected heading into 2022-23, the 54-year-old tactician threw a curveball in the pre-season, opting for a three-man defence in most of their games.

Admittedly, the Saints’ pressing may lose its usual coherence — a theory backed by Hasenhuttl in the off-season — but the hope is the added body in central defence shores things up at the back in some capacity.

“It's a shape to be compact, not so vulnerable for counter-attacks, a better defending shape hopefully," said the Southampton boss before facing Spurs.

"We have shown some good patterns I must say in the defence [during pre-season], but there are still things to learn, and we know the Premier League is still tough to defend in.”

Aribo’s strengths in various positions mean he is capable of playing in central midfield in the current shape, either side of a lone defensive midfielder, or even in the front two as seen in the off-season. 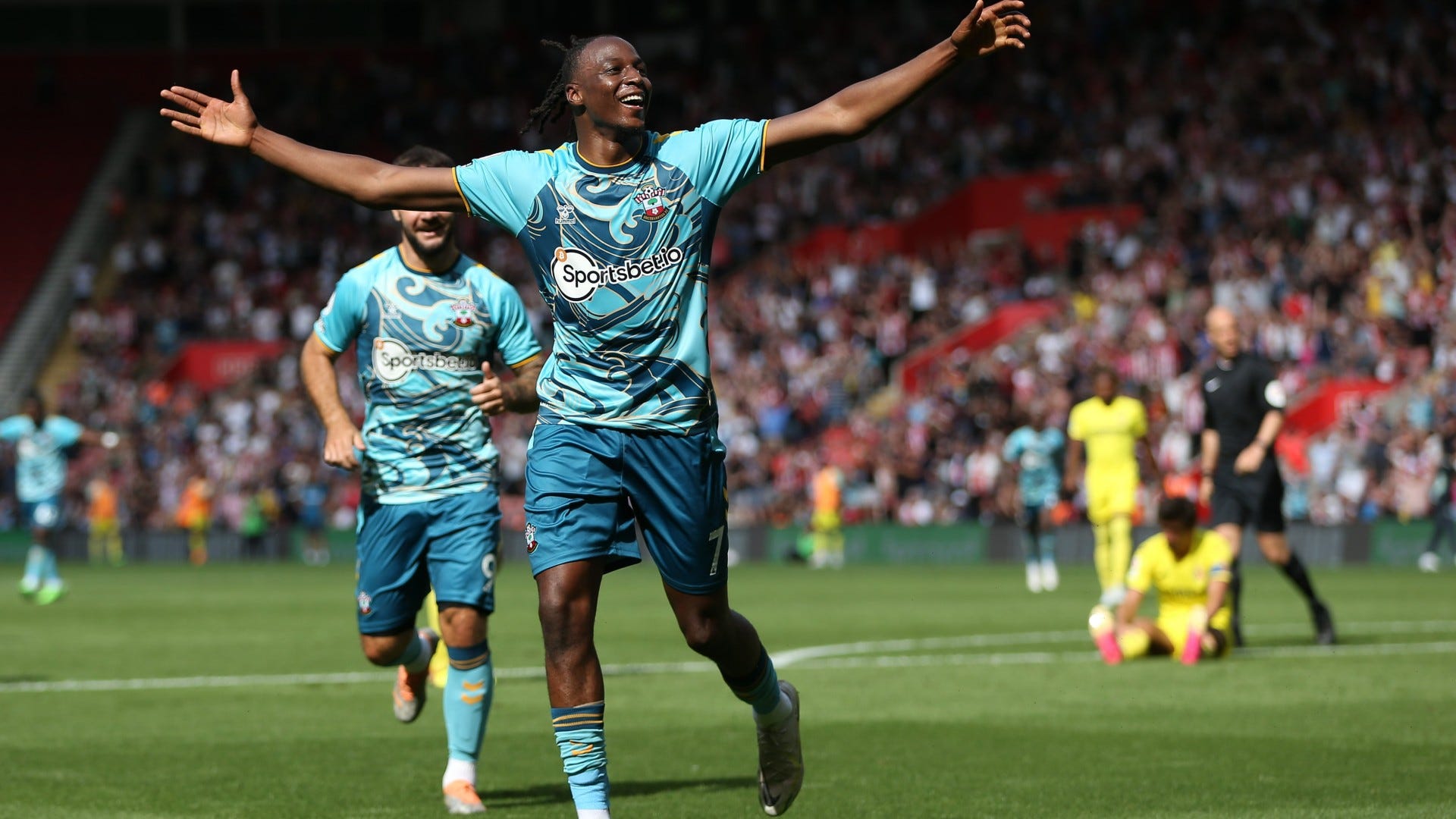 Against Villarreal last time out, the adaptable Nigeria international played both positions in the 2-1 defeat by the La Liga outfit that will be remembered for his stunning individual effort, aided by a little fortune in the slaloming run, and another that was ruled out for offside.

Indeed, there is no doubt that Southampton will be beneficiaries of Aribo’s qualities regardless of the formation utilised, but it is a bit more nuanced for Moussa Djenepo.

While the wide attacker’s directness can trouble any defence on his day, most of his fine work is often undone by his erratic decision-making and final third execution. He neither scored nor assisted in 12 appearances (five starts) in 2021-22, somewhat validating the aforementioned claim. 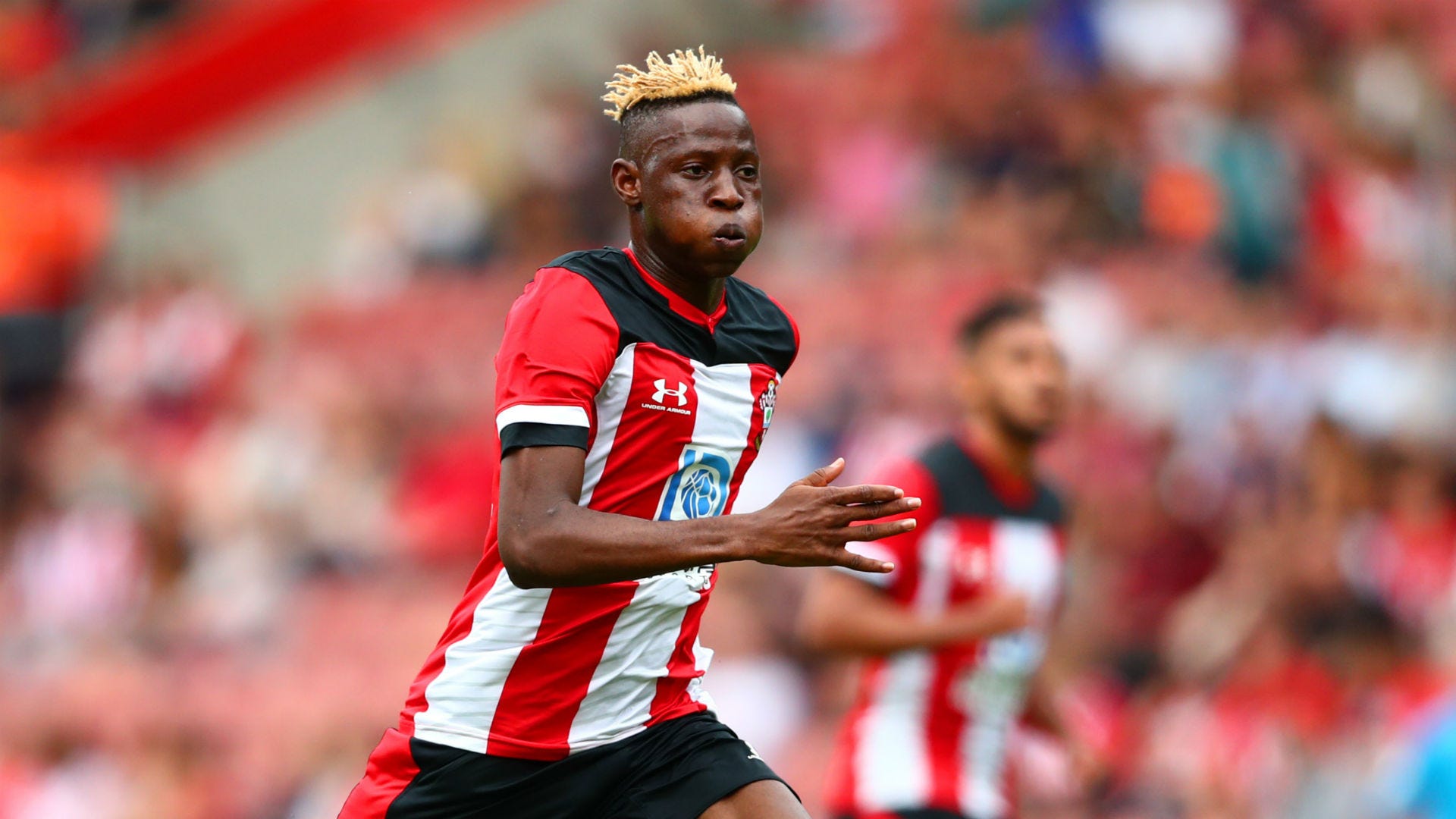 Having said that, the underlying numbers from last season showed Djenepo was consistently involved for Hasenhuttl’s men when he played, albeit with the caveat of a small sample size of games. The Mali international was outdone by only Nathan Redmond and Ward-Prowse for Shot-Creating Actions per 90, while he ranked third for SCAs per 90 from open play.

Unsurprisingly, he led the way for successful dribbles per 90, while ranking third for progressive carries, further demonstrating the 24-year-old’s proclivities.

He has hitherto been deployed at left wing-back, a position that potentially grants him opportunities to take on his marker at will while carrying a goal threat.

A facet of Southampton’s play in pre-season saw attacks funneled through the right flank before crosses were sent into the box for the strikers and runners from deeper positions. 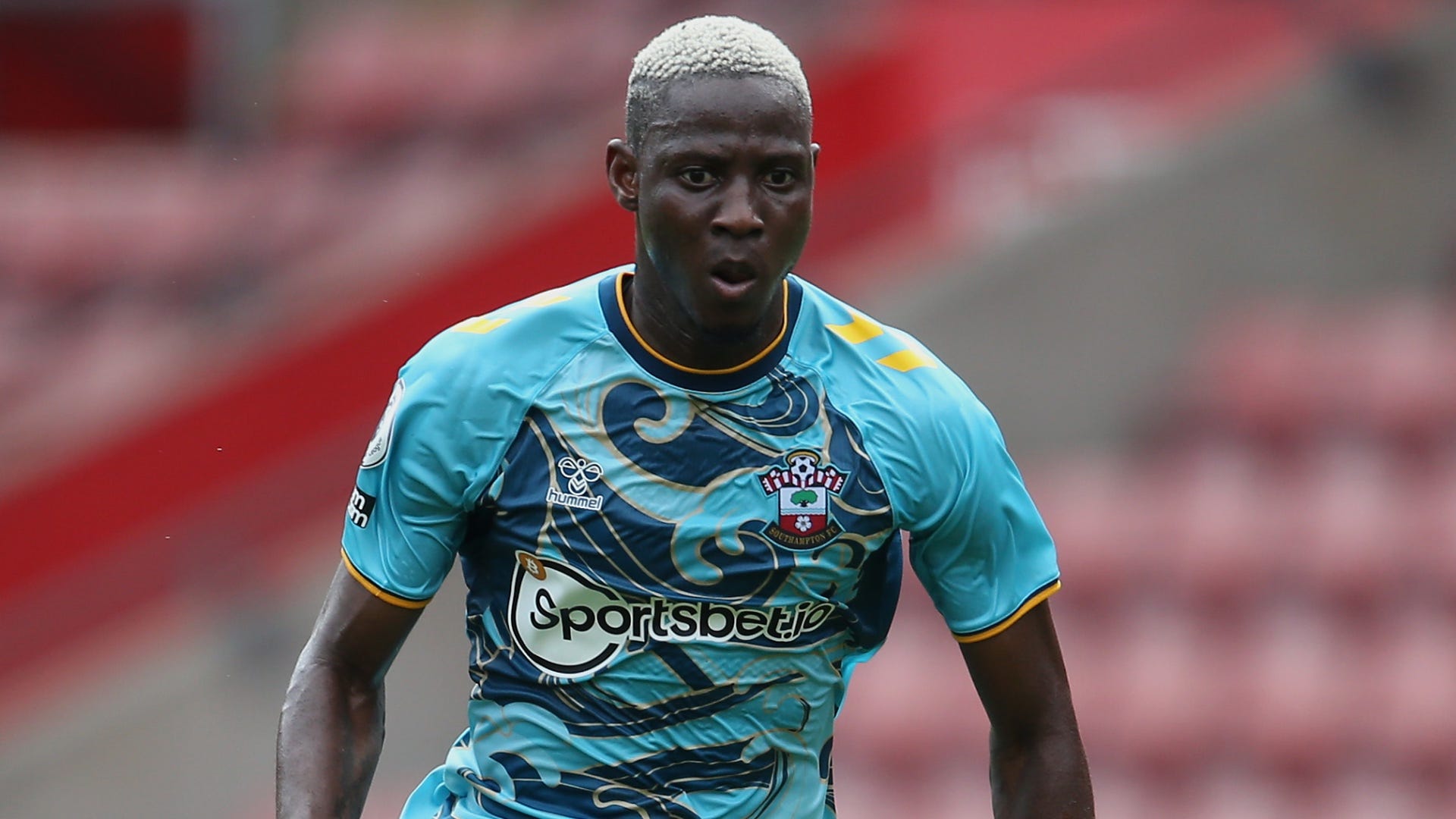 This was recognisable in last week’s 2-1 defeat by the Yellow Submarine where Djenepo twice failed to profit at the back post after deliveries from the right half-space found him unmarked in rather promising positions.

However, the end product was frustratingly lacking for the Wideman who often flatters to deceive in the attacking third and may still be defensively suspect at wing-back.

It will take a run of good performances and results for Southampton to shed the tag of relegation candidates, a label caused by the club’s wretched run of results at the backend of last season that saw them win just one of their final 12 league games.

In a new formation, though, Hasenhuttl may find some respite as they look for a bright start to the campaign with Saturday’s trip to Tottenham Hotspur in the offing.

Aribo and Djenepo may not have envisaged being deployed in the roles they have assumed in the last month, but they could well be beneficiaries of their manager’s tactical switch in the coming months.