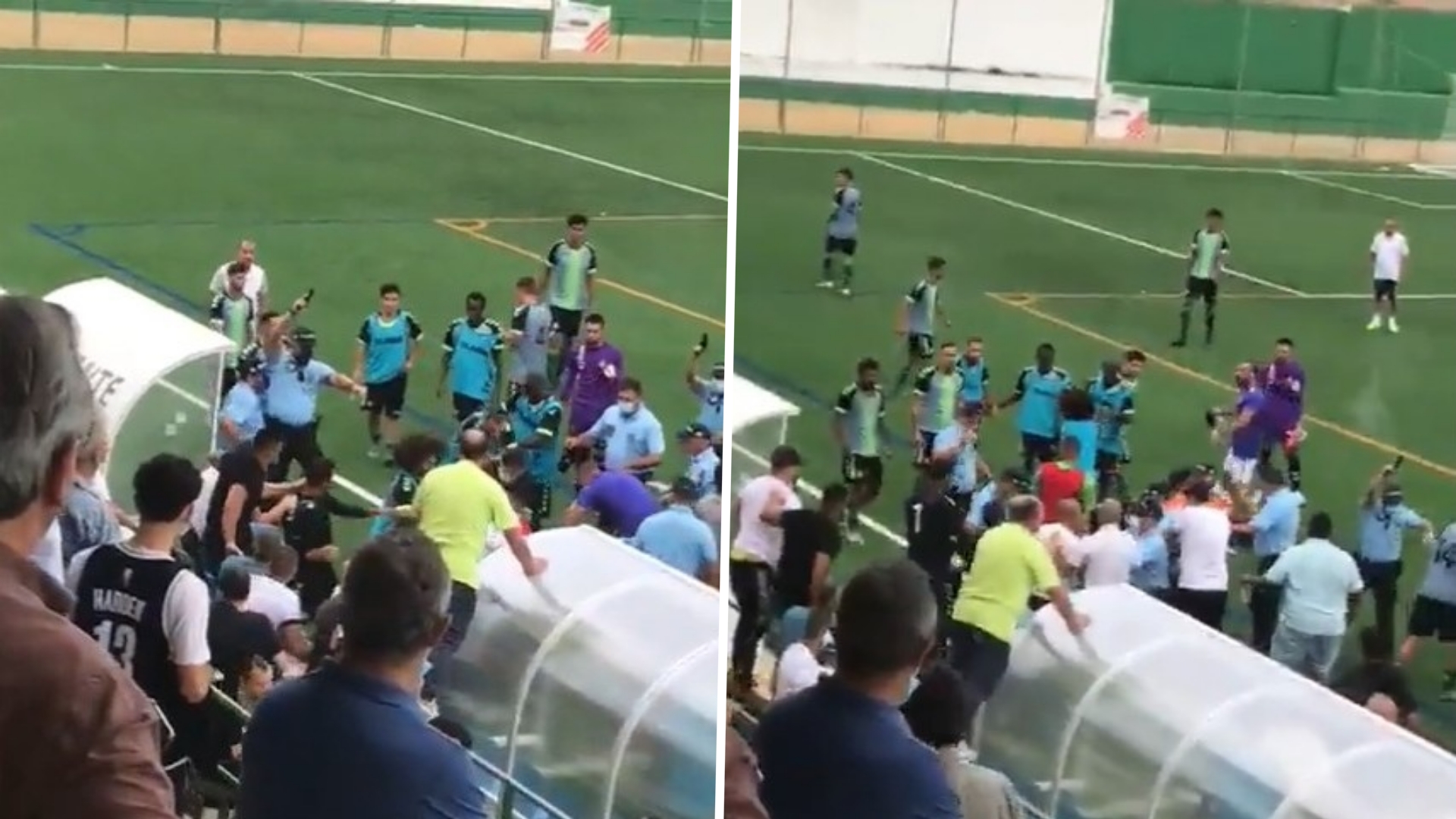 The contest between Olimpico do Montijo and Vitoria Setubal B descended into chaos as supporters, footballers and coaches clashed

A regional football match between Olimpico do Montijo and Vitoria Setubal B descended into chaos over the weekend as local police forces were forced to fire gun shots into the air in an attempt to break up an ugly clash between players and supporters.

After a goalless draw was played out there was carnage at the final whistle as fans clashed with players and coaches.

Decisive action was required in order to restore peace, with the situation escalating quickly to the point that events spiralled out of control.

The post-match brawl was sparked by players and coaches, with fans then storming the field to get involved. Two policemen attempted to break up the melee, but were unable to pull those involved apart.

As the violence became more intense, an additional policeman appeared and up to nine shots were fired into the air.

A police statement claims there was "aggression between various people who participated in the sporting event, including supporters of the two teams, who invaded the field.

"The officers that were there to ensure the security of the sporting event, intervened immediately to end the aggression in progress. Three police officers gave warning shots, by firing their weapons up in the air. The police action, including the shots produced, did not result in injury or damage."

With a disciplinary investigation now underway, Setubal coach Paulo Martins said: "Had the police not fired those shots, the confusion would have been worse. Perhaps they should have prevented fans from entering the pitch."

Olimpico do Montijo coach Marco Bicho added: "At times, teams at the end of a game lose a little bit their emotional control. Players, coaches and executives got too close to each other and it resulted in a conflict and some aggression, but then the police lost control.

"I have a question, in countless situations where players get at each other, has anyone seen something like this anywhere? Even with attacks worse than that, no one has seen the police fire 10 shots into the air."