Antoine Griezmann has been named in Atletico Madrid’s starting XI for a derby date with arch-rivals Real after seeing his game time limited of late.

WHAT HAPPENED? The World Cup winner has been used a second-half substitute on a regular basis by Diego Simeone this season, with his introduction to games tending to come just after the hour mark. He hadn't started any matches before Sunday. Questions have been asked of whether that approach has been taken in order to avoid triggering a clause in his loan deal from Barcelona that would lead to a permanent transfer being pushed through. 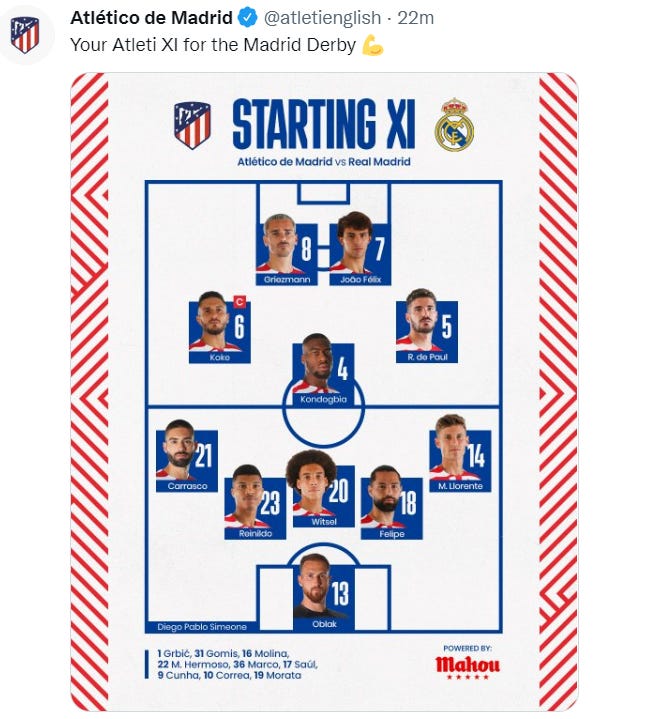 THE BIGGER PICTURE: Atletico Madrid have always maintained that they are not denying Griezmann game time in order to prevent a deal with Barcelona being triggered, but the Frenchman has been left frustrated with filling a support role.

WHAT NEXT FOR GRIEZMANN? He now has an opportunity to star on the grandest of stages against reigning La Liga champions Real Madrid, with the 31-year-old having netted three times through seven appearances so far in the 2022-23 campaign.