Manchester City midfielder Jack Grealish has lavished praise on his new team-mate but could not resist a cheeky dig too.

WHAT HAPPENED? Both Grealish and Haaland were on target for Manchester City in the team's 4-1 win at Wolves on Saturday in the Premier League. Haaland continued his prolific form by scoring his 11th league goal of the season but it was the first time the Norwegian has netted from outside the box. The fact did not go unnoticed by team-mate Grealish, who also enjoyed a good day at Molineux, scoring his first of the season after just 55 seconds.

WHAT THEY SAID: "This year, in my opinion, we have got the best striker in the world playing up front who is just obsessed with scoring goals and being in the box, which is a brilliant trait for a striker," he said. "I think it is down to us to put the balls in the box. I was just having a word with him then saying that ‘I didn’t even know you could score from outside the box!’"

THE BIGGER PICTURE: Haaland is known for being an incredible penalty-box predator but showed against Wolves that there is more to his game than just tap-ins. The Norwegian struck City's second of the game with a neat turn and drilled low finish past Jose Sa from outside the penalty area. 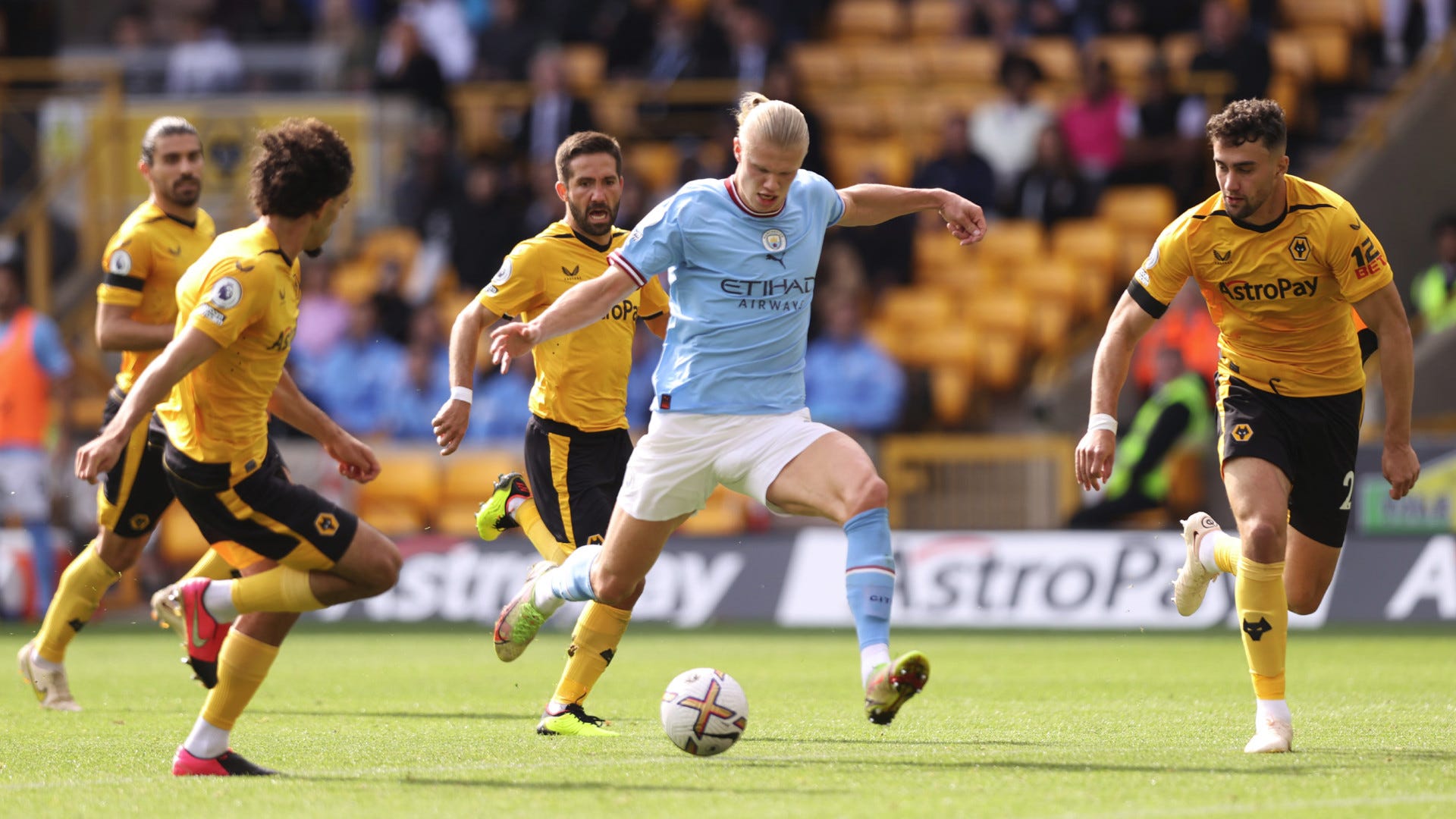 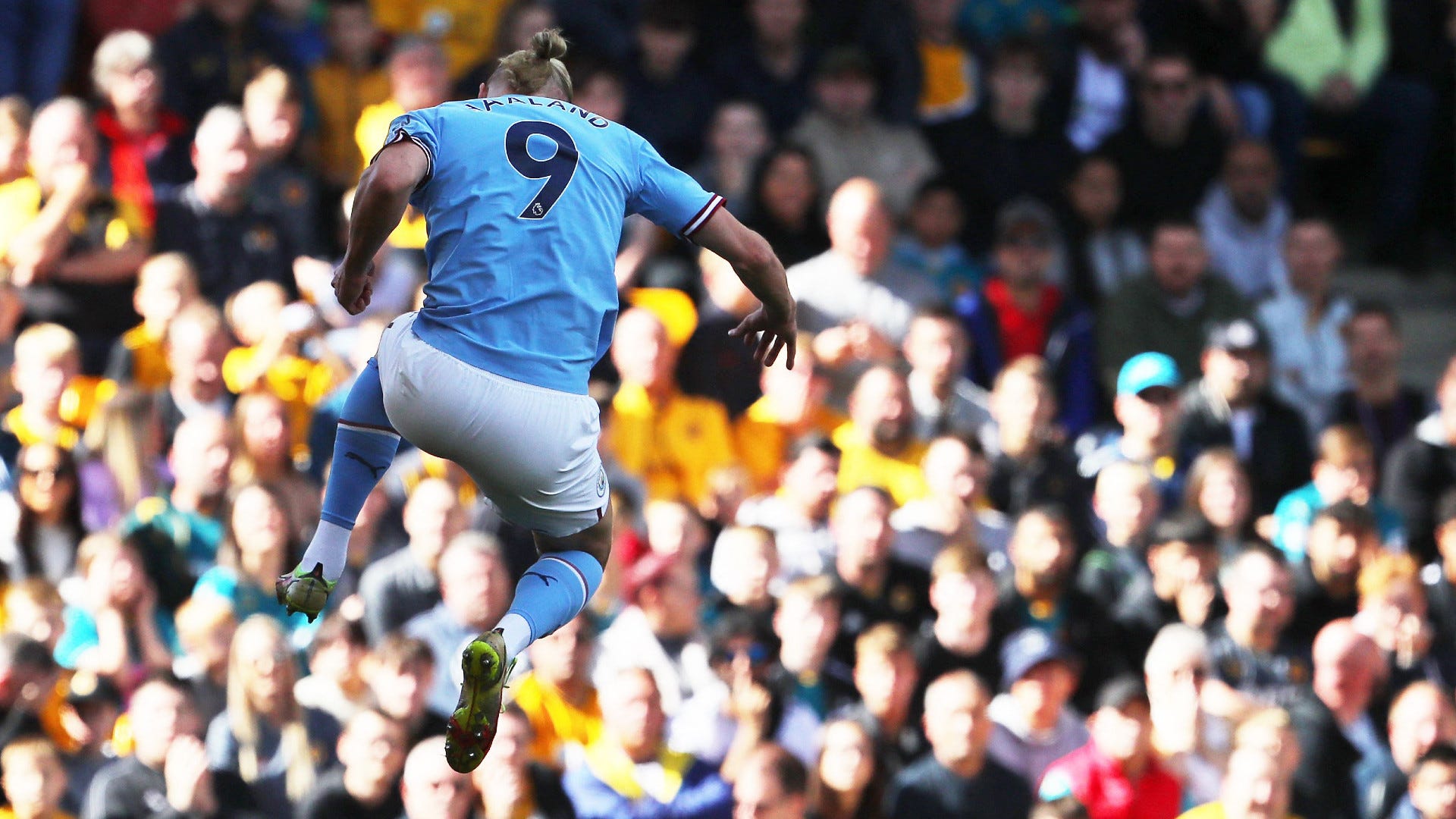 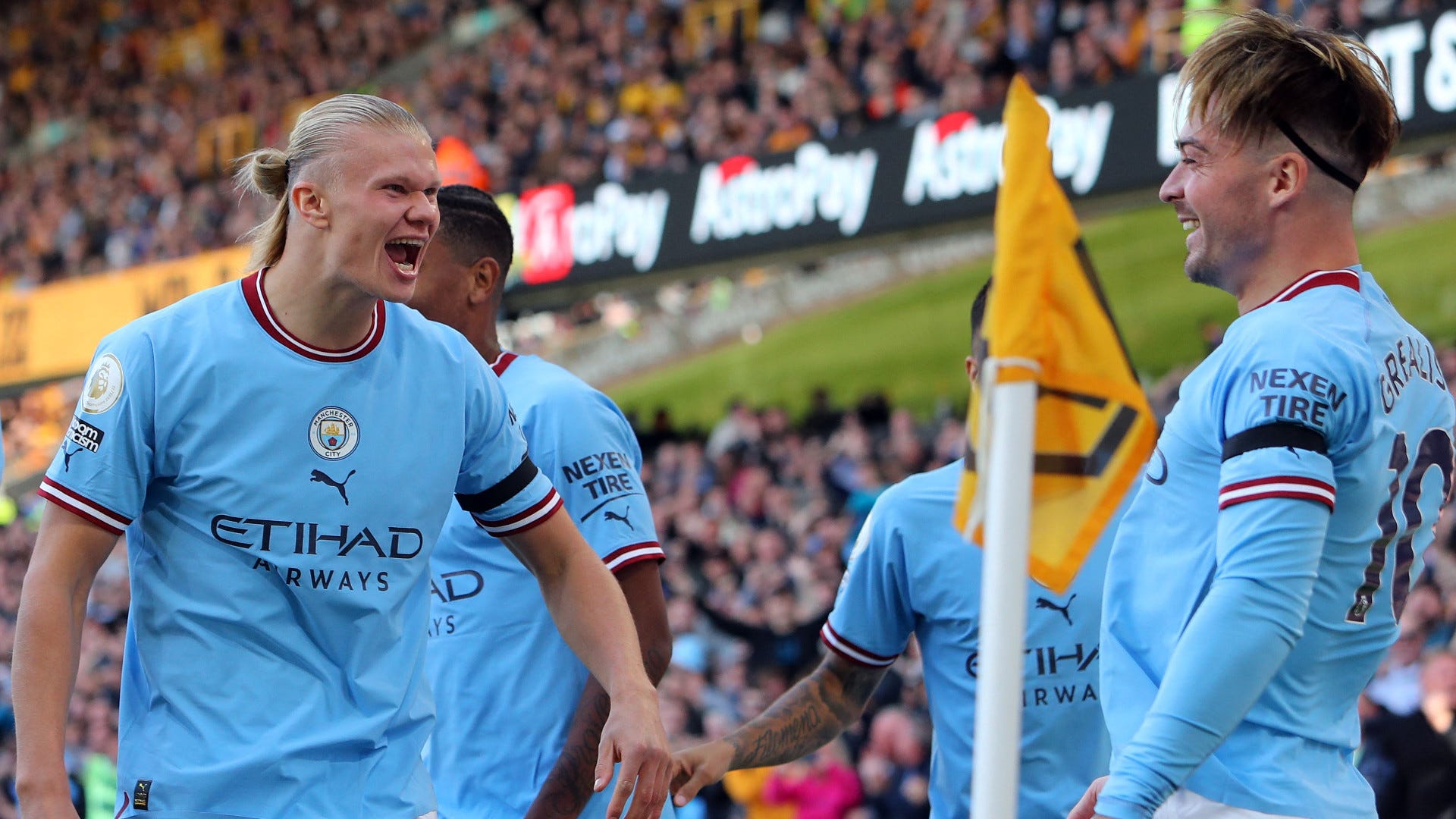 DID YOU KNOW? Erling Haaland has scored 100 goals in his last 99 games in all competitions.

WHAT NEXT FOR MAN CITY? Pep Guardiola's team face local rivals Manchester United next in the Premier League, with the Red Devils due to visit the Etihad Stadium on October 2.

How many goals will Erling Haaland score this season?