After a record-breaking start to his Serie A career with Genoa, the prolific Pole won over Milan fans by netting with his first three shots on target

When Krzysztof Piatek was a child, he had a Manchester United jersey with Cristiano Ronaldo's name and number on the back.

Now, the Poland striker is competing with the Portuguese superstar for this season's Serie A capocannoniere award.

So, when Piatek described his January move to AC Milan as "a fairy tale", it was easy to see where he was coming from.

Only last year, he was plying his trade in Poland with Cracovia. However, after a record-breaking start to the season with Genoa, he joined Milan during the winter transfer window for €35 million as a replacement for Gonzalo Higuain.

Even Piatek couldn't quite believe what was happening, where he was and who he was surrounded by.

"Just sitting here next to legends like [Paolo] Maldini and Leonardo is a huge honour," he gushed at his press unveiling.

Piatek admitted that the facilities alone had left him in "a state of shock".

"Milanello is amazing!" he enthused. "Everything is of the highest standard.

"There are six pitches, two heated, one artificial, two gyms, kitchen, dining room, each player has his own room. Amazing place. Every situation and every day provide new impressions.

"Signing the contract, visiting the trophy room, that is where your jaw drops." 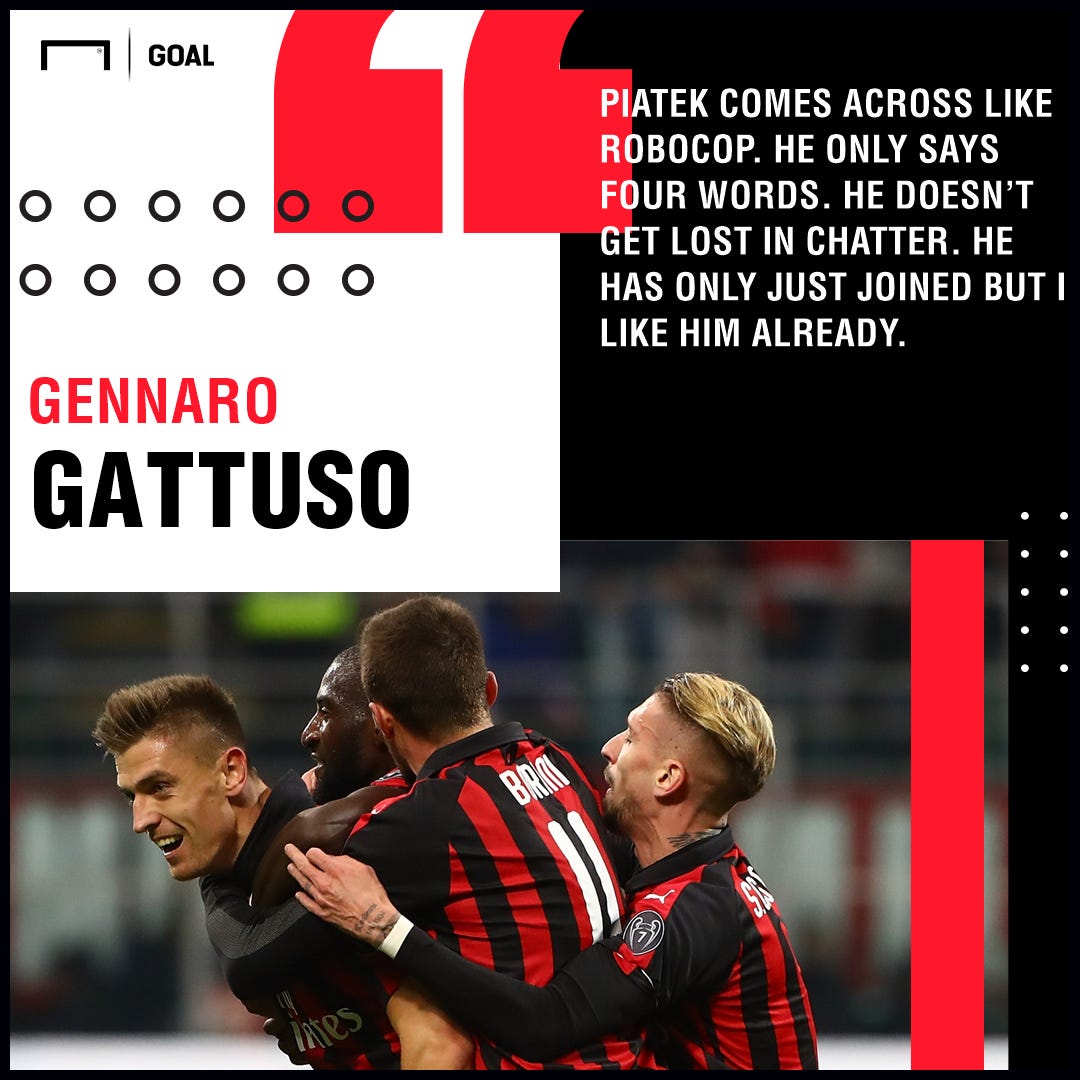 Piatek was, therefore, dumbfounded when Andriy Shevchenko came to chat with him before Milan's Serie A clash with Napoli and could barely contain his joy after being asked for a photo by Clarence Seedorf.

Piatek's reverence for Milan's history, unsurprisingly, immediately endeared him to coach Gennaro Gattuso, a man steeped in the club's traditions.

"He has only just joined but I like him already," the former Rossoneri midfielder confessed.

"He’s a curious lad who looks at photos at Milanello: he likes to observe and experience the structure here first-hand."

However, while Piatek may evoke memories of an awestruck Dorothy waking up in Oz, there is a colder, more serious side to his character.

"Piatek comes across like Robocop," Gattuso acknowledged. "He only says four words. He doesn’t get lost in chatter."

Indeed, while Piatek is as polite and respectful as they come, the man with the 'gunslinger celebration' has the utmost faith in his own ability.

When he joined Milan, he made clear his desire to take over the No.9 jersey left behind by Higuain. His request was rejected by the Rossoneri, though.

"The club decided to take it slowly and hold off for a bit," Piatek explained.

"It has to be a reward for the player who deserves it, to follow in the footsteps of Filippo Inzaghi and Marco van Basten.

"I was told that I must prove myself first." 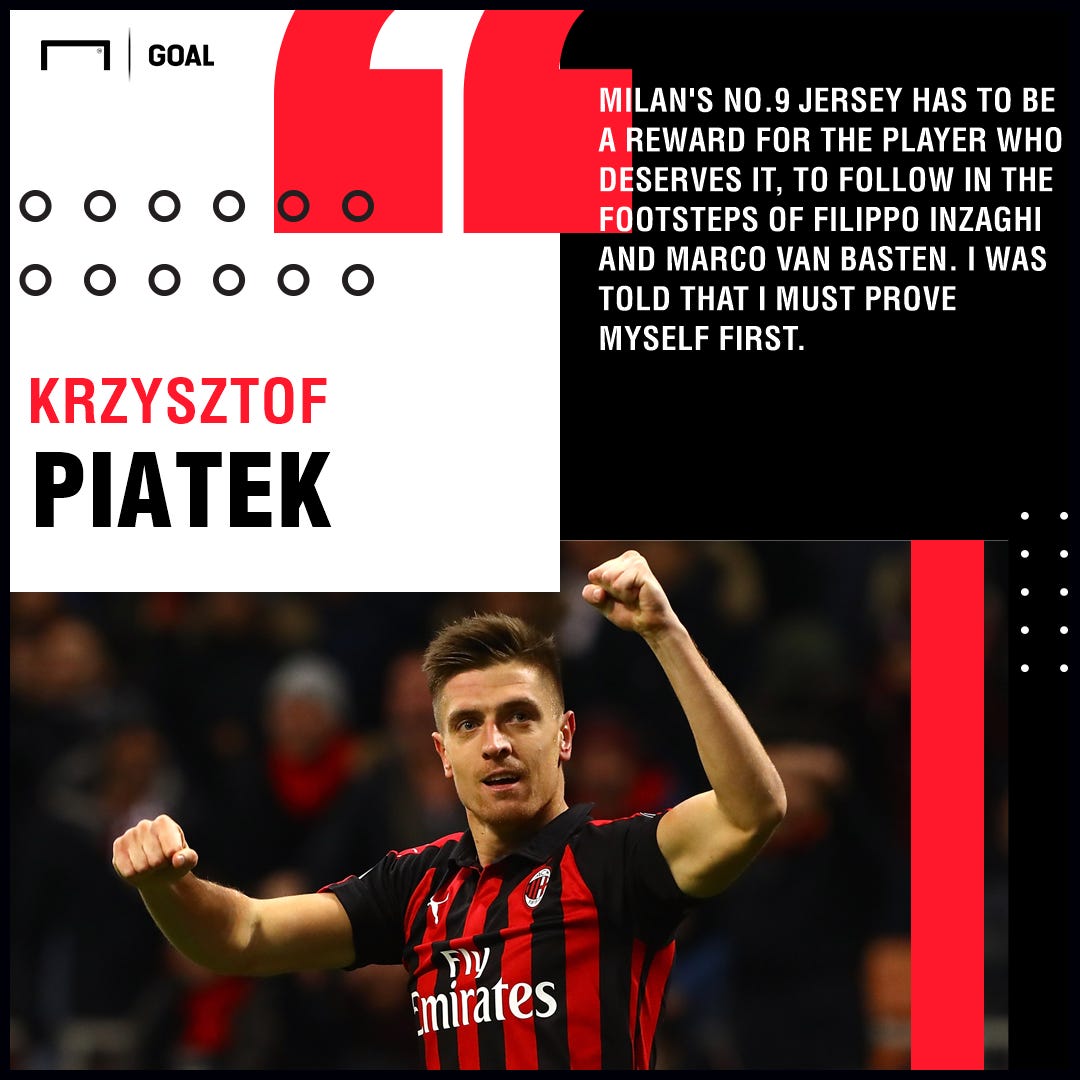 He couldn't have hoped for a better start in that regard.

Piatek netted with his first three shots on target for Milan, downing Napoli with a double in the Coppa Italia quarter-finals before opening the scoring in last weekend's Serie A draw with Roma.

His performance against the Partenopei was particularly impressive, prompting headlines such as 'Gonzalo who?'.

For the opener, he utilised his pace and intelligent positioning to get in behind and then accelerate away from the Napoli defence, while he "invented the second goal out of nothing", as Gattuso enthused, by doing something truly special: stepping away from Kalidou Koulibaly with ease.

Furthermore, both finishes were as precise as they were composed.

The Corriere dello Sport were quick to pay tribute to 'RoboCoppa', while centre-half Alessio Romagnoli hailed his team-mate's shooting as "extraordinary".

His efficacy is certainly exceptional.

Piatek has scored more goals in all competitions this season (22) than Ronaldo (19), even though he has played six fewer games (24 in total) and taken less than half as many shots (90) as the Juventus forward (182).

Piatek also boasts a superior shot conversion rate (30.14) to all of those illustrious names listed above, as well as his San Siro predecessor Higuain (17.86). 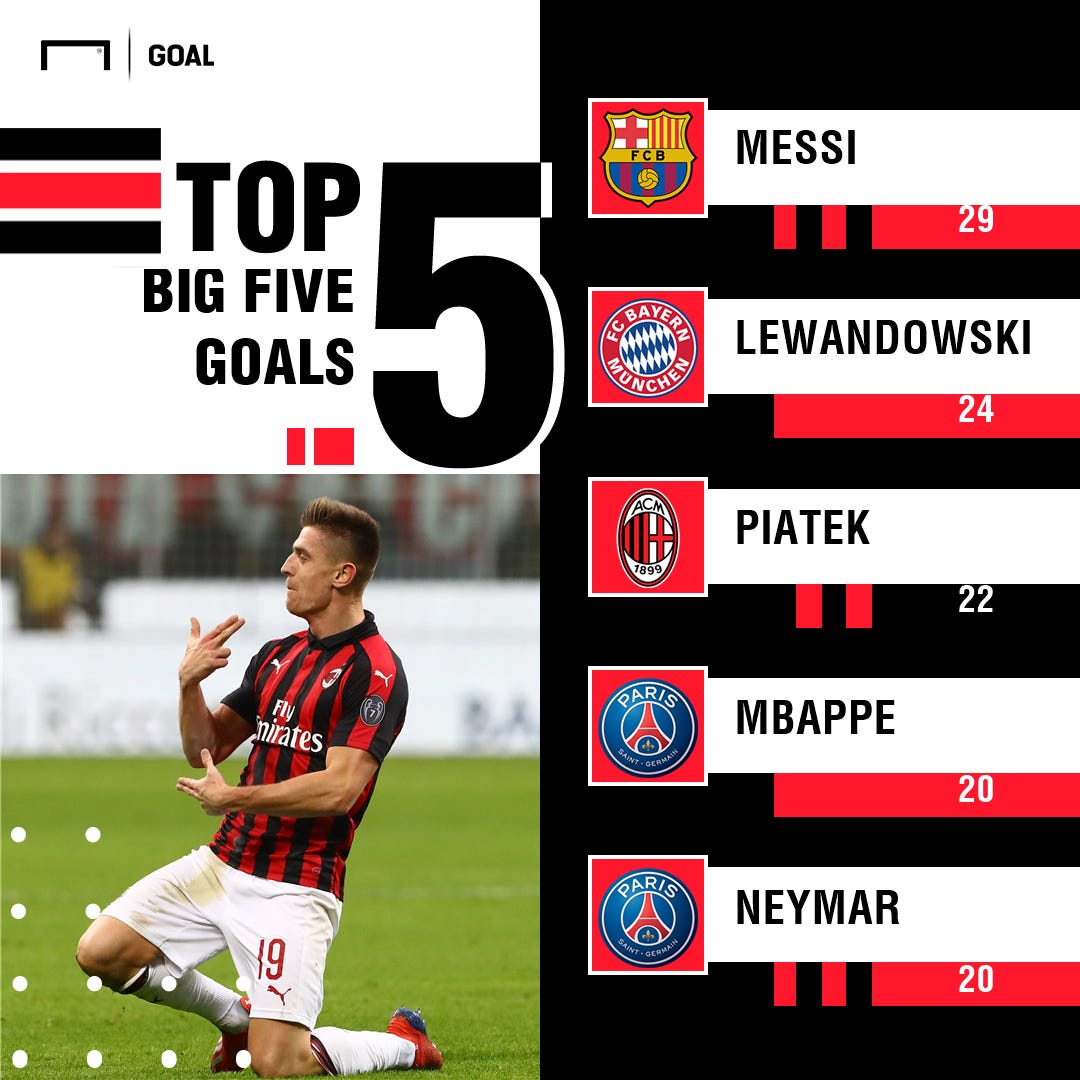 Those are staggering numbers for a 23-year-old who spent just over half of his first season in a 'Big Five' league playing for mid-table Genoa.

However, Grifone sporting Giorgio Perinetti has claimed that Piatek – who scored nine times in his first seven Serie A outings – arrived at the Luigi Ferraris "programmed" to become a great goalscorer.

“Did I expect him to have such an impact at Milan? I expected him to respond well because he’s a player who is programmed," Perinetti said.

“Gattuso has rightly compared him to Robocop in that he is a bit robotic: he doesn’t feel tension or anxiety.

"Right from the start [former Genoa coach Davide] Ballardini told me Krzysztof would be a player who gave great satisfaction.

“He’s a finisher but also good technically. He’s 23 years old, but he can still improve so much as a player in Serie A and he has plenty of room to do so."

That is a terrifying prospect for Milan's rivals for a top-four finish.

He has made a staggeringly confident start to life at San Siro. Clearly, he is going to take some stopping.