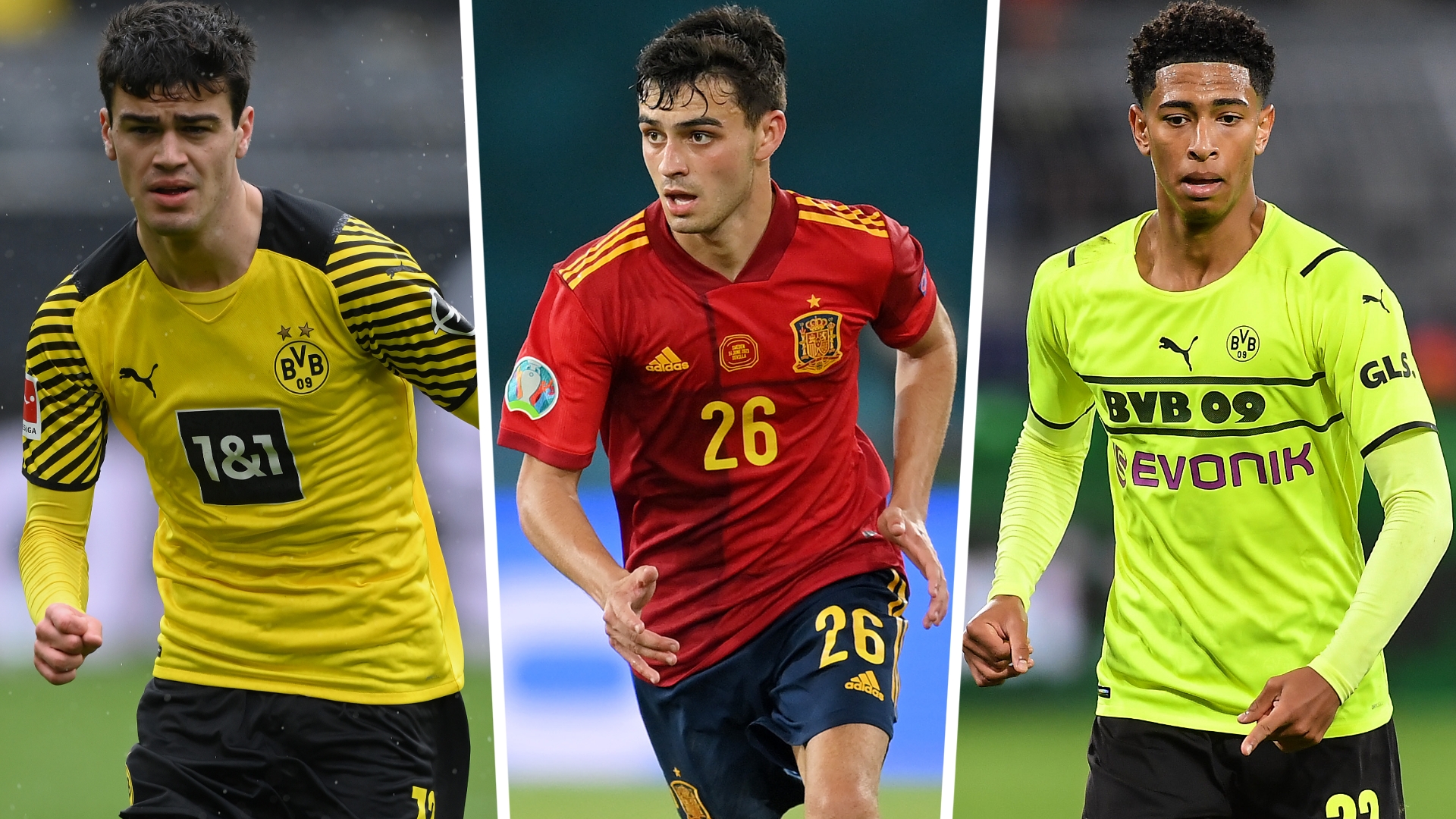 Pedri, Jude Bellingham and Gio Reyna are among the 20 players to make the shortlist for the Golden Boy award, which is given to the best player under the age of 21 in Europe's top leagues.

Erling Haaland won the award, which is handed out by Tuttosport, last season, while Wayne Rooney, Lionel Messi, Sergio Aguero, Paul Pogba, Kylian Mbappe and Matthijs de Ligt are among the award's past winners.

This season's winner will be announced on December 13, with the initial list of 100 players revealed in June now down to the final 20.

Who is on the shortlist?

A total of 20 players from 10 countries make up the final shortlist of players.

Spain stars Pedri, Gavi, Bryan Gil and Yeremi Pino give La Roja the most nominees with four, with Germany and England following just behind.

France stars Eduardo Camavinga and William Saliba have been nominated as have Daniel Maldini and Roberto Piccoli from Italy and Ryan Gravenberch and Jurrien Timber from the Netherlands.

U.S. men's national team star Reyna is one of just two non-Europeans nominated, alongside Brazil and Real Madrid star Rodrygo, while Portugal's Nuno Mendes and Belgium's Charles De Ketelaere round out the shortlist.