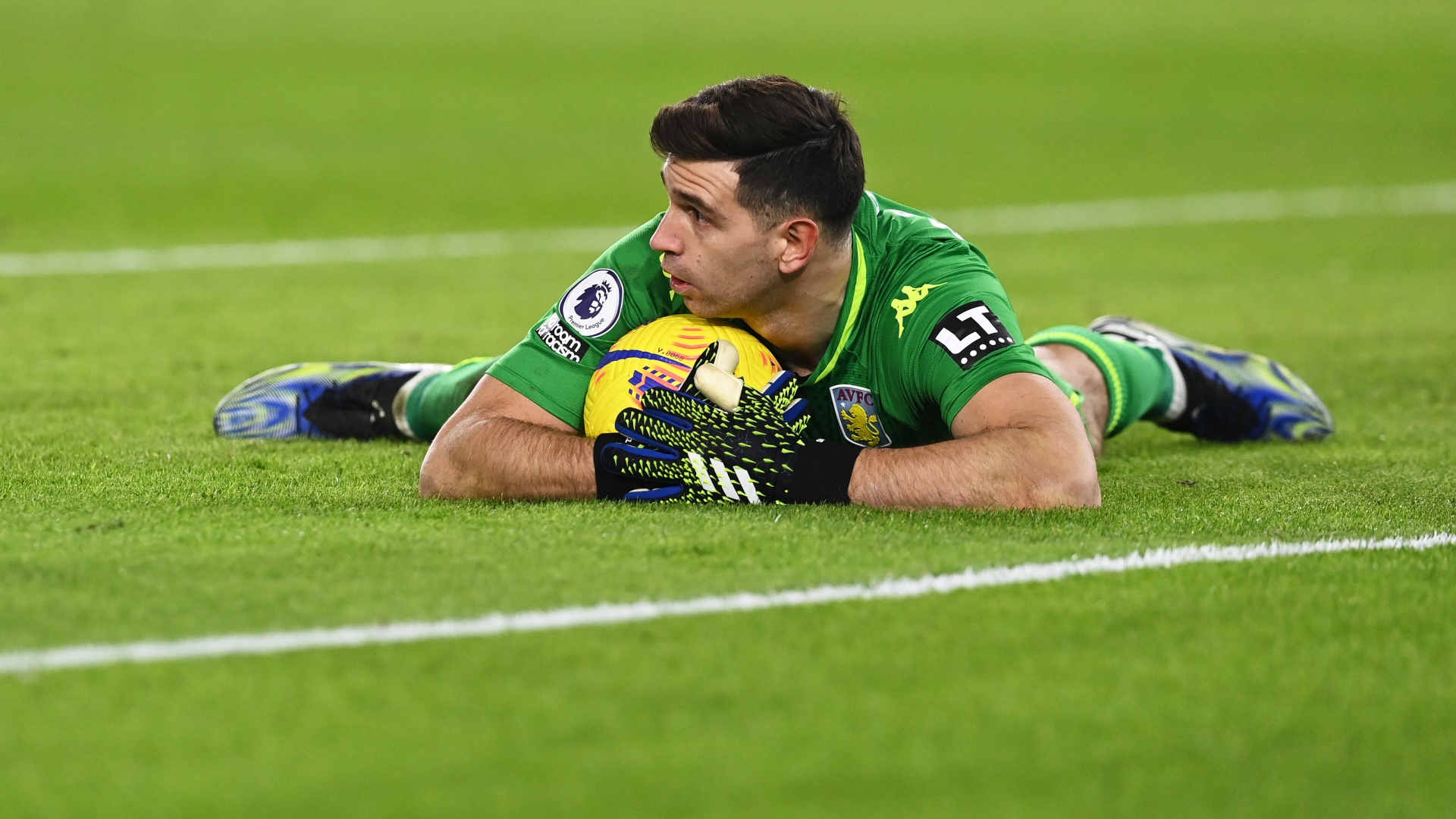 The shot-stopper has been immense since the Gunners sold him, arguably playing at a higher level than Bernd Leno

Emiliano Martinez almost single-handedly preserved a point for Aston Villa on Saturday by making nine saves in a scoreless draw against Brighton.

Martinez was sold to Villa by Arsenal for £20 million ($26.2m) over the summer and has since been in the form of his life, suggesting his former club may have let him go too easily despite the presence of quality first-choice shot-stopper Bernd Leno.

Villa's goalkeeper has kept clean sheets in three of his past four appearances - including one against the Gunners - to help his side into eighth place in the Premier League table. He has recorded 12 clean sheets on the season.

What did Martinez say about his nine-save match?

"I was just so cold I tried to be really reactive," Martinez told Sky Sports. "I thought I had a good game because I made a good save early on. The accuracy of my passes were right, and I'm delighted to keep everyone out today.

"I just want to repay the trust of the manager and goalkeeping coach and the club. Once I sign for a club, I try to give my everything. I think I'm doing that at Villa.

How did Villa manager Dean Smith rate the performance?

"I'm really pleased with his performance," Smith told reporters after the match. "He made at least three top drawer saves with a couple straight at him. We didn't protect him well enough today.

"Emi's a fantastic goalkeeper and a great acquisition for Aston Villa but he'll be the first to admit that for the 12 clean sheets this season he's been protected really well. Today we didn't and we kept giving them the ball back and he was called into action too much.

"He was very good today. It was a one-man show at times, such was the sloppiness of our play."

What are fans saying about Martinez's form?

Emi Martinez is the signing of the season. Fair play to the Villa recruitment team who found him in.... oh right. And they sold him to Villa??

Emi Martinez!! Is there a better keeper than this man right now! Bloody love him #AVFC pic.twitter.com/MrFw67ET4T

So we all agree Emi Martinez is the best keeper in the league, right? pic.twitter.com/5ARD7E2M7H

Emi Martinez, That is all. pic.twitter.com/Um2oly4T86

The stats behind Martinez's rise

Martinez's nine saves against Brighton were the most any goalkeeper has made in a clean sheet this season.

In addition, Martinez has kept seven away clean sheets in the Premier League this season, with the only Aston Villa goalkeeper to ever register more away shutouts in a single campaign was Brad Friedel in 2009-10.

Only Manchester City's Ederson has more clean sheets this year than Martinez, who has made 81 total saves this season.

Why did Arsenal sell Martinez?

Arsenal are plenty happy with Bernd Leno, their first-choice goalkeeper who has been solid in his own right for the Gunners in recent years. With the pandemic causing financial pain to organisations around the globe, Arsenal included, the club found it economically advantageous to offload a player in Martinez they viewed as a backup.

But his performance this campaign makes the case that he would have at least been phenomenal insurance to keep behind Leno, whose last campaign ended prematurely with a knee injury.