Surpreendente! As the rain cascaded down over the Estadio do Dragao, the genius of Mohamed Salah ensured the adjectives ran dry. Are there any words left to describe the Egypt international’s never-ending excellence in the final third?

And so, short of inventing superlatives, the Portuguese expression for ‘amazing’ has been recruited on loan. Even that doesn’t feel strong enough to fully articulate the exploits of the Liverpool forward, who recorded his 30th goal of the season on Tuesday night.

On the elite stage, and on Valentine’s Day, Salah delivered an eternal kind of romance: you can remember just how the 25-year-old made you feel when he flicked the ball over Porto goalkeeper Jose Sa, before setting himself up with a cushioned header and coolly putting Liverpool 2-0 up in the Champions League Last 16 by simply watching the magnificent choreography again. And again.

As the heartbeats in the away end escalated, the hosts – blessed with explosive attackers of their own – could only shrug. How could they stop such a force? In this kind of form, with this kind of greed and guts in the opposition box?

If Salah wasn’t enough of a conundrum for Sergio Conceicao’s side to solve, there was also the menace and mastery of Sadio Mane and Roberto Firmino to contend with. The former fired in a hat-trick, with the Brazilian finishing Porto off in a 5-0 triumph - the largest margin of victory ever for an English team away from home in the knockout rounds of the tournament.

For all that has been said about the Senegal star not being at his apex, he has contributed 12 goals this season - one short of his haul in the previous campaign. He has more assists (eight) than he managed in 2016-17 (five). Mane remains devastating, instrumental and a differential even on occasions when he doesn't match his supreme standards.

"He was always important, he was always fantastic for us, even in his not-that-good moments," Jurgen Klopp highlighted.

"That’s a real quality if you are not 100 per cent and still scoring, maybe not that often but involved in goals then that’s really important. Then they will come if you keep on working really hard like he did then there can be a moment like this."

The cocktail of intelligence, effectiveness and effervescence of Liverpool’s No.9, meanwhile, cannot sufficiently be applauded.

Firmino declared his team-mates wanted to "make life difficult" for Porto and "make them suffer" in the pre-match media briefing on Tuesday, and as ever, he was core to the implementation of that objective. 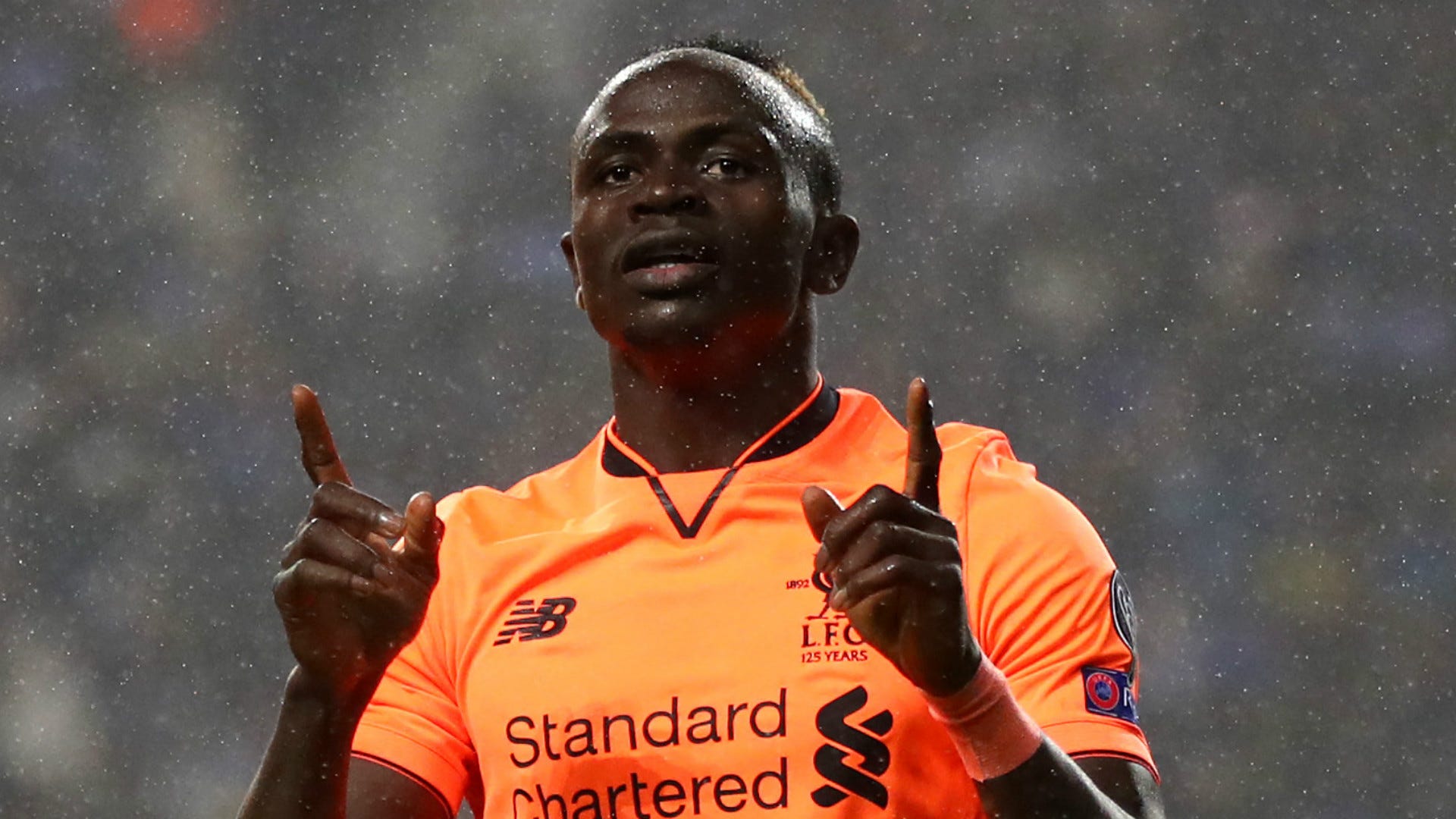 Klopp has refused to think beyond this round on the continent, but with his front three and the tie effectively dusted, he’d be forgiven for sketching much greater designs.

In a city famed for architecture, the Merseysiders ruthlessly unveiled their plans to provide a knockout punch in Europe.

Their tally of 28 goals in the Champions League so far this season has not been bettered by any other team and it’s easy to see the benchmark being further elevated given the aggressive brilliance of their in-sync trio.

Liverpool's cannonry have now struck 19 times between them, making them the most prolific forward line in the competition.

They do not just roll over the opposition, they roll up their sleeves too. It wasn't just about the five goals against Porto - Firmino, Salah and Mane managed a combined nine tackles, three clearances, an interception and 12 possession gains.

Beyond Liverpool's phenomenal power up front, they displayed expert game management as a collective. From goalkeeper Loris Karius all the way through, the Reds were disciplined, authoritative and determined.

"We defended really well and that was most important," Klopp said. "Porto are top of the league here and you are not top of the league if you don’t play football, so it was clear they have clear movements, patterns, they know what to do in each moment. 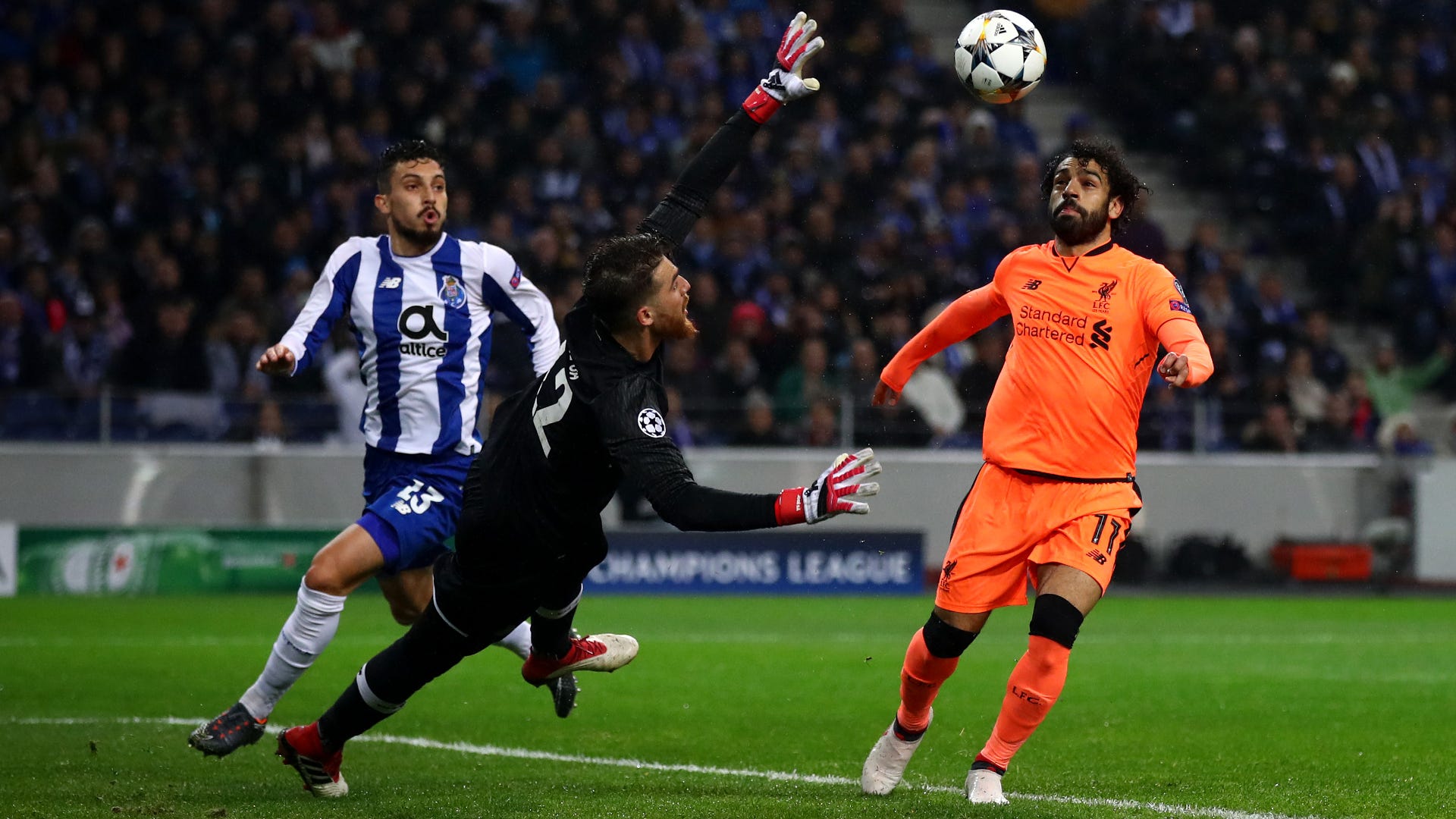 "Good crosses, often an offensively-orientated team, so yes, defending was really important. Both centre-halves were really spot on, both full-backs were spot on.

"Robbo [Andy Robertson] tonight, wow, what a performance. Sometimes you forget Trent Alexander-Arnold's age, so it was really, really good.

"All the midfielders worked fantastic and then it’s most important that the three boys up front help us and they did tonight in an outstanding manner and I am very happy about that."

Liverpool have a fearsome attacking unit, and if it wasn't underlined clearly enough prior to the encounter, it is now explicit that they possess the fear-factor too.