Want to play like the Premier League's best side? Here's how you can tweak your formation and tactics to conquer FIFA 20

Liverpool under Jurgen Klopp look destined to win the Premier League and end their 30-year wait for a top-flight title.

The Merseyside outfit's style of play - which implements Klopp's famous Gegenpressing philosophy - is very easy on the eye and many FIFA 20 players are keen to replicate it in the game.

Changing formation and playing around with Custom Tactics in FIFA 20 will help you play like Liverpool.

So, if you're looking to play some 'Heavy Metal Football' on your PlayStation or Xbox, here's how...

Roberto Firmino is not a traditional striker, preferring to bring team-mates into play and assist goals as well as score them himself. As a result, using the false nine formation of 4-3-3 (5) could be an alternative option in FIFA 20, depending on what kind of a striker or centre-forward you have in your squad.

The 4-3-3 (2) formation will also work with a false nine as you can change the individual tactics for the striker to make him play in more of a Firmino role than the default settings in FIFA 20.

Signing Virgil van Dijk helped turn Liverpool into European champions, making Liverpool's high defensive line and press much more effective. Similarly, the signing of Alisson cut out sloppy goalkeeping errors and greatly helped with playing out from the back. 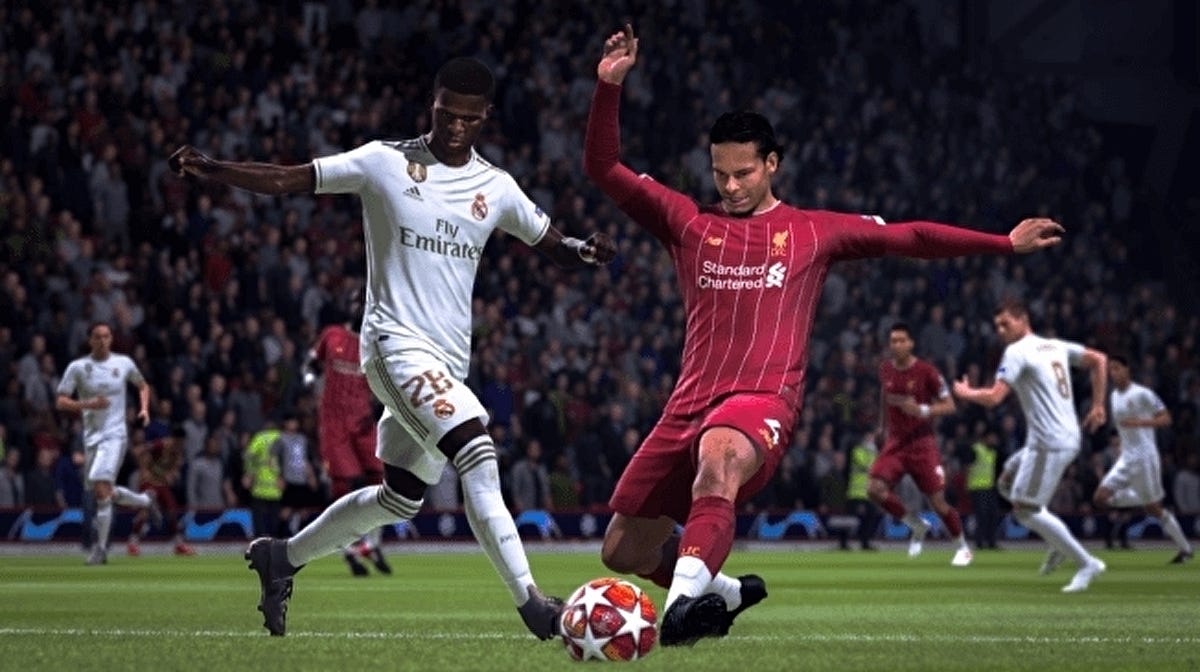 To play like Liverpool in FIFA 20, you will need inverted wingers who cut inside onto their stronger foot to either shoot or set up opportunities. Mohamed Salah and Sadio Mane both have four-star weak foot ratings in FIFA 20 as each player can use both feet to punish defenders.

Liverpool's high-pressing game means that midfielders will need good stamina ratings to keep them active throughout the game, as well as high scores for interceptions, defensive awareness and both standing tackle and short passing.

Custom Tactics in FIFA 20 allow you to set up your team to play like Klopp's Liverpool by adjusting overall team settings as well as individual player instructions.

Klopp's 'Gegenpressing' tactics were famed from his time at Mainz and Borussia Dortmund before he brought them to Anfield. To recreate these in FIFA 20, you need to set your Defensive Style to Press on Possession Loss. This will make all your players press the opposition for seven seconds before reverting to their default positions if they do not win the ball back. 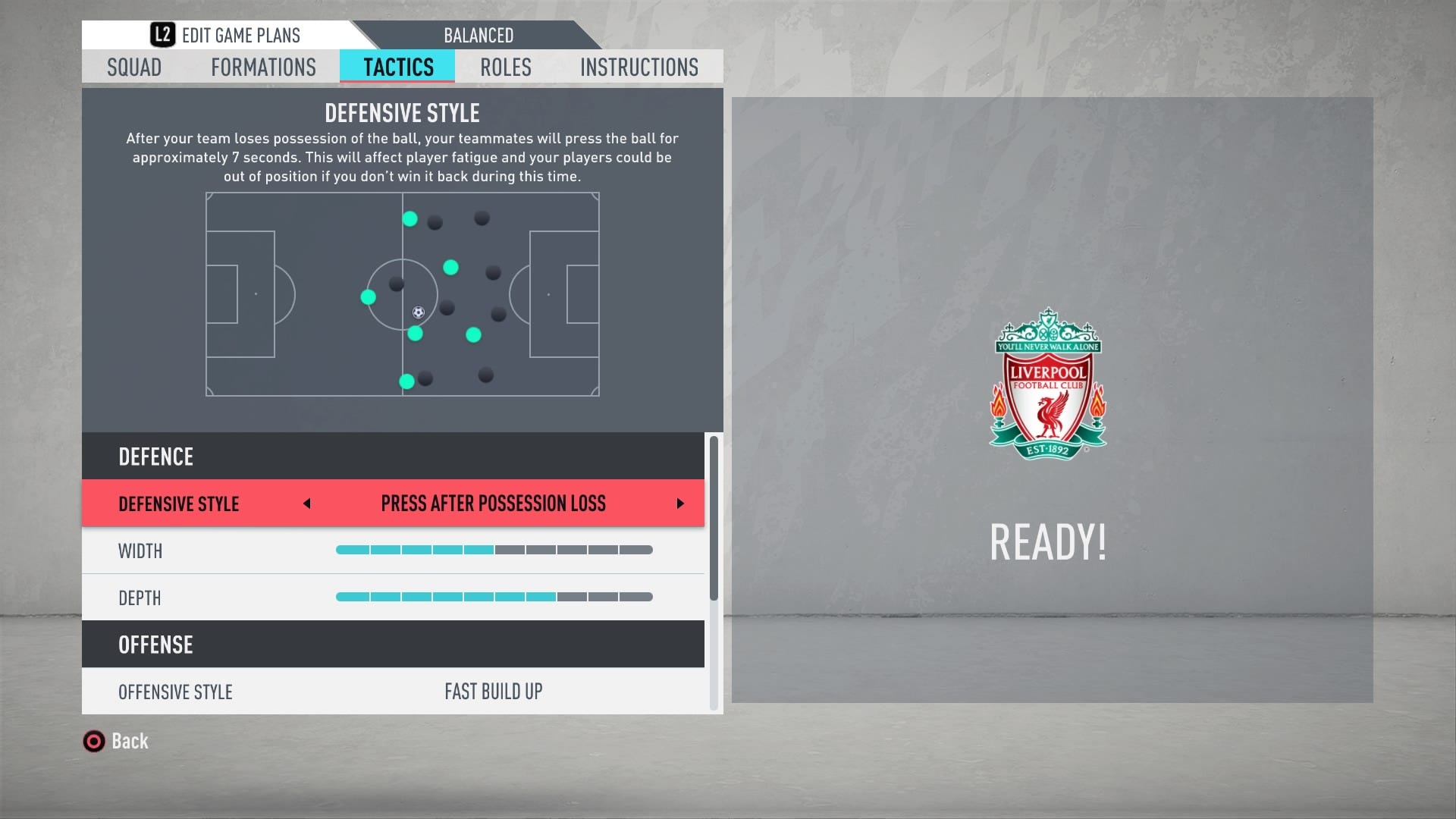 Liverpool's Defensive Width is a normal score between four and seven, but they play a high line meaning you need to set Defensive Depth to High (around seven) to make sure you don't leave yourself too exposed to counter attacks.

Klopp's teams usually dominate possession but are not specifically set up to play that way. Set the Offensive Style to Fast Build Up in order to play the ball quickly forward and punish opponents with speedy, creative wingers and talented ball-playing midfielders.

As wingers are so important to scoring and creating, set the team's Offensive Width to just above Normal (around seven) as well to exploit the flanks.

During the game, you can use the D-Pad to turn on the setting for Attacking Full Backs, which will see your team attempt to create the overload out wide like Klopp does with Andrew Robertson and Trent Alexander-Arnold.

To get your striker to work like Firmino, you can set his individual player instruction for Attacking Runs to False 9 and the Support Runs for both wingers to Get In Behind.

This will allow you to use your central attacker to create chances for your widemen, who can run past defenders and cut inside to shoot.