The Red Devils talisman has found the target on 26 occasions this season, but he is looking to blast through the 30-goal barrier

Bruno Fernandes is setting the ambitious target of posting a new personal best on the goal front this season, with the Portuguese eager to lift his current haul of 26 up and beyond 32.

The 26-year-old once hit that mark for Sporting, back in the 2018-19 season, and believes he can go even better at Old Trafford.

He bagged another brace in a thrilling 6-2 victory over Roma in the first leg of a heavyweight Europa League semi-final clash and feels there are more goals and assists in him.

Asked by United's official website whether he expected to be so productive in the final third this season, the Red Devils talisman said: "I scored 32 at Sporting so I expect to pass that mark!

"My target every time is to do better and better and my target now, as everyone knows, is to win trophies.

"For myself [my target] is to improve every season. I think if I score 32 goals in one season, I can do better.

"I know it’s a big number but why not!? If you dream about and fight for it, you can do it.

"My best season with assists was 20, I don’t know how many I have this season, but I have to reach that level again."

How many assists has Fernandes provided? 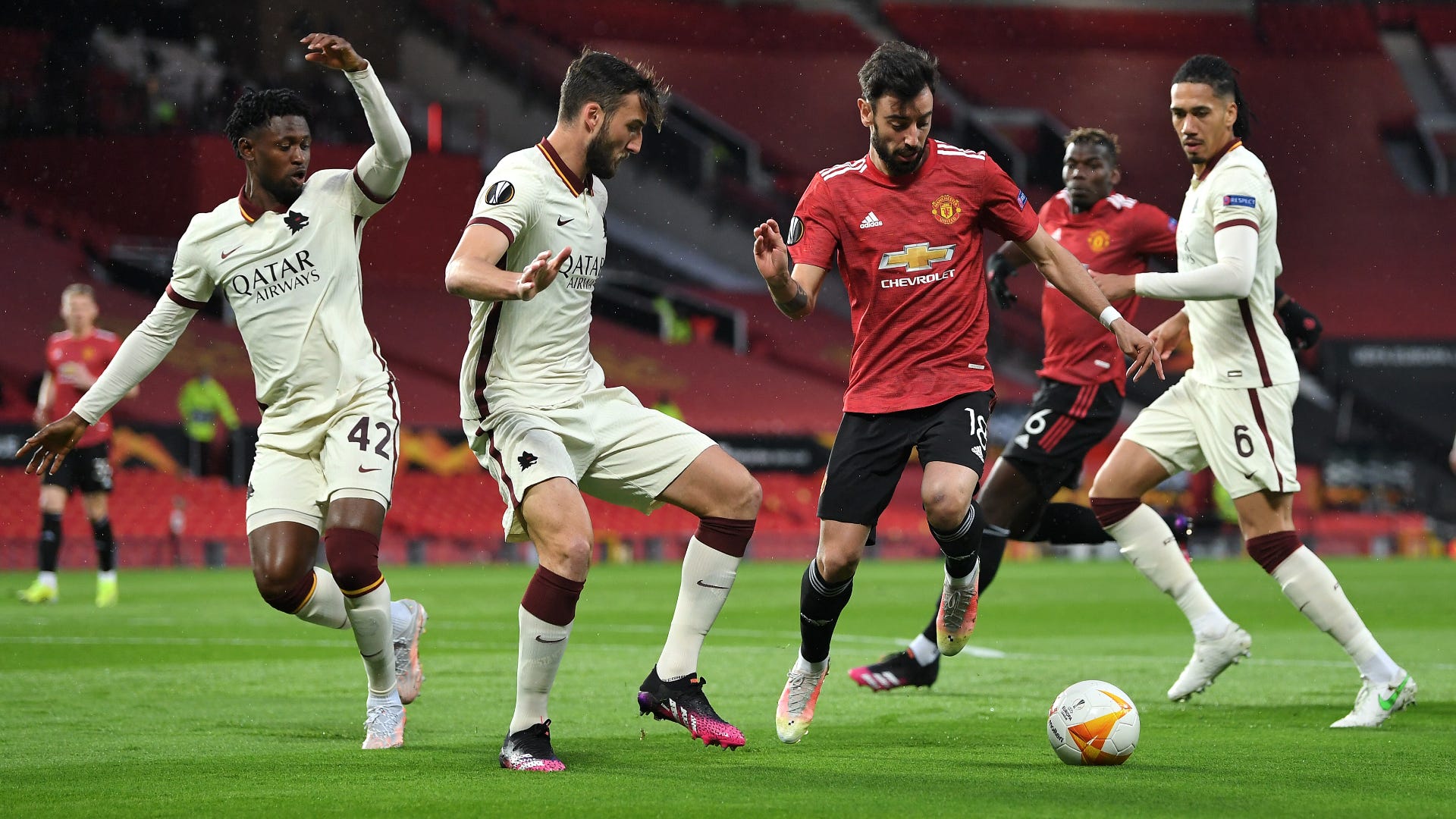 It is not just when finding the target himself that Fernandes has thrived this season, with the Portugal international also proving to be a useful source of goals for others.

He has been a top creative influence for United ever since he was snapped up by Ole Gunnar Solskjaer during the winter transfer window of 2020.

Fernandes teed up one of Edinson Cavani's efforts against Roma, as the Red Devils hit back from falling 2-1 behind to take a giant leap towards a major European final.

One of the most complete midfielders in world football has now provided 16 assists in the current campaign, to go alongside the 26 efforts he has managed himself.

United have one foot in the Europa League final and appear set to break their semi-final hoodoo.

Tangible success is the ultimate target, as a top-four finish in the Premier League is also chased down, and momentum must be maintained from this point.

The big games keep on coming for Solskjaer's side at the business end of the season, with their next outing set to see arch-rivals Liverpool pay a visit to Old Trafford on Sunday.