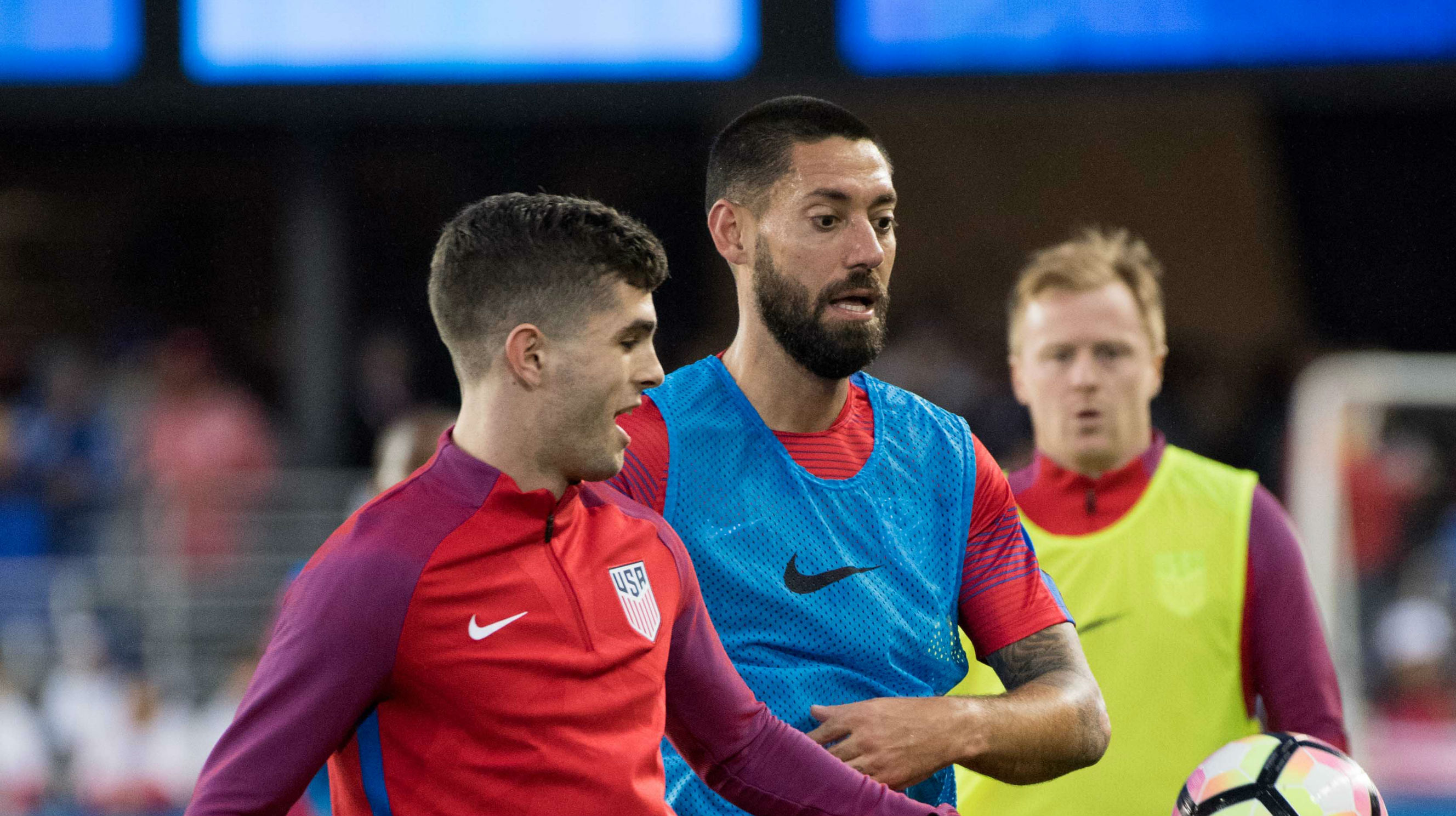 SAN JOSE, Calif. — For 60 minutes of last Saturday's CONCACAF Gold Cup semifinal, the U.S. national team struggled to create dangerous plays and test a resolute Costa Rican defense. An attack made up exclusively of players in their 20s struggled to break through, and the U.S. ultimately needed the 34-year-old Clint Dempsey to come off he bench and provide the magic his team had sorely been lacking.

Just a day earlier, long-time U.S. standout Landon Donovan lamented the very issue that arose once again in the semifinal: the lack of true USMNT game-changers. Christian Pulisic's emergence as the most dangerous player in the national team setup has helped give the U.S. a player who has shown an ability to make dangerous plays happen every time out. As far as Donovan is concerned, having one player like that isn't enough.

"It’s U.S. Soccer’s challenge," Donovan told Goal. "Argentina has six guys like that, and two of them don’t make their World Cup roster. We have one or two. That’s what needs to get better and it’s not necessarily a thing that one player just turns on. It’s, ‘Do we have that or not? Do we have those options or not?’ We have a few, but inconsistent. We need four or five consistently if we’re going to make it to the next level."

The Gold Cup was supposed to be a showcase event for younger players, with the hope being some players would emerge to give Bruce Arena some more options for the full first team. Kelyn Rowe and Dom Dwyer impressed during the group stage, but then were sent home before the knockout rounds as part of Arena's roster shakeup. Donovan's take on Rowe and Dwyer's Gold Cup performances might offer some insight into what led Arena to replace them with more experienced players.

"They’re very similar. They both can pull off a special play, which there’s high value in at this level, super high value in," Donovan said. "In a game where they don’t pull off a play, are they doing enough? That’s a question I don’t have answered yet. I would like to see more of them, more games with them. That’s the question that needs to be answered because when you get to the next level, when you get to [World Cup] qualifiers, and you get to the World Cup, you’re not going to pull off a play like that every game. The only guy I can think of (on this Gold Cup team) that can do that right now is Clint. That you would say, ‘He can pull off a special play in that game.’ I don’t look at anyone else and say that. Maybe Michael [Bradley], maybe Jozy [Altidore].

"If Kelyn Rowe’s on the field in a World Cup game, or Dom Dwyer, and they don’t score or pull off a play is there enough there?" Donovan asked. "Right now, no. But it doesn’t mean they can’t get there."

The U.S. national team has begun to rely heavily on Pulisic in the attack, with his performances in the March and June qualifiers showing him to be the kind of next-level game-changer American soccer has never seen before at the age of 18. The challenge, Donovan believes, is to have some players emerge to join Pulisic as consistent threats. Dempsey and Altidore have shown themselves to be capable of changing games, but they are also susceptible to quiet performances, whereas Pulisic has shown an ability to be a consistent threat.

"He’s pulling off plays in every game," Donovan said. "I was watching him the other day in China against Milan, and he pulls off plays. In a perfect world you have three or four of those guys on the field. Right now, when Clint’s in form, he’s one of those guys. If he’s not, then he’s not. If Jozy’s in form, he can be.

"Christian, you can say, is one of those guys. It’s a lot on his shoulders. We should be good enough where we have three or four of those players. Like I said, if Jozy and Clint are on form, and Fabian [Johnson] is playing well, then those are guys who can pull off those plays, but right now you would say Christian’s the only one you consistently would feel confident in that way.

"I just think it’s impressive that this early in his career he’s able to consistently not just play well, but pull off special plays. That says a lot about him."

Donovan's belief that there aren't enough game-changers in the national team setup isn't one he's alone in sharing, and isn't limited to former players.

"We're not a nation that's blessed with difference-makers," U.S. goalkeeper Tim Howard told Goal. "There's always someone coming through. It just doesn't happen here. In Brazil it happens, in Spain it happens, but that's not how it is here. We have some difference-makers in Jozy and Clint, they've been that for us for a long time. Christian has burst onto the scene and he's done well in terms of handling that pressure and role for us."

Howard has seen some midfielders show promise over the past year, such as Sebastian Lletget, Darlington Nagbe and Kellyn Acosta, but he believes it is time for the younger generation to start staking claims to more prominent positions on the full U.S. team.

"Collectively, when we all get together it's important that these guys take on bigger roles, and tournaments like [the Gold Cup] help," Howard said. "It certainly helps our guys here who are in the mix, and we lean on guys like Kellyn and Darlington. It's important to have people step up and special moments in games because, ultimately, if we want to get to a World Cup and if we want to get beyond the later stages of the World Cup, we're going to need to have guys who can do it. Not just one guy."

Concerns about a lack of game-changers aside, Donovan likes the talent that the U.S. team can put on the field when at full strength, and believes the USMNT can do well at the 2018 World Cup should the team qualify. The big question he still has is about the depth of the team, and this Gold Cup hasn't sold him on the bench being a strength just yet.

"I like the current 11 when I think about it," Donovan said. "Probably [Jorge] Villafana, [Geoff] Cameron, [John] Brooks, Tim [Howard], [DeAndre] Yedlin. And then you can go through and say is it Michael [Bradley] and Christian, Darlington, Jozy, Clint and Fabian. That 11 is good. I think what we’re trying to figure out is there real depth that can be added and help in a real way. Who are 12, 13, 14, 15, 16? Who are those guys. That, I’m not sure of yet.

"Honestly, watching this Gold Cup hasn’t given me a ton of confidence in that way," Donovan added. "You want to see a couple, like three or four, step up. Omar [Gonzalez] is for sure that next guy up at center back. Who’s the next guy up top? Is it Jordan [Morris]? Is it Juan [Agudelo]? Is it Dom? Is Kelyn Rowe really the next guy in midfield? Is it Gyasi [Zardes]? I don’t know because nobody has staked that claim."