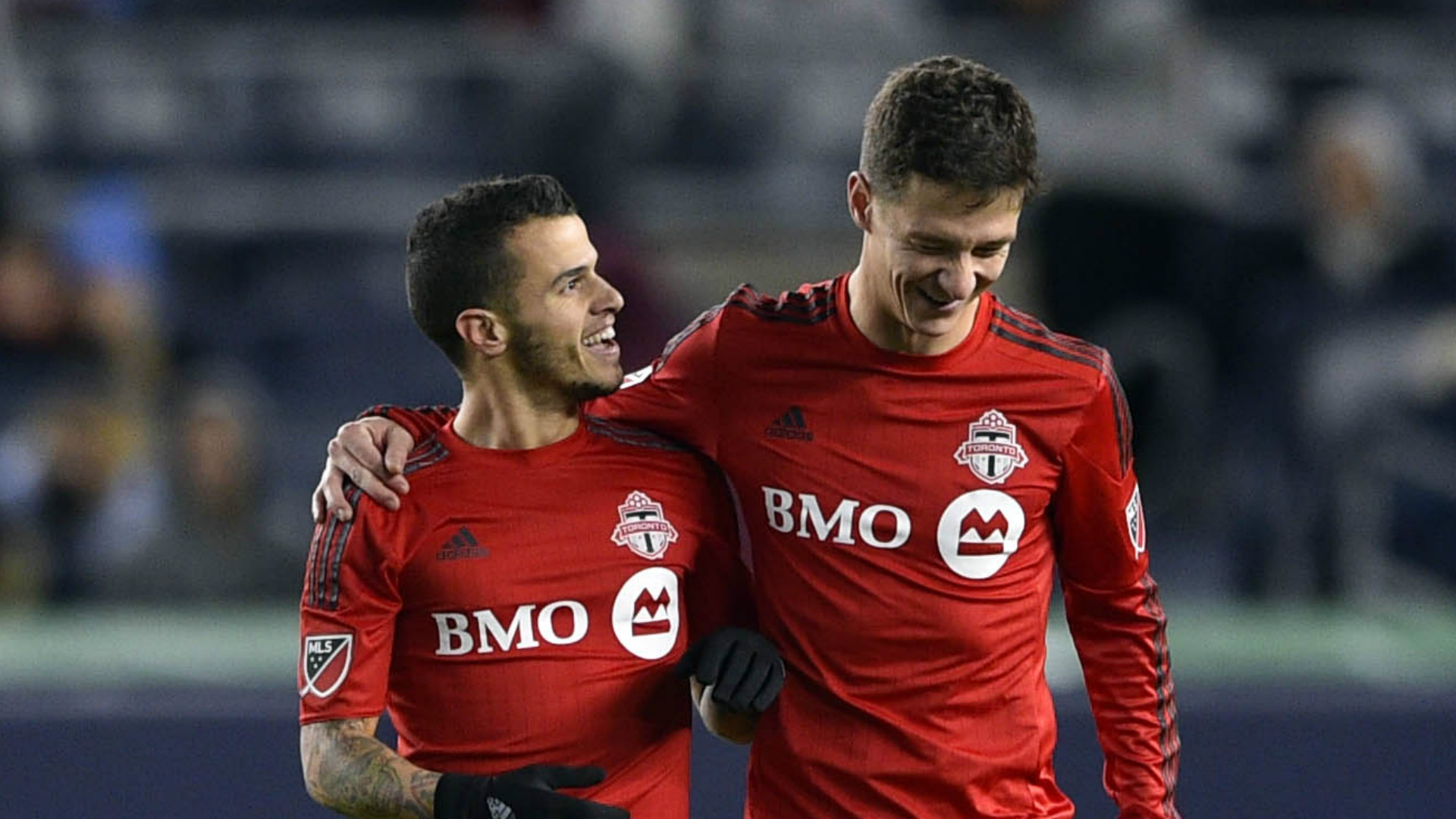 In championship-starved Toronto, the city's top-tier soccer team is trying to keep its eye on the prize.

TORONTO — MLS Cup fever has struck Toronto, and it's hard not to notice.

From city buses sporting "Come on you Reds" signs in their front windows to #MLSCUP signage adorning the square adjacent to Toronto City Hall, indications that Canada's biggest metropolis is playing host to the biggest game of the Major League Soccer calendar are abundant.

It's even more obvious at Toronto FC's training facility on the northern outskirts of the city, where daily media gatherings have swelled from a handful of reporters to the three dozen or so scribes on hand for the team's training session Wednesday.

INSIDE OPTA: Morris poses problems for TFC in MLS Cup

TFC hosting, and playing in, the championship game is big news in Southern Ontario, and with that comes a lot of demands on players who are preparing for one of the biggest games of their careers.

Professional athletes are creatures of habit, and the growing media attention surrounding TFC's playoff run is definitely not the norm. But those within the club say any talk of the players becoming distracted by the hoopla leading up to Saturday's contest against the Seattle Sounders is unfounded.

"I think you embrace it, it's fun!" A jovial Will Johnson said Wednesday. "The more people that show up, the better, right? This is what we do. We want to play the best soccer we can play to entertain and to get results and get 36,000 people on their feet like we did last week. That's what we want to do."

Johnson sees no problems with media scrums "three times the size" of what they were just a few weeks ago, even if the increased attention means more pressure on the players to perform. In fact, he says it's exactly what he and his teammates want.

"We've earned the right for people to come and for us to be able to showcase what we're all about here at Toronto FC to North America and the world," the 29-year-old midfielder said. "All of us want to get to the game as quickly as possible but this week is special for a reason."

Johnson: "I hope Canadian kids can watch this and get inspired." #TFCLive pic.twitter.com/H7WHUHynkA

A veteran of two previous MLS Cup-winning sides, Johnson advises his less-experienced teammates to "try to take it in and slow it down" when it comes to all the events going on in the lead-up to Saturday night, with an eye always on the true reason for all of the attention, of course.

"You've earned the right to be a part of this week so go soak it up, enjoy it, but stay focused on the game and not all the other stuff around the game — and then afterwards reflect and hopefully have no regrets, leave everything you've got on the field."

Greg Vanney will be experiencing his first MLS Cup as a coach, and the Toronto bench boss (and veteran of three title games as a player) thinks Saturday's match could go down as a historic night.

"It's exponentially bigger," Vanney said of the 2016 edition of MLS Cup versus the ones he participated in as a player. "I also think just in general this will be the biggest MLS Cup yet. Obviously two countries are represented with teams and two of the major market teams [are also represented], in terms of fan support and media support and all those kinds of things.

"So I think this will be, in terms of coverage and attention, I think it will probably be the biggest MLS Cup that we've seen so far."

Vanney doesn't think the scope of this week's attention will negatively impact his team, however. To help keep the focus on the big prize, Vanney and his staff have tried to keep the players' routines as normal as possible.

"In terms of preparations, we go through what we do every single week," Vanney said. "We haven't done anything differently. Obviously their attention's pulled a little bit here and there between the various things that they have to do to appease everybody, from photos to the media and all that kind of stuff, which isn't good. But we're trying to get as much of that done in the early part of the week as we can so that come Thursday [and] Friday we can really lock in on what it is that we need to do."

Vanney added: "We've got a pretty veteran group by and large, so they've been around big events and big situations and know how to deal with it."