Tottenham midfielder Dele Alli will be joined by Juventus striker Paulo Dybala and Liverpool's Trent Alexander-Arnold this coming weekend in a fundraising FIFA 20 tournament organised by Gamers Without Borders.

The players will go head-to-head in the virtual world as part of a competition that is seeking to raise $10 million (£8m) to aid in the ongoing battle against the coronavirus pandemic that has claimed the lives of over 370,000 people worldwide.

Billed as the largest esports charity event of all time, Alli will face off against Dybala, Alexander-Arnold is set to take on former One Direction star Liam Payne, while Portugal pair Joao Felix and Andre Silva will pit their wits against each other in EA Sports' popular franchise.

The exhibition clashes will be part of the closing weekend for Gamers Without Borders, which will see some of FIFA 20's most elite professional gamers slug it out for a prize of $1.5m (£1.1m) – all of which will go to Covid-19 charities.

Alli, who recently featured in a similar tournament playing Fortnite, said: “Lots of my team-mates and footballing friends are massively into their gaming. Playing the likes of FIFA over the last few months has kept us connected and competitive for when we get back out there for real.

“Gamers Without Borders is a brilliant way for the gamers all over the world to come together for good causes and support these charities fighting Covid-19. I’m looking forward to seeing what Paulo has in the locker for our match!” 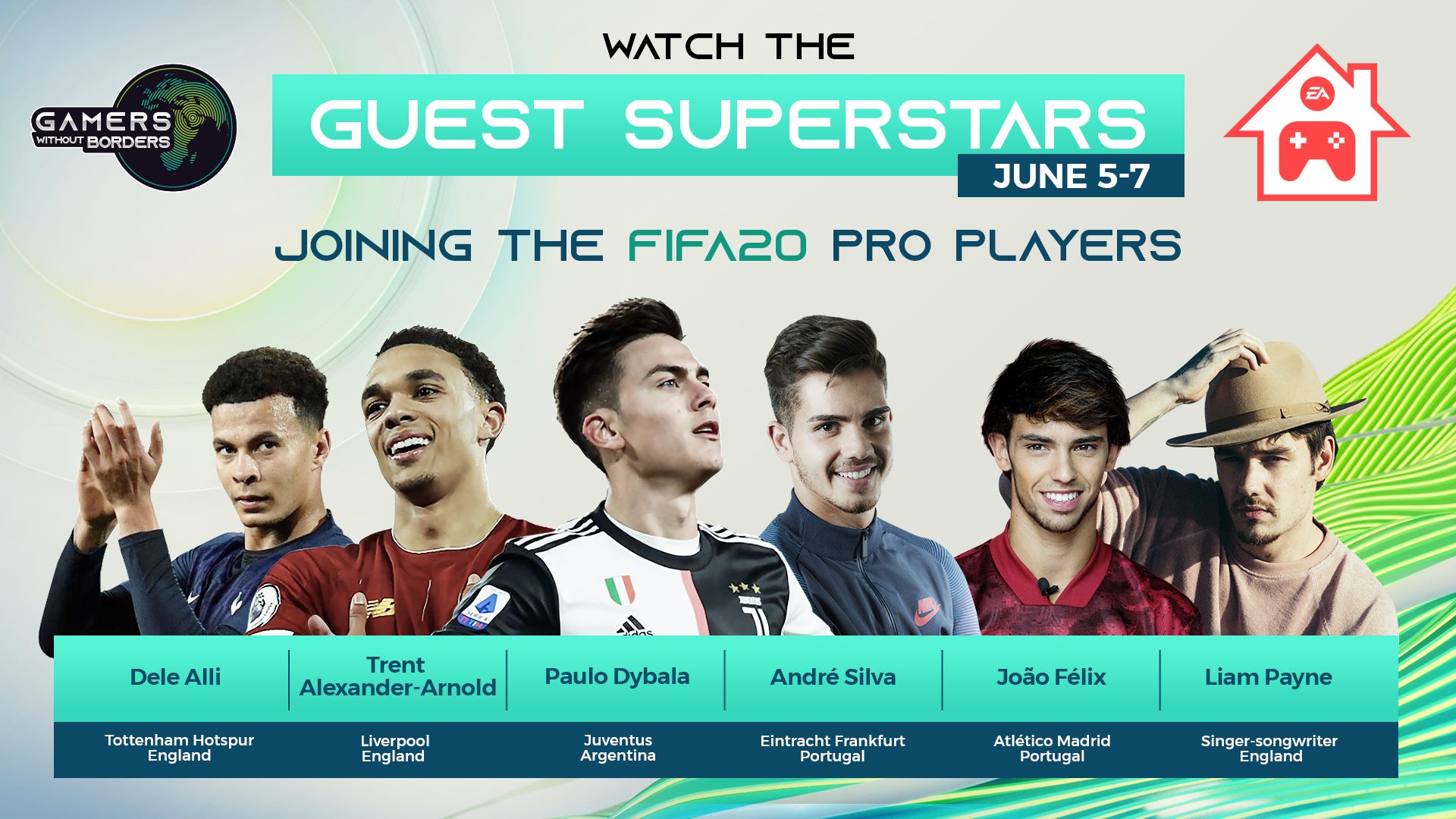 Former '1D' man Payne, now a solo artist, added: “Gaming has brought people together and provided a bit fun for many over the last few months.

“I’m a massive fan and love FIFA so I’m looking forward to a chance to join some amazing footballers in supporting these charities fighting Covid-19 with Gamers Without Borders.

“Trent’s obviously flying at the moment for Liverpool and England but let’s see how he fares in the virtual world!”

Having run for the last six weeks, Gamers Without Borders has broken new ground for esports after uniting 120,000 gamers from 72 countries online in tournaments and series on the most popular titles in gaming, making it the biggest charity esports event of all time.

Fans across the globe can watch all the weekend’s action in multiple languages via Twitch, YouTube and Facebook and Huya, with full broadcast information available at watch.gamerswithoutborders.com/