After failing to score a goal at the previous two Gold Cups, new coach Octavio Zambrano has faith the Reds are set for a far better tournament

The Canada men's national team coach has been on the job for just more than 100 days and has been excited by what he's seen. But, as he prepares his team for Friday's Gold Cup opener against French Guiana, he knows that nearly any step forward would be progress. Not only have the Reds failed to make the knockout stage of the tournament for the past three editions, they didn't even manage to score in the previous two.

"We definitely want to get rid of the idea of, ‘It’s OK if we lose because we are building.’ That doesn't compute. That doesn't count," Zambrano told Goal after announcing his squad in late June. "Yes, we can build, but winning is part of building. That is the message, and I think in the past we have had in Canada a very, I would say a very lax approach to these kind of competitions and we haven’t really put all the resources that we should have into these types of competitions. We’ve been preoccupied by other things."

The Ecuadorian coach, who worked in MLS at the turn of the century, is working to get that focus toward the senior team back as Canada enters a time of flux but also one of excitement for supporters. The country's three MLS teams have dedicated significant resources to their academy programs and Canada is set to launch its own pro league as soon as 2018.

"I have been able to see a good amount of resources spent by the three Canadian teams into their academies. The three academies are very well organized and the people that are running them are quality people, they are professionals," Zambrano said. "I see the result of those efforts coming to fruition in a three, four-year span. Right now it’s too early to expect that, but if I can look at the U-15 showcase that we had only a month ago, I can tell you that I saw players who are 100 percent going to be professionals whether in the MLS or the coming CPL, the Canadian Premier League which is going to be another development prospect to give us a little bit more to choose from once that’s up and running. So, the future is certainly bright for Canada. I believe so."

And while the country's development increases, Zambrano also has stepped up his recruitment of Canadians playing abroad who may be eligible thanks to Canada's open immigration policies, saying "That is a very, very important piece of this puzzle because Canadians abroad are numerous and there are a couple that are at an elite level." Zambrano said he met with several players face-to-face during his first days on the job who haven't yet committed but opening those lines of communication "will result in some of those elite players actually committing to the national team. It hasn’t happened yet, but we are on our way."

That's great news for the future, but while Canada fans have been among CONCACAF's most patient throughout the years, a Gold Cup win - or at least finding the back of the net - would be a welcome sight. Though Zambrano won't be able to lean on Cyle Larin, the star forward who recently returned to the field after a DUI arrest but will miss at least the group stage of the continental championship, the coach believes his team will be able to return to the knockout stages despite a difficult group that features Costa Rica and Honduras in addition to French Guiana. He will, however, have new Canadian citizen and 16-year-old phenom Alphonso Davies on the squad as well as Uruguay-based forward Lucas Cavallini, and will be boosted by veterans like Patrice Bernier and Junior Hoilett. 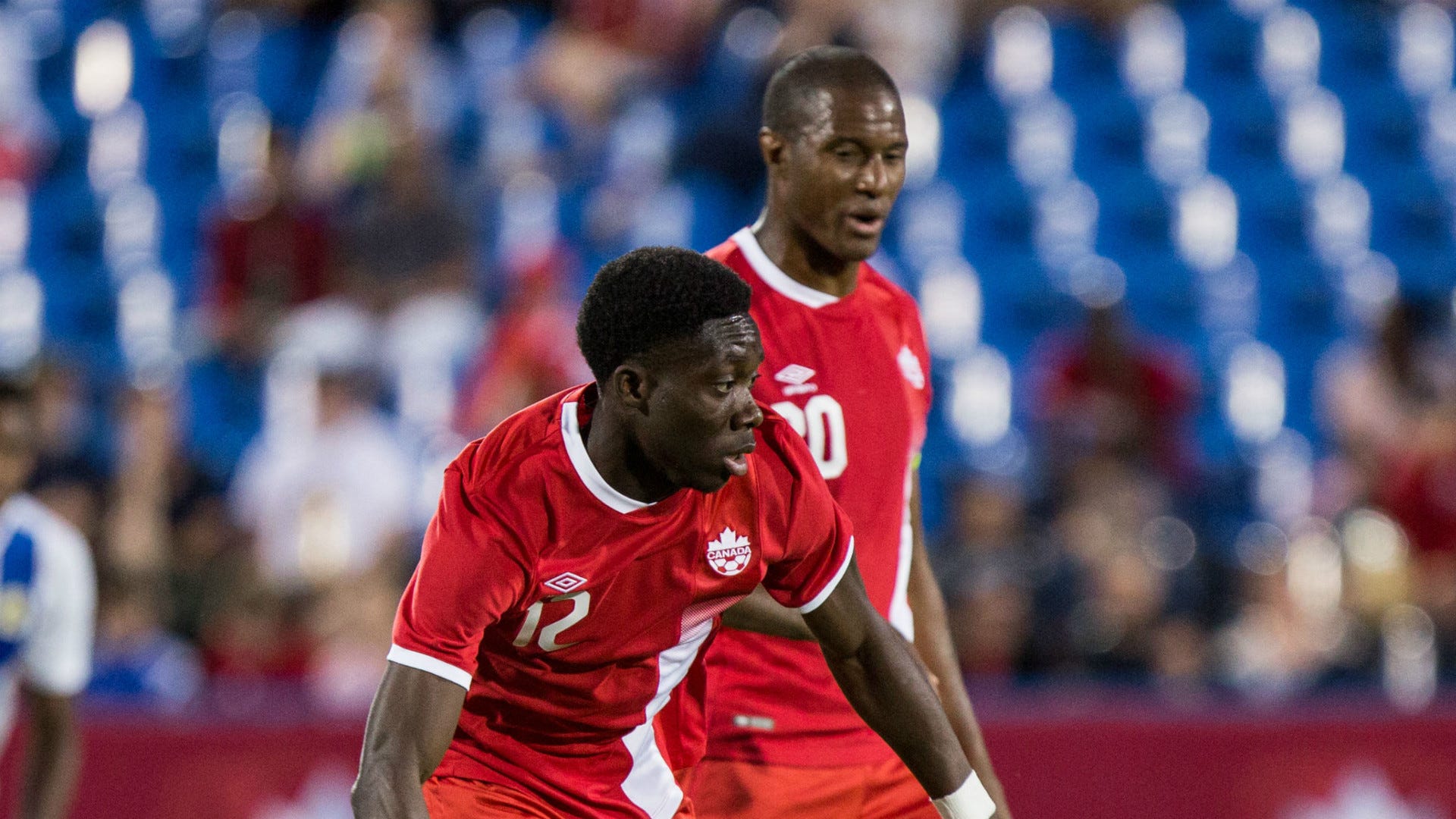 "We are looking at this Gold Cup as a combination of things," he said. "One, the experience for our young guys, that they believe themselves that they can play at this level and two, that we get out of the group stage at least and look to play some more meaningful matches as the tournament progresses.

"And obviously to show a different style of play, a different idea about how to play the game, not just being a team that relinquishes the protagonist to the opponent and is more worried about what the opponent is doing, how to react to it, rather than imposing our type of idea of football on the pitch. If we can manage to get a little bit of all those concepts while we play the Gold Cup I would say it would be a success."

Zambrano hasn't had much time for his attacking ideas to take hold. Canada beat Curacao 2-1 in a June friendly and played a pair of closed-door friendly games against Nicaragua to get ready for this tournament. For Zambrano, changing how players are thinking about the games they're preparing for is one of the biggest changes he needs to make.

"You have to believe first off that you can do that and that you are able and capable and can have the type of empowerment that comes from knowing that you have prepared and you are in equal footing with your opponent," the coach said. "We have Mexico, the United States, Costa Rica, we have Honduras and Panama is coming up and all these other countries coming up with good resources. But I think Canada belongs, I think it should under normal circumstances, I think it should belong to that group."

Canada's chance to prove that comes in this tournament, where the bar to clear for improvement is a low one, but the potential for future glory seems high.