Bruce Arena is calling in the cavalry for the Gold Cup knockout rounds, and you can't really blame him 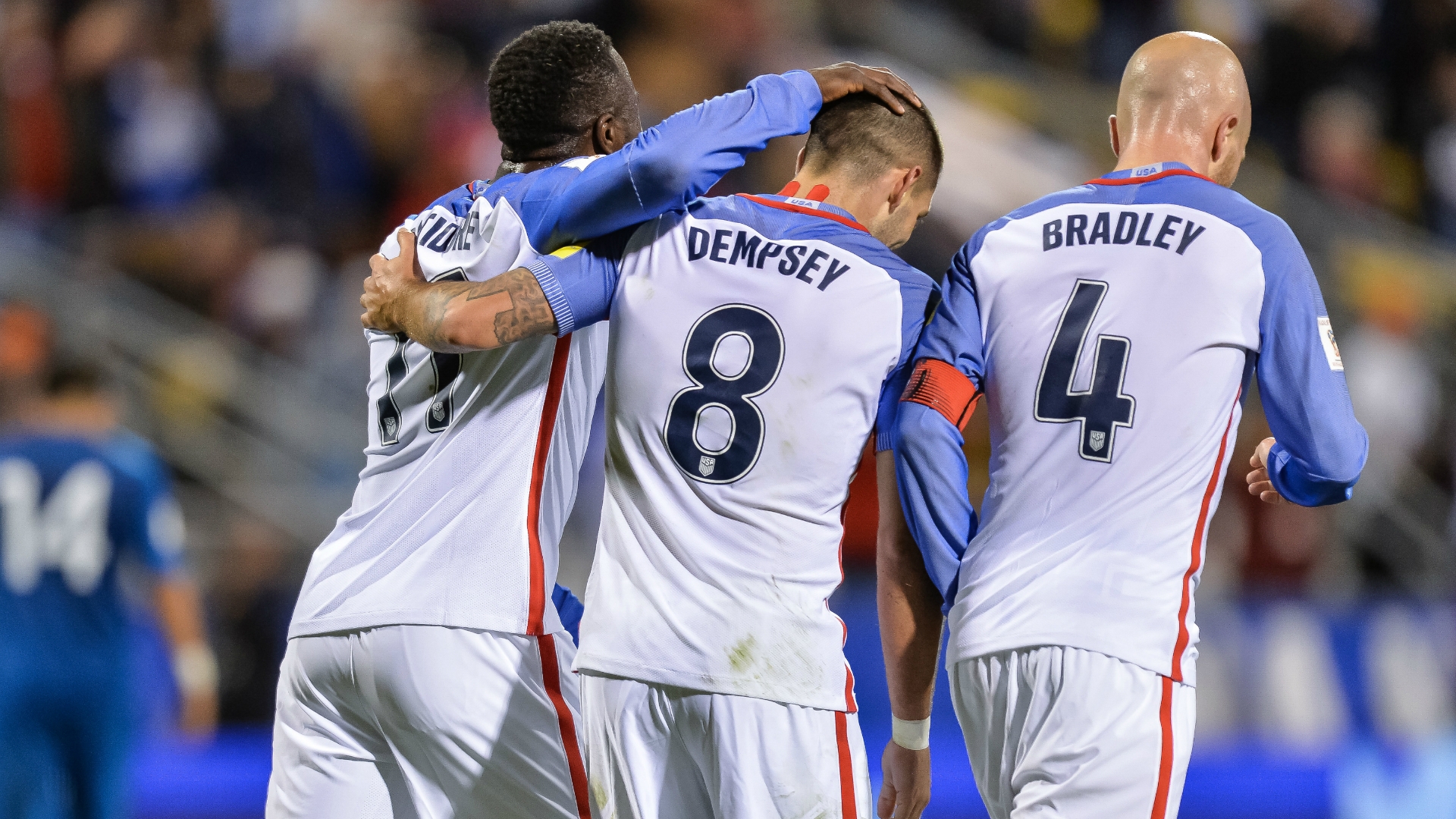 The U.S national team coach is calling in full reinforcements for the next round, leaving Saturday's match as a last audition for some

CLEVELAND — Maybe Bruce Arena made the decision after Wednesday's unconvincing win against Martinique. Or perhaps it was after the lackluster draw against Panama. More likely it was decided before the CONCACAF Gold Cup even began. Whatever led Arena to call in a full group of reinforcements for the Gold Cup knockout rounds, nobody will argue that this U.S. team doesn't need them.

That much has become clear after the U.S. national team's first two matches of the Gold Cup. A lackluster draw against Panama, followed by a thoroughly unconvincing 3-2 win against Martinique has the U.S. still in position to win Gold Cup Group B, but has done little to convince anyone the current squad is capable of helping the U.S. recapture the Gold Cup title.

Some might argue that we should wait until after the Nicaragua match on Saturday to make any assessments, but the reality is Nicaragua was always going to be the weakest opponent in the group stage, and even a resounding victory on Saturday won't erase the memories of the team's recent struggles.

Decisions have already been made on several players, and it will be telling when Arena announces which players are heading home after Saturday, and which will still be with the team when the quarterfinals kick off.

Sources have confirmed to Goal that Jozy Altidore, Michael Bradley, Tim Howard, Darlington Nagbe and Clint Dempsey have already joined up with the team and will formally join the roster for the knockout rounds, giving Arena the strongest possible quintet of replacements he could muster (Chiristian Pulisic is on the preliminary Gold Cup roster, but was never realistically going to be available for the tournament).

You won't blame Arena if he's happy to see his veterans after a pair of matches that could hardly be called pretty. The U.S. boss tried to paint a more positive picture of his team's recent showings, particularly the Martinique match, but his view of things was flattering to say the least.

"I thought the team played well in the last game, and we’re very close to having a very dominating performance," Arena said on Friday. "So I thought in game two of group play, that the team played well. Game one was not our best game, but give Panama credit as well, and the same to Martinique."

Saying the U.S. came close to having a very dominating performance against Martinique sounded about as Klinsmann-esque as you'll ever hear from Arena. It is true that the U.S. had more of the ball, but it isn't as if Martinique's goalkeeper made a plethora of top saves. The U.S. attack was wasteful and sloppy in the final third before Jordan Morris stepped it up later in the match and the defense was exposed on multiple occasions.

Perhaps Arena was just trying to soften the blow to the egos of his group stage squad, which will see up to six members sent home, including some surprising veteran departures.

Which brings us back to the topic of knockout-round replacements. There was some belief that if the U.S. had really come together well as a team in the group stage that maybe Arena would be able to leave his big guns home and let this inexperienced group go as far as it could on its own. That was probably always an overly ambitious scenario, and one that didn't make much sense for a team with so many good replacement options.

If anything, the first two U.S. Gold Cup matches served as a reminder of just how much the U.S. needs its top options. Bradley's leadership has been sorely missed, as has the creativity of someone like Darlington Nagbe, the killer instinct of Dempsey and the steady reliability of Howard in goal.

If you're asking whether this all means the Nicaragua match is meaningless, it doesn't. Several players who should factor in as knockout round starters, such as Graham Zusi and Jorge Villafana, should earn starts. Others, like Dom Dwyer and Kelyn Rowe who were bright spots in the group stage should also get one more chance to shine.

The Nicaragua match will serve as a valuable audition for some, like Dax McCarty and Joe Corona, who haven't made the most of their chances this tournament, and Arena delivered a not-so-subtle hint about what he wants to see in Saturday's group finale.

"When we have a lot of possession of the ball, we need to keep our concentration," he continued. "At times we got caught on the break a little bit. We’re a little bit sloppy on a couple of occasions, and it cost us. So we need better concentration and a better collective effort from our team."

A convincing victory against Nicaragua would help give the U.S. some momentum heading into the knockout rounds, while also helping some restore their confidence and others reinforce the positive showings they have already had.

This is important in a Gold Cup that is very much up for grabs. Mexico has looked shaky, and the Confederations Cup has left El Tri with few knockout round reinforcement options. Costa Rica won its group, but didn't exactly wow in its 1-0 win against Honduras or draw with Canada despite the Ticos having closer to a first-choice squad than either the U.S. or Mexico.

A big win against Nicaragua would almost assuredly secure first place in Group B, and it might show Arena that, as much as he needs the reinforcements coming in, there still are some newer faces capable of handling important roles when the elimination games begin on Wednesday.