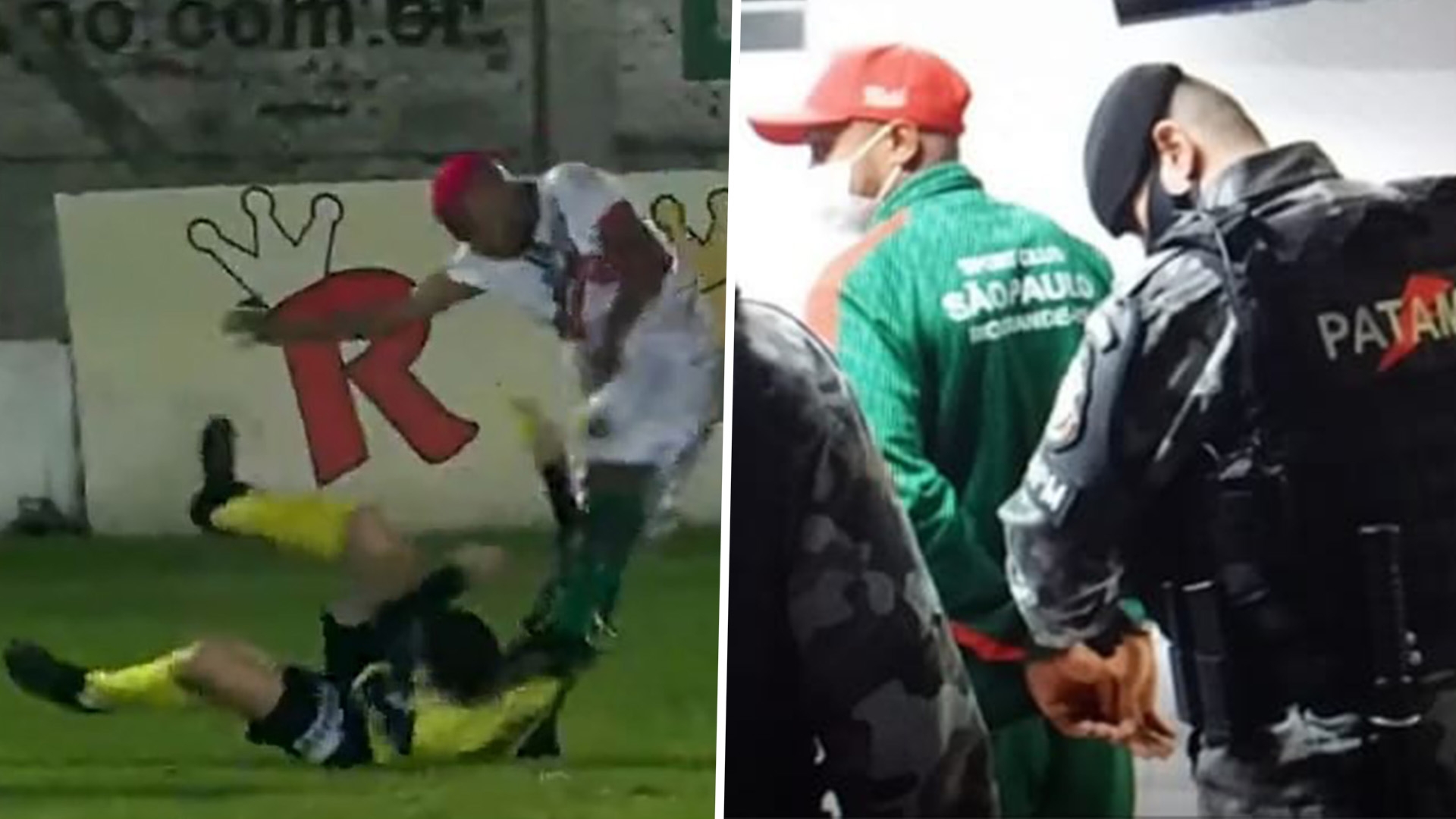 Shocking scenes in a Brazilian sixth tier match have resulted in Sao Paulo RS player William Ribeiro being arrested for kicking a referee in the head after he awarded a free kick against him.

A contest with Guarani on Monday descended into chaos in the early stages of the second half when a defenceless match official was callously attacked on the field of play.

The game in question was subsequently abandoned as police forces and medical professionals dealt with those at the centre of a sickening incident.

Ribeiro was left incensed when a decision went against him in a fixture that saw Sao Paulo RS trailing 1-0 at the time.

With tempers boiling over, an unprovoked attack was launched on referee Rodrigo Crivellaro, leaving him unconscious.

Players from both sides were quick to call for medical assistance, while Ribeiro was ushered away and eventually into the arms of local enforcement agents.

Sao Paulo RS have terminated Ribeiro’s contract and sought to offer their apologies and best wishes to Crivellaro, with club president Delvid Goulart Pereira saying in a strongly-worded statement: "Unfortunate, regrettable and above all revolting.

"On the exact day when all the red-green family gathered to celebrate the 113th anniversary of Sao Paulo RS, our club faced one of the saddest episodes of its history, a fateful scene that shocked all people who love not only Gaucho football but all those who just love the sport in general.

"Rest assured, we are sorry and deeply ashamed. We send all the apologies in the world to the injured referee and his family as well as apologising to the public in general for the lamentable scene seen today.

"The contract of the offending player is terminated. Furthermore, all possible legal measures in relation to the incident will be taken."

The Gaucho Football Federation has vowed to work with the Court of Sports Justice to “investigate the facts and deal with the respective sanctions”.

The fixture in question is due to be played to a finish on Tuesday.