When the Women’s Super League returned, plenty in England were quick to declare it the best league in the world.

After a summer transfer window that saw some of the best players in the world arrive on these shores, the hype was understandable.

But since the WSL returned, a flurry of one-sided results have put the claim of ‘the best league in the world’ under the microscope.

Reading were picked apart by Arsenal in a 6-1 win on the opening weekend before the Gunners gave West Ham a 9-1 beating one week later. The next day, Chelsea beat Bristol City 9-0.

If we’re talking about competitiveness, you cannot call the WSL the best league in the world.

In America's NWSL, anyone can beat anyone. That's certainly not the case in England, where Arsenal, Manchester City and Chelsea haven't lost to anyone else but one another since January 2019, when Chelsea were beaten 3-2 by Birmingham.

There have been calls for the Football Association to do something about the growing gap between England's elite sides and the rest of the league, but how can you punish clubs for investing in their women's team?

“It’s not always fair, but I’m hoping what happens at the top with broadcasting eventually will drip down and help build the rest.

“Might there have to be some teething pains to get to that level? Yes. Is there a gap? Yes. But I want to focus on all the great things women’s football and women’s sport does in this country and build on that and hope we take it even further this season.”

For all the negatives that have been pointed out over the last few weeks, though, there are signs that the WSL can become the best league in the world.

While the reason for some of those massive summer signings is that the NWSL isn’t taking place in its full form this year, the league still has a massive draw with its professionalism.

Furthermore, for a team like Tottenham, signing Alex Morgan is a huge sign that they are now taking their women’s team incredibly seriously.

As for on the pitch, yes, there is a gap between the very top and the very bottom – but it is being closed. 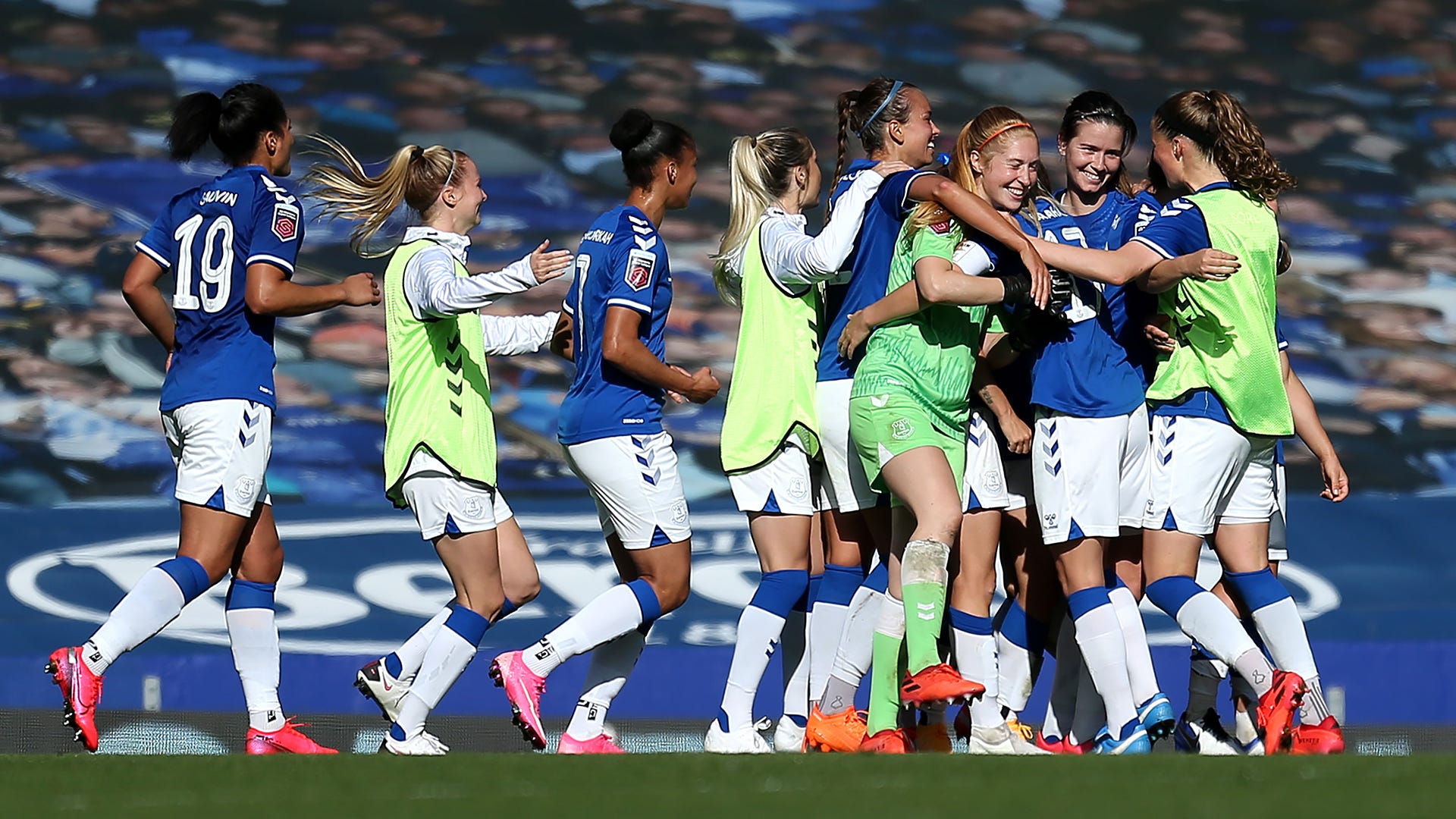 Chelsea were seen as the unbeatable Galacticos of the division, but they dropped points on the opening weekend to a Manchester United side that only had four outfield players fit enough for their bench.

The following week, a well-drilled Brighton side, who recruited shrewdly over the summer, held Manchester City to a goalless draw.

And, on Sunday, Everton caused the shock of the season so far, coming from a goal down to knock Chelsea out of the FA Cup. It was another sign that the likes of Chelsea, Arsenal and Man City will face their toughest test yet this year in maintaining their stronghold on the top three places, and all the silverware on offer in England.

You have to go back to 2014 for the last time a team outside of that big three won the league, and 2012 in the case of the FA Cup. Chelsea, Arsenal and City are also the only three teams to ever win the Continental Cup, which started in 2011.

However, Everton's win over Chelsea means the winner of the semi-final between Arsenal and Man City on Thursday night will play an unlikely finalist at Wembley in November’s FA Cup final, be it the Toffees or Birmingham.

The Merseyside club have backed Willie Kirk financially, but not to the level of the very elite. They are an example of how a team can close that gap with strong support, smart signings, a fantastic coach and some belief.

It’s something that Man United are also doing very well, and there are signs are that Tottenham are moving towards that too.

If more teams can follow suit, the WSL can really be the best league in the world – but it’s not something that will happen over one summer.