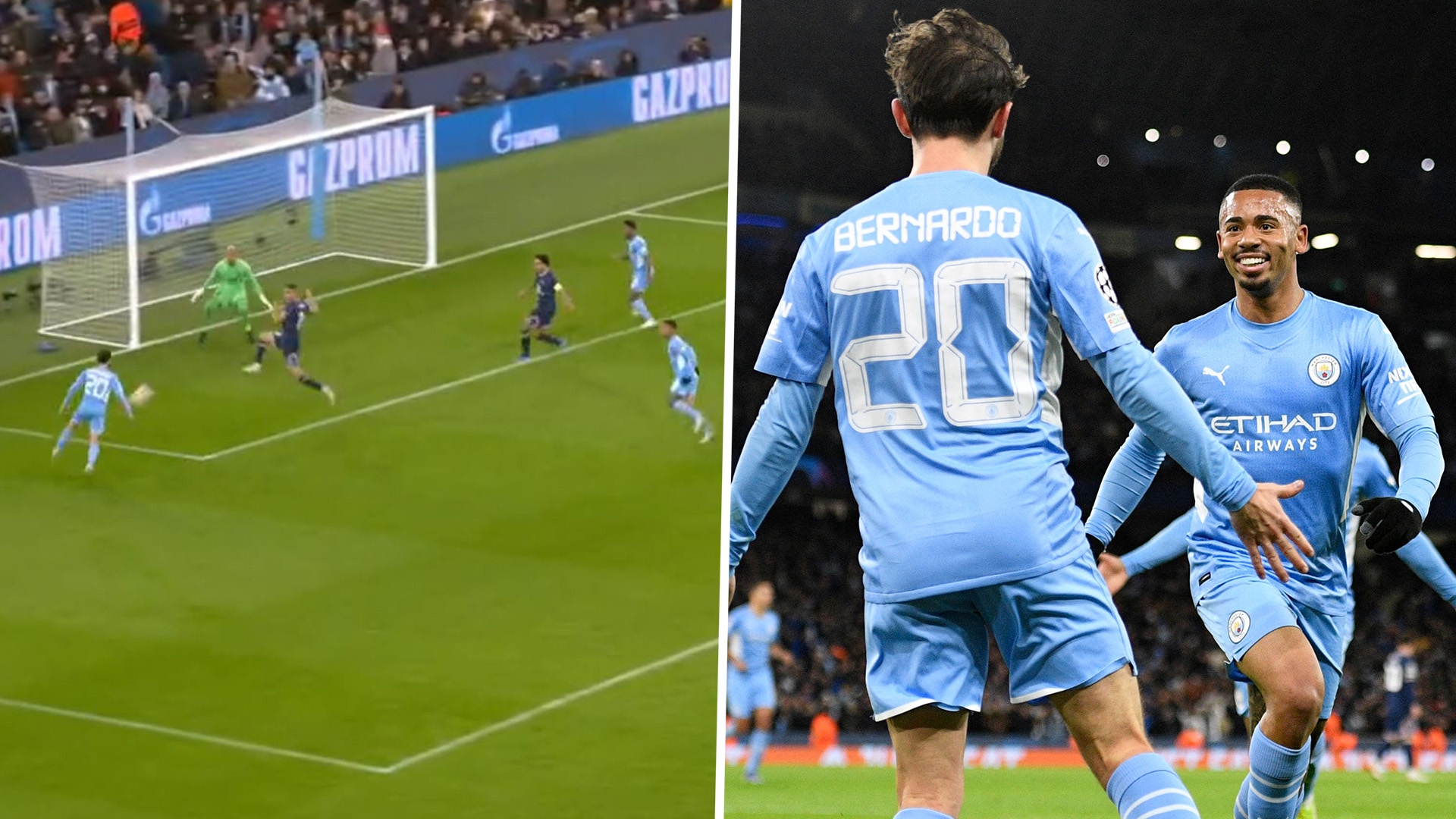 Gabriel Jesus and Pep Guardiola have heaped praise on Bernardo Silva after his wonderful assist teed up the Brazilian to score the winner in Manchester City’s 2-1 victory over PSG in the Champions League on Wednesday.

Bernardo’s deft, first-time cutback from Riyad Mahrez’s cross fell perfectly for Jesus, who beat Keylor Navas from close range to complete a fine comeback win for Guardiola’s side that ensured they qualified for the knockout stages as Group A winners with a game to spare.

Raheem Sterling’s stabbed finish had earlier brought City level at the Etihad Stadium after Kylian Mbappe had fired PSG in front at the start of the second half.

Watch Bernardo set up Jesus for winner (UK & US)

Man City have turned it around to take the lead against PSG!

THE CROSS FROM MAHREZ. THE TOUCH FROM BERNARDO. THE FINISH FROM JESUS.

Reflecting on his winning goal, Jesus told BT Sport: “That’s Bernardo. I know his quality so that’s why I waited and finished good.

“If I can score and come in and help my team, that’s what I want to do every time I go on the pitch. I just want to help, try to help and it was a great ball from Bernardo so I had to score.”

Guardiola added: "We attack good in the spaces and the quality from Bernardo... when you talk about the right technique it is that. The right tempo and doing it in the right moment to give your team-mate the best chance to score the goal."

Wednesday’s victory means City qualify for the knockout stages as group winners with a game to spare, meaning Guardiola could rest some key players for their final group game against RB Leipzig next month.

It is the fifth successive season City have qualified for the Champions League knockout stages as group winners, though they have yet to go on and lift the famous trophy.

Guardiola’s side have now reeled off four straight wins in all competitions to bounce back from successive defeats in the Carabao Cup to West Ham and Premier League against Crystal Palace as they again look to compete for trophies on multiple fronts.