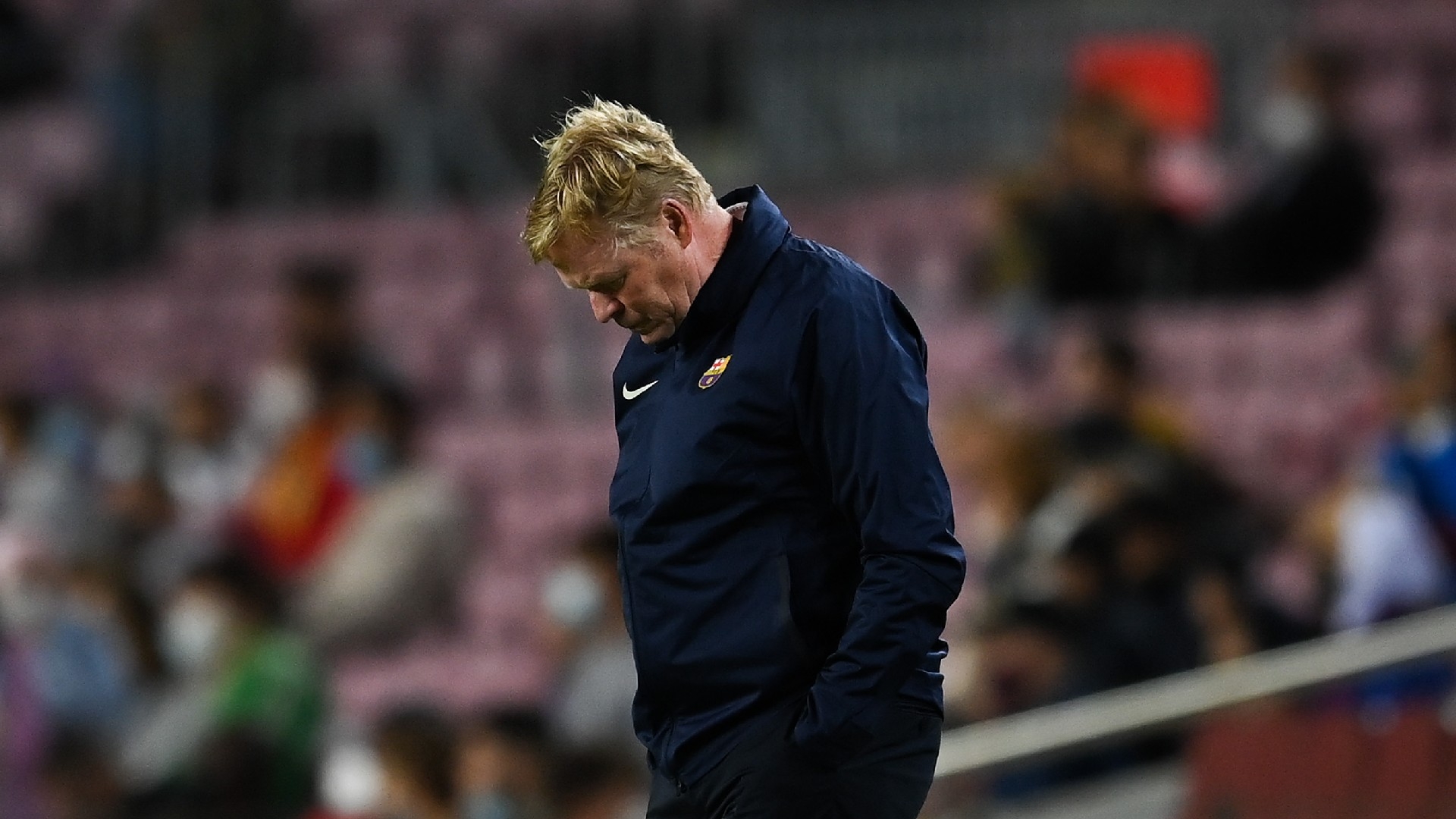 Barcelona have condemned the "violent and disdainful acts" directed at Ronald Koeman outside Camp Nou on Sunday after their 2-1 defeat to Real Madrid.

People surrounded Koeman's car as he tried to exit the grounds in a scene captured on social media.

The Blaugrana have said they would implement measures to ensure "such unfortunate events do not happen again".

After video of the violence outside Koeman's vehicle circulated widely on social media, Barcelona promised to improve security to deal with supporters who wait ouside the stadium to confront coaches and players.

Koeman did not have the chance to respond to the incident himself having already completed his post-match press conference.

FC Barcelona publicly condemns the violent and disdainful acts that our manager experienced when leaving the Camp Nou. The Club will take security and disciplinary measures so that such unfortunate events do not happen again.

Why have people turned against Koeman?

The out-of-control incident on Sunday afternoon marked a new escalation in the fight by some Barcelona fans to remove Koeman from his role as head coach.

Barcelona are mid-table in La Liga this year under Koeman's watch and have suffered a pair of 3-0 defeats in their Champions League group stage campaign.