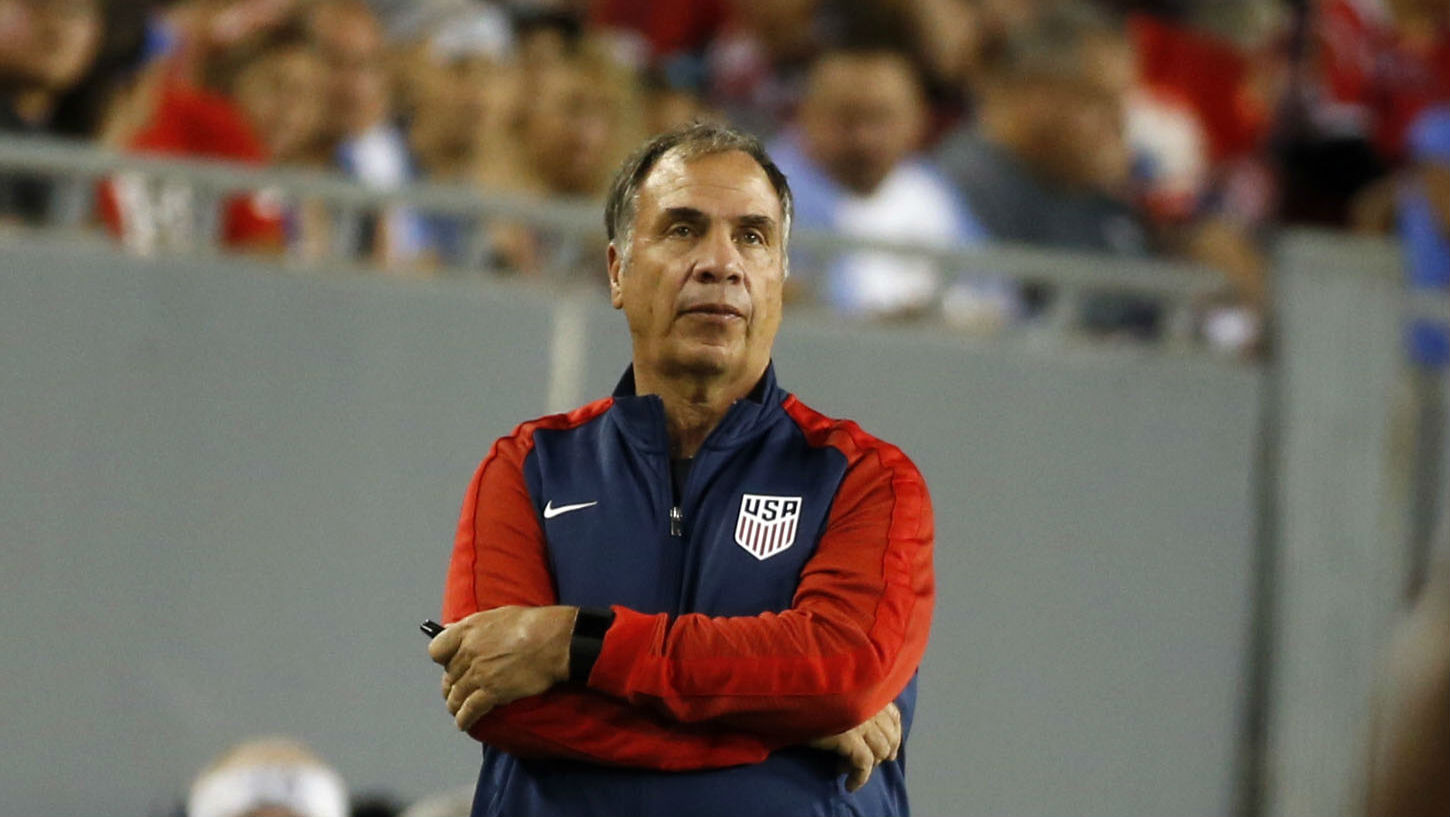 Don't expect to see any surprises in the U.S. squad Bruce Arena calls up for the October World Cup qualifiers.

NEW YORK — The U.S. national team heads into October's World Cup qualifiers in desperate need of points to ensure a place at the 2018 World Cup. Even though the U.S. failed to win either of its September qualifiers, don't expect many new faces when the roster for next month's games is announced.

U.S. coach Bruce Arena made that much clear on Tuesday, when he dismissed the notion that there may be some new players in the squad when the team reconvenes in Orlando ahead of upcoming qualifiers against Panama and Trinidad & Tobago.

"We don't have the luxury of doing that," Arena said when asked about the possibility of seeing new faces in the national team mix next week. "This is not experimental time. We pretty much have to go with who we have."

Arena's stance was in line with the same position he took heading into the September qualifiers, when he passed on the likes of Timmy Chandler and Danny Williams. This time around, there are in-form MLS players such as Lee Nguyen and Ike Opara, as well as young Schalke midfielder Weston McKennie, who has begun to see playing time in the Bundesliga.

That doesn't mean the team we'll see in October will be the same as September. One player who has played his way into the conversation is Vitesse center back Matt Miazga, who is coming off a standout performance in his team's win against Ajax this past weekend. Miazga took part in the recent CONCACAF Gold Cup, impressing in the one group-stage appearance he was given.

"We follow his progress. We watched his game against Ajax over the weekend," Arena said of Miazga. "All the players that have been in our camps this year we evaluate on a weekly basis."

Arena's admission that he's open to calling in players who have been part of the U.S. setup at some point this year is good news for the likes of Dom Dwyer, who is in line as a potential candidate to replace injured forward Jordan Morris.

Another player set for a national team return after missing September's qualifiers due to injury is DeAndre Yedlin, who is expected to step into the USMNT starting lineup at right back in place of Graham Zusi, who struggled badly in the U.S. draw against Honduras last month.

"It's good to get him back," Arena said of Yedlin. "He's a different kind of defender for us, so I think it'll be great if he stays healthy through the week and he arrives in Orlando."

Arena also sounded cautiously optimistic about having Geoff Cameron available for the upcoming U.S. camp. The Stoke City defender has missed his team's past three matches while recovering from a thigh injury suffered in his first game back following September's qualifiers. Cameron had an uncharacteristically poor performance in the U.S. loss to Costa Rica in September before coming off the bench in the draw against Honduras.

"It remains to be seen. He's got to get through this week," Arena said of Cameron's availability. "We'll see. I would think he's going to be in camp."

Overall, Arena sounded confident in his team's ability to secure the results needed in October, in part because he doesn't see September's qualifiers as the disaster they were portrayed to be. Arena pointed to the missed penalty call against Costa Rica that cost the U.S. a chance at a 1-0 lead in a match he believes the Americans could have won.

As for the ugly 1-1 draw against Honduras, Arena looked past the defensive struggles of the first half of that game, choosing instead to emphasize the gutsy comeback that culminated in Bobby Wood's late equalizer.

That result has the U.S. in control of its own destiny, and it is why Arena still believes he can stick with familiar faces for the October qualifiers.

"It was a brilliant performance by our guys to come out with a point and keep us where we are," Arena said of the Honduras draw. "If we had lost that game we might have been out of it. The Honduras result was a good result for us. The Costa Rica result was not.

"You know we've only lost one game in 2017," Arena was quick to remind reporters on Tuesday. "The roof hasn't caved in yet. It might after the next game, but not yet."