The U.S. national team head coach found himself confused by the lack of roster consistency during Jurgen Klinsmann's time in charge

When Bruce Arena took over as head coach of the U.S. national team for the second time, he compiled a depth chart. Though the player pool was deeper than the one he had at his disposal a decade earlier, Arena still couldn't figure out a rhyme or reason to how his predecessor Jurgen Klinsmann handled that talent.

"One of the things that was confusing as I came in and evaluated the rosters was there was just too many players called in for whatever reason from everywhere and no consistency," Arena told Goal.

Asked about some of the foreign-based players who had received scarce attention from the U.S. team despite success abroad, Arena made it clear that, at a certain point, too much experimentation with the player pool can lead to missed opportunities to truly integrate new players.

"A player like (Ingolstadt midfielder Alfredo) Morales is obviously a solid player," Arena said. "Is he as good as the other four or five players in that position? Who knows, but playing in the national team program once every two years is not the best thing either.

"There’s Danny Williams at Reading. We have all these players that play in those positions in MLS. So it’s hard. If you go through the list of players that have been involved in the program over the last two or three years it’s a lot, and I’m not sure I can find a rhyme and reason for a lot of it.

"So I’m trying to get a rhyme and reason here. I’m trying to have a little bit of consistency, and sometimes you’ve just got to make a decision. All things being equal you decide to stick with one guy and you stay with him until he proves otherwise." 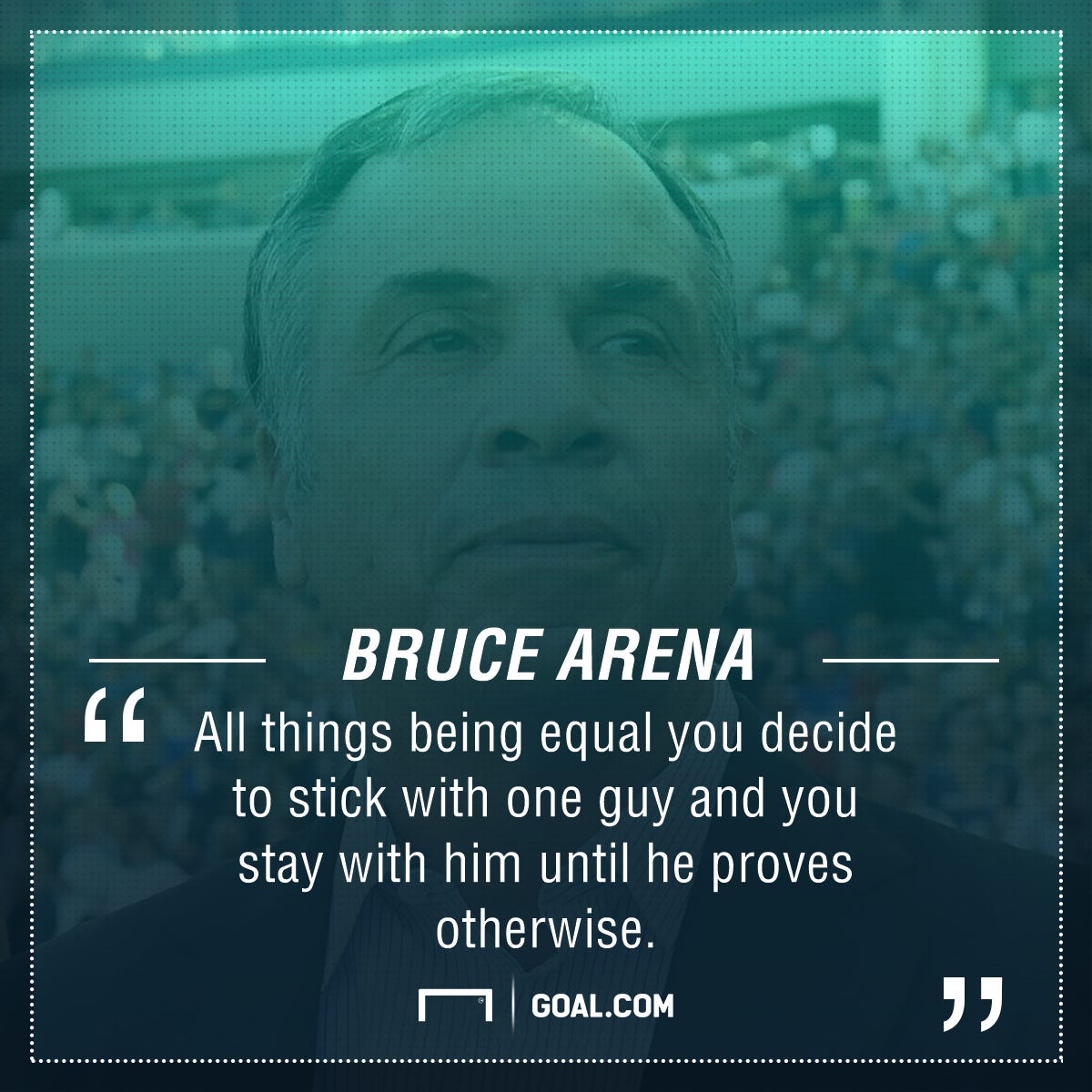 Arena has reduced the size of the main pool of players he has called on for recent World Cup qualifiers, but has integrated some new faces he believes are worthy of places. Jorge Villafana went from having never earned a call from Klinsmann to being Arena's first-choice left back. Meanwhile, players such as Sebastian Lletget, Dax McCarty, Kellyn Acosta and Matt Hedges have been incorporated after either being left out or played out of position.

"If you look at what I’ve done over the last four games, there have been some new faces," Arena said. "Lletget is an example, he got hurt unfortunately. There have been other players. However, we’re not at a time where we can just start bringing in players and giving them auditions. We have to win games."