Allegri and Arteta leading candidates to become next Arsenal manager 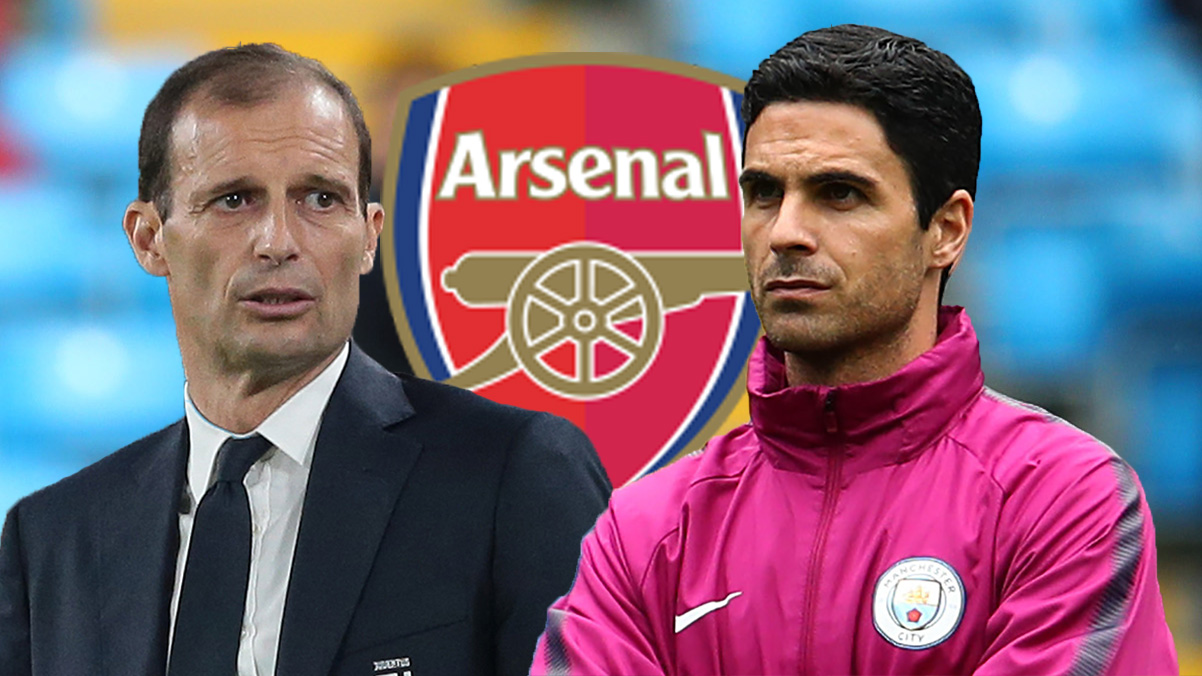 Massimiliano Allegri and Mikel Arteta are the leading contenders to become the next Arsenal manager, Goal understands.

The Gunners are searching for a new head coach to replace outgoing manager Arsene Wenger, whose 22-year reign at the club will come to an end on May 13 following the final Premier League game of the season at Huddersfield Town.

Wenger is not involved in the recruitment process for his replacement and the last time he publicly revealed who he wants as his successor was in 2011, when he said that Dragan Stojkovic, his former player who recently spoke to Goal in an exclusive interview , is the man he would like to take over from him at Emirates Stadium.

Juventus boss Allegri remains the frontrunner for the Arsenal job with talks planned in the coming weeks. Goal understands that Allegri was in London as recently as a fortnight ago and remains keen on seeking a new challenge abroad.

Allegri, who has previously revealed his desire to manage in England , is closing in on his fourth Serie A title as Juve boss while he also has the opportunity to win a fourth Coppa Italia trophy when the Old Lady face Milan in the final on Wednesday.

While Allegri remains the preferred choice of many on the Arsenal board, former Gunners captain Mikel Arteta is also highly favoured by chief executive Ivan Gazidis.

Arteta has been Pep Guardiola's assistant coach at Manchester City since retiring with Arsenal in 2016 and is being looked at as a serious contender to replace Wenger.

“I’m not the right guy to talk about that because my opinion of Mikel is overwhelming,” Guardiola said when recently speaking with reporters .

“He deserves the best. We are so comfortable working with him, he is one of the reasons for our success this season.

“There are many names for the next Arsenal manager. I don’t know what their plans are but I know Mikel very well and he deserves all he wants.”

Another name on the managerial shortlist is former Barcelona boss Luis Enrique, who is known by Arsenal's new head of football relations Raul Sanllehi from their time at the Catalan giants.

However, it is understood that there are doubts over Enrique and whether he would be the right personality to lead Arsenal forward.

Enrique won two La Liga titles, three Copa del Reys and a Champions League during three seasons at the Camp Nou, but sources close to the club suggest the 48-year-old is considered to be 'difficult' amid further reports that the Spaniard is likely to demand a large salary.

Monaco boss Leonardo Jardim remains another manager on the Arsenal shortlist and it is understood Gazidis will ensure that Sven Mislintat, the club's new head of recruitment, will work closely alongside Sanllehi and the new man in charge when an appointment is made.

Two potential options which will not be happening are Thomas Tuchel and Joachim Low. Ex-Borussia Dortmund boss Tuchel is expected to become the new manager of Paris Saint-Germain, while Wenger is also being looked at to work alongside the German next season in a general manager role.

Low, meanwhile, is fully focused on Germany's 2018 World Cup campaign and has a contract with the national team until the summer of 2020. Despite being highly regarded by senior figures at Arsenal, the World Cup winning boss will not be leaving his post this summer.

Gazidis, who is in regular contact with Arsenal's executive director Josh Kroenke, is expected to begin talks with leading candidates within the next week and wants to appoint a manager before the World Cup begins on June 14.