Trent Alexander-Arnold, Joao Felix and Sergino Dest are among the 20 players set to take part in EA Sports' FIFA 20 Stay and Play Cup.

The tournament is set to run from April 15 to April 19, with four matches taking place every day and a semi-final and final round being held on the final day of the competition.

EA Sports confirmed last week that the FIFA tournament will raise $1 million (£800,000) for Global Giving’s Coronavirus Relief Fund to support ongoing Covid-19 relief efforts as the world attempts to battle the pandemic. Additionally, viewers will be able to donate to coronavirus charities during the competition.

“We want to bring the global football community together with the FIFA 20 Stay and Play Cup, so millions of fans can experience the thrill of their favourite clubs and professional footballers playing - even when we have to be apart,” Andrew Wilson, CEO of EA, said last week.

“Combined with relief contributions we are making, we hope to make a positive impact in people’s lives during this challenging time.” 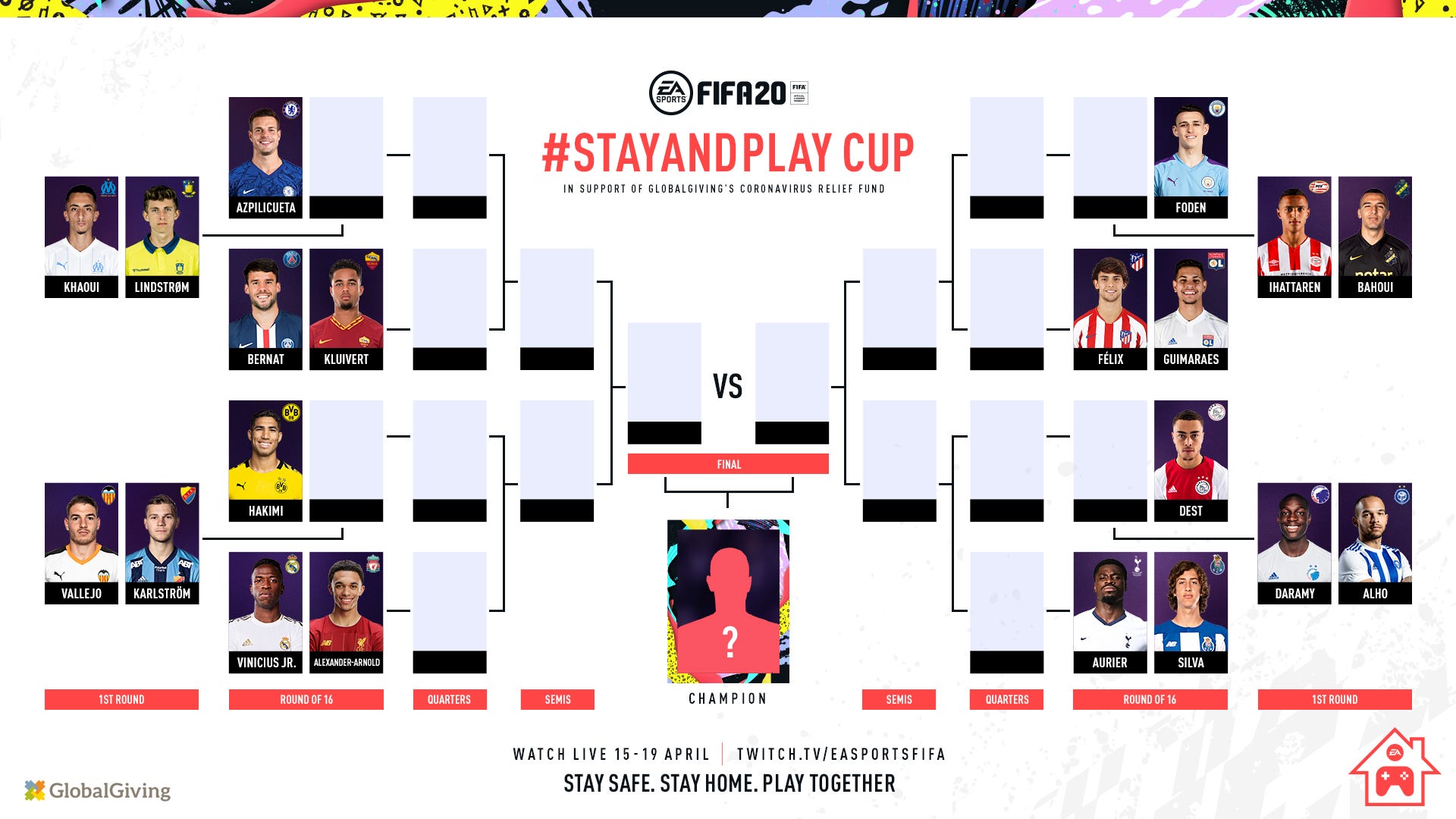 PSG defender Juan Bernat, Roma's Justin Kluivert and Borussia Dortmund's Achraf Hakimi are also among those set to participate in the event.

As a result of the number of players, there will be four games in the first round to determine who advances to the round of 16. Brondby's Jesper Lindstrom will face Nabil Bahoui or Marseille while Vallejo will face Djurgarden's Jesper Kallstrom on one side of the bracket. On the other, rising PSV star Mohamed Ihattaren will take on AIK's Nabil Bahoui and Copenhagen's Mo Daramy will face HJK Helsiki's Nikolai Alho.

Among the more interesting last-16 matches are a clash between Alexander-Arnold and Vinicius as well as a battle between Bernat and Kluivert.

In total, there will be over 20 hours of broadcasted play across a number of EA Sports' channels and broadcast partners, including ESPN in the U.S. and Oceania.