By Greg Lea
A document released by Football Leaks suggests Los Blancos could end up paying 15 million euros more than the initial transfer fee to Monaco.
A leaked document from whistle-blowing website Football Leaks has revealed that James Rodriguez could cost Real Madrid up to 90 million euros ($103M).

The Colombia international moved from Monaco to Santiago Bernabeu in 2014 for an initial €75 million fee, but the deal also included a number of additional clauses that could see the Ligue 1 club receive an extra €15 million.

It was agreed that Madrid would pay €1 million to Monaco every time it qualified for the Champions League, starting from the 2014/15 campaign and lasting for six years, with the bonus payable a maximum of five times.

Another clause will see €5 million added to the overall cost if Rodriguez is nominated for the Ballon d'Or at any point in the six seasons following 2014/15, with that bonus payable only once.

An additional €5 million would be sent Monaco's way if Rodriguez won the prize, an agreement that also is in place until the 2019/20 season.

The maximum amount payable is therefore €90 million, €15 million more than the initial transfer fee Madrid parted with in exchange for the former Porto star. Were all those clauses to be activated, Rodriguez would become the third-most expensive player in the world behind teammates Cristiano Ronaldo and Gareth Bale. 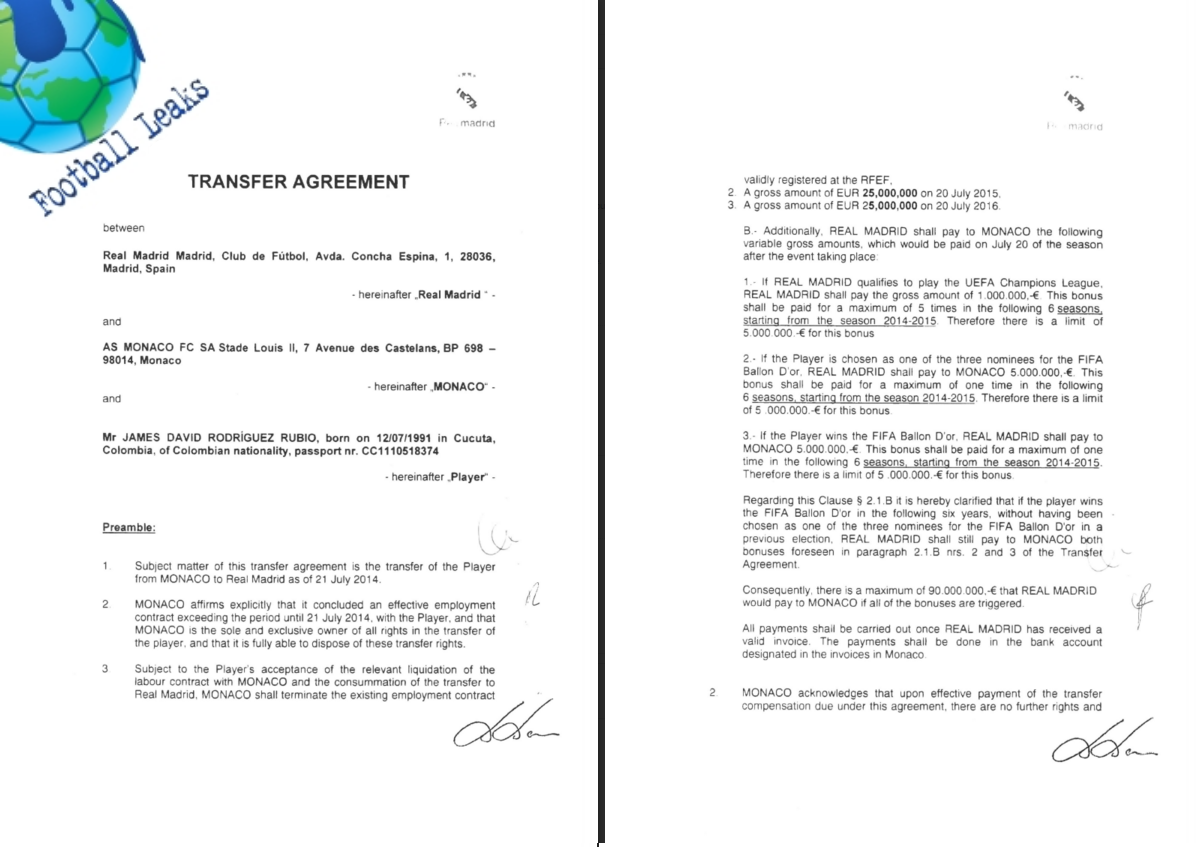