Opta Stats
Both players struggled to make an impact as Barcelona smashed four past Rafael Benitez's side in Saturday's humiliating Clasico defeat - but who was worst?
It was a truly miserable Clasico for Real Madrid and its supporters, with neither Gareth Bale nor Cristiano Ronaldo able to do anything to stop Barcelona storming to an emphatic 4-0 win at the Bernabeu.

But when the time comes to reflect on the result, who will be more embarrassed with their performance against Luis Enrique's side? Goal, with the help of Opta, displays the stats for both of Madrid's faltering Galacticos... 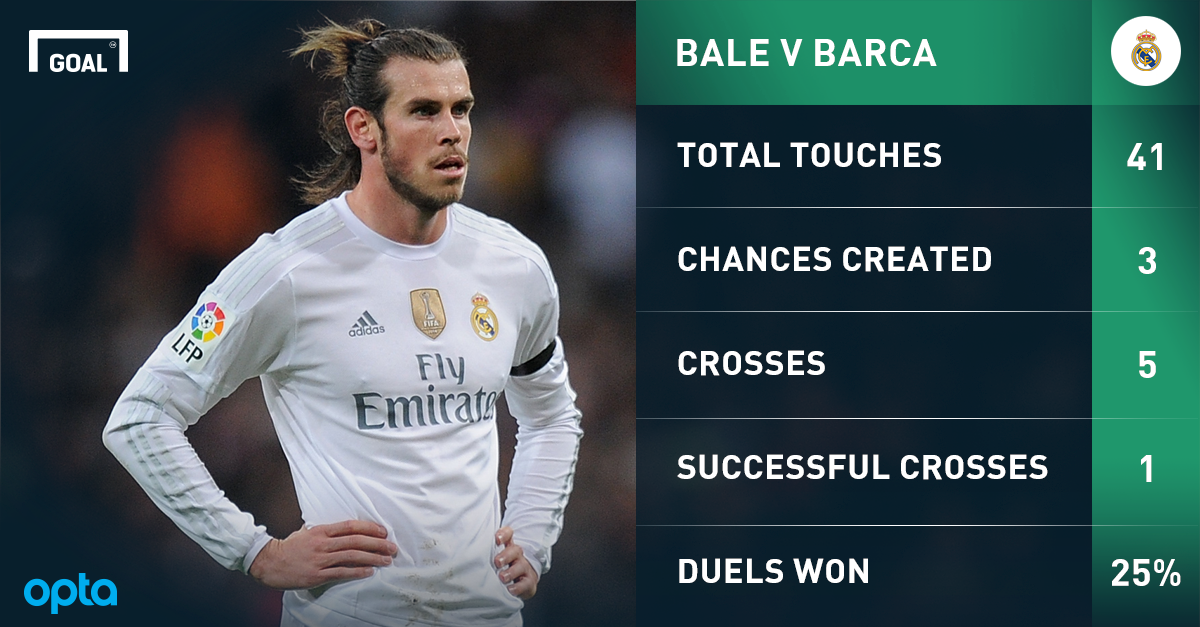 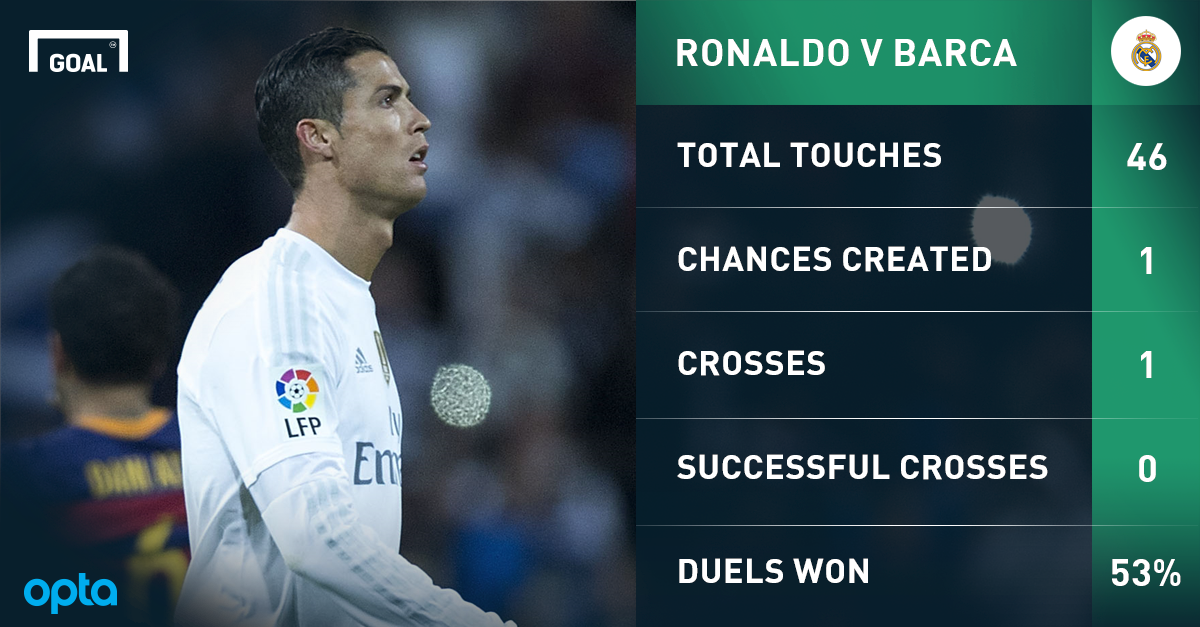 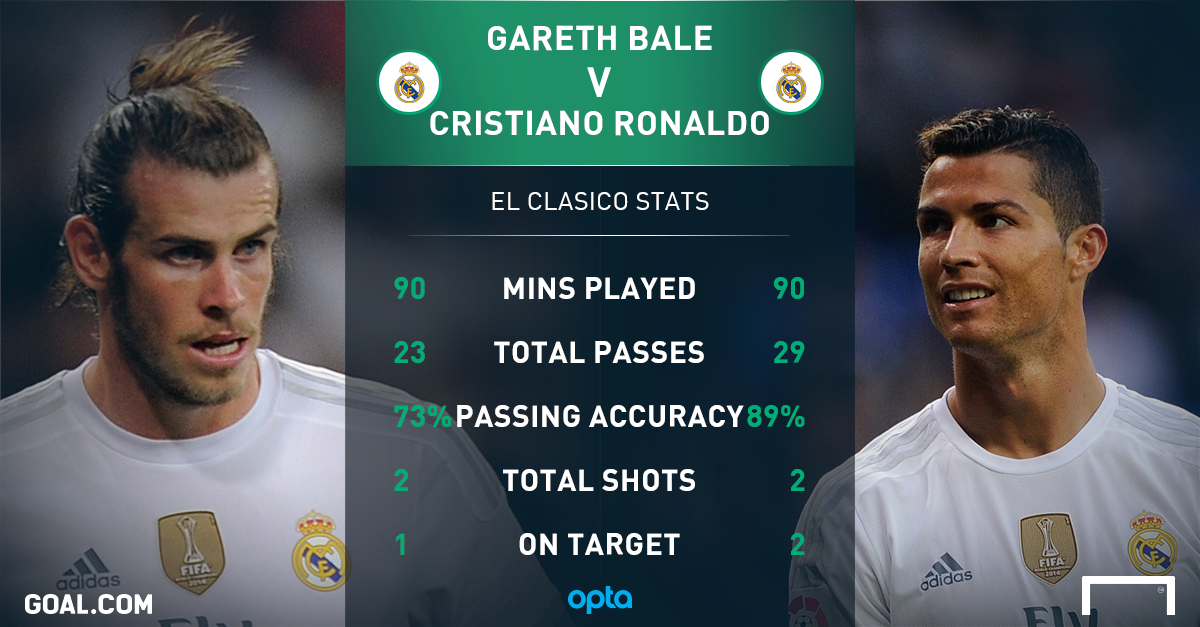