By Ben Hayward
The two South American forwards were in fine form again to make light of the Argentine's absence through injury and steer Barca through another tough test in La Liga.
No Lionel Messi, no problem. Luis Suarez and Neymar have grown in the absence of the Argentine attacker through injury and the two led Barcelona to victory once again on Saturday in what always looked liked being one of the most difficult games without the four-time Ballon d'Or winner.

Messi was injured late last month against Las Palmas at Camp Nou and with its star man sidelined, Barca looked to the two other members of the side's famous forward line. They haven't disappointed.

Suarez struck a superb hat trick in Barca's last game - against Eibar at Camp Nou - and the Uruguayan striker opened the scoring here with a typically cool and clinical finish. Occasionally ungainly and sometimes wasteful in front of goal, the former Liverpool forward is capable of the sublime and the ridiculous - but there has been much more of the former since he arrived at Camp Nou last year.

His goal followed fine work from Neymar and a lovely assist from Sergi Roberto, who is improving with every game and now deserves a starting spot in this team - something that had barely seemed possible even just a few months back. 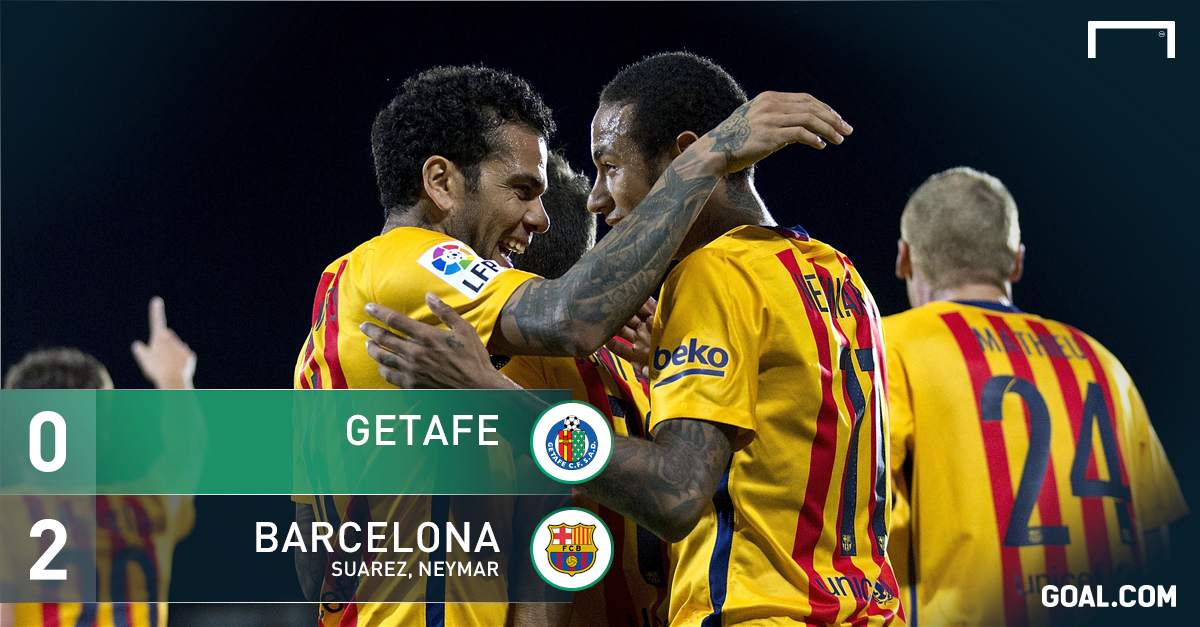 The Suarez strike was the forward's eighth goal in seven games since Messi limped off with ligament damage in his knee against Las Palmas. He has now scored 11 of Barcelona's 33 goals in all competitions this campaign and the Liga strikes have been worth more points than any other player’s goals in the Primera Division this term (11). The Uruguayan is very much the man for the big occasion and he has grown in the absence of the Argentine attacker.

So too has Neymar. The Brazilian brilliantly volleyed home Barca's second of the night in Getafe and he has now been involved in nine of the Catalans' last 10 goals in La Liga (with six goals and three assists).

"Neymar and I are different," Suarez said afterwards. "I don't dribble past three or four players like Neymar does. Each one of us knows our function."

Indeed they do. And like the first goal, this one was provided by Sergi Roberto on a quick counterattack which culminated in a lovely ball by the Barca midfielder for Neymar to finish. It was a goal the Barca of old would probably not have scored, but Luis Enrique has made this team more versatile and counter-attacking football is now an important part of its gameplan in tough away fixtures like this one. 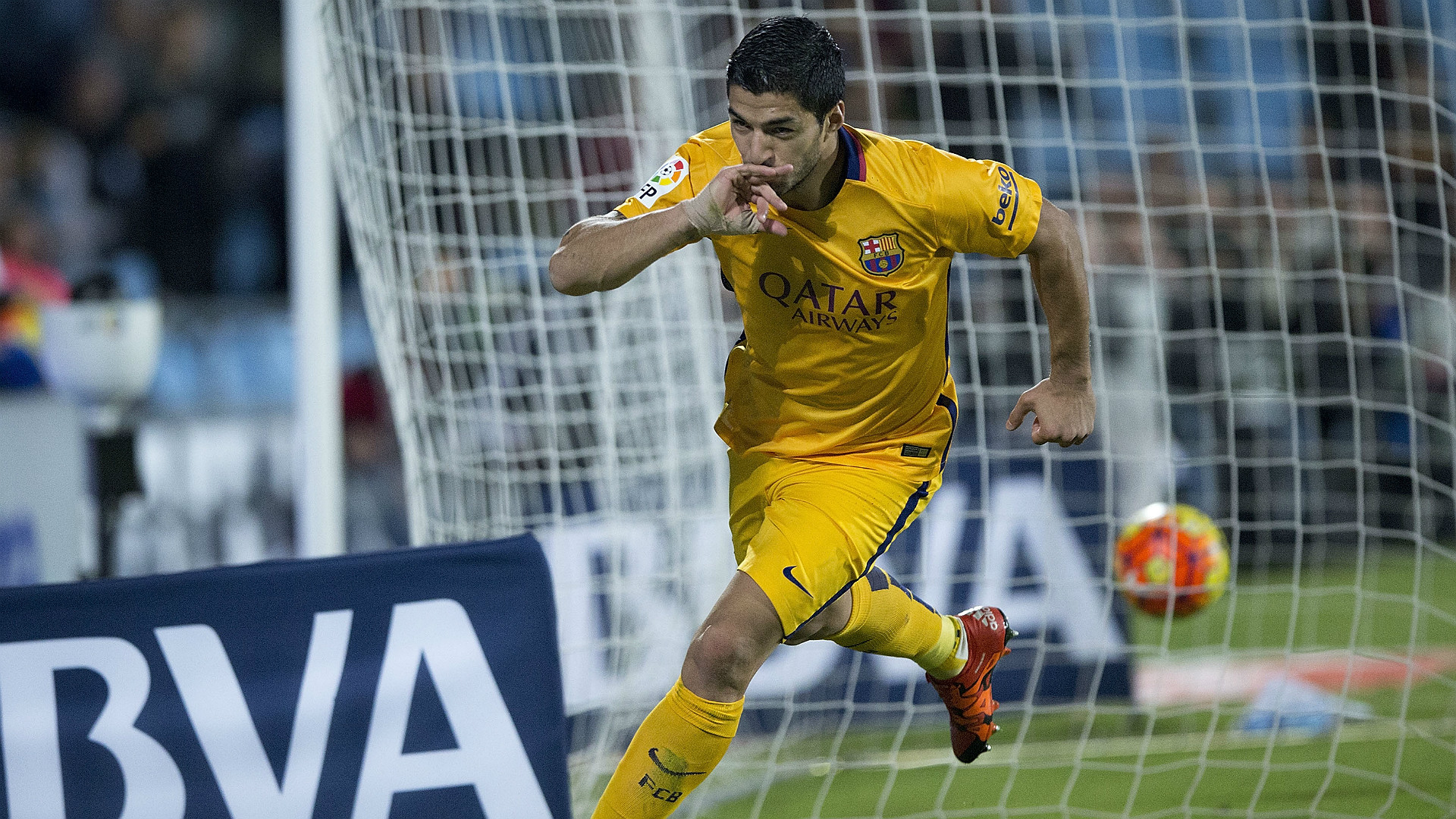 FULL STORY | Suarez and Neymar lead Barca to victory
With Messi sidelined for a month, Barca has stayed in contact with fierce rival Real Madrid at the top of La Liga and has also now negotiated some tough tests without their finest footballer.

The away game at Getafe is a difficult one even when Messi is available and Barca has not always fared well at the Coliseum in recent years. In Pep Guardiola's last season (2011-12), the Catalans lost the fixture 1-0, while they were held to a goalless draw in 2014-15.

Not this time. As the game got underway, it looked like it may be a struggle. But Barca no longer need to depend upon Messi quite as much as it used to. Without him, Suarez and Neymar have been doing the business and there are now likely to be only two more matches before the Argentine is back again. 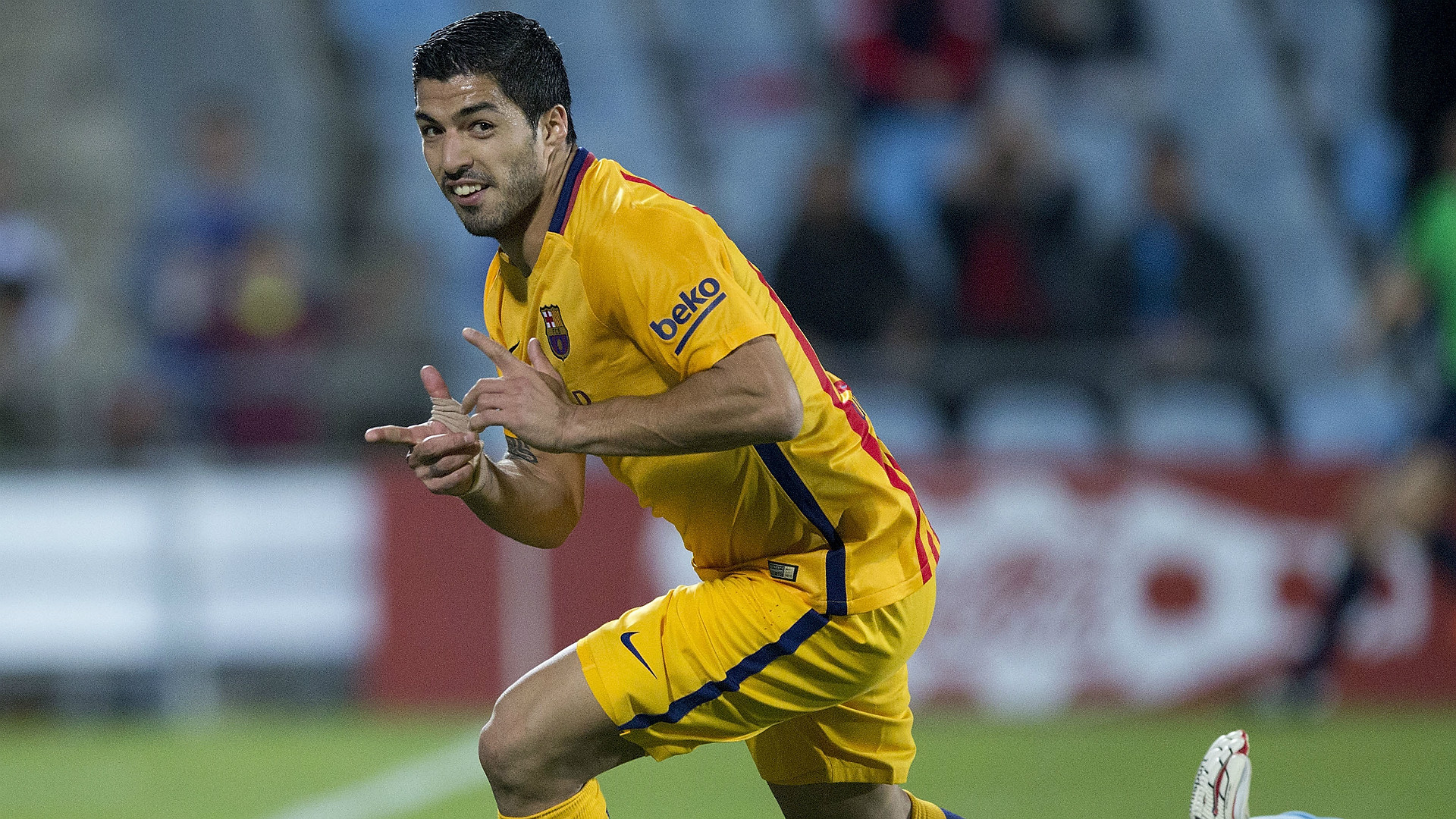 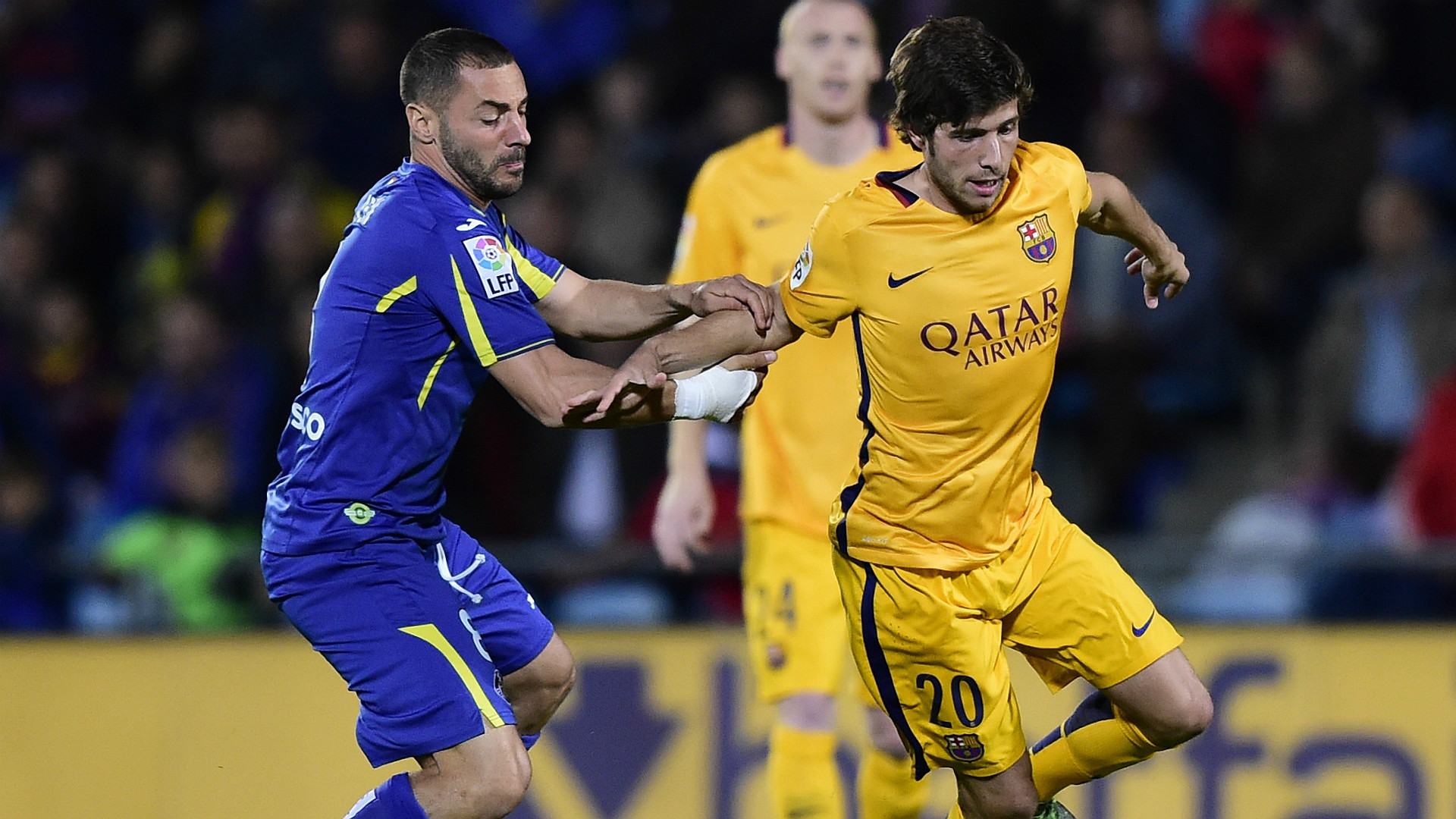 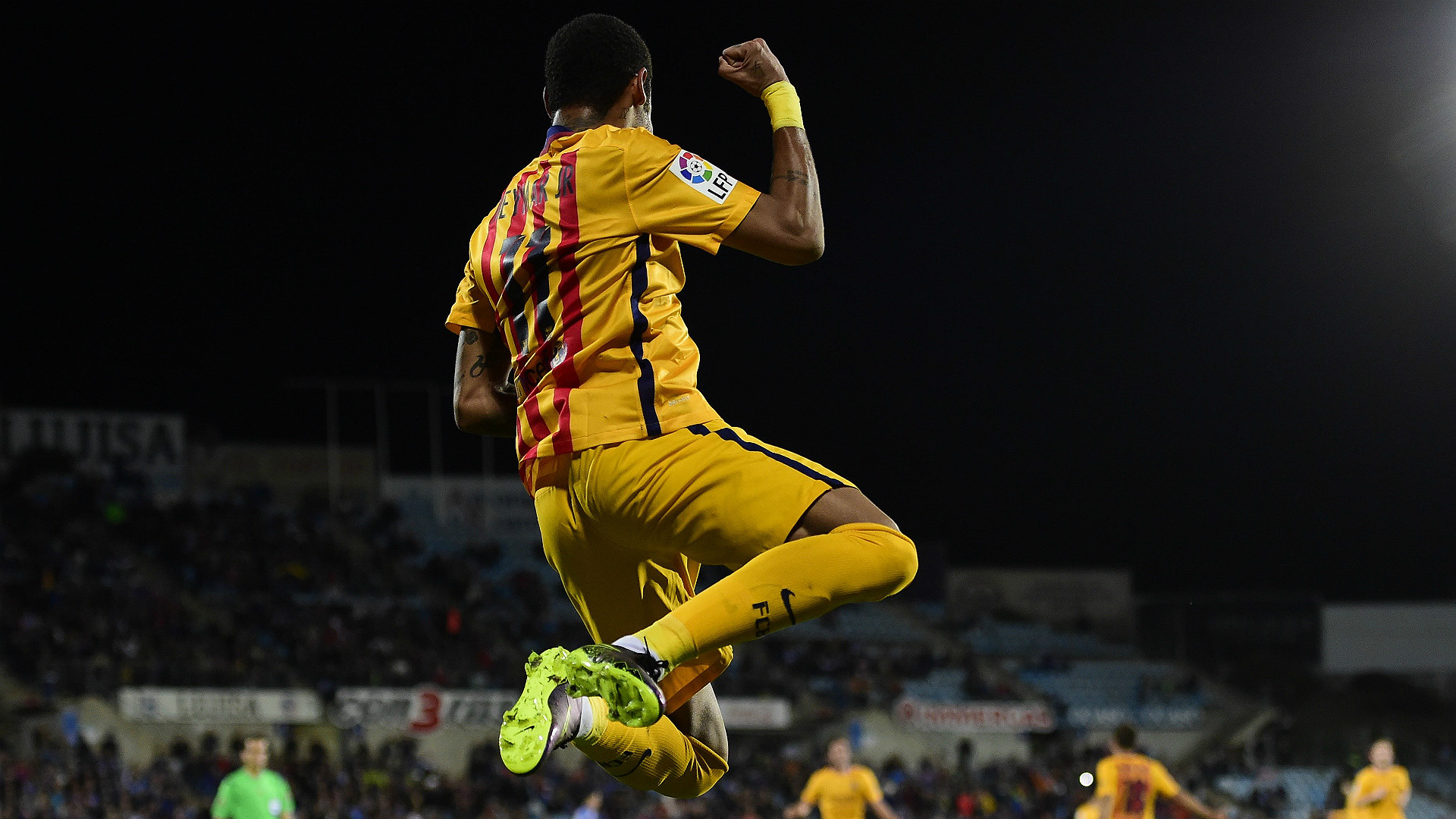 The first of those sees Barca face BATE Borisov at Camp Nou on Wednesday, before another home game against Villarreal in La Liga next weekend.

After that comes the international break, and then there's the Clasico away to Real Madrid at the Santiago Bernabeu. With all being well, Messi will be back by then. Just in time.

But before he does return, the Argentine can be proud of the job Suarez and Neymar have carried out during his injury layoff. This Barca is anything but a one-man team.