By Ben Hayward
The Argentine is recovering from injury, while the Brazilian and the Uruguayan are both banned from national teams, meaning they will miss grueling journeys, writes Ben Hayward.
These are trying times for Luis Enrique. The Barcelona boss has seen his side lose twice already in La Liga this term, is unable to play his new signings until January and his squad is ravaged by injury. For once, however, the international break brings some respite.

Such periods usually represent a headache for the Asturian trainer and coaches of other top teams as the best players endure long trips around the world to turn out for their countries - often on poor pitches and at altitude - before returning drained, tired and with their defenses down for domestic action days later.

If they are not injured while away (as was the case with Real Madrid pair Danilo and James Rodriguez recently), they are often deemed too tired to start upon their return - like Messi in the game at Atletico last month when he was surprisingly left on the bench by Luis Enrique.

Messi is going nowhere this time as he continues his recovery from a knee ligament problem he suffered in the Liga game against Las Palmas 10 days ago. The Argentine will be out for some time yet, but the break is an opportunity for the 28-year-old to concentrate on his recuperation as he works full-time with the medical staff at Camp Nou. But it's not just the Argentine who will be staying behind instead of traveling to South America. Both Neymar and Luis Suarez also will remain at Barca and will look to build up their fitness ahead of the eighth round of La Liga later this month, with the Catalans in action against Rayo Vallecano at Camp Nou on Oct. 17.

Neymar is still suspended after his four-match ban for insulting match officials at the Copa America and Barca has devised a special fitness program for the Brazil forward which the club hopes will act as a mini preseason for the 23-year-old, who has struggled to hit the heights he showed for the Blaugrana in 2014-15.

"The international break will be good for Neymar," Luis Enrique said before Barca's 2-1 defeat at Sevilla on Saturday.

And the former Spain midfielder is also happy to see Suarez staying with the club during the next two weeks.

"This is the second time Luis is staying with us," he said Friday. "Let's hope there's a repeat of that again." 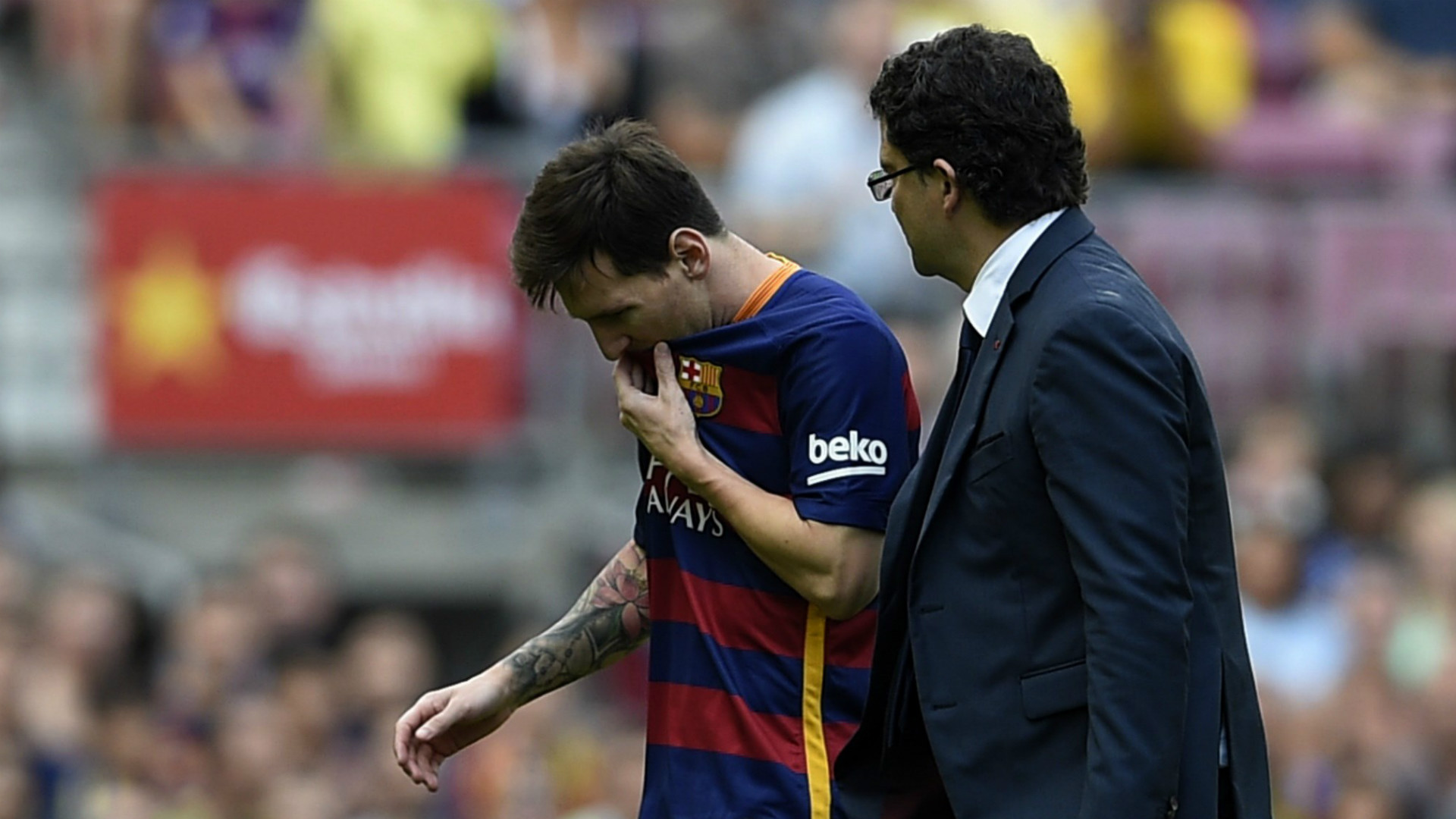 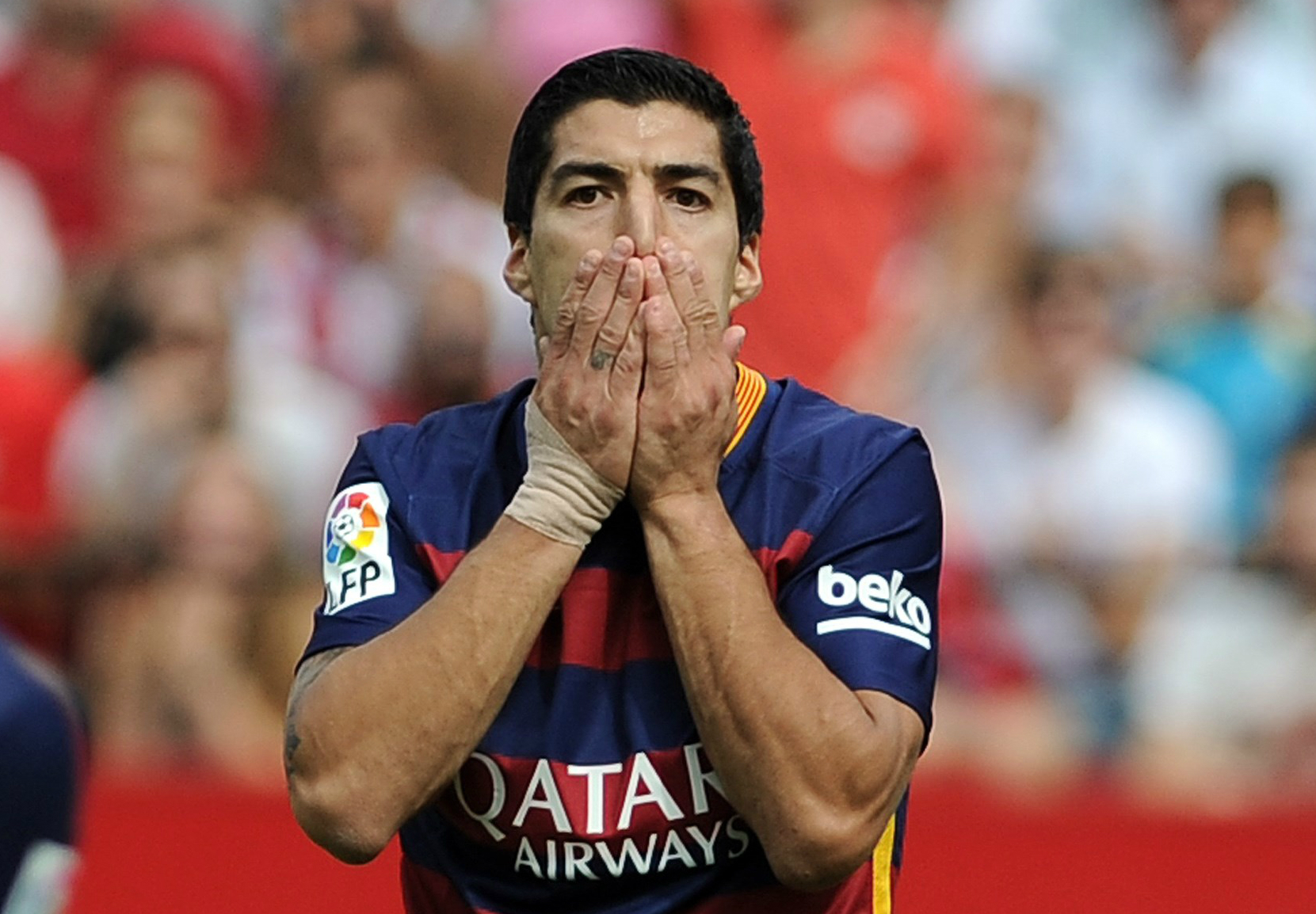 The former Liverpool forward is still serving a ban for biting Italy's Giorgio Chiellini at the World Cup in Brazil last year and will be unable to represent Uruguay again until the summer of 2016.

He has been given permission by his national team to remain with the club during the break for a second successive time, and that is good news for Luis Enrique because he could have been subjected to a long journey even though he can not currently play for his country.

The break also will allow Andres Iniesta to step up his recovery from the hamstring injury he picked up in the 2-1 win over Bayer Leverkusen last week, with the Spain midfielder likely to be missing for around three weeks in total.

"This break comes at a good moment for us," Luis Enrique said at the weekend. "It is an opportunity to take a breather."

And with the team down to the bare bones because of injuries and their coach unable to field new players until January because of a transfer ban, a breather is exactly what Barcelona needs right now.