By Ben Hayward
The Portuguese was disappointing as Real let its lead slip late in the game while attempting to hold on for a 1-0 win in the derby at the Vicente Calderon, writes Ben Hayward.
Another derby, another disappointing result for Real Madrid and Cristiano Ronaldo. Los Blancos beat Atletico only once in eight meetings last season and, stifled by a defensive game plan from coach Rafa Benitez, were frustated again this time around.

It could have been better, and it looked like it would be as Karim Benzema rose to head home a Dani Carvajal cross after nine minutes. Madrid had started stronger and was well worth its lead. So far, so good.

Real really struggles in this fixture when Atletico scores first and closes up shop. This time though, Madrid had the advantage - and it should have built on it.

Instead, it allowed Atleti back into the game. Sergio Ramos gave away a penalty as he lost the ball and then fouled Tiago in the area, the Madrid captain lucky to escape a red card and even more fortunate to see Keylor Navas save the spot kick from Antoine Griezmann. 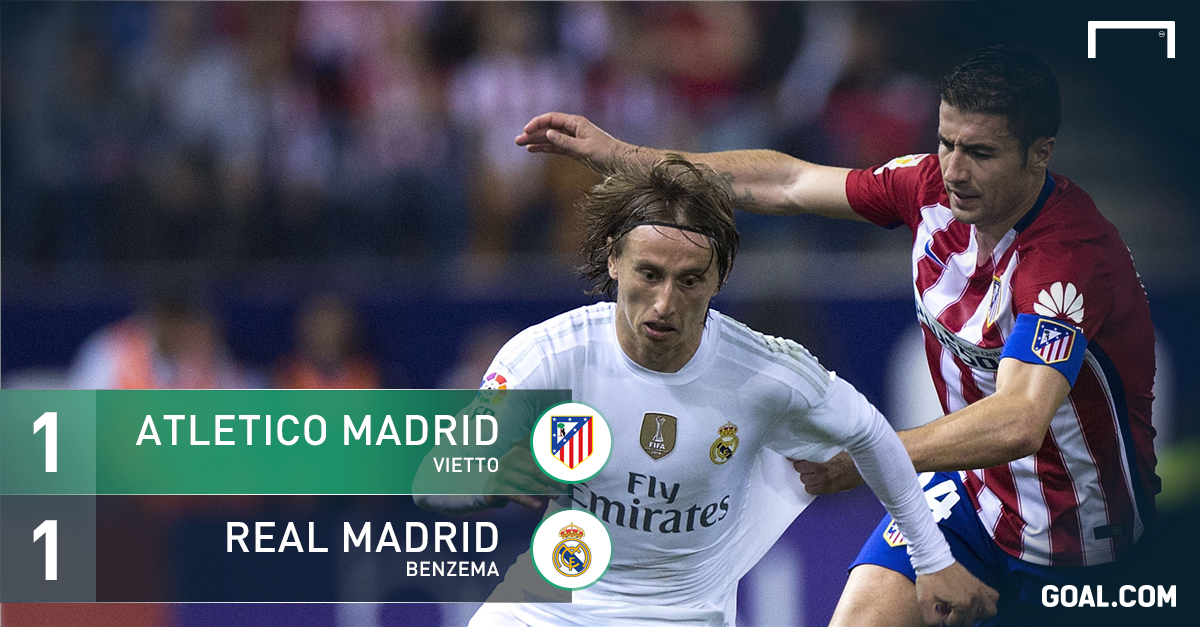 That should have been a warning for Los Blancos, but Benitez seemed content with his side ahead and Casemiro keeping Atleti at bay as Madrid's midfield enforcer.

It was a risky strategy, however, and one that ultimately backfired as substitute Alvaro Arbeloa made a dreadful mistake on the wing. Arbeloa allowed Jackson Martinez to race free and set up Griezmann, who squared for Luciano Vietto to poke home a late leveler.

There were only six minutes left on the clock, but those turned out to be the most entertaining of the entire match as both teams went for the victory. And Ronaldo was particularly lively, shooting from all angles as he attempted to claim the three points for Madrid.

The Portuguese should have passed to Gareth Bale instead of going for goal from miles out on one breakaway attack and also appealed for a penalty in the final minutes. Overall, though, it was another big game in which he had failed to leave his mark. Too little, too late. 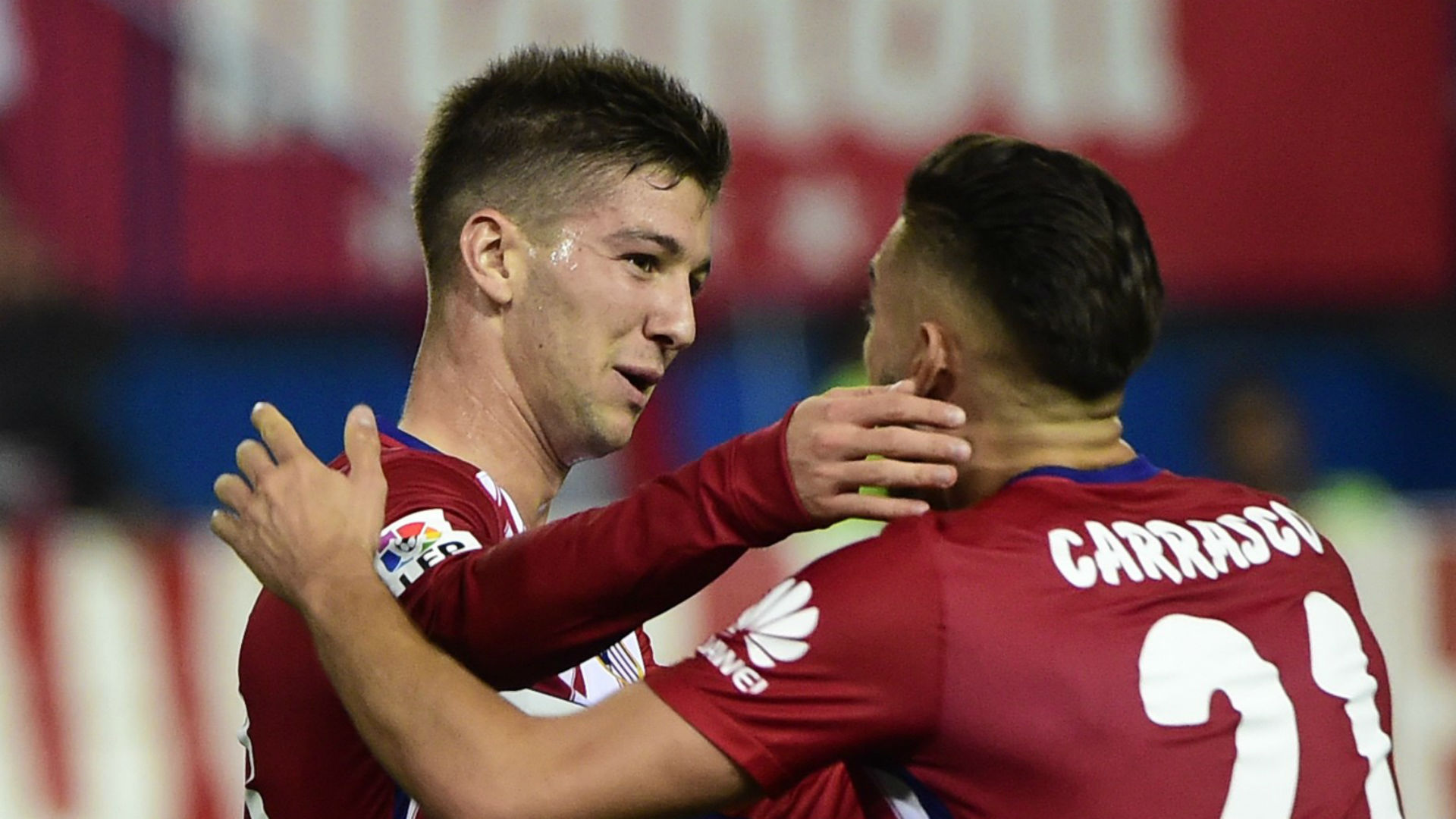 FULL STORY | Late leveler gives Atletico a point in the derby
On target just twice against Atleti last season (including one from the penalty spot), Ronaldo rarely relishes playing Diego Simeone's side these days, and Madrid will have wanted more from its main man in this match.

Part of the blame, however, must be aimed at Benitez. The former Liverpool and Napoli boss boasts a decent record against top teams, but his conservative approach in this match ended up costing Real.

Had Ronaldo and Co. played throughout the game with attacking ambition and intent as they did in the first few minutes, it may have been a different story. But attempting to grind out a 1-0 win away to a quality team like Atletico is a dangerous gameplan - and even more so with Arbeloa on the pitch.

At 1-0 up and with 14 minutes remaining, Benitez brought off goalscorer Benzema, and the Frenchman looked anything but pleased to be leaving the action earlier than expected. The idea was to give Madrid more men in midfield as Mateo Kovacic came on in his place, but Real lost not only its focal point in attack but also its balance.

"He took me off for the result," Benzema said after the game. "To defend more." 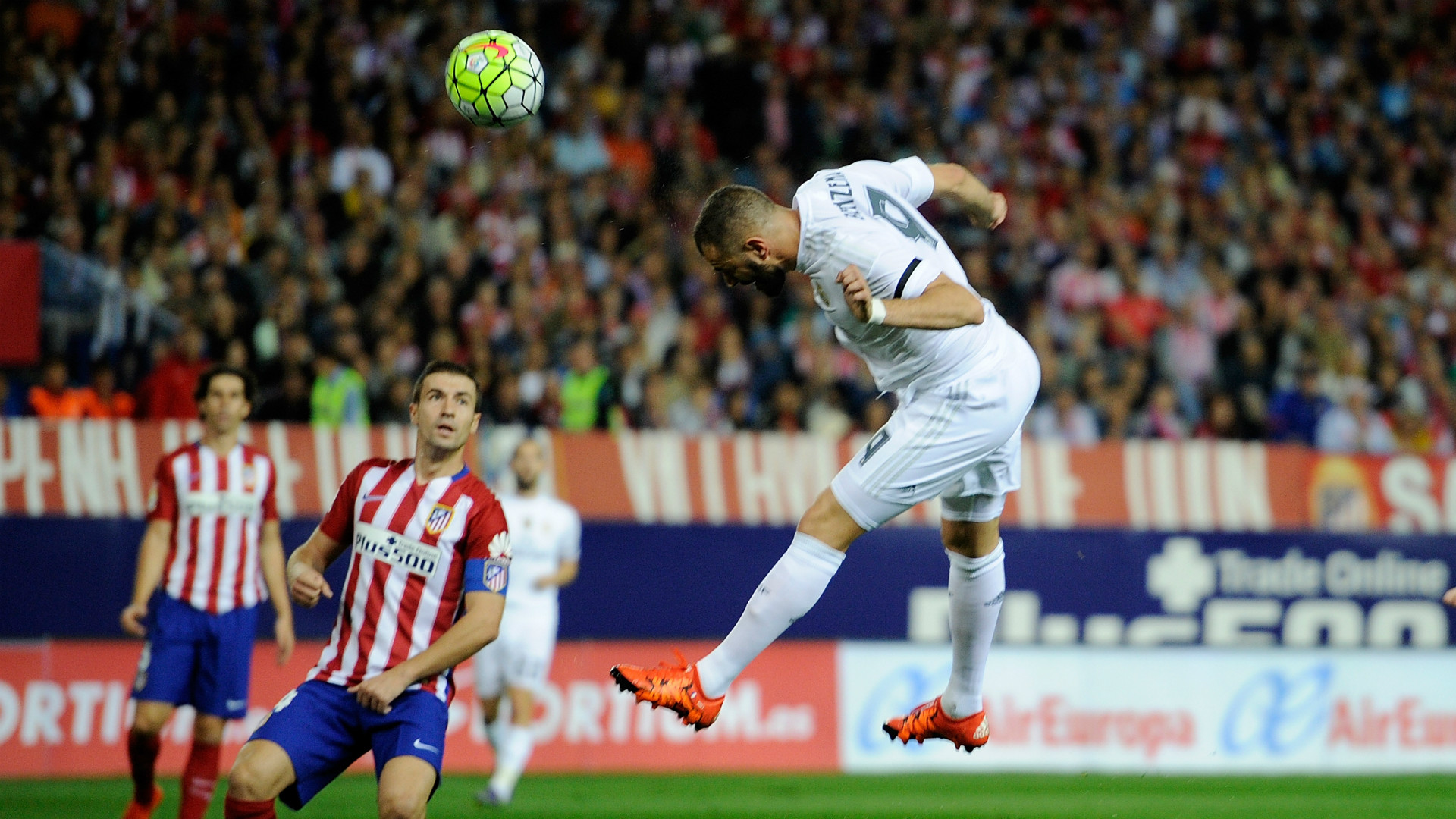 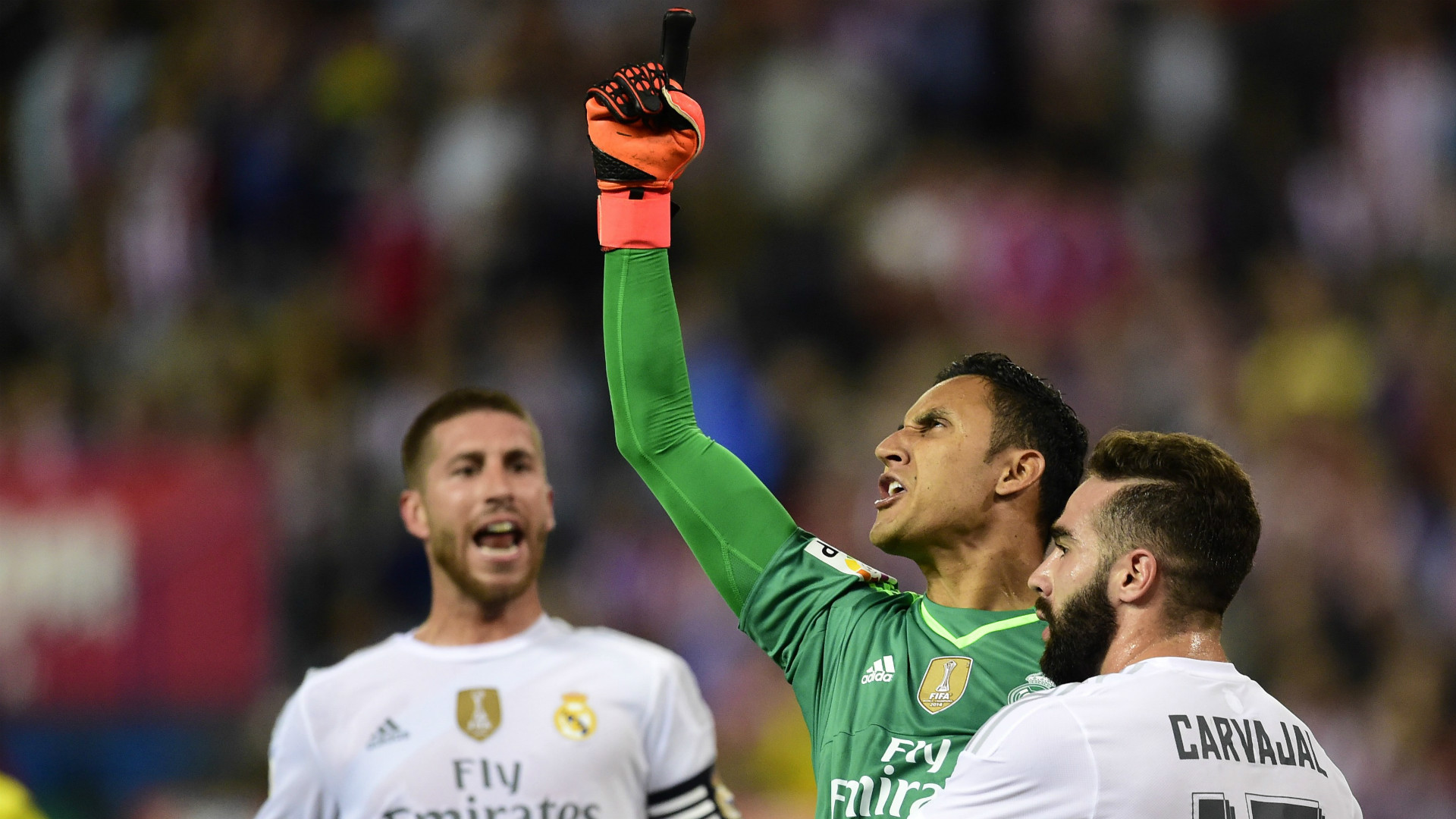 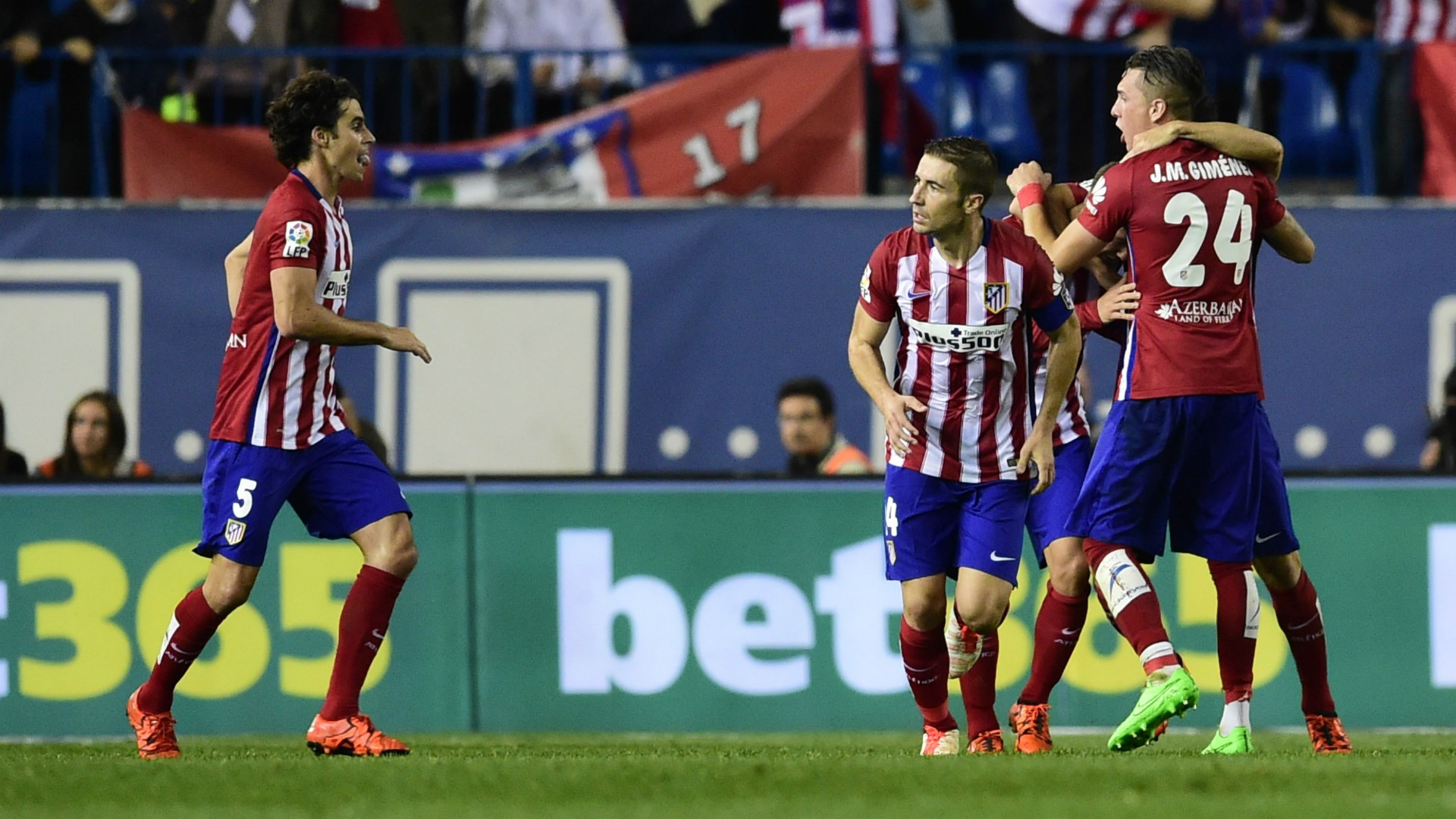 Benitez, however, denied he had been too negative with Madrid's tactics. "You have to give credit to Atletico," he said. "They were intense. We weren't good enough on the break. We should have scored another goal in the first half."

The draw means Madrid missed the chance to return to the top of the table, having also dropped down last weekend after a scoreless game against Malaga at the Santiago Bernabeu.

Defense clearly comes first for Rafa, and he has a strong track record in cup competitions. But too many draws have hurt his teams in previous years, and he has failed to win a league title since steering Valencia to Primera Division crowns against all odds in 2002 and 2004.

Soccer has changed a lot since then. Rafa, by the look of it, has not - and his conservatism could cost Madrid this season - especially with Ronaldo relying on service from others to win games for Real these days.