By Ben Hayward and Kris Voakes
The two finest midfielders of their generation meet for one last time at the highest level on Saturday, but which one of the two was the better player in their prime?
Andrea Pirlo and Xavi are of a dying breed. Midfielders more about technique than physique, their games seem suited to a bygone era, yet they have been able to dominate for a generation in the maelstrom that is the modern game.

Soon they will both be gone. Xavi is off to Qatar at the end of the current campaign, bidding farewell to his beloved Barcelona after more than two decades at the Catalan club. Pirlo, meanwhile, is considering a summer exit and has said a Champions League win would be a fitting finale to his career at this level.

The two men are now 35 and slightly past the peak of their powers, yet they remain vital players for their respective clubs and brought success to their national teams, too. Xavi helped Spain to a World Cup win in 2010 and back-to-back European Championship crowns in 2008 and 2012; Pirlo also won the World Cup with Italy in 2006 and was a losing finalist against Xavi and La Roja at Euro 2012.

But which one was the better player? As the two midfielders meet again for one last time at the highest level in Saturday's Champions League final in Berlin, two Goal writers take up the debate... 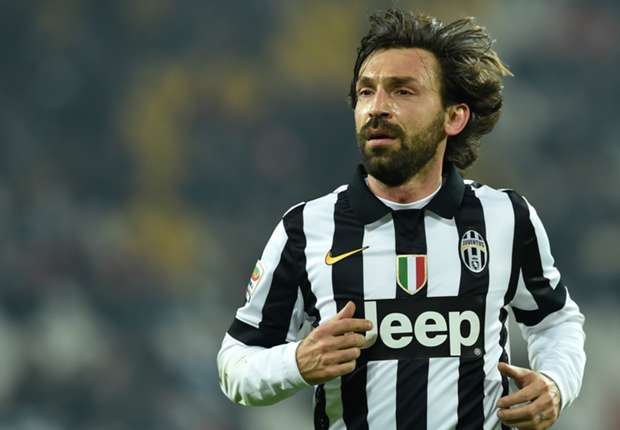 
Xavi rightly leaves Barcelona with people bandying about titles such as ‘legend’ and ‘all-time great’. His impact on the club cannot be questioned, while he similarly impacted Spain during one of the most successful periods ever enjoyed in international football.

But on Saturday he comes up against a man every bit as worthy of such platitudes.

Andrea Pirlo has been to more than one club what Xavi has been to Barcelona. Like Xavi, he has also had a significant impact at international level, playing a key role in Italy’s 2006 World Cup win and providing the heartbeat of the Azzurri side ever since. Like so many comparisons, this is one which cannot be measured by winners’ medals alone.

While Pirlo has worked with a string of star performers during his career, he hasn’t been granted anything like the stability enjoyed by Xavi. Pushed out by Inter when the club couldn’t get the best from him, he was reborn as a deep-lying playmaker at Milan. Then, when Massimiliano Allegri got shot of him despite his immense record with the Rossoneri, he arrived at Juventus and transformed its fortunes almost single-handedly.

The Italian has been a more direct influence on sides over a greater period of time. When a game needed somebody to take a real stranglehold on proceedings, he never shirked the responsibility. So often, he made it known that he felt the need to be the dominant personality in the game, gliding gracefully around all parts of the pitch, showing for the ball and looking for the key pass at every turn.

His set-piece quality is something to behold, and if you have sat behind the path of a Pirlo arrow heading for the net then you have experienced one of the greatest joys football can provide. Xavi might have laid many a platform for victory, but Pirlo was more often the match-winner. He found more ways to influence a game, and had more to say in key moments.

At his best, Pirlo was the closest football gets to perfection.

Long before the emergence of Neymar and Luis Suarez alongside Lionel Messi in Barcelona's brilliant forward line, the club's success was built on probably the greatest midfield football has ever seen. And it was led wonderfully by one man: Xavi.

When he made his debut for the Catalan club in 1998, Xavi was under incredible pressure as he was dubbed as a long-term replacement for captain Pep Guardiola. Such was the burden that the younger man felt, that he almost left Camp Nou altogether. Instead, however, he stayed, eclipsed his illustrious former teammate and became the fulcrum of the greatest Barca and Spain sides in history. Indeed, if one man symbolizes the Tiki Taka style employed by both the Blaugrana and La Roja between 2008 and 2014, it is Xavi.

No player makes more passes in a game than Catalan midfielder. While Andrea Pirlo's impact is intermittent, Xavi's influence is constant: he is always there, making things tick, passing, pressing and controlling his team's possession philosophy - and he did it better than anyone else for so many years.

His excellence cannot be measured in goals or even assists. Xavi is all about ball control and recycling possession, almost always giving his teammate a better option than the one he had himself. He made what was hugely complicated appear effortlessly easy - and Barca has had to change its style in 2014-15 as he reaches the twilight of a wonderful playing career at this level.

But he has remained important, and in his last appearance at Camp Nou, Xavi claimed his 24th trophy for the Catalan club. No player has won more in the history of Spanish football, and while Messi has obviously been key in Barca's spectacular success in recent years, Xavi was equally important for a number of seasons.

Not many players can say they have helped change the history of both their club and country on a soccer field, but Xavi can - and he is probably the greatest midfielder the game has ever seen.