By Daniel Buse
There are moments that don’t necessarily change a footballer’s life, but nevertheless have a profound impact upon it. Rather than the 1996 European Championship and his numerous titles, many fans remember only one scene from a very insignificant Bundesliga duel. Of this tells our series “20 years - 20 moments” for German football unity.
You know you’re important when you have your own entry in Wikipedia. Thomas Helmer is undoubtedly a household name in German football and it is therefore not particularly unusual that the former Germany international and current sportscaster has an entry under his name.  But the former Borussia Dortmund and Bayern Munich defender is also responsible for another entry.

“Phantomtor” (phantom goal) is the term that Helmer created. He may not have created the concept on his own, but because he is associated with its first instance, the 45-year old may be described as the “inventor” after all. For lexical purposes, we can define the word: “Phantomtor” is a term used in sports coverage for a goal that is recognized by the referee, even though the ball has not crossed the goal line.

Surprised by the goal

This was exactly the case on April 23, 1994 - with Thomas Helmer at the center of the action. The man from East Westphalia played in the no-longer used Olympiastadion in Munich for Bayern against 1. FC Nuernberg. In the 26th minute, Bayern sent in a corner from the right, and at the far post, Helmer tried to poke the ball past Nuernberg goalkeeper Andreas Koepke.  The keeper saved on the goal line and the ball went around the post. Helmer first responded with disappointment as Koepke helped him back on his feet - and then the midfielder found his colleagues cheering at the center circle. The “Phantomtor” was born. 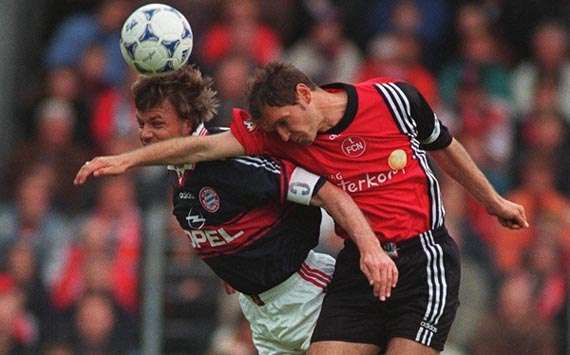 “There was a brief moment in which I did not know where the ball was. Then the shot was saved wide, but everyone cheered as though the ball had previously gone just over the line,” Helmer later said, explaining why he did not act in the sense of fair play and bring attention to the referee’s mistake.

A link to eternity

The pictures of this curious scene were released to the football world and attracted astonishing consequences: the German Football Association nullified the result and had a replay of the match. After their initial 2:1 victory, Bayern clearly won the replay 5:0, and Nuernberg were relegated on goal difference. The consequence of Thomas Helmer's phantomtor was that he would have to explain exactly what happened years and even a decade after the event. But one has to live with it, and he has done just that: “It’s too bad that I am approached to talk about the Phantomtor and not a success such as the European Championship in 1996,” he says. Thomas Helmer and Phantomtor - these are two terms that will be forever linked in Wikipedia. 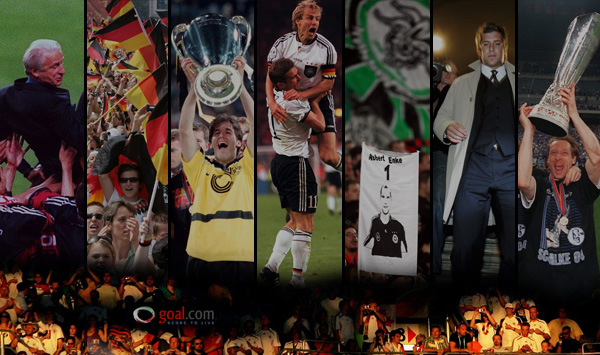 “20 years - 20 moments,” this is the Goal.com series for German football unity. 20 November 1990 was a historic day in German football: the Association of the German Democratic Republic was dissolved, and born as a new member of the Northeast DFB German Football Association (NOFV). The unity of German football was complete. Goal.com recalls the greatest triumphs, the most tragic moments and most notorious scandals over the last 20 years.


For all the German news you can handle, check out Goal.com's Germany homepage and join Goal.com USA's Facebook fan page!
Close