Melissa Reddy
The Merseysiders had to settle for a point at St. Mary's in a game they should have won after a dogged display by Claude Puel's men.
Jurgen Klopp had anticipated this. “We can’t be the same team we were before the international break,” he cautioned ahead of the showdown on the South Coast. "When we play our best then we are much more difficult to play against than Southampton can imagine. But for this one, I don’t know.”

Liverpool was understandably not at its effervescent best Saturday afternoon given the interlude, which robbed the club of Adam Lallana and saw Philippe Coutinho and Roberto Firmino only report to Melwood on Thursday.

The Reds, not for a lack of effort, could not fully stretch their superiority at the summit — their status as league leaders now only a case of goal difference.

The Premier League’s most effective and entertaining attack could not ruffle the Saints’ rearguard despite pouring forward as much as it poured down from above.

The hosts were disciplined defensive demons in the first 45. They were compact, shutting down any spaces Liverpool could look to exploit and not affording them time to construct their devastating attacks. 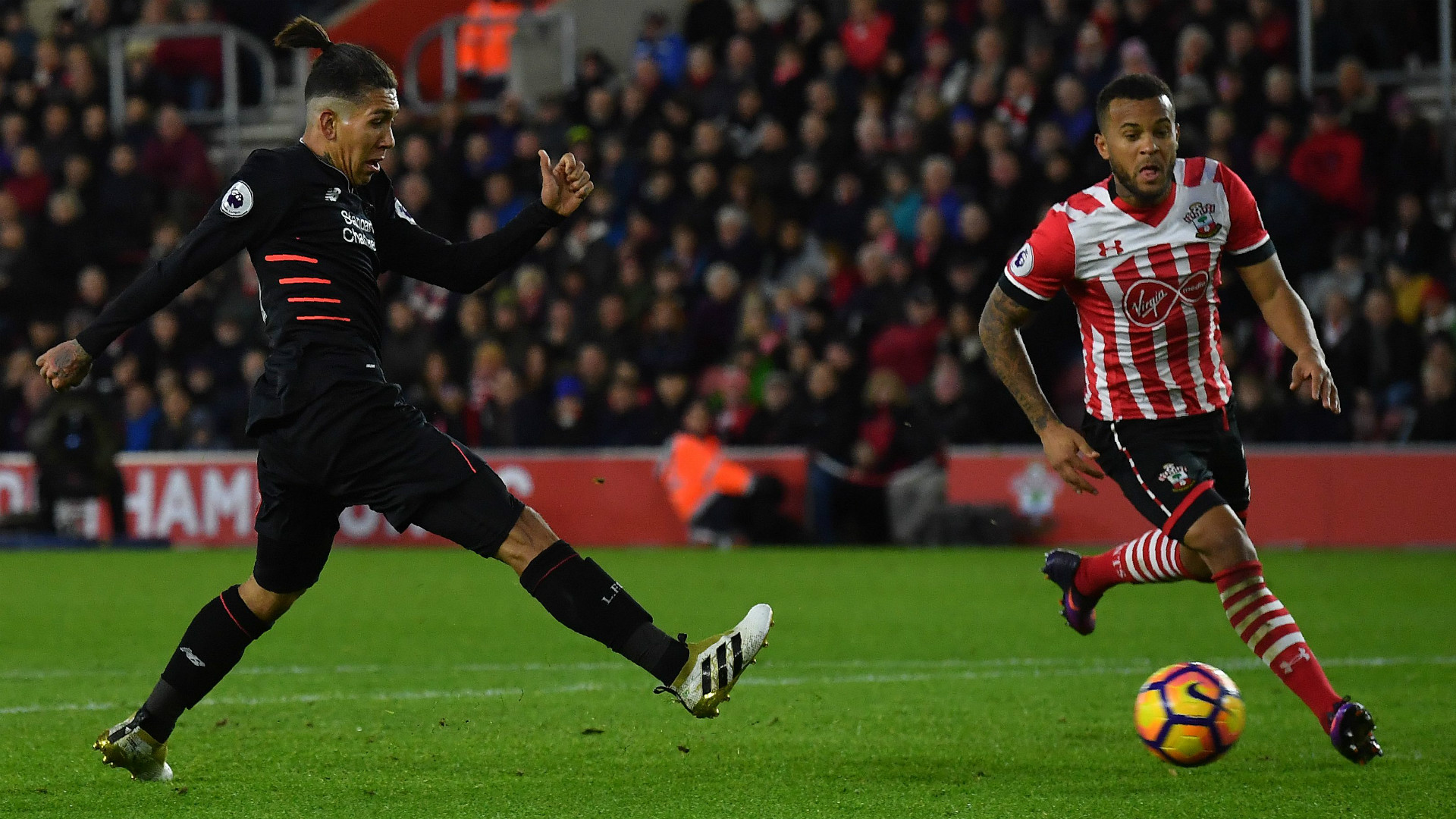 Virgil van Dijk was colossal at the back, with Oriol Romeu snarling at Coutinho and Claude Puel constantly barking at his charges to crowd their opponents out.

Sadio Mane, returning to St. Mary’s for the first time since his summer switch, had the best chances of the first half. The Senegal international forced a sharp save of Fraser Forster after being fed by Gini Wijnaldum. Van Dijk then made a timely, superb intervention to rob Mane of a shooting opportunity after some incisive work by Liverpool.

The second half produced more problems for Southampton to solve and, having won just once in their last five league fixtures, they were determined not to add another defeat into the equation.

Firmino was seething not to have been awarded a penalty after a shirt tug from Van Dijk, before Mane was thwarted by Forster again.

Coutinho then mishit under pressure from Jose Fonte, but Liverpool did not allow frustration to creep into their game and continued to create. 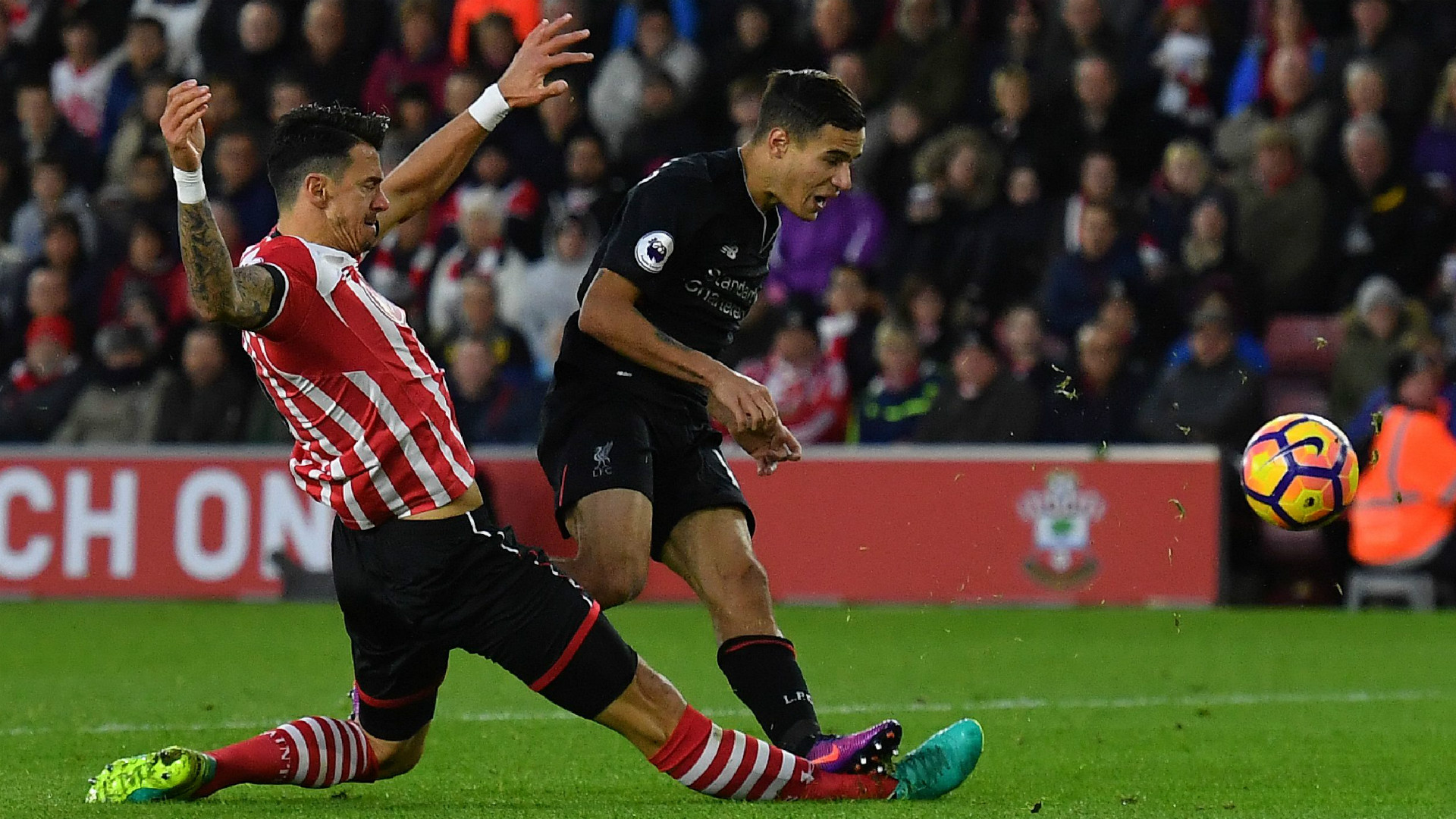 Charlie Austin somehow managed to clear Joel Matip’s header from the Brazilian’s free kick, before heading wide at the other end.

Liverpool ticked closer and closer to the breakthrough, with Firmino sliding an attempt narrowly wide after being supplied by Coutinho — Southampton were surgically opened up in that period of play and, as they started to get more ambitious, the visitors found greater space.

Daniel Sturridge was introduced for Emre Can and did wonderfully to create space for himself on the left, getting to the byline and delivering a cross to Nathaniel Clyne. The right back rose well, but headed wide.

Forster then saved from Firmino as Liverpool went again and again. 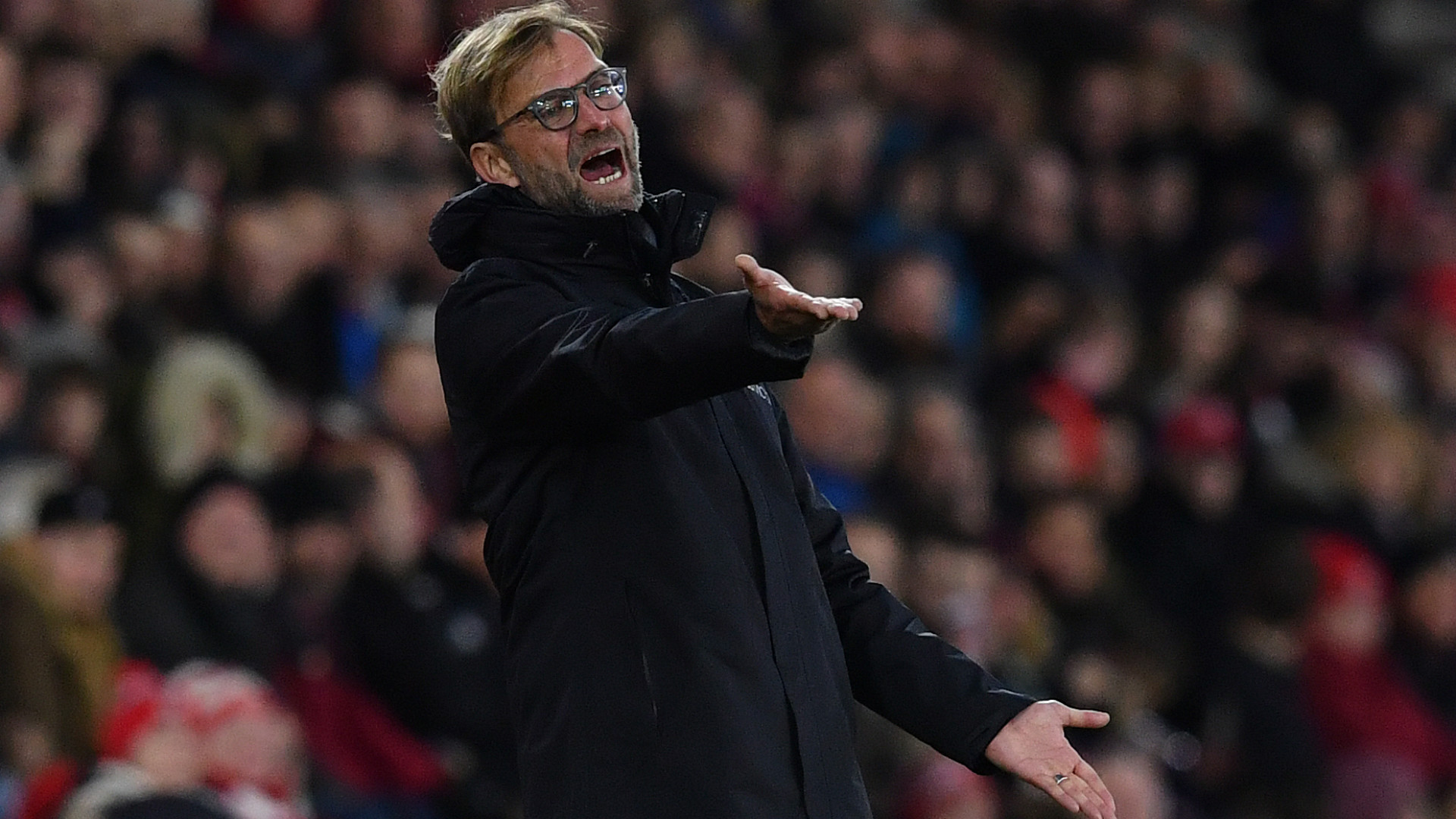 To their credit, the Merseysiders did not play out of frustration nor desperation and, while they kept pushing, with even the center backs advanced, they were steely at the back.

Dejan Lovren has not enjoyed encounters against his old side, but was solid alongside the ever-excellent Matip.

Klopp, completely drenched with his glasses welling up, followed every kick up and down the touchline, willing his side to play faster, to be more furious to make the breakthrough.

Time ran out for Liverpool at St .Mary’s, but this result means little in the marathon battle ahead.

The Reds are unbeaten in 13 and Sunderland will fear feeling the ill-effects of their frustration at Anfield next week.